Activity one: Bungee and Giant Swing at AJ Hackett Sentosa

“We did the giant swing first and were instructed to link arms to stabilise the swing. When the light turned from red to green, Hannah, who had control of the lever, went straight for it – it totally caught me by surprise. I definitely cried out a bit, a slight yelp. At the bungee, there are three options: you can get dunked in the pool below, have your fingertips graze the water or not get wet at all. I chose the second option but got dunked right in. On the other hand, Hannah jumped in silence without so much as a squeak and didn’t get wet.” – Firdaus

Hannah: “He arrived first and the staff brought me to meet him. He came across as rather bookish and relaxed. He’s also more quiet and not super chatty.”

Firdaus: “She’s pleasing on the eyes. She struck me as someone who doesn’t have much of a façade and is quite down-to-earth in her manner of speaking.”

“It was a Saturday so, naturally, Coastes was packed with lots of families and tourists. We had just finished the bungee and swing so we were quite sweaty – it was a humid day but it’s nice to be by the sea to take a breather. We had wings and salad for starters. Firdaus had a lobster pasta which he finished while I had a duck pizza – it was a lot of food for two. I didn’t ask to try the pasta because he didn’t seem like someone who shares food.” – Hannah

Hannah: “It was half and half. It felt okay when we were doing the activities but overall, I don’t think we were drawn to each other from the start. I think it was at lunch when I realised that we don’t really have any chemistry. He’s open enough but I can’t really read him just based on this first date.”

Firdaus: “We didn’t have natural chemistry – I feel that if we could hit it off, it should be roaring 15 minutes into the date. Unfortunately, it was just polite conversation about work and some common friends but it wasn’t taking off. I don’t know if it’s because it was the morning.”

Hannah: “I felt like lunch was a bit too long. There were a number of silent moments where we had nothing to talk about – that was awkward for me. It gets a bit trying, I suppose.”

Firdaus: “We had the most time to chat over lunch. She wasn’t very comfortable with conversation – maybe she’s a bit more restrained? I tried to be more social than I usually am and disarming but I think it didn’t quite work.”

“I haven’t done the luge before and Hannah said the last time she did it was quite a while back. We took the skyride to the top but the fun part was working the cart. We went down the Dragon trail, which is the longest and most scenic route. I still felt that it was way too short – it only lasted two minutes or so. Plus, it was starting to drizzle so we decided to end our date there.” – Firdaus

Hannah: “After getting something from Uniqlo, I got into my Uber and we went our separate ways. I didn’t really expect him to get my number. I wouldn’t know how to follow up either!”

Firdaus: “We took the monorail from Sentosa out to VivoCity. She needed to buy something from Uniqlo – she just took a top, didn’t try it, bought it and was done within minutes. Then she was like ‘my Uber is here, bye!’ and that was it. I didn’t get her number.”

Hannah: ♥♥ “That’s if I’m rating our connection. To be honest, it didn’t feel quite like a date. More like an after-school activity. I wouldn’t say it put me off but there was no chemistry – it was more like hanging out with a friend. Maybe if we hung out more, there might be friendship in there somewhere.”

Firdaus: ♥♥♥♥ “I didn’t get her number because I didn’t feel like she wanted to see me again or that we’ll go on a second date. I wasn’t too sure if I should’ve asked for her number based on how the date went. But it was a fun experience for sure – she was very laidback and chill.”

Wanna get set up, too? Fill in this form and we'll hook you up.

Can't get enough? Read on for other blind date stories 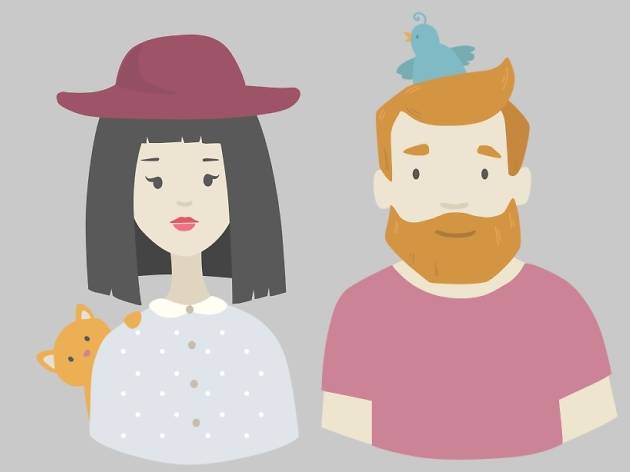