Chigusa in Yokohama will be open for business until April 10, then reopen in 2023 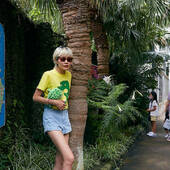 What is thought to be Japan’s longest running jazz café will only be open for a little while longer – it’s one of many landmarks closing this year – but jazz lovers needn’t worry about missing out. While the café’s last day of business will be on April 10, it will reopen sometime in 2023 as a jazz museum. Founded in Yokohama way back in 1933, Chigusa has been forced to close twice over its long history, but has always bounced back. Now, loyal patrons and music lovers are preserving it as a place to honour jazz culture in Japan.

Chigusa was established almost 90 years ago by a young man called Mamoru Yoshida. Yoshida, who was 20 years old at the time, wanted his café to be a place for musicians and music lovers to revel in Japan’s budding jazz culture over coffee. When World War II began, the government promptly banned jazz, along with any other music that belonged to the nation’s enemies, but Yoshida wouldn’t give up his livelihood. Instead, the café owner resorted to hiding his vast collection of 6,000 jazz records in his attic. During an air raid in 1945, however, Yoshida’s café was burned to the ground along with his beloved collection.

Three years later during the Allied Occupation of Japan, Yoshida reopened Chigusa near the American military base in the city as he worked to rebuild his collection. With a combination of donated vinyl records from his regulars as well as a number of V-discs (records distributed to American military personnel on deployment), Yoshida was able to rebuild his vast collection.

After Yoshida passed away in 1994, his sister Takako took over the business where loyal regulars continued to stop by for coffee and classic jazz. Takako was eventually forced to sell the café to land developers in 2007, but by then, Chigusa had a steadfast fanbase who were determined to see the shop survive. Together with the Yokohama Jazz Association, Chigusa's regulars applied for a government subsidy to reopen the café, which they were successfully able to do in 2012.

Now, as Chigusa nears the 90th anniversary of its founding, the café is set to become a museum and live music venue. The space will exhibit vintage V-discs and rare vinyl records as well as the same tables, chairs and posters that were used for decades in the café.

The café will operate as usual until April 10 when it will close for renovation. The new space will be a two-storey venue re-creating Chigusa café as it was before the 2007 closure. Chigusa is expected to reopen sometime in 2023.

Based on original reporting by Mari Hiratsuka and Aya Hasegawa.

More from Time Out

Survey: tell us what living in Tokyo is really like for you

How to make Japan’s famous soufflé cheesecake at home

These Tokyo train stations are getting a Harry Potter transformation

Want to be the first to know what’s cool in Tokyo? Sign up to our newsletter for the latest updates from Tokyo and Japan.