Now widely recognised as the gourmet capital of the world (sorry, Paris), Tokyo obviously has more than its fair share of celebrity chefs with global reach. But in a city with tens of thousands of restaurants, change is the only constant. With the next generation of top cooks plotting an impending takeover, we meet the up-and-comers who are making a name for themselves locally by breaking with tradition and challenging Tokyo diners to expand their culinary horizons. 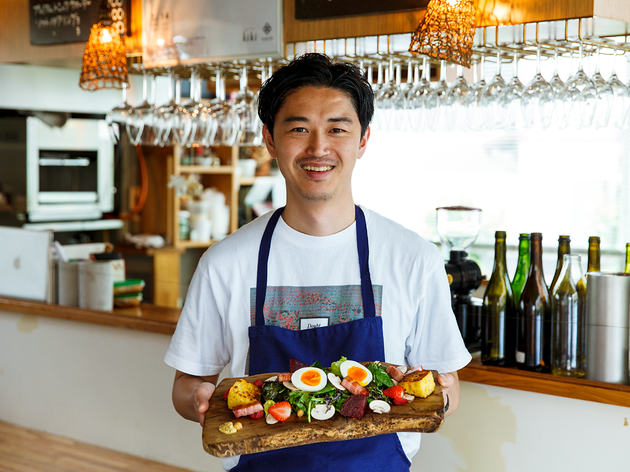 Hidden away in a quiet back alley just steps from the hustle and bustle of Harajuku lies Kiki, the domain of haute cuisine wizard Yuki Noda. Having moved to France at 22, Noda (now 34) worked at venerable Paris establishment Taillevent before returning to Japan to take up the sous chef position under Christophe Paucod at Kagurazaka’s Lugdunum Bouchon Lyonnais.

Noda went independent in 2011, leaving behind the hallowed halls of Michelin-starred restaurants in favour of a more casual setting in the form of Kiki. Hoping to attract a young clientele with seven-course dinners priced at a reasonable ¥5,000, he relies exclusively on Japanese ingredients – he believes that French cuisine on these shores should aim to reveal the ‘non-Japanese side’ of domestic produce. 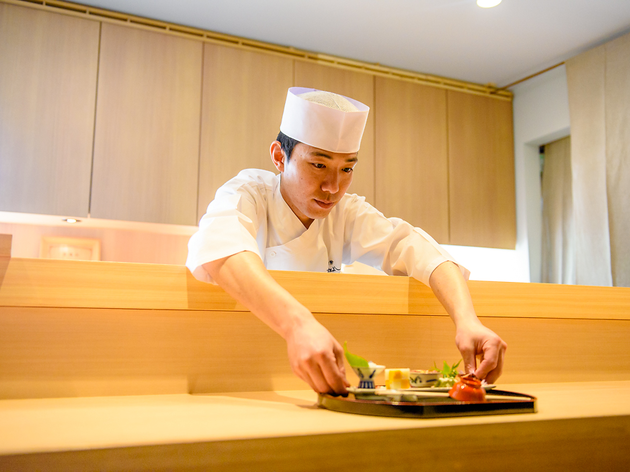 Kaiseki chef Yuki Tanaka studied the secrets of Japanese cuisine during a four-year spell at the renowned Kikunoi in Kyoto. He then went on the road, visiting more than 15 countries. These travels opened his eyes to the fact that a region's food culture is always born out of locally grown ingredients.

After returning to Japan, he finally opened Kappo Ise Sueyoshi in 2015, focusing on ingredients from the ancient city of Ise. The restaurant is ideal for enjoying the four seasons of Japan on a plate. Tanaka's dishes display a rich experience with and a deep understanding of the ingredients, conveying not only the passing seasons but also the scenery and traditional flavours of Japan. 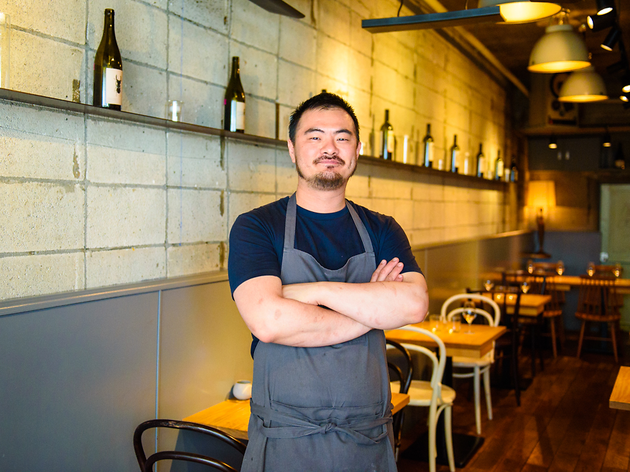 Foregoing the customary apprenticeships abroad, 32-year-old Shusaku Toba studied the art of both Italian and French cooking right here in Tokyo. Toba’s homeboy attitude has resulted in an incredible fusion of washoku and cuisine française.

At Gris, he conjures up artistic dishes such as the cacao nib foie gras sakura. This bonsai-inspired dish consists of a foie gras mousse and macaron base paired with essentially Japanese ingredients including miso, buckwheat seeds, and cherry blossoms pickled in salt. Toba, who aims to create flavours ‘unique to Tokyo’, also dreams of making his place an international destination. 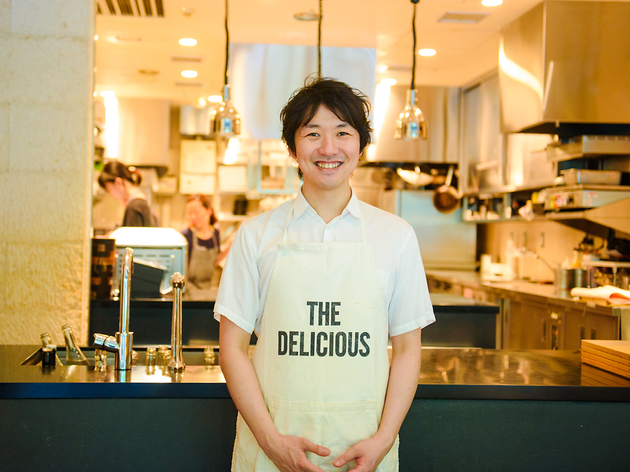 It’s no exaggeration to say that Shinobu Namae, head chef at the magnificent L’Effervescence in Nishi-Azabu, owes some of his fame to Kazunari Nakamura. The double-Michelin-starred master’s right-hand man for years, Nakamura struck out on his own in 2014, taking over La Bonne Table – a casual alternative to his very fancy former haunt.

Still only 36, the jovial cook has earned many a fan with dishes such as the artistic shiitake mushroom boudin noir narazuke. His harmonious symbiosis of Western and Japanese flavours is made by cutting small slits into the stems of the mushrooms, baking them until fragrant, and then combining these with boudin sausage and vegetables pickled in sake lees. Nakamura is dedicated to ecological eating, using ingredients and cuts of meat that might be discarded at more expensive places. 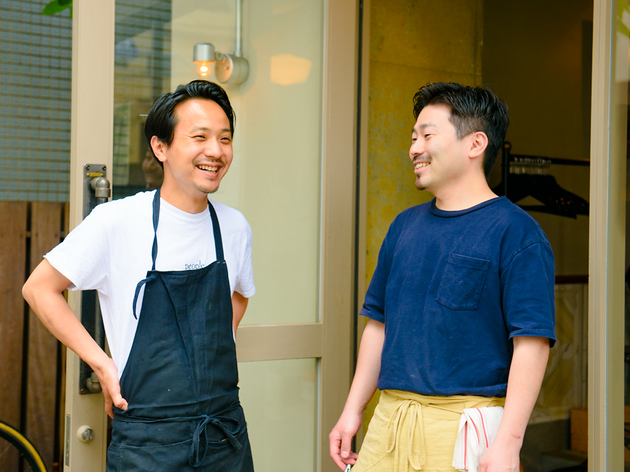 Having brought a puff pastry-powered bromance to its logical conclusion, chef Taichi Hara and pâtissier Yuichi Goto teamed up in 2015 to open Path, and the duo’s bistro-café has become a sensation in Shibuya’s Tomigaya. After a spell together at the Hyatt Regency hotel’s Cuisines Michel Troisgros, Hara left to open Bistro Rojiura in Shibuya, while Goto went on to become the first Asian chief pâtissier at Troisgros’s flagship restaurant in France. Reunited they’ve ditched the formal white tablecloths and starched chef’s coats and made Path a laidback delight. 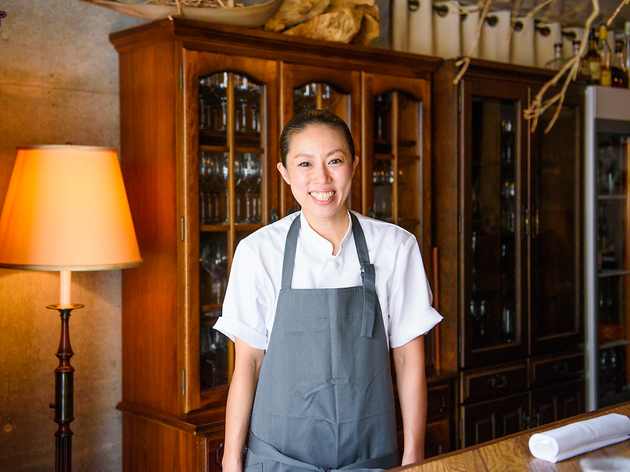 With female chefs unfortunately still a rarity in Tokyo, the woman behind contemporary American restaurant Julia stands out. But Nao, who goes by only one name and opened her own place in March 2017, isn’t interested in being labelled by gender. A former PR professional, she switched careers around a decade ago, honing her skills at several French restaurants in Japan before teaming up with sommelier Kenichiro Motohashi in opening a wine-focused eatery up in Tsukuba.

Now based in Ebisu, her 12-seat restaurant has only one communal table – yes, reservations are hard to come by. You’ll notice a Japanese touch in her dishes, provided by ingredients including soy sauce, wasabi and diligently prepared dashi. You can look forward to a different eight-course dinner every month, but practically every dish is meant to be eaten with your hands. 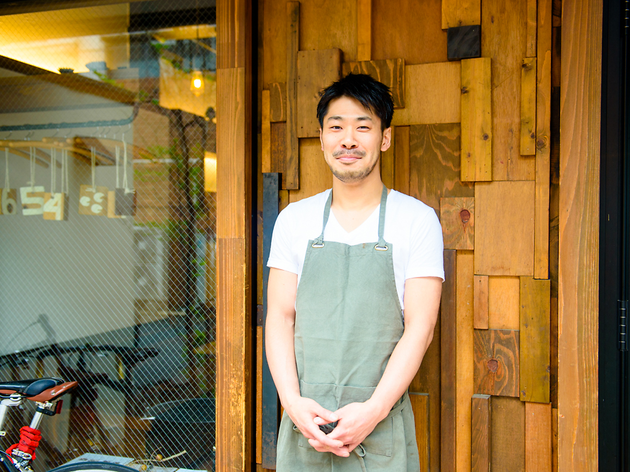 A restaurant that can raise the profile of an entire neighbourhood is a rarity, but Italian eatery Don Bravo has managed just that out west in Kokuryo. 38-year-old chef Masakazu Taira’s ‘Italian food unique to Japan’ is the product of a long culinary journey: After kicking off his career under the revered Tosei Hayashi at much-missed Hiroo eatery Acca, Taira honed his craft at several Michelin-starred establishments in Italy before returning to Japan for one more apprenticeship in Tokyo.

Having broken out on his own in 2012, the patient chef chose to set up Don Bravo in his humble home hood of Kokuryo. The local flavour is pronounced in Taira’s dishes, which are made with ingredients sourced from across Japan. 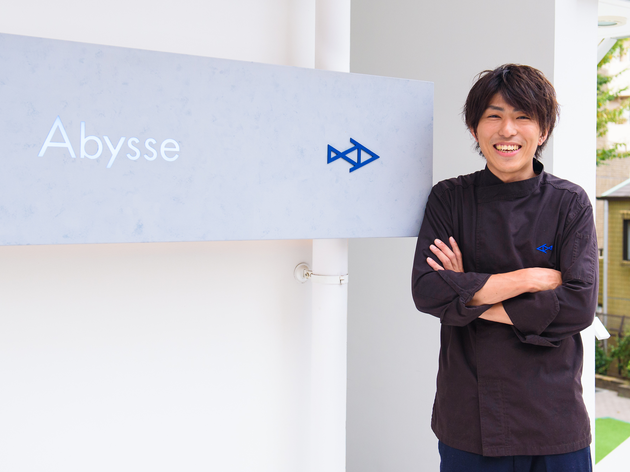 A self-styled ‘French seafood’ restaurant, Abysse seemingly popped out of nowhere in 2015 and surprised most Tokyo foodies even more by scoring a Michelin star the next year. Captained by 32-year-old Kotaro Meguro, a veteran of both Le Petit Nice in Marseille and Quintessence right here in the capital (both triple-Michelin establishments), this Minami-Aoyama eatery has been the talk of the town ever since.

Meguro set out to pursue the ultra-seasonal character of Japanese cuisine while staying true to French tradition, and found that such a combination is best expressed in the form of fish. Meguro is about as passionate about fish as you can get, tirelessly studying each variety’s properties and moving himself closer to the ideal preparation method. 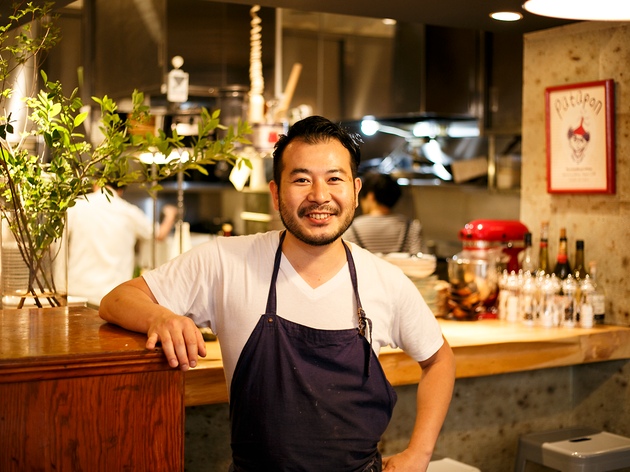 ‘I believe in the power of the ingredients’. Such is the simple motto of Takashi Arisawa, haute cuisine chef turned bistro owner. His frill-free but innovative dishes have quickly raised the profile of Le Ginglet in Iidabashi, run by this veteran of the famed Ohara et Cie in Nishi-Azabu, renowned as one of Tokyo’s toughest kitchens.

Arisawa makes the trip to Tsukiji every morning, but his passion for produce doesn’t end there: the jovial chef burns plenty of his free time on visits to wineries, sake breweries and farms, sometimes even taking part in hunts to deepen his understanding of what ends up his cutting board. One tangible result of this fervour is Arisawa’s Ezo deer hamburg steak, a fluffy and light but moreishly umami-packed piece of meat that many fall in love with at first bite. 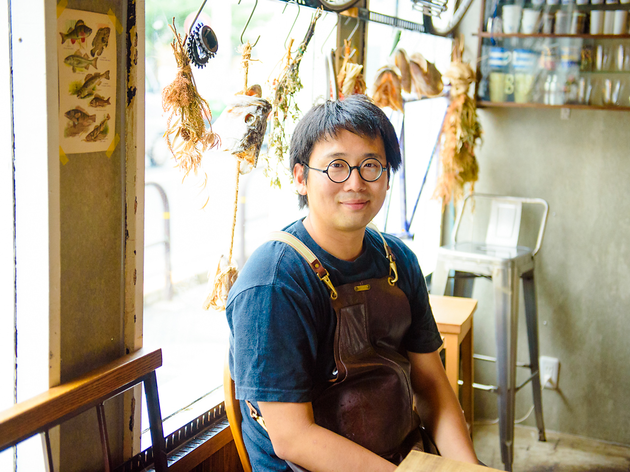 Run by the enigmatic Kan Morieda, one of Tokyo’s most visible young chefs and the instigator of his very own cooking style – ‘punk cuisine’ – Salmon and Trout is a mishmash of influences and innovations. Part of the eclecticism is due to Morieda’s colourful work history: He soaked up experience at places as diverse as Sydney’s Tetsuya’s, Kogetsu in Aoyama and Jeff Ramsey’s Tapas Molecular Bar, before breaking out on his own and embarking on a whirlwind career of event planning, recipe production and food mag editing, in addition to manning the counter at S&T six nights a week.

Morieda’s dishes incorporate southeast Asian condiments and techniques, and in true punk spirit, he never pay much heed to tradition. Take the fermented tomato and watermelon soup, a bright red liquid that hovers somewhere between dashi and cold-pressed fruit juice. It gets an additional kick from fresh camomile oil and pickled white strawberries. 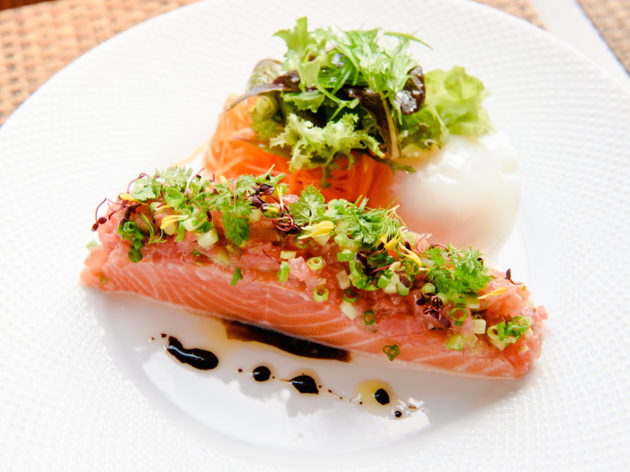 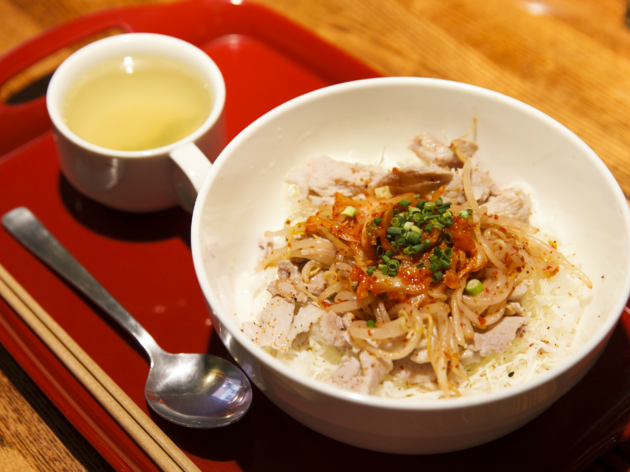