The world is fascinated with Japanese products, not just for their ingenuity but also for their slick, modern designs and sheer cuteness. Our nominees this year make up a varied list; in it you'll find 2017's hit products, cool fashion trends, functional items you never thought you needed, new toys and delicious treats. 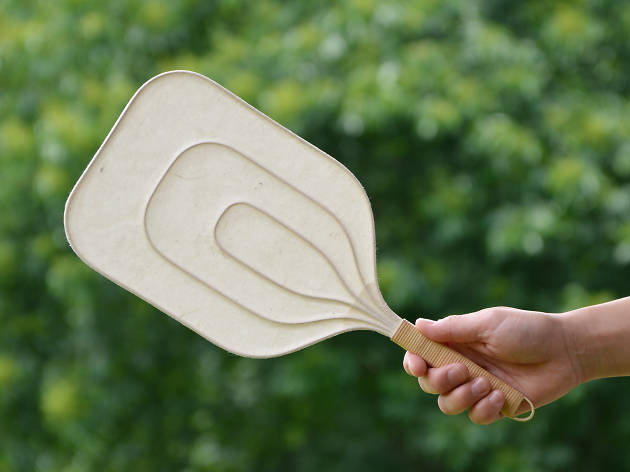 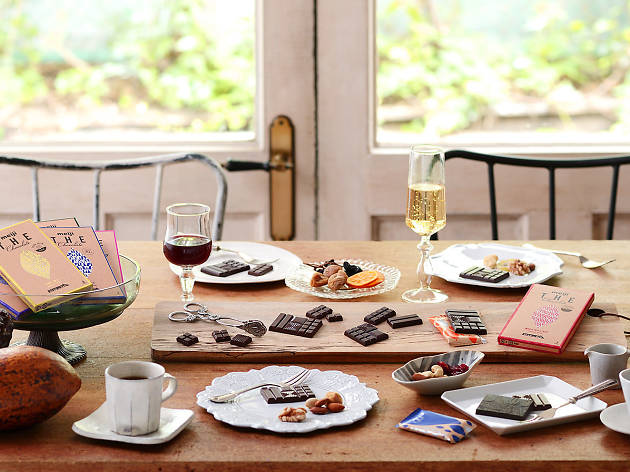 Meiji The Chocolate – a low-cost, high-quality chocolate bar – is one of 2017’s hit products. Why? Because it's revolutionary to be able to buy a bean-to-bar chocolate at this price: around ¥300 (or about USD3). Plus, you can easily get it at a convenience store. The chocolate bars range from the milky and fruity Framboise with 44 percent cacao (sourced from Brazil's Tomé-Acu region), to the slightly tart Elegant Bitter that's comprised of 70 percent cacao. In fact, you can learn more about each variety's taste profile plus the cacao beans' origins on Meiji The Chocolate's website. 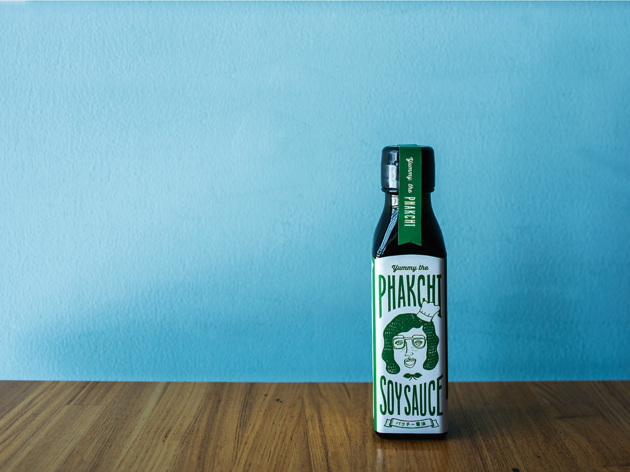 Pak chee (coriander) is booming in Japan. The aromatic herb has become so popular that beyond coriander crisps, cookies and other edibles, it has now even taken on that most ubiquitous of Japanese products – soy sauce. That's right, you can now get a bottle of shoyu packed with a little leafy flavour for you to spice up your meal. The new coriander-infused soy sauce was developed in collaboration with a famous soy sauce maker and contains minced garlic and sesame oil – besides coriander of course – for a nice kick. It’s a versatile sauce that goes well with many different types of food. 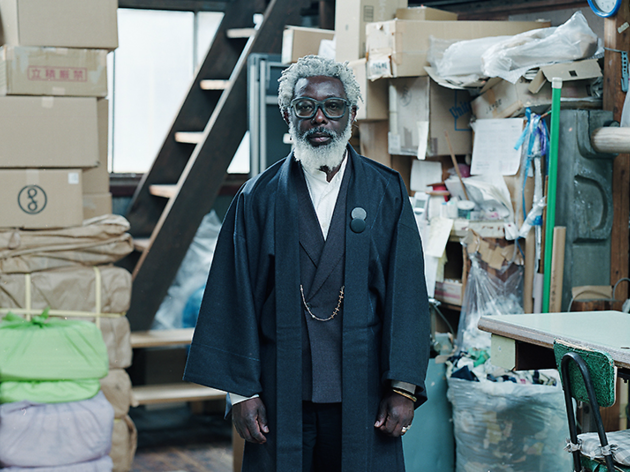 Norwegian designer T-Michael and kimono tailors Y. & Sons (part of kimono manufacturer Yamato Company) have brought the two fashion worlds together, collaborating to create a stunning kimono 'suit' dubbed the T-Kimono, comprised of a woollen haori jacket and a woollen kimono. The ensemble is a perfect fusion of Japanese and Western styles, featuring design and tailoring touches you'd usually find in Western-style men's suits while still keeping a kimono silhouette. As a whole, it exudes a sleek, modern feel – this truly is a kimono you can wear without being considered eccentric. Perfect for those camping trips out in the wild, this SolarPuff lantern is a priceless item you'll pack every time without a second thought. It's collapsable into a compact size for easy carrying, it's light, and it's rechargeable using solar energy. What's more, it's completely waterproof and can withstand extreme weather conditions, making it particularly useful for disaster management. 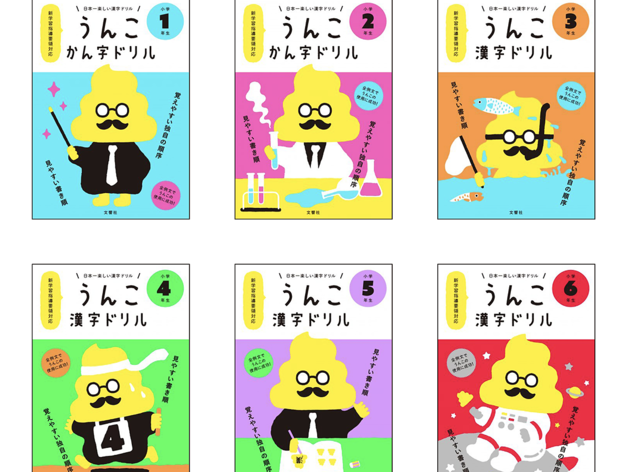 Yes, you read that correctly: the hot way to learn those pesky kanji characters now involves poop. Luckily, we're talking about the exercise book called 'Unko Kanji Drills'. Released in March this year, the series teaches elementary-school kids their essential kanji by giving them exercises based on the word for poop, unko. These crap-tastic drills consist of sentences with words or combinations that incorporate the sound 'unko' in them, while the bit that you need to fill in is always perfectly turd-shaped. Toilet humour may not appeal to everyone, but we guarantee you'll remember your characters properly this way. 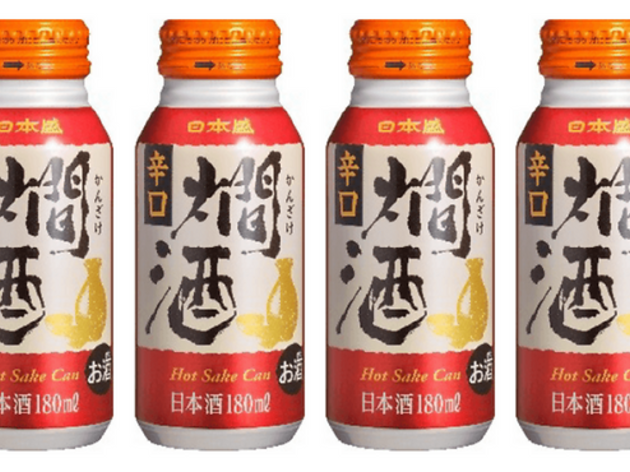 For years, there was one massive omission from the hot drinks section in convenience stores come winter: hot sake. Now, Nihonsakari, a major sake brewing company in Hyogo prefecture, has finally managed to bottle the hot stuff and make it drinkable. The cold months ahead just became a whole lot merrier.  Why the delay, you ask? Well, sake quality generally deteriorates considerably when heated, so hot sake could not be sold at convenience stores – until Nihonsakari succeeded in creating yeast that wouldn’t easily emit the smell of degraded sake. After years of work, they managed to develop a quality sake that does not suffer from reduced flavour, even when heated repeatedly. 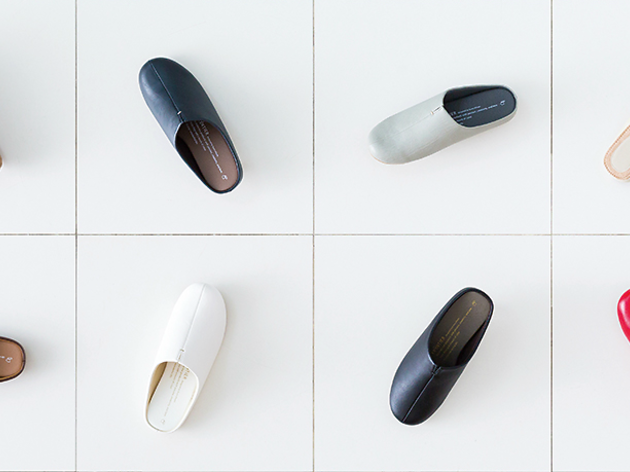 These room's indoor slippers by Frontier look presentable enough to be worn outside. All thanks to the leather-look material, which lends the simple, minimalist design a distinctive beauty. What's more, these slippers are highly functional in that they are specifically engineered for walking. Sounds too preposterous a claim? Not when you consider these nifty details: The toes of the shoes are raised significantly higher than normal shoes, while the sole is made with non-slip material. These features help prevent the slippers from falling off, and at the same time, reduce the chance of you stumbling. A Hatchimal is what all the cool kids want this year. It is like a Furbie, except for the fact that you actually have to hatch it. It comes in a shell, and with much love and care (and, ehm, rubbing) it'll break open, brand spanking new and ready to be raised.  It's like a 'real-life' Tamagochi. After incubation and hatching, there are three additional development stages; your little robot pet will also learn to walk, talk and play games. Go through these and only then can you call yourself the proud owner of an adult Hatchimal. 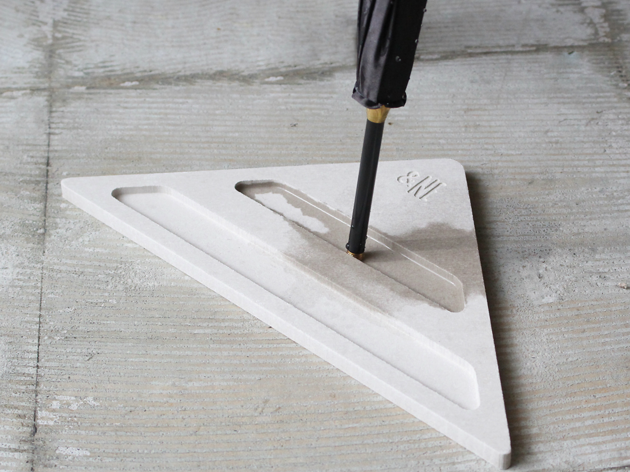 Enter &ne's diatomaceous umbrella stand to end all your rainy day woes. What umbrella stand, you ask? Well, diatomaceous earth is a nifty natural substance that absorbs water easily, and is therefore often used as a drying agent, building material, and insulation material. Bath mats, coasters and other items made from this water-absorbing mineral started becoming popular in Japan last year, but this umbrella stand is a first in its triangular simplicity. It doesn't take up a lot of space: You can place it on the floor in any convenient corner, out of plain sight, and it will absorb all the water that drips from wet umbrellas.