On the launch of his new album, Tash Morgan-Etty talks to M.anifest about his new album Nowhere Cool, the collaborations, and his creative process

“An album launch, where!?” I thought when I received the invite. Yes, a luxury car showroom was an odd choice of venue for M.anifest’s unveiling of Nowhere Cool, but it worked. In fact, much like the tracks on the album, the sleek, modern, and squeaky-clean triple volume Jaguar / Land Rover showroom is fresh, new, and cool. 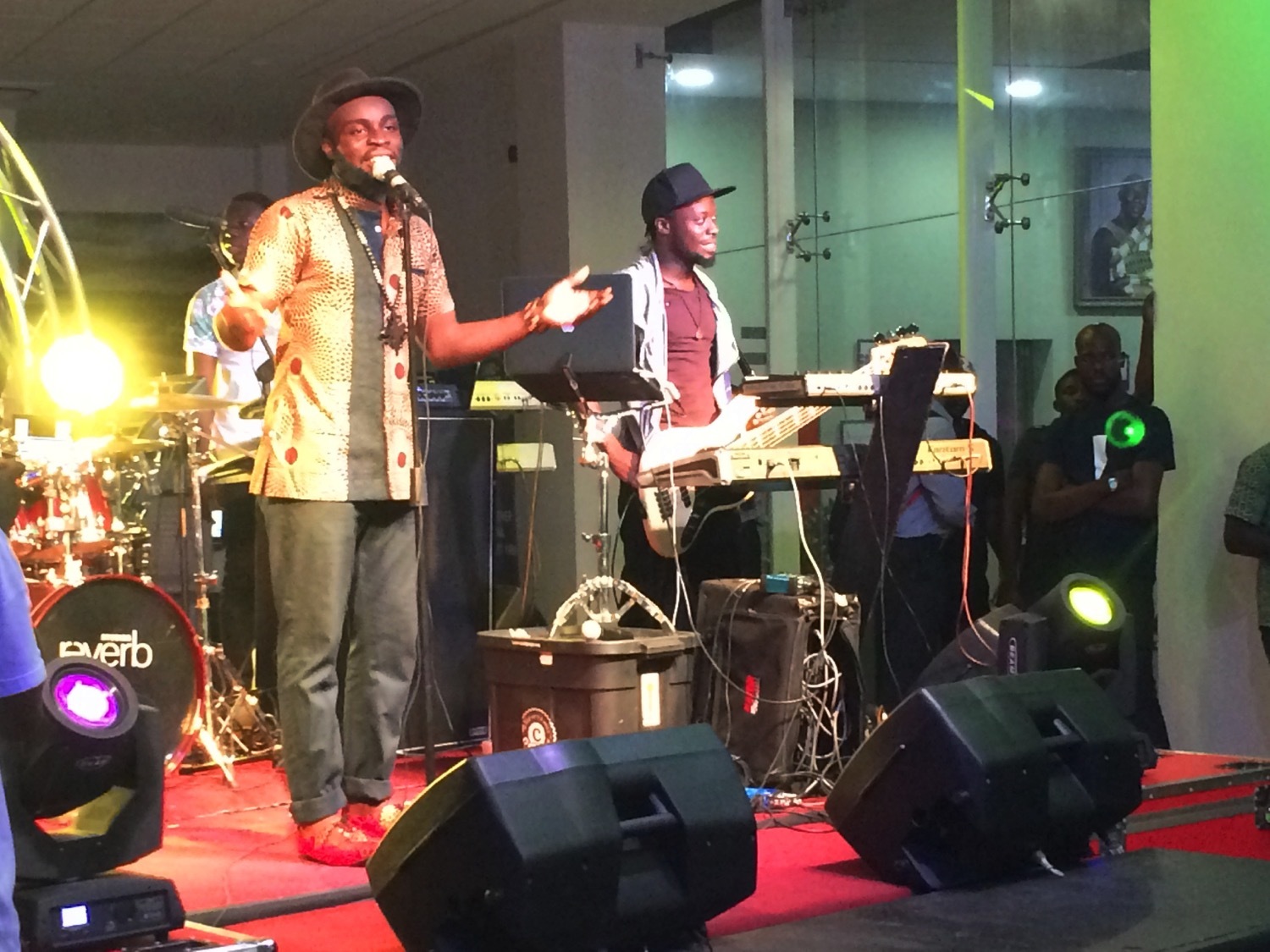 Greeting guests at the door were the cheerful team from events and PR company, Jam Jar. Jam Jar founder, Frances Koshii Quarcoopome, took a moment away from her duties to chat to me about why they chose the showroom for the launch. “We wanted a space that people don’t normally use,” she said. We didn’t want to use your regular concert venues, and wanted to see if we could transform a space, and I think we did that. All the cars are out of the showroom, and we set up the exhibition.”

The exhibition of the Nowhere Cool album artwork (one for every single) certainly enticed guests into the space, but it was undoubtedly the excitement of being the first to witness M.anifest and friends perform tracks from his eclectic new album live that kept the crowd captivated. He did not disappoint. Nonchalant and engaging, the artist invited us enthusiastically in to the world of Nowhere Cool, and had the whole room nodding their heads to the beat in no time. 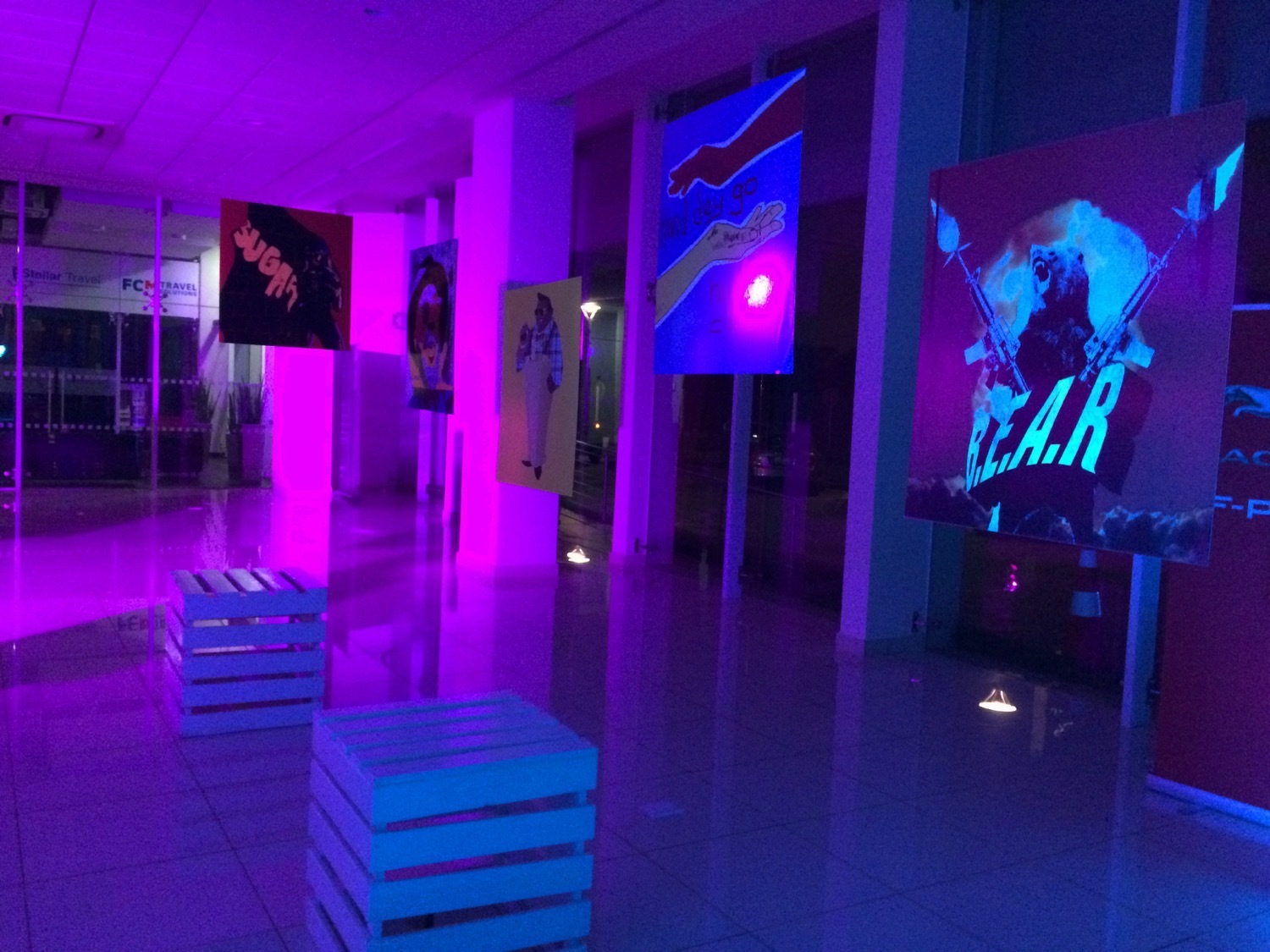 Once the (star)dust from the launch had settled a few days later I caught up with M.anifest to ask about the artwork, the collabo’s, the music, and his muses. Here’s what he had to say.

Guests were welcomed into the launch venue by the album’s eclectic artwork. Please tell us a little about what inspired these images, and who you worked with to create them.

When the album was near completion I invited Hanson Akatti over to the studio for an advance listen. I shared with him my vision for Nowhere Cool and we began a conversation about him doing artwork for some singles. By the end of the conversation the vision got bigger and we agreed each song on the album deserved its own artwork.

The same collaborative spirit as the artwork applies to many of the tracks on Nowhere Cool, with artists such as Tumi Molekane, Dex Kwesi, Brymo, Nomisupasta, Worlasi and Cina Soul’s contributions weaving layers of richness in between your own solid vocals. What informed your choices as far as these collaborators are concerned? And, who did you enjoy working with the most?

My collaborations are very specific. I approach them how would I would a jigsaw. The right voice, vibe and mind that is the perfect piece needed to complete the Nowhere Cool puzzle. All the collaborators on the album are very gifted, and brought special ingredients that really helped shape the album. The Brymo and Worlasi collabs were especially vibey studio sessions. I enjoyed all the collabs though. 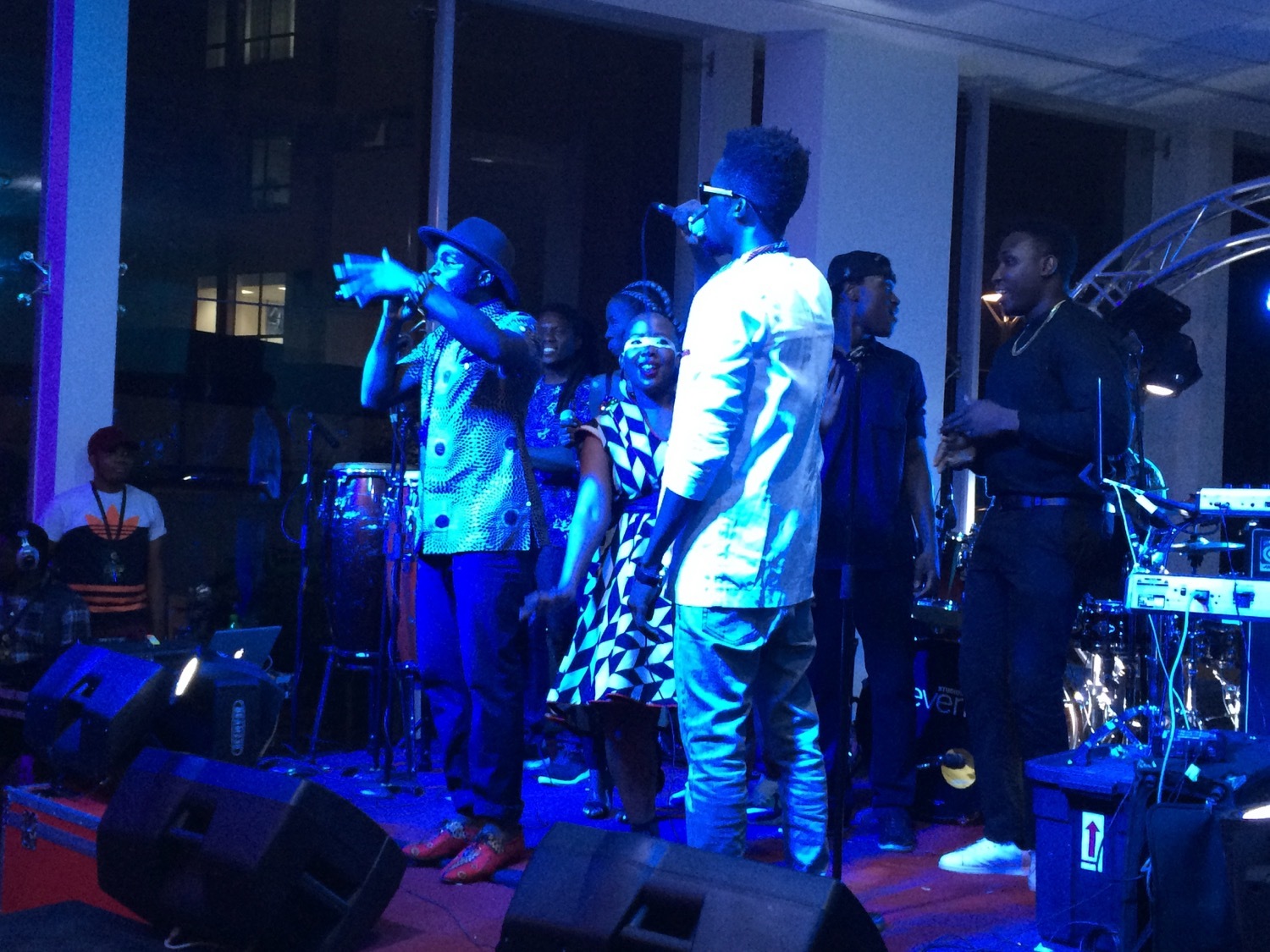 As someone who is not particularly interested in hip-hop or highlife I’ve found Nowhere Cool accessible, relatable, and very enjoyable. How do you strike a balance between crafting music that straddles these genres, but yet incorporates so many other influences, and achieves such broad appeal?

I don't worry about balance so much, I just avoid drowning my voice - which is what happens when you chase trends or pander to what's working on radio. The music I make is a logical extension of who I am; a Ghanaian with deep worldly ties. The amount of work put in the craft shows, and since music is a spiritual force it's felt even if my vehicle is not someone's cup of tea. Ironically when one becomes more stubborn about a musical direction, and less concerned about pop appeal, is when more people tend to be attracted to the music.

Accra is your home town, and now your base. How did it influence your creative process/es on Nowhere Cool? And, what does the city mean to you?

Accra and I are in a complicated long term relationship. When I leave her I miss her, but I need breaks from her every now and then. Accra is innovation, joy, frustration, freedom, complacency, simplicity, congestion and all around goodness and ridiculousness. You really could sum Accra life as Nowhere Cool. As long as I live in Accra, it has an unrelenting influence on the music I'm making. Accra's vibrations are on Nowhere Cool.

What’s next for M.anifest? What will the coming year bring for you and your fans?

The Nowhere Cool journey has just begun. There is a lot of terrain this album is meant to cross. Nowhere Cool conversations are on the horizon in the halls of academia. There are videos and remixes all in sight for Nowhere Cool as well.

Find out more about M.anifest and Nowhere Cool on www.manifestmc.com 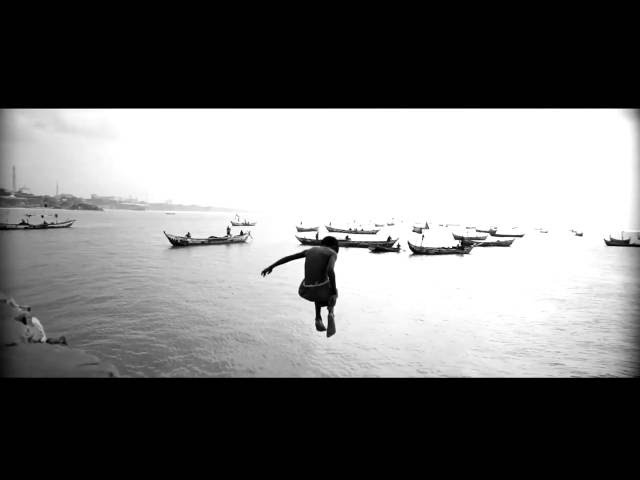