This vast temple houses the magnificent Reclining Buddha. Made from brick and gilded plaster, it measures 46 meters by 15 meters and depicts the posture of the Buddha while entering nirvana. Wat Pho also has 99 stupas, two of which hold the remains of kings Rama II and III. The latter insitute Wat Pho as Siam's “first university” during his time – wall inscriptions give lessons in astrology, history, literature and, famously, massage pressure points. The temple remains a repository of traditional medicine and nuad paen boran (ancient massage), and, until now, accommodates a massage school in its premises. 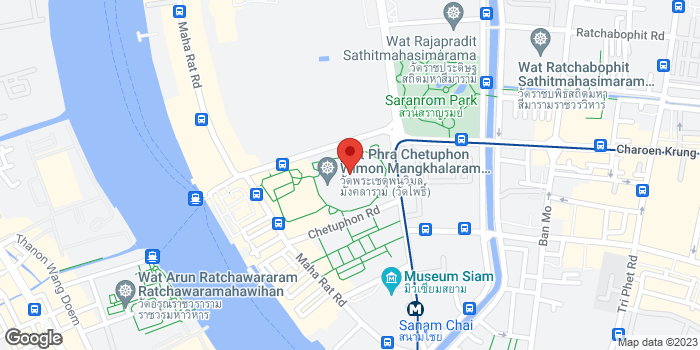