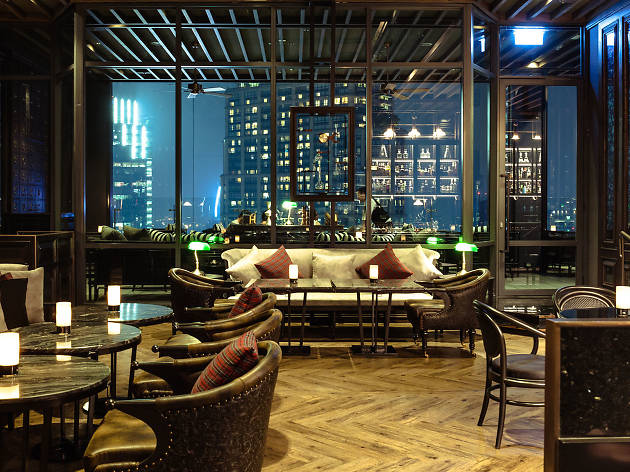 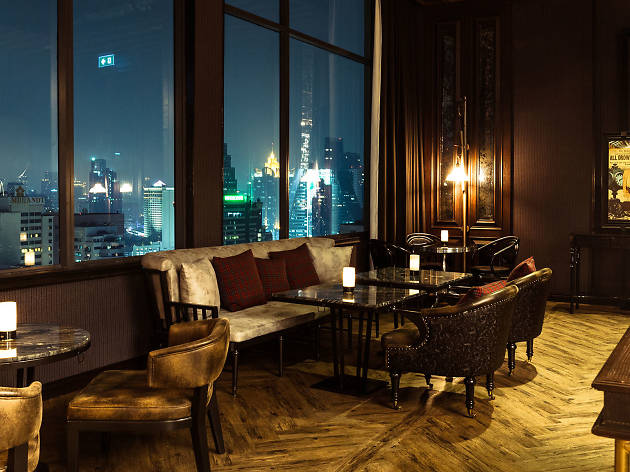 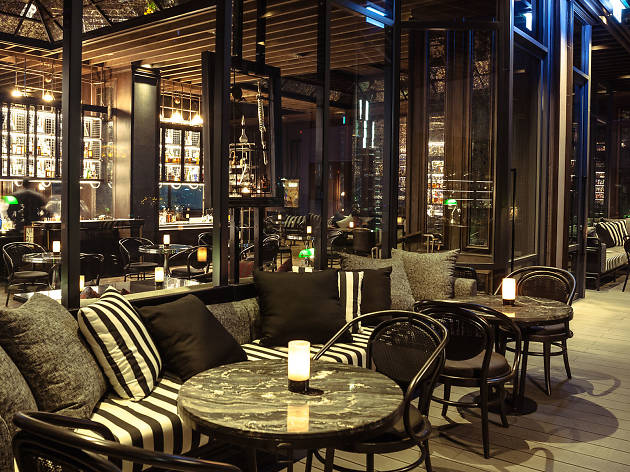 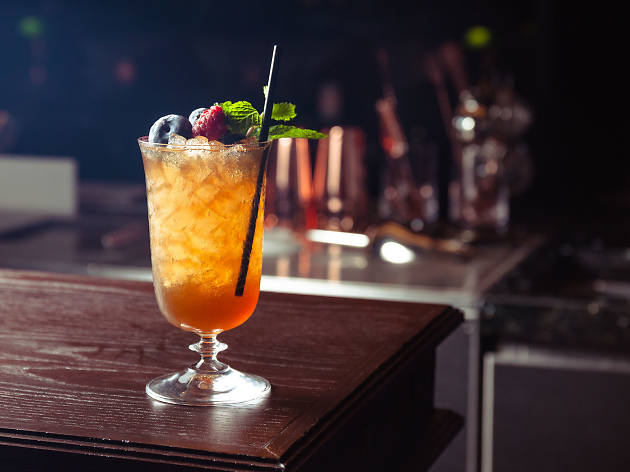 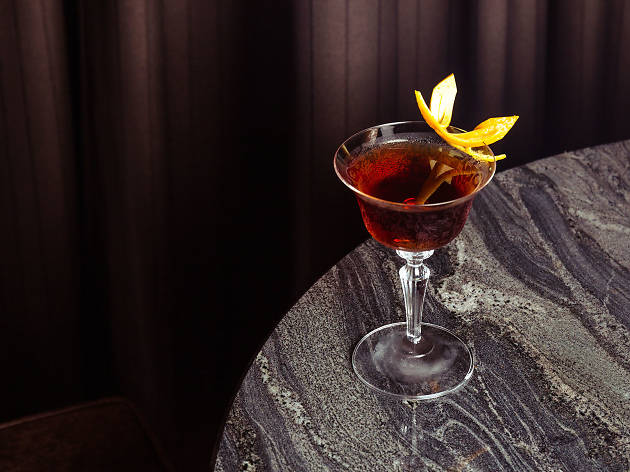 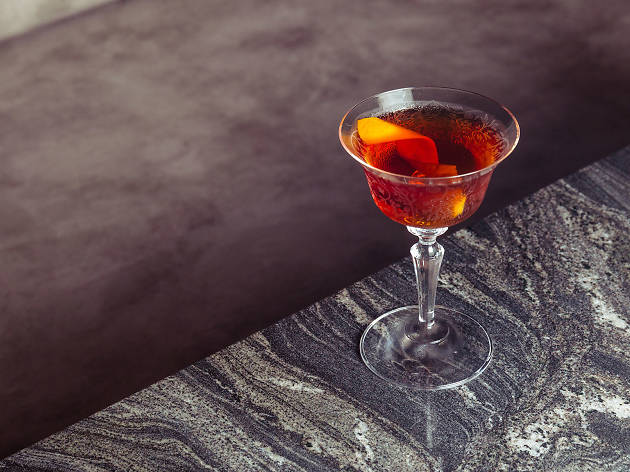 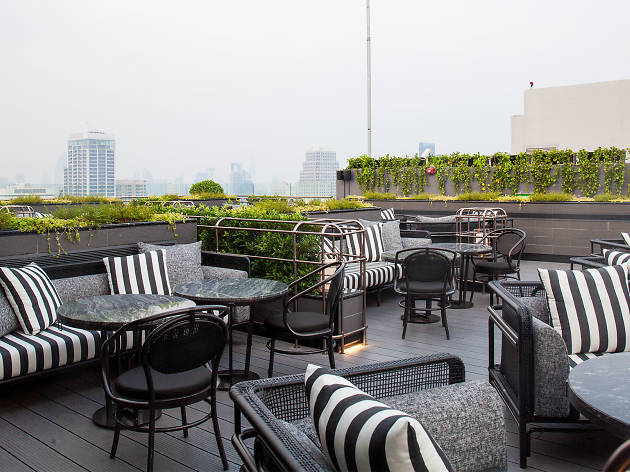 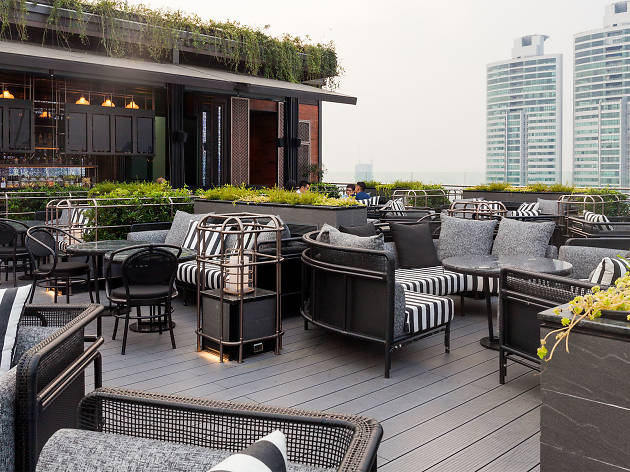 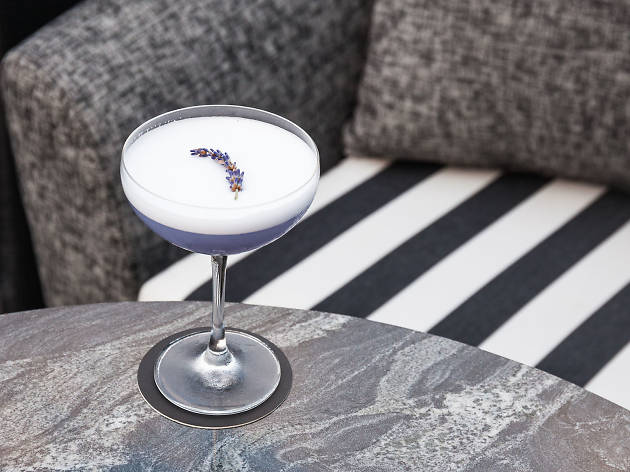 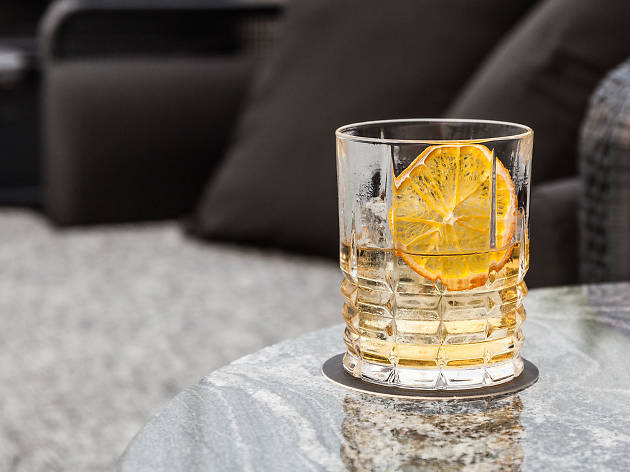 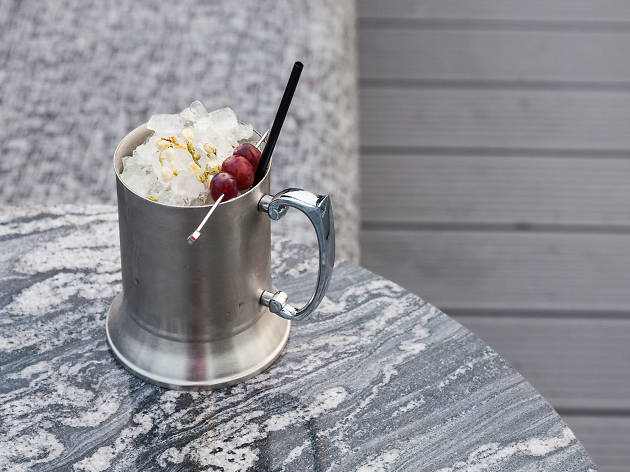 Posh hotel bars that serve great cocktails are, in most cases, rare in Bangkok. (We usually encounter juice-heavy numbers that skimp on booze). But new waves of establishments, including Bangkok Marriott Marquis Queen’s Park, are doing their best to change this situation.

Launched alongside the highly anticipated Akira Back restaurant, ABar impressively combines style with substance by pulling off well-rounded libations in two distinct venues: a Victorian-themed drinking palace and a rooftop drinking space up above.

Upon entering the bar, your eyes are met with awe-inspiring, moodily lit interiors that make the most of dark wood, black marble and brass details to pay tribute to Victorian London aesthetics and gritty retro-Manhattan elements. (The whole thing looks like something straight out of the film Fantastic Beasts and Where to Find Them.) The outdoor terrace, fitted with apothecary-like cabinets, provide an area for puffing on vintage cigars while looking out to Sukhumvit’s glittering skyscrapers.

The bar is helmed by Rojanat Chareonsri, who honed his skills at Nopa Kitchen + Bar in Washington DC and Fillets in Bangkok. The cocktails put the focus on premium dark spirits, so expect whiskey, rum and cognac to make their way into your drink (though we also noticed a couple of gin-based items). Study in Stone is a sour with Nusa Cana rum, sherry cream, citrus oleo saccharum (macerated lemon oil) and lemon (B415). Another offering, The Oxford, smartly reinvents the classic cocktail, Harvard, with the use of Martell VSOP cognac, cardamom syrup and aromatic bitters (B435).

While the main bar teems with elegant masculine touches, the rooftop venue one floor above is a more casual space set off by garden plants and cushioned seats. Managed separately from its big brother downstairs, this alfresco bar specializes in gin—there are approximately 55 different variants, making this one of the city’s most impressive gin collections. Here, mixologist Saimai Nantarat conjures up signature items like the fragrant Be Gin (Beefeater 24, Luxardo Maraschino liqueur, lavender syrup, lemon and egg white, B375), and a gin-based version of the Old Fashioned that mixes aged gin with coffee and vanilla syrup.

The drinks at ABar may be more innovative than experimental, but they are outstanding in terms of flavor. Chalk this up as one of our new favorite cocktail joints in the city.