Baan Phraya aims to take you back to the 1920s for an elegant dinner feast.

Let’s pretend we’re back in the 1920s, during the golden era of Siam, and have ourselves a good time over elegant Thai fare.

Situated in a heritage house near The Oriental Spa, Baan Phraya takes inspiration from the life story of the house’s former owner, Phraya Mahai Savanya, who assumed many high-ranking positions, including Minister of Commerce, during the reign of King Rama IX. During his time, the Phraya and his wife, Khunying Loearn Mahai Savanya—according to the research of Mandarin Oriental Bangkok—regularly hosted dinner parties for peers and colleagues that featured a spread of delectable dishes and traditional live music.

The historical structure later became the Mandarin Oriental’s cooking school, until recently when it was converted into a new restaurant called Baan Phraya. Under the leadership of Chef Patchara “Pom” Pirapak, Baan Phraya revives age-old Thai recipes and redevelops them to create dishes with a modern flair.

For its introductory offering, Baan Phraya has a multi-course tasting menu consisting of long-forgotten dishes inspired by Phraya Mahai Savanya’s memoirs and taken from old cookbooks, not to mention Chef Pom’s own grandmother.

Before the meal starts, you will be escorted to the outdoor balcony where you can enjoy the fresh air, river views and a kombucha drink made with bael fruit and Mandarin Oriental’s own mulberry honey. Pineapple relish with peanut and tamarind is served along with the drink.

You are then ushered to the house and seated for the meal. The first course is an amuse bouche inspired by the flower-shaped Thai cookie khanom dok jok. Chef Pom tweaks the traditional snack by giving it a savory flavor using crab roe and a hint of bitter orange.

The next dish is a winged bean salad that’s given a modern feel with Hokkaido scallop, but the use of a century-old fish sauce allows it to retain traditional flavors.

Just before the main courses, you’re given a palate cleanser of pomelo, rose apple and pineapple. The fruit salad prepares your taste buds for grilled Surat Thani river prawns seasoned with young tamarind and chillies and served with tomalley (prawn fat), and panang curry with Australian Wagyu beef and organic brown jasmine rice on the side.

Do save room for dessert because Baan Phraya doesn’t hold back on this front. A sweets trolley carrying about 15 different Thai desserts is wheeled in. You need to try at least these four: the coconut ice cream, custard apple in coconut milk, pink guava with salt and chilli, and the bitter orange granita. 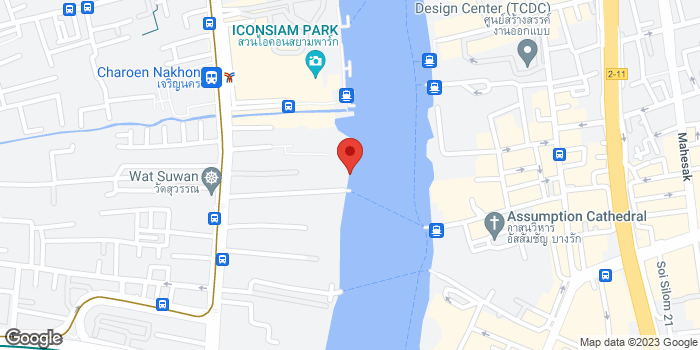