Restaurants, Thai Asok
3 out of 5 stars 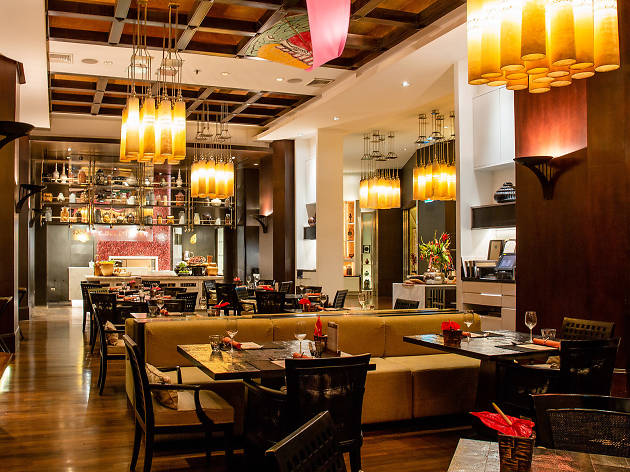 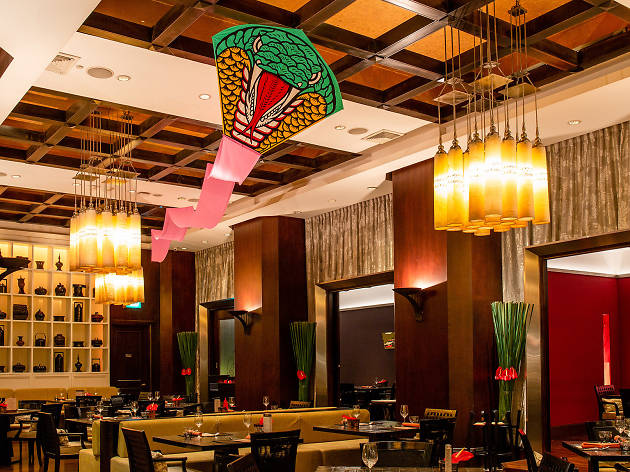 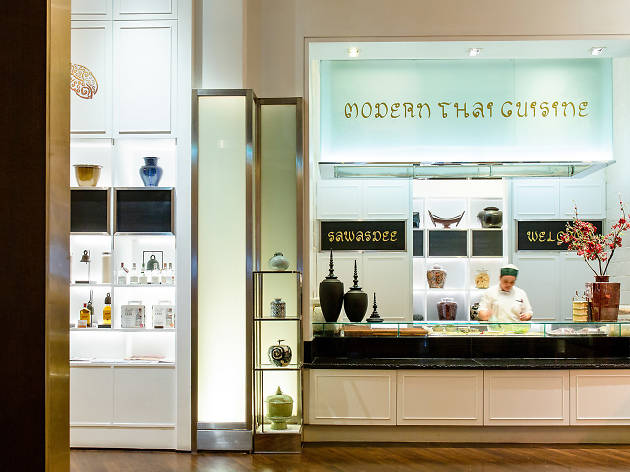 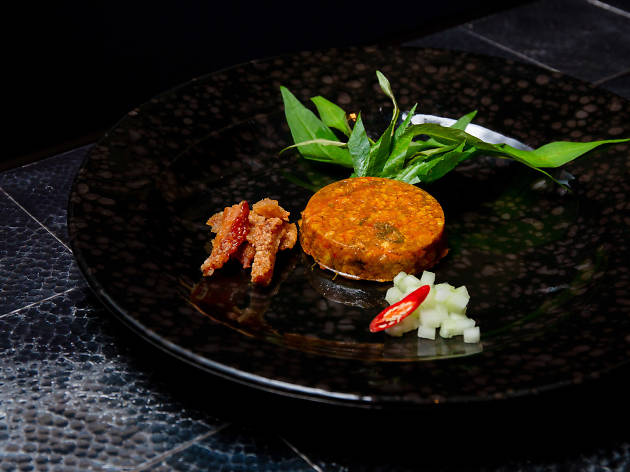 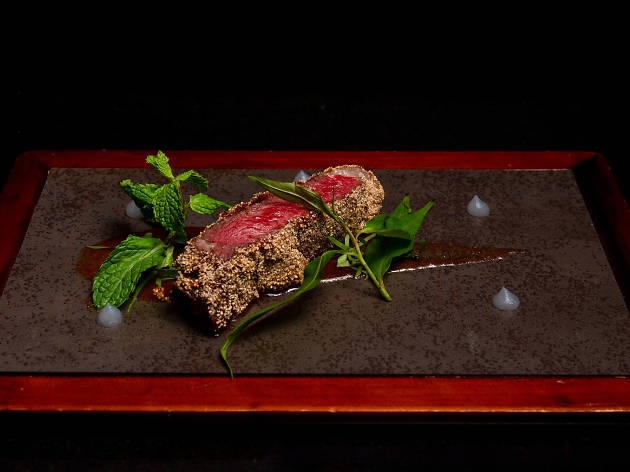 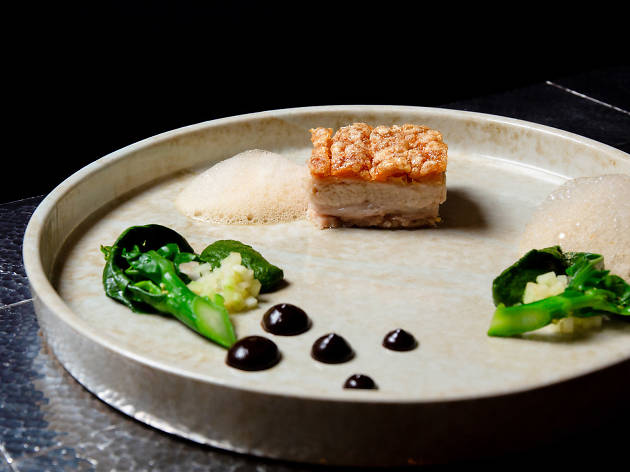 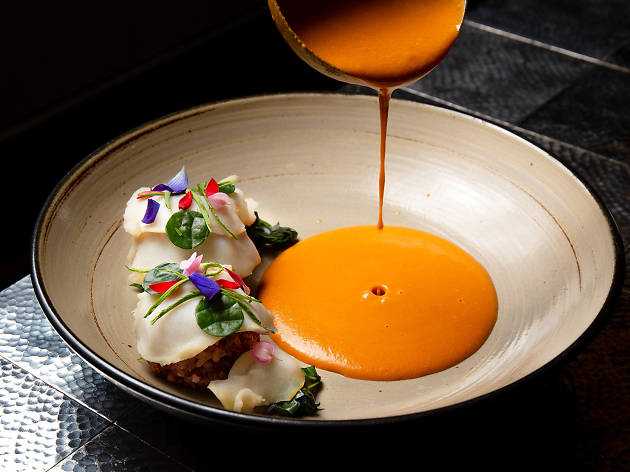 You thought you knew Basil, your typical Thai hotel restaurant that serves tourist-geared dishes at the Sheraton Grande Sukhumvit Hotel—at least, it used to? If you haven’t visited the past four months, Basil may just surprise you. The restaurant recently celebrated its 20th anniversary with an entirely new concept. The same old interiors don’t say much, but Basil is evolving into a new era, starting from what’s inside the kitchen: the food.

Thai remains—and will always be—its true calling, yet the food is given a facelift by Chef Krit Prathuangsukh, who injects his intercontinental experiences—studies at LA’s Cordon Bleu, internships at restaurants in Japan, and hours at Rossini’s—into Thai cuisine, which he learned during years traveling around the country. A la carte treats have been replaced by seven- and nine-course "Taste of Summer" set menus (B1,650/B1,850), inspired by fun summers during the chef’s childhood.

We recommend the nine-course set to better embark on a journey through Thailand’s many regional fares. Starting off the meal is khao jii pon pla, an Isaan-inspired amuse-bouche that features grilled sticky rice topped with a spicy paste made of ground Thai mackerel. This is shortly followed by spicy grape seaweed salad with oyster foam. The second course is sai oua (northern-style spicy sausage) terrine, a reappropriation of kaeng kradang, a northern-style gelatinous soup that’s served with regional herbs.

The dinner moves on to Thai mackerel and bilimbi in a consomme that, despite flaunting a crystal-clear color, explodes with oh-so-spicy flavors (be careful). The chef’s favorites are the fourth and fifth courses: grilled octopus with salted egg yolk sauce and crispy pork belly served with stir-fried kale, kale foam, and black garlic gel, respectively. Carnivores would love the sixth course: nam tok nua, an Isaan-inspired dish with medium-rare-grilled sirloin beef rubbed in toasted rice and dried chili. What follows is the main course: murex in spicy curry with climbing wattle leaves. “It’s inspired by my trip to Sattahip where I got to try murex for the first time, and was blown away by its texture,” says Chef Krit.

Is the meal worth your time? The flavors are there, but we know the journey flavor can be improved over time. But with prices cheaper than B2,000 for a set dinner, we suggest you give it a try.

A revamped set will be introduced in September 2019: some favorite dishes will remain but new dishes will be added for a broader spectrum.