7 shops to get the best donuts in Bangkok

We hunt down the donut specialists behind Bangkok's latest food fad

Let’s go back more than 10 years ago when Krispy Kreme first launched in Thailand. The hype for this American-made treat was so huge that people patiently endured queuing up for hours just for a bite. For months, the shop on the ground floor of Siam Paragon was so frequented that it stole the thunder of every restaurant and cafe within its perimeter.

It looks like we haven’t gotten over our obsession for this bun with a hole (or lack thereof). Bangkokians are still obsessed with donuts, but the craze has expanded to other purveyors apart from Krispy Kreme. In the last few years, the city has seen more pastry shops springing up and churning out so-called craft donuts in many mouthwatering flavors.

Here are seven shops that make some of the best donuts in the city. Go on and treat yourself to a sugar high after a long and exhausting day. 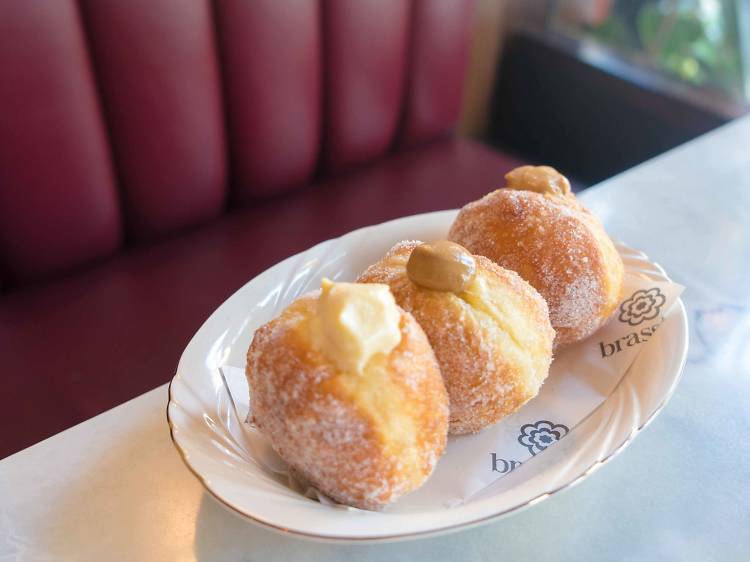 This fried chicken eatery in Nang Linchi is also a neighborhood spot for quality donut treats. These cream-filled goodies are made bombolini-style with generous amount of cream. The flavors are simple, highlighting classic chocolate and vanilla. And now, you can enjoy the perfectly soft dough with over 10 exciting flavors like the over-the-top Raspberry Rhubarb and Hokey Pokey. 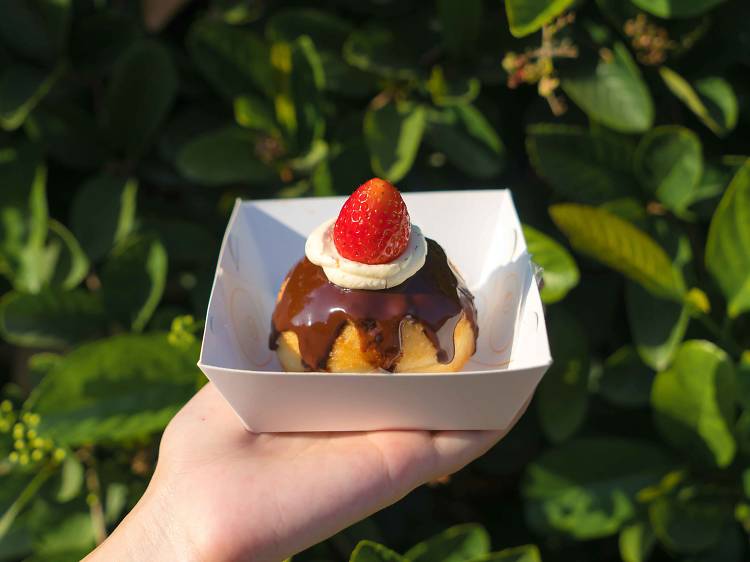 Chiang Mai-based shop Flour Flour, which has developed a cult following on social media, has opened a sister shop in Bangkok on Soi Silom 7. Cream expands the limited donut offerings at Flour Flour, which only has one flavor—vanilla cream—to a range of drool-worthy variations. The brioche dough, made with house-cultured yeast, provides the perfect base for not-too-sweet fillings such as lemon meringue, salted caramel crème brûlée, cinnamon, and kinako soy. Drop by early as the treats tend to sell out very quickly. 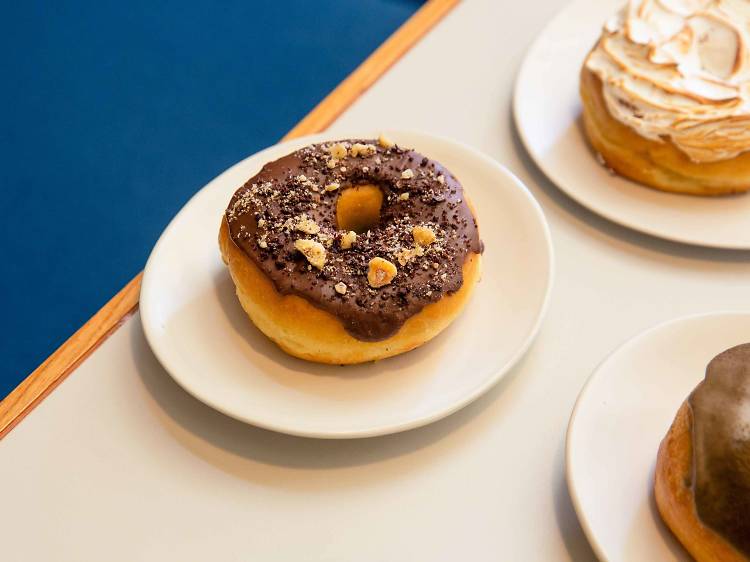 Travel blogger Oats X Somewhere owns this hip donut place, where the cozy and minimalist atmosphere reminds of cafés in Copenhagen. The shop imports flour from Korea to handcraft soft and chewy donuts in unique flavors such as Raspberry Rose, Young Coconut and Crème Brûlée. A favorite spot of Instagrammers, Drop by Dough also serves good coffee and drinks to pair with their delicious donuts. 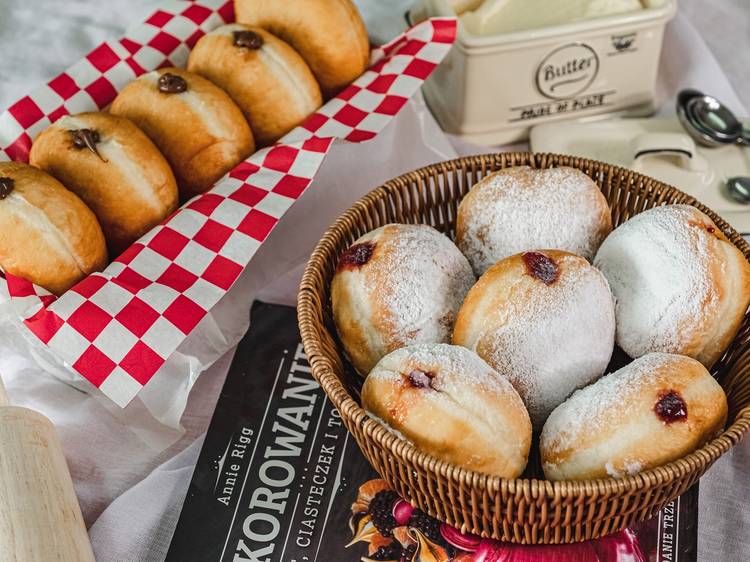 This is the first shop in Thailand to sell traditional Polish donuts, aka pączki. Stuffed with sweet filling, the doughballs at this pączkarnia (what they call a bakery that sells these special treats) are made using a family recipe that has been passed down for hundreds of years. The pączki here are distinguished by their delicate and fluffy texture, an infusion of vodka and a halo ring that wraps around the bun’s middle known as obręczka. There are many flavors to choose from and prices start from only 45 baht. 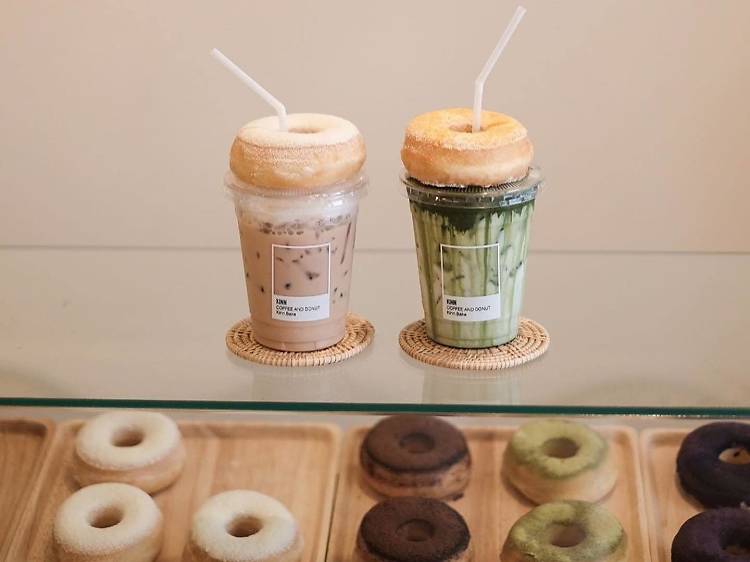 Originally a donut delivery shop, Kinn Bake launched and found success during the pandemic. It did so well that it eventually opened two branches: one on Soi Sathorn 8 and another near BTS Saladaeng. We love these donuts for their soft and chewy dough, and the fact that it comes in exciting flavors such as Salted Egg, Sweet Potato, and Matcha Green Tea. Take advantage of the shop’s current promotions: Buy four and get one free, or buy six and get two free donuts. 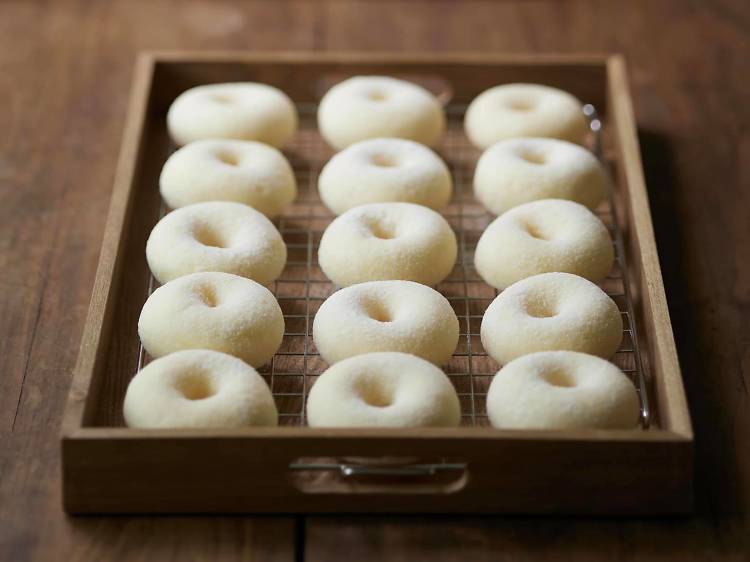 If you’re looking for a sweet bun that doesn’t have any food additives or chemicals, then Loaf - Lay is right up your alley. The shop deliberately selects ingredients from around the world: milk from Hokkaido in Japan, whole-wheat flour from Canada, and vanilla from Madagascar. This unique online donut shop also uses ingredients from local sources, like fresh milk from a farm in Lopburi and honey from Chiangrai. The Loaf - Lay Signature Donut is a must-try. It is pillowy, non-greasy and has a mild sweetness from radish sugar. 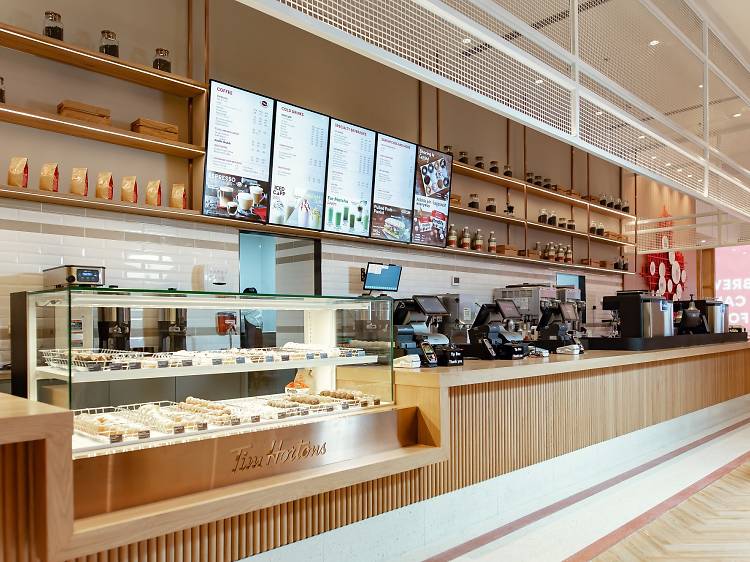 Canadian-born chained donut and coffee specialist Tim Hortons has opened the first branch in Bangkok at Samyan Mitrtown. A great selection of signature donuts, such as Timbits (bite-sized fried donuts, priced from as low as B10/piece), Old-fashioned glazed donut (B30/piece), and Boston cream donut (B30/piece), is on offer at Thailand's first venture of Tim Hortons.