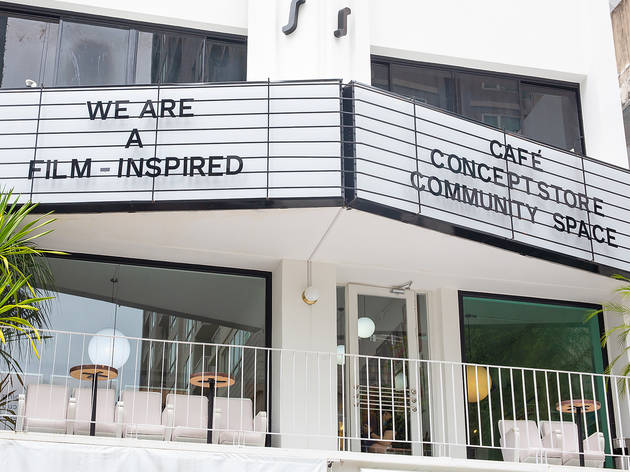 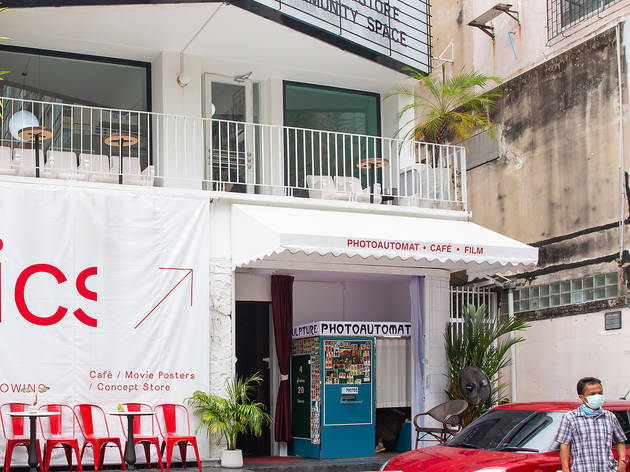 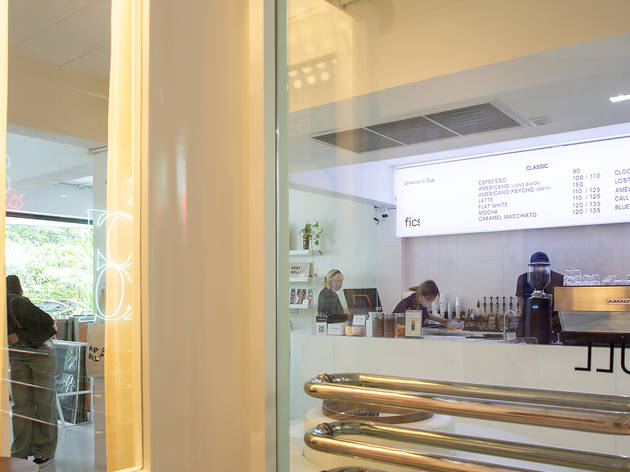 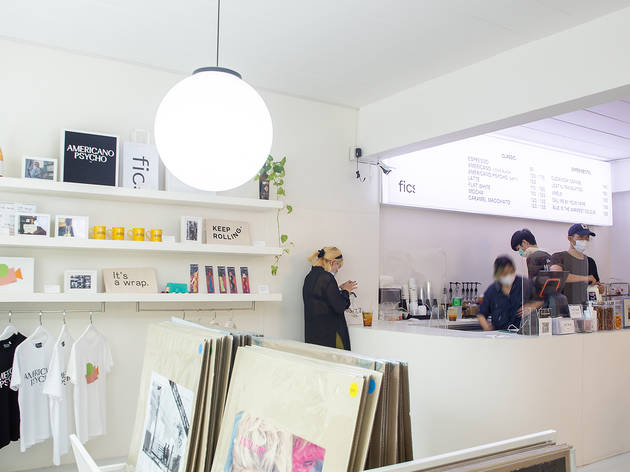 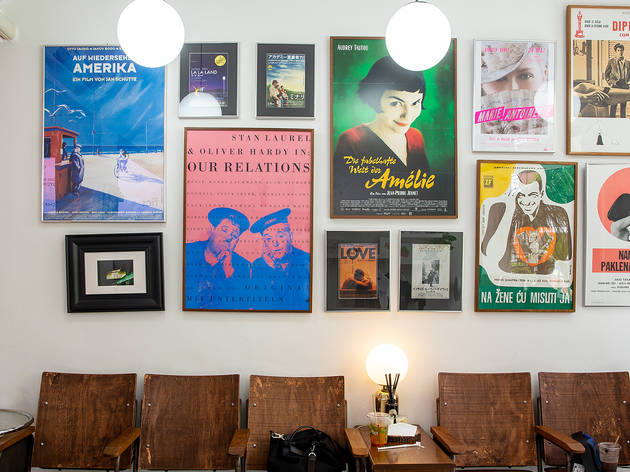 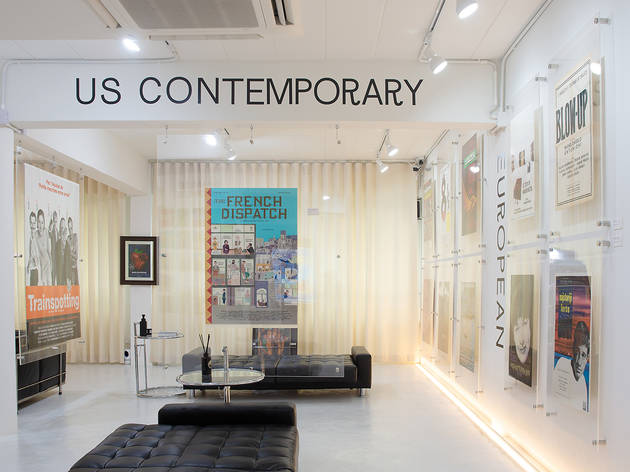 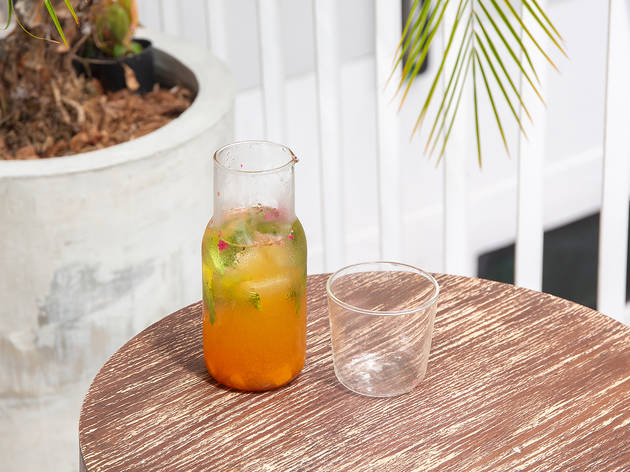 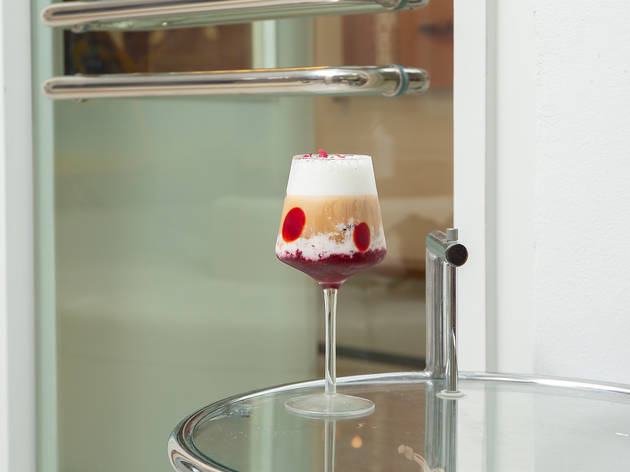 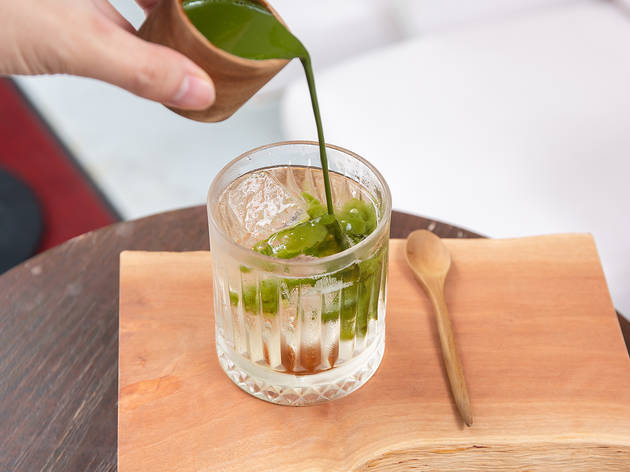 FICS promises good vibes and a creative refresh, whether you’re a movie maniac or not.

Thai director Nattawut “Baz” Poonpiriya is on a roll. The Bad Genius director is set to drop his upcoming Wong Kar Wai-produced flick One for the Road sometime this year, and earlier it was announced that he was enlisted to direct an all-English horror movie for the Hollywood studio behind Crazy Rich Asians.

But apart from his film projects, Baz has also dedicated some time to nurture a different venture: a film-inspired complex in Phrom Phong called FICS (Film Inspired Coffee Shop).

A collaboration between Baz and a few friends who share the same intense passion for films, the Soi Sukhumvit 31 venue was created as a sanctuary-slash-community space for film buffs in the heart of the city. Taking up three floors, FICS operates as a café, a concept store and a gallery.

Upon entering, you’ll immediately spot the Sculpture x Fics photoautomat, a feature inspired by French romantic comedy Amélie (2001). Take a few fun snaps before slinking on to the second floor, which houses a conceptual café and store called Director's Cup. Wander another level up to browse through an impressive archive of rare movie posters at Poster District.

Adding to the fun are creatively mixed beverages named after popular films. Call Me By Your Name (B135) is a tall fizzy mojito-like cocktail with refreshing hints of peach. (Fans of the movie will understand the reference.) Amélie (B135) is a coffee and fruit blend inspired by the award-winning film of the same name, in which the main star adores the taste of raspberries.

Matcha lovers need to try Lost in Translation (B160), which mixes green tea with plum or umeshu soda, two beverages that embody the drinking culture of Japan, where the film is set. Meanwhile, Blue is the Warmest Color (B125) is a comforting cup of hot white chocolate infused with butterfly pea.

Walking (13 minutes from BTS Phrom Phong or Asok) or taking public transport is highly recommended as parking in front of the building is limited.