Mahanakhon is no longer just home to that rooftop observation deck everyone is crazy about (and that duty-free shop on the lower floors that no one is). The multi-million-dollar skyscraper has just unveiled Mahanakhon Bangkok SkyBar, Thailand’s highest eatery.

Set on the 76th and 77th floors of the building, Mahanakhon Bangkok SkyBar doesn’t look anything like the sleek, pixelated minimalist building it sits in. Designer Tristan Auer of Wilson Associates, incorporating Thainess into the restaurant’s interiors, sees this cultural identity as distinctly feminine, hence the curved wooden chairs, supple leather couches, and soft lighting. These details are intentionally juxtaposed with aesthetics seen on the luxury trains of the Orient Express, which has been taking wealthy travelers across continents for over a century, and which, incidentally, will be opening the world's first Orient-Express hotel in the Mahanakhon skyscraper later this year.

The sky bar takes advantage of its lofty location by arranging seats in such a way that all diners can take in the panorama of Bangkok’s skyline through extra-high floor-to-ceiling windows, from the tables and chairs in the main dining room, to the stools at the bar, to the comfy couches at the mezzanine. But the best views are best taken from the outdoor balcony, which has seats for enjoying the sun and the skyline on a clear and breezy day.

The kitchen is helmed by American chef Joshua Cameron who has had stints in some of the
world’s top kitchens, including New York hotspot Eleven Madison Park. At Mahanakhon Bangkok SkyBar, he injects Thai and Asian flavors into modern American cuisine, as seen in the Monsieur Jean Paul oysters served two ways (B690): with spicy Thai seafood sauce, and with fermented mulberry, and sea urchin panna cotta topped with fresh sea urchin with salmon roe (B900). Mains focus on grilled plates meant for sharing like whole sea bass served with seafood mayonnaise (B1,600).

Mahanakhon Bangkok SkyBar is now open only for dinner and drinks. Entry is free but advanced reservations are recommended. Diners also get free access to the rooftop viewpoint after the meal. 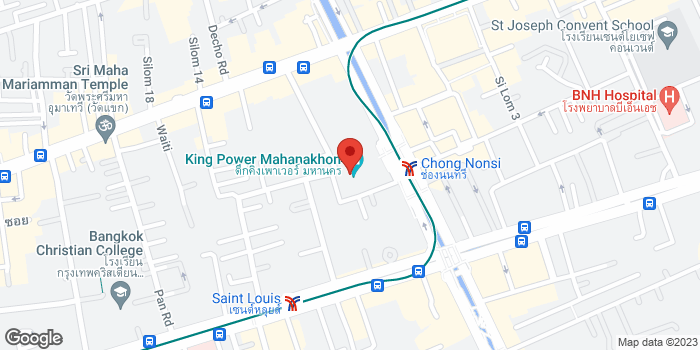