This swanky eatery could possibly be the most picturesque Chinese restaurant in all of Bangkok.

Though it's considered one of the world’s most popular cuisines, Chinese fare is not a crowd favorite when it comes to fine dining (unless it’s for a family reunion or a dinner party paid for by your boss). Nan Bei at swanky Rosewood Bangkok wants to change this perception by gussying up Chinese fare with a touch of edgy glamor. And it’s doing so by putting these meals in a photogenic, jawdropping setting that doesn’t ascribe to typical Oriental stereotypes.

As the elevator door opens to the 19th floor, you are immediately struck by thousands of glistening lights that are meant to symbolize a constellation of stars, in particular the constellation referencing the ancient Chinese folktale of The Cowherd and The Weaver Girl. The sad tale is about the Weaver Girl (represented by the star Vega) and the Cowherd (represented by the star Altair), who are separated by a river (represented by the Milky Way) and can only meet once a year on the seventh day of the seventh lunar month. A narrow corridor, decorated with tea sets, leads to the main dining chamber, which features a Peking duck station and a dim sum cooking station at each end. Art deco-inspired chandeliers and marble floors with Chinese patterns round up the décor.

The restaurant’s name juxtaposes the Mandarin words for “south” and “north”, respectively. A brief discussion with the restaurant manager reveals that the menu is loosely inspired by cuisine from (you’ve guessed it) the northern and southern parts of China. In the case of Nan Bei, dishes that heavily use meat (such as Peking duck) represent the northern regions, while the southern part, where a lot of provinces are connected by the coastline, is mainly exemplified by seafood-injected bites.

Before venturing into the heftily-portioned mains, we recommend starting off with a starter of chilled jelly fish and cabbage (B480), a tangy dish that benefits from a drizzling of aged vinegar and mustard oil. Other commendable starters include xiao long bao with blue crab and black truffle (B620), and jiaozi (pot stickers, B290) filled with pork and spring onions.

Get into the heart of your meal with an order of Peking duck (B1,900) which takes around an hour to prepare. The set comes with a small serving of crispy skin (which tastes best when dipped in a sugar and garlic sauce), and a bigger portion with meat and fatty skin that you wrap in a pancake. The rest of the bird can be served in a soup or stir-fried with cumin leaves. Also worth ordering is the honey-glazed tiger prawns (B1,200).

Desserts like Cantonese-style chilled mango sago with pomelo (B360) and Nutella-filled jian dui (glutinous sesame balls, B290) are also commendable.

Another element that sets Nan Bei apart from your typical Chinese restaurant is a cocktail bar that’s annexed to the main dining room. Here, Italian head bartender Daniele Cervi combines classic cocktails with Chinese tea in a progressive way, as with a Negroni (B420) prepared with that sous-vide cooks red vermouth and bitters with silver needle tea. A selection of single malts are paired with a variety of cold-brew tea, and are ideal as an aperitif. 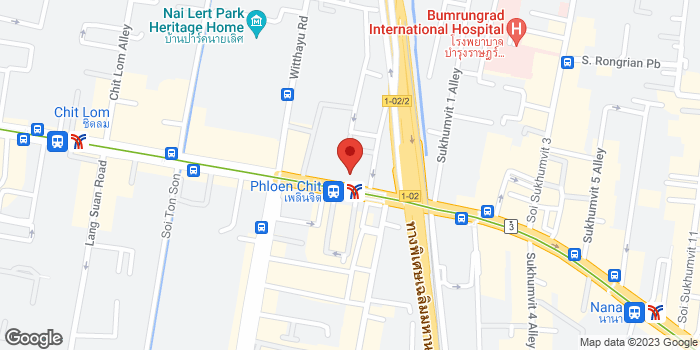