Okonomi, originally from Brooklyn, focuses on Japanese-style meals with a contemporary twist.

Brooklyn-born Okonomi is now in Bangkok! Set on Soi Sukhumvit 38, the cafe-slash-restaurant has been seeing an influx of café-hoppers and avid gourmands alike who want to experience a new approach to contemporary Japanese fare.

Back in the New York borough, Okonomi operates as a breakfast purveyor during the day and a hot ramen place at night under the name Yuji Ramen. Founded by salesman turned restaurateur Yuji Haraguchi, Okonomi combines Japanese home-cooking with western touches to create wholesome breakfast and brunch numbers.

Chef David Del Pilar Potes, who’s worked with Haraguchi for eight years, heads the kitchen at the Bangkok branch—and he is more than happy to present the restaurant’s “mottainai” technique (aka the zero-waste approach) as he creates fish-dominated dishes for Bangkokians.

Bringing this concept to the fore are the Ichiju Sansai breakfast sets (B640, available until 11:00), which consists of a bowl of soup, rice, three small dishes, and a slab of beautifully cooked Japanese fish like hamachi (amberjack) or samara (mackerel). They also have all-day brunch meals including Unagi Kabayaki (B550) a donburi dish of charcoal-grilled eel topped with a sweet, citrus-infused soy sauce, or Shiro Shoyu Ramen (B300), a filling umami-intense serve with madai (red sea bream) fermented with kombu (seaweed).

The eatery has also recently launched snack plates such as Fish Sando (B350) and Hojicha Donut (B100). You can also pop in for Japanese-inspired drinks like Okonomi House drip coffee (B250), Matcha Uji Latte (B140) or Black Sesame Cappuccino (B140).

Most cafés in Bangkok are more concerned about presenting photogenic aesthetics rather than serving food that pleases the palate, but that not the case for Okonomi (it’s not to say that its pistachio-colored facade and minimalist light wood interiors are not easy on the eye). The restaurant is definitely worth a revisit—both for its calming ambience and the delectable, nutritious and filling fare it offers.

We almost forgot: Okonomi doesn’t take any cash, so get your cards or online money ready. 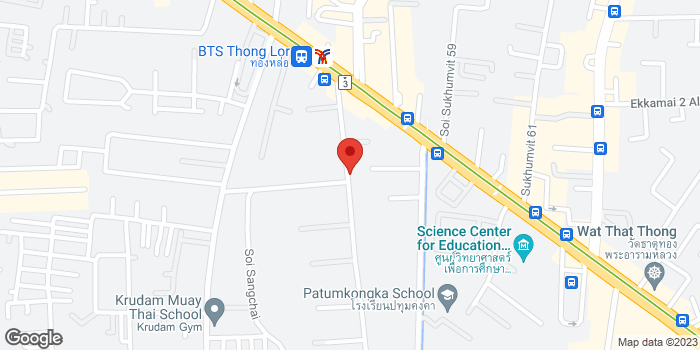