A Chinese restaurant that makes the fight against Sukhumvit traffic worthwhile

An army of architects and interior designers may have injected luxury into Bangkok Mariott Marquis Queen’s Park—or the former Imperial Queen’s Park to those who’ve stayed around long enough—but one thing that hasn’t changed about the Sukhumvit 22 venue is the fact that it’s always been a haven for gastrophiles. The latest establishment to join the hotel’s squad of culinary cocoons—Thai restaurant Siam Tea Room, gigantic buffet hall Goji Kitchen and straight-from-Nagoya Soba Factory—is The Pagoda, a Chinese restaurant that purveys authentic Cantonese fare at its best.

Pagoda is set in an eclectic dining room decorated with interiors inspired by Chinese pagodas (tiered ones with eaves, not to be mixed up with the pagodas found at Thai temples), which are believed to bless diners with power and wealth. The vast dining hall can accommodate up to more than 150 diners, while those looking for privacy can opt for one of the seven private rooms, each one named after a Chinese flower. They have a room for every requirement, from a small alcove for up to ten people, to a bigger room for 20 guests equipped with a giant table with an automatic turning feature, to connecting rooms with two tables so kids can dine separate and won’t need to sit frozen, sandwiched by relatives they only meet once a year.

The kitchen is helmed by Hong Kong native Chef Oscar Pun, who spent the past two decades working at notable Michelin-starred restaurants in Hong Kong and Singapore. Chef Pun whips up Cantonese dishes with much respect to original recipes, using spices and seasoning imported from China. Apart from noteworthy dim sum selections, Chinese food lovers should try the Golden Chicken (B1,280), Pun’s interpretation of Hangzhou’s Chicken Beggar. The story goes that a beggar stole a whole chicken from a millionaire’s kitchen. Fearing he would get caught, he stuffed the chicken with herbs, wrapped it in lotus leaves and covered it up with clay before throwing the bird into the fire. The chicken turned out to be juicy, aromatic and delectable. Pun’s version, however, replaces clay with bread dough, and diners are invited to make a wish and hit the bread dough three times until it breaks to reveal the meat inside.

Other menu highlights include deep-fried cod fish with egg white (B980), a surprisingly perfect combination of crispiness and tenderness, dreamy crispy roast pork and a selection of soups.

Not sure what to order? No worries. Restaurant manager Piyanan “Pum” Karawa will always be around to greet you with a smile and recommend the best dishes for every occasion. She can even suggest exclusive Chinese tea blends to complement your meal. 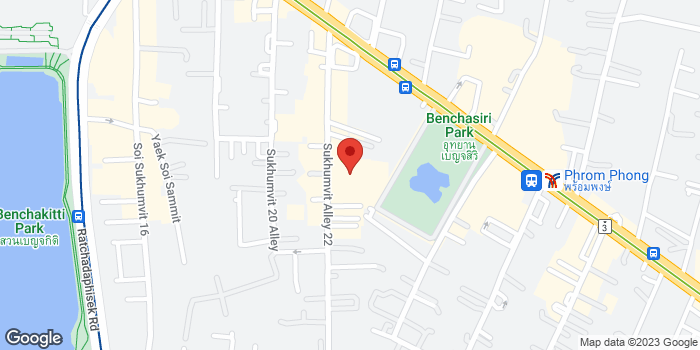