New Charoenkrung brunch spot by people behind A Stimulant by Sarnies

A Stimulant by Sarnies captivated Bangkok’s caffeine devotees and Instagram-addicted caféhoppers with a small roaster-slash-coffee shop on Soi Sukhumvit 39 and a brief pop-up run at Dim Dim. Now, the café has come into full bloom, opening a full-scale establishment in historic Charoenkrung.

Nestled deep inside Soi Charoenkrung 44, Sarnies takes up the space of two connecting shophouses (linked by an arch door on the second floor) that were once a boat repair shop. “The story [of the building] changes all the time,” says Eric Chan, co-owner of Sarnies. “But according to the original landlord, it used to be a boat repair store. Because we are really near the river and that’s where all the engines were brought.” Unlike other repurposed establishments in the city that have been touched up to deliver a modern appearance, the structure in which Sarnies occupies retains the the grit of its former life. Random scribblings on the wall and black stains resulting from the smoke emitted by the engines are still visible. “Most of the work we did were fixing and repairing,” Eric adds. “For us, we didn’t want to change anything. We wanted to celebrate the beauty of it.”

Sarnies proves it ranks above other brunch destinations that serve pretty-looking, Instagram-friendly dishes by putting intricate details and a lot of heart and soul into its food. What you get are classic brunch dishes done right, but made with a few Asian twists. Winning dishes include eggs benedict with tom yum hollandaise sauce (B320), and smashed avocado-topped sourdough with feta cheese, roasted tomatoes and dukkah (B320). The beloved PB&J (peanut butter and jelly) sandwich is called CB&J (B280) here, and features sourdough slathered with house-made cashew nut butter and local honey spread. For a heartier meal, we recommend the full East-meets-West breakfast set (B450), comprised of free-range eggs cooked to your preference, home-cured bacon, sai oue (spicy northern Thai sausage) and spicy bacon baked beans.

Apart from serving their famous eponymous blend, the new Charoenkrung outlet has come up with the Top Brass blend (starts from B70), a more affordable brew that mixes Lampang coffee beans and single origin beans from Panama and Brazil. Sarnies is said to be one of the first places in Bangkok to serve bulletproof coffee (B120), the keto-friendly, extra-creamy drink that is said to boost metabolism.

Sarnies’ official opening in March will entail full service, including dinner and barrel-aged cocktails. But this new branch has already proved satisfying given the food and drinks they now have, and we can’t help feeling excited for what is yet to come. 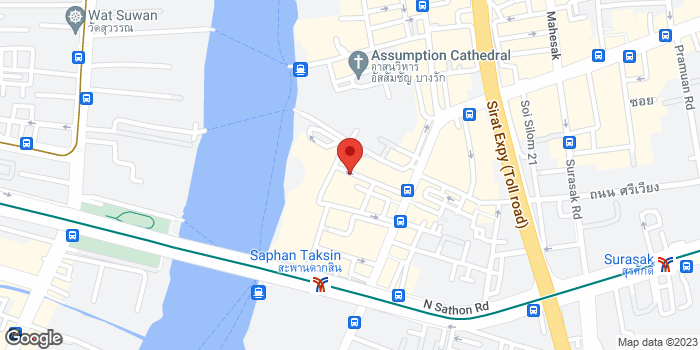