A guide to Awakening Bangkok 2019 locations

Awakening Bangkok is happening in nine locations around Charoenkrung neighbourhood. Let's check out these spaces before hitting the event here

Charoenkrung was the first asphalt road in Bangkok, built during the reign of King Rama IV—more than 150 years ago—to serve the fast-growing community of foreign traders on the right bank of Chao Phraya River. This was a consequence to a series of trade agreements Siam—old Thailand—signed with foreign countries, making international trade’s figures skyrocketed. The area was—and still is—a melting pot of cultures: Chinese merchants settling down building rowhouses next to British diplomats and Persian traders. And despite the center of commerce has moved inward to Silom and Sukhumvit after years went by, Charoenkrung has never left abandoned. Residents remain living their lives the way their ancestors did. Walking along the alleys of Charoenkrung today, you can breathe in the trace of its heydays that still lives in the air, hidden deep in the sois, and behind those closed doors await your discovery.

Awakening Bangkok, a festival of lights organized by Time Out Bangkok and our partners will just look to “awake” this historic district with light installations that pay respects to Charoenkrung’s heritage as much as look forward into the future. We’d love to invite you to prep up your best shoes and camera, take a walk to admire the lighting exhibits, and, at the same time, spare your minutes to discover the charms of Charoenkrung that you might have never noticed. 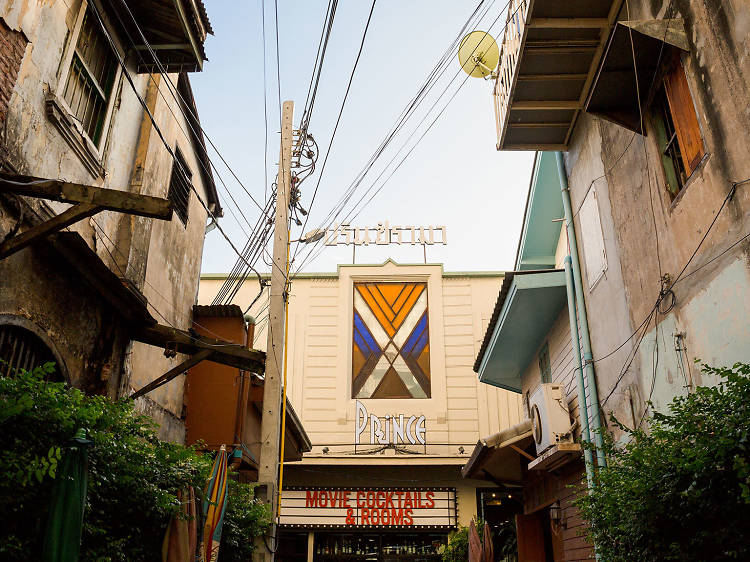 Ten years after it closed down, Prince Rama Theatre has been revived as a hotel called Prince Theatre Heritage Stay. Rebuilt with much respects to its original structure, the hotel has 26 rooms and suites, each decorated with elements that reacquaint guests with the hotel’s origins. 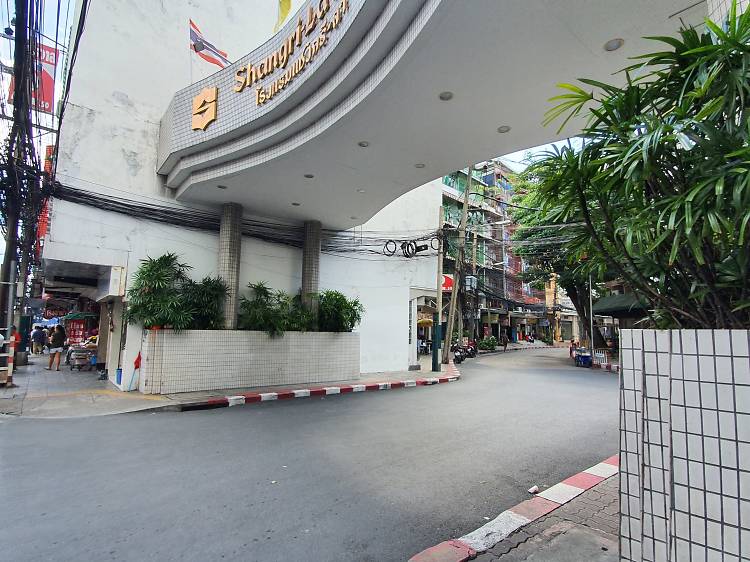 It is home to Shangri-la Hotel, local wine shack/bar Jack's Bar and Lek Silom pier. The alley is connected to Soi Charoenkrung 44 where Sarnies, Homu, and more eateries are located on.
Read more
Advertising 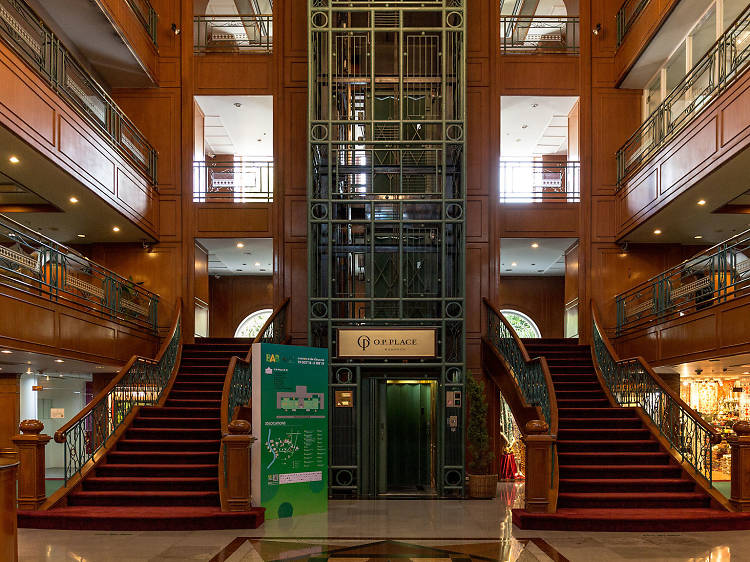 When it first opened 110 years ago, this neo-classic building was one of the city’s most luxurious mall named Falck & Beidek Store. Renovations had been done with much respects so it received the Best Conservation from The Association of Siamese Architects in 1982. Today, it has become one of the city’s best go-tos for antiques and collections, and rental space for weddings and events.
Read more 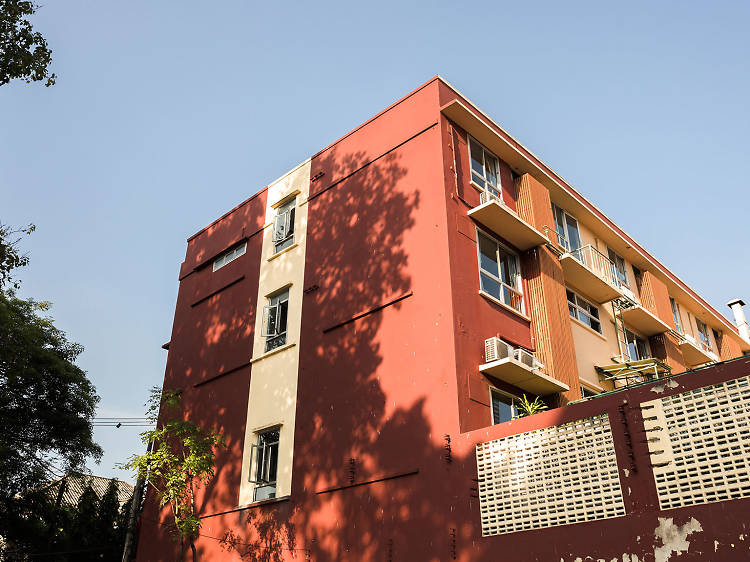 This wall-in red building wrapping around a swimming pool is a long-running hotel that’s been open for more than 50 years. Swing the door open and you’ll find yourself transported back in time to a 1950 movie set.
Read more
Advertising 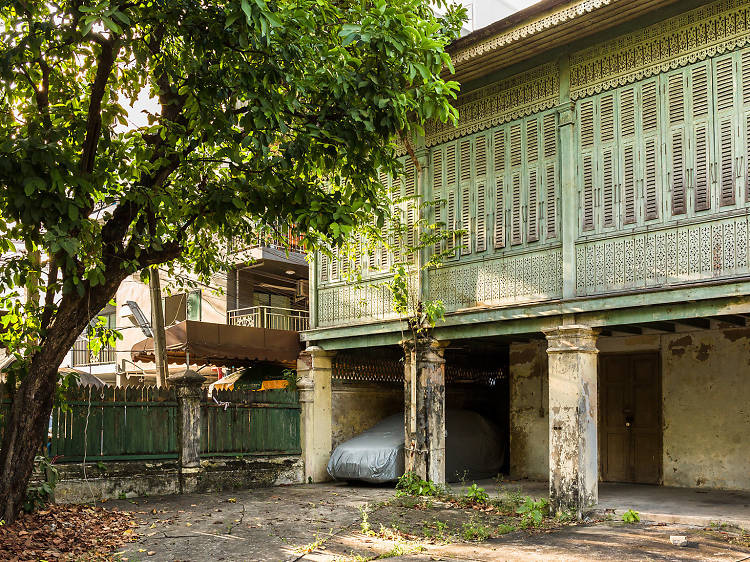 This complex of historic wooden structures was once the residence of Marine Police. It’s now open to the public as a learning center, and is about to be registered as a National Conserved Architecture.
Read more

This is one of the oldest Muslim community in Bangkok. Nestled at the heart of the community is Haroon Mosque, a historic religious establishment that’s named after Haroon Bafaden who settled down in Bangkok during the reign of King Rama 1.
Read more
Advertising 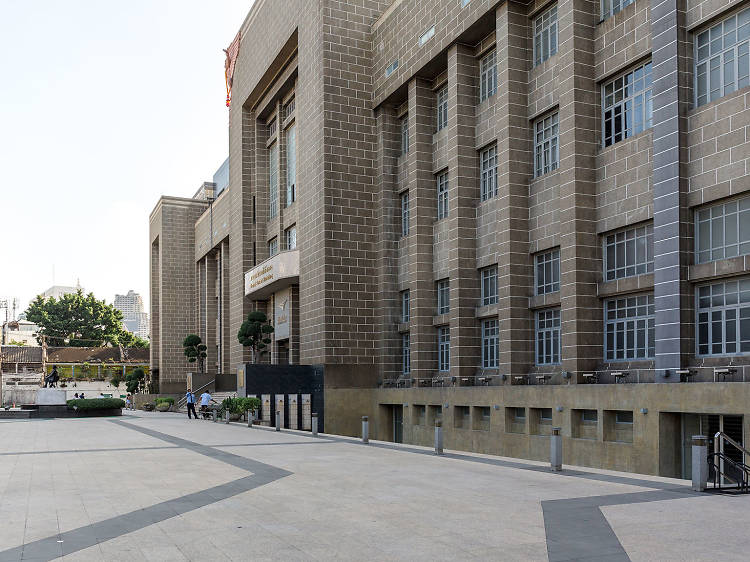 The brutalist architecture that used to serve as the central post office of Bangkok in the old days is now home to Thailand Creative and Design Center, a hub where creative minds ignite their creativities through books, seminars, and exhibitions. Rise up to its free-access rooftop space for views of Charoenkrung.
Read more 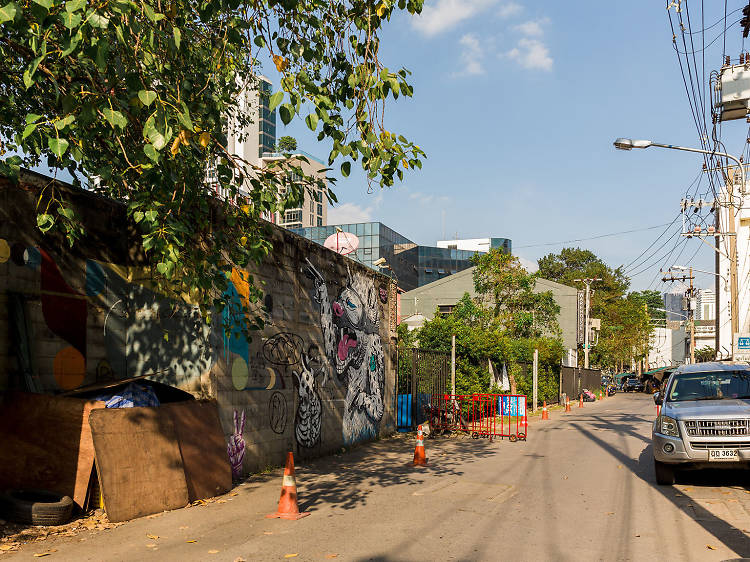 This small, tiny alley might not be on many tourist guides, but it should surely be on every artistic mind’s bucket list. The walls along this off-the-beaten-track Soi Charoenkrung 32 are all colored up with street arts in various kinds, created by both Thai and international painters. Ideal for photos!
Read more
Advertising 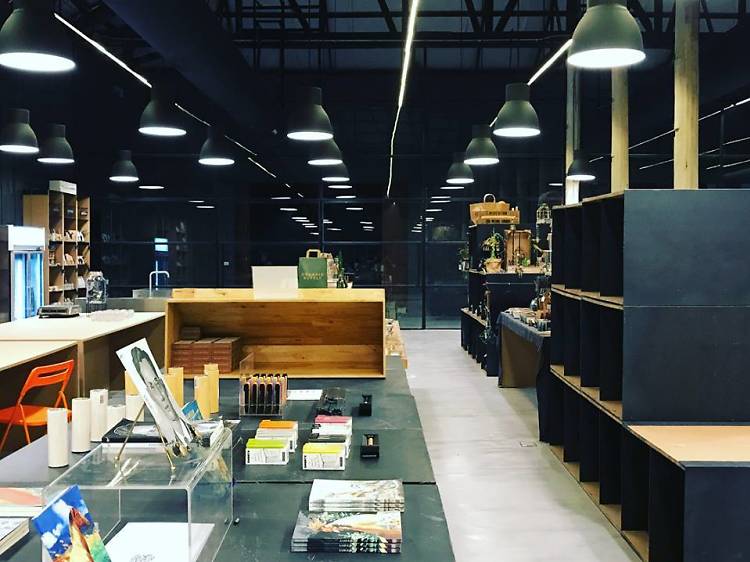 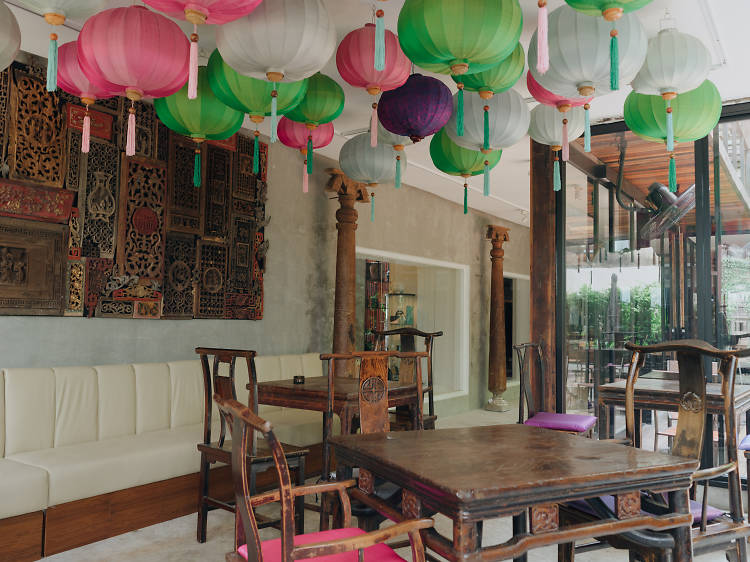 Set in what used to be Arthorn Suksa Chinese School, the multidisciplinary art space displays items that have been carefully handpicked by the new generation of a family with deep roots in the antique scene. 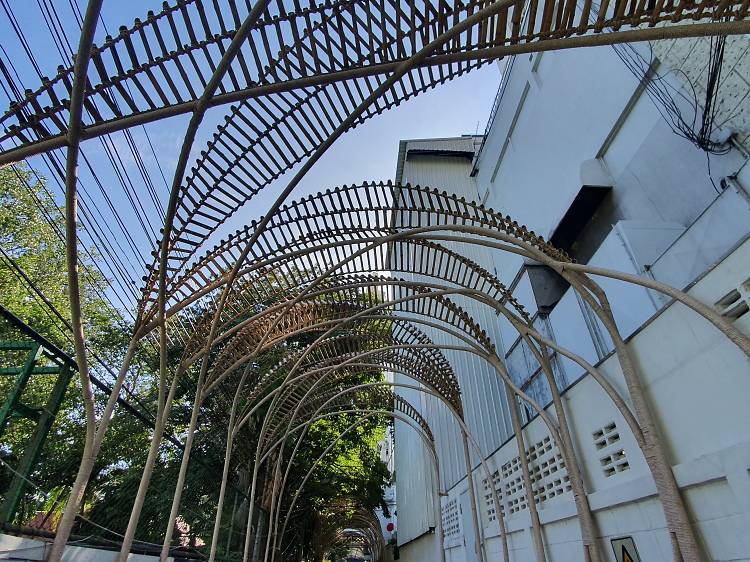 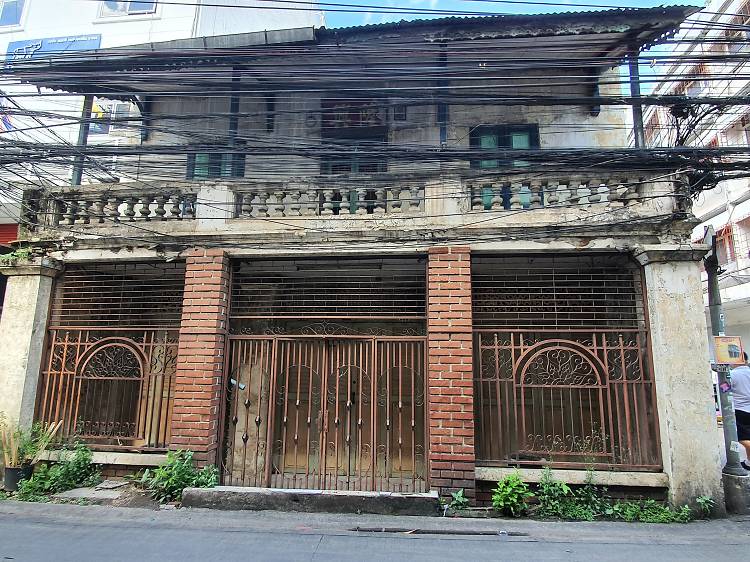 Located on Soi Wanit 2, Realrare is one of the Chinese-styled houses built over 200 years ago in the historic neighbourhood of Talat Noi.
Read more
Advertising 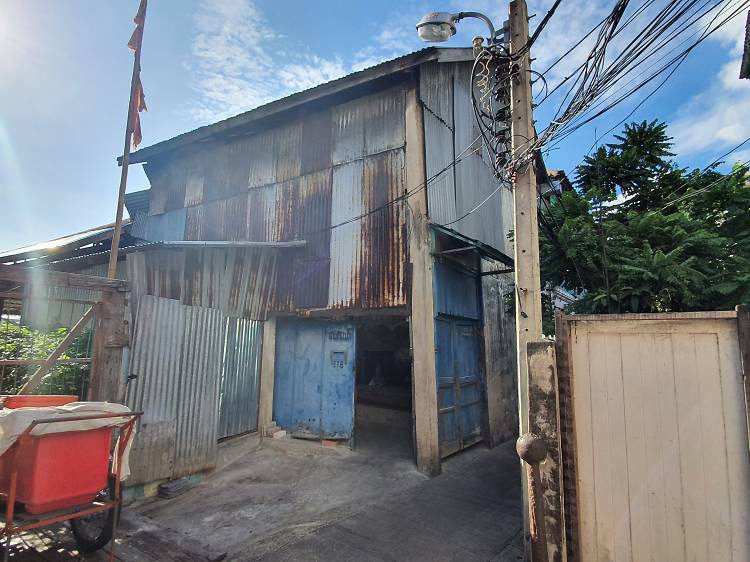 The 200 year-old riverside warehouse tucked away in Talad Noi is home to Baan Rim Naam, a venue with sheds and a garden where you can enjoy culinary experience in a beautiful setting of the Chao Phraya River.
Read more 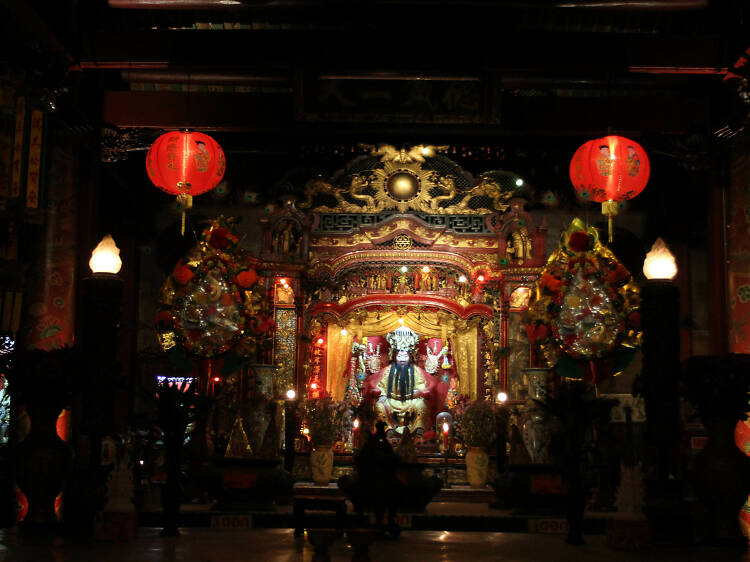 This Hakka-Chinese shrine, situated at the end of the alley, was established during the reign of King Rama V and houses the statue of Han Gao Zu, the first emperor of China’s Han dynasty. 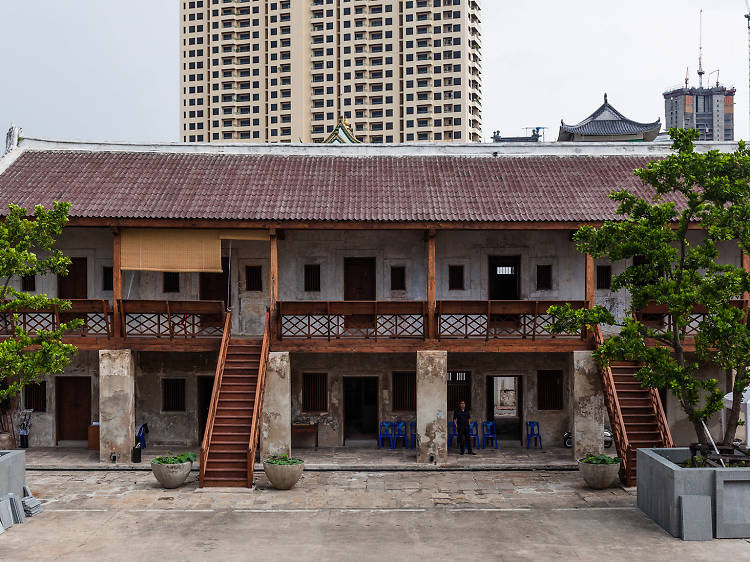 Owned and developed by the Wanglee family, one of the country’s oldest Thai-Chinese tycoon families, Lhong 1919 sits on the old pier where, according to old journals, the ancestors of most Thai-Chinese families first set their feet in Thailand after migrating from China.