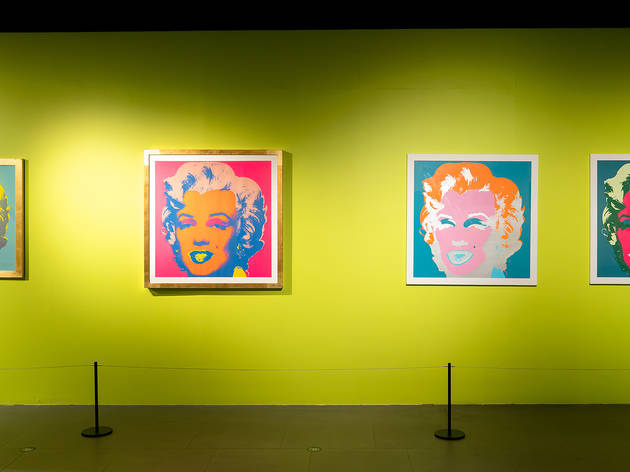 After facing several delays due to the outbreak of COVID-19, the Andy Warhol: Pop Art exhibition is finally set for the launch on the upcoming Mother's Day. For the first time in Thailand, 128 of the original artworks by legendary pop art icon Andy Warhol will be showcased in Thailand at River City Bangkok. Andy Warhol was the leading artist in pop-art culture and well-recognized from silkscreen paintings Campbell's Soup Cans (1962) and Marilyn Diptych (1962). This exhibition will show his original works in four categories: Self-Portraits and Photos, Celebrity Portraits, Magazine and Album Covers, and Silk Printing and Others.  Unlike the other Andy Warhol exhibits, this collection of original pieces, all of which created in the 1960s, gives an alternative outlook towards the artist, representing his intimate side that's close to his European roots.  The exhibition is curated into four distinct zones. The first is Self-Portraits—the room that showcases Warhol’s brilliant talent in creating a controversial process of art to project the self in which the artist attempted to standardize faces in the form of souvenirs. The audience get to learn Warhol’s biography in the section as well. The second room is Celebrity Portraits—the collection of Warhol’s most iconic take on portraits of many renowned celebrities with the likes of Arnold Schwarzenegger, Marilyn Monroe, and Diana Ross. Meanwhile, the third room exhibits the artist’s creations of magazine and album covers for various a 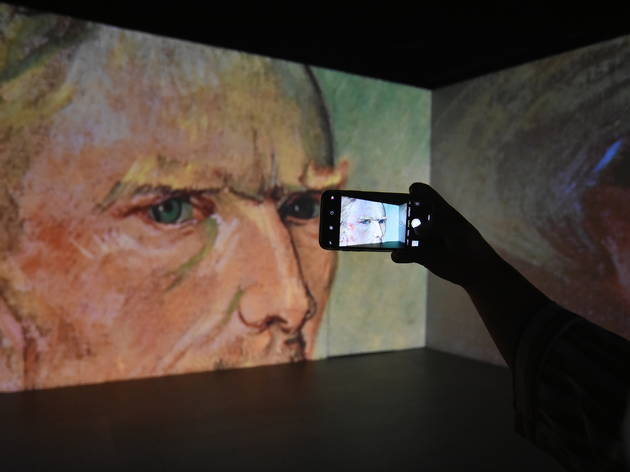 Over 300 pieces of art including The Starry Night, Sunflowers, and Café Terrace at Night by legendary Dutch post-impressionist painter are projected onto large screens, allowing audience to admire his dramatic strokes and tiny details of each painting for 40 minutes long. The immersive exhibition also features quotes from the letters he wrote to his brother Theo. The experience is enhanced by music with a high-quality surround sound system. 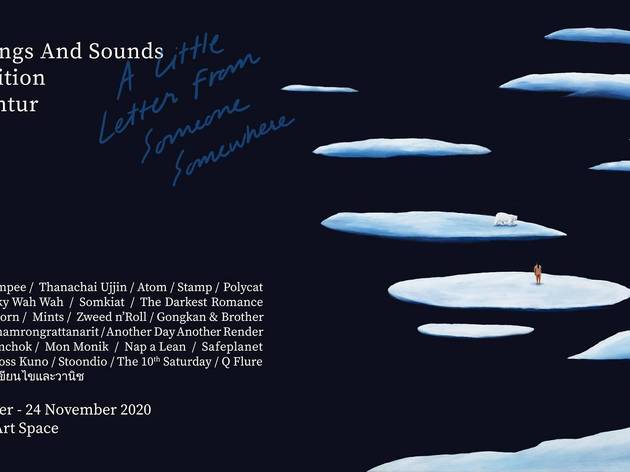 'A little letter from someone somewhere' is an immersive exhibition that blends visual and sound experience together to create art that portrays stories about relationships, memories, and dreams. There will be 26 artists join forces to put their creations on display, with the likes of Pongsit Kampee, Atom, Stamp, Polycat, Ink Waruntorn, and many more. What's more: the exhibition also welcomes all visitors to write a letter to their future selves, which will be delivered in the next ten years. Please bring your own headphones and mobile devices for a more enhanced experience. The exhibition is free of charge, and will be held at JWD Art Space from October 24 to November 24. 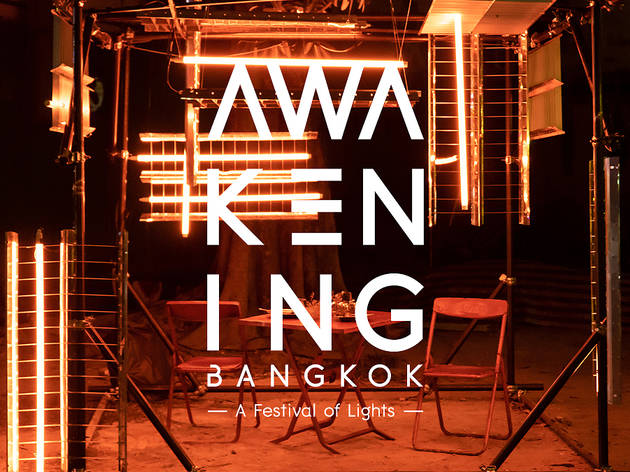 Keep your eyes peeled for our biggest event this year. This December, Time Out Bangkok is bringing back Awakening Bangkok, a glorious spectacle that will light up in the historic Charoenkrung quarter, illuminating the district’s most iconic attractions—from Grand Postal Building and Prince Theater to O.P. Place and Warehouse 30—with state-of-the-art lighting installations. Click here for more details. 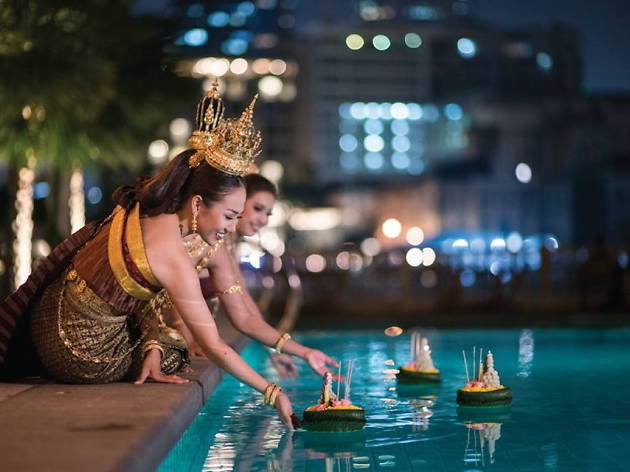 One of the grandest cultural festivals in Thailand, Loy Krathong was started out centuries ago as a spiritual festival in which locals would float Krathong (tiny vessel made of folded banana leaves) on riverways to pay respects to Goddess of the River. It eventually evolved into a festival of lights.  Loy Krathong takes place at all piers, public parks and river banks on the full moon night in the eleventh month of every year. 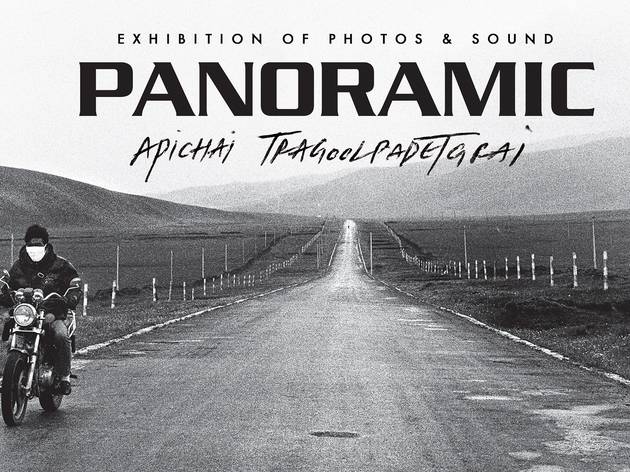 Paranomic Photos & Sound Exhibition is the very first solo showcase by Greasy Cafe's Apichai "Lek" Tragoolpadetgrai. Apart from making music with Thai indie hero Greasy Cafe, Lek is also fond of the art of photography and has had experience as a photographer before landing a successful career in music. His style of music encircles the themes of unconventional love, melancholy in relationships, and encouragement. With passions for both music and photography, the artist finally collects all his creations and put them all on display at this exhibition. Situated at Seenspace Thonglor, Paranomic Photos & Sound Exhibition will present his photos taken from his journey in Oman enhanced by music that he made specially for this event. The exhibition opens for visitors from August 19 to October 31 only during the weekend. 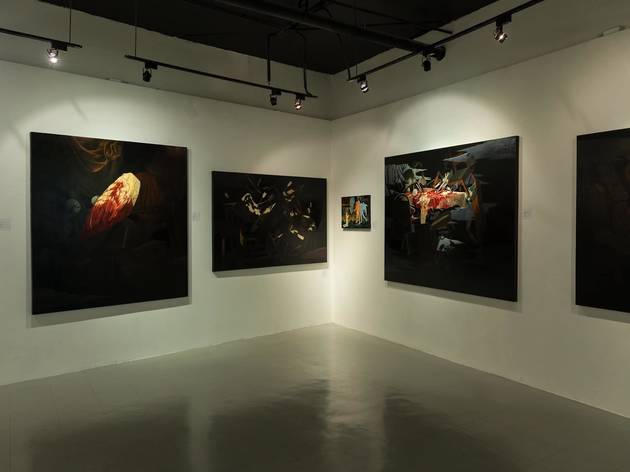 Artist Natagon Khamkayprong attempts to express the feeling of solitude, loneliness, and depression through his artwork shown in 'Last Life'. All oil paintings are inspired by the revenge of mother nature on humans who are the cause of all environmental crises at the moment. Last Life takes place at BACC until November 1 (closed on Mondays). 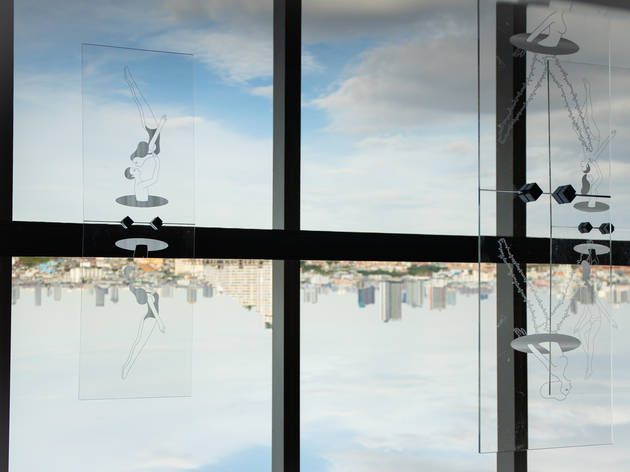 In Between is the latest art exhibition aiming to represent the meaning of freedom and diversity. AVAgarde Art and Avani+ Riverside Bangkok Hotel have collaborated to showcase art pieces by five Thai leading artists at the event. Visitors will witness the thought-provoking art by Pichai Pongsasaovapark, Pavisa Meesrenon, Surachai "Niam" Mawornkanong, Naraphat Sakarthornsap, and Kantapon "Gongkan" Metheekul. In Between is open for public view from September 10 to October 31 at 10:00 - 22:00 (free entry). 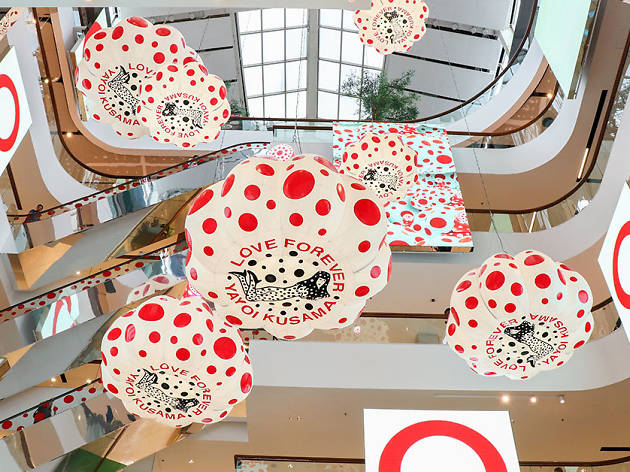 The country’s biggest art event Bangkok Art Biennale will make a comeback next year from 10 October 2020 to 21 February 2021. The first line-up of artists includes big international names like Anish Kapoor, Julia Fullerton-Batten and Luyang, as well as local talents like Araya Rasdjarmrearnsook and Rirkrit Tiravanija. 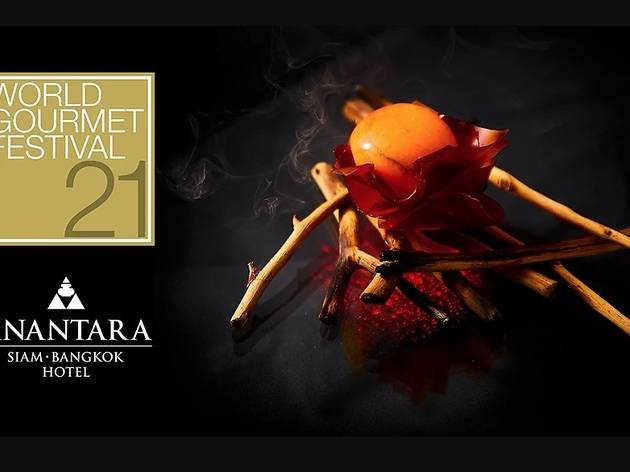 The 21st annual World Gourmet Festival has found its way back to the food and wine scene in Bangkok despite the pandemic hit and anti-government protest. This year, the organizing team has attempted to step up the game by revamping its usual features while introducing a new one that, we have to say, definitely catches our attention. For the 2020 edition, there will be over 11 renowned chefs taking turns to create a special menu just for this event. GAGGAN's head chef Gaggan Anand, with his long-kept dream of becoming a French cuisine chef, will create his take on la cuisine française with an 18-course menu for guests. Meanwhile, Indian chef fellow Garima Arora from one Michelin-starred GAA will create a five-hour-long brunch for the World Gourmet Brunch segment. In addition, Chef Inoue Manabu from one Michelin-starred Ginza Sushi Ichi, Chef Andy Ricker from Pok Pok (a one Michelin-starred Thai restaurant in the USA), Chef Vishit Mukura and Chef Kewalin Pithayanukul from Royal Osha will also join in the festival. But the main highlight is a charity dinner hosted by refugee families. Na Projects is the organization that helps refugees who are currently residing in Thailand and awaiting resettlement in new countries by giving them learning and job opportunities during their layover. This year, they have brought five refugee families from Ethiopia, Pakistan, Palestine, Sri Lanka, and Vietnam who currently reside in Thailand and are awaiting a resettlement in new countries to host