You may know your tapas inside and out, but have you the Basque Country's version? Pintxos can easily be described as 'tapas on bread', but they're so much more than that. Whether they're hot or cold, savoury or sweet, these small treats will make your taste buds happy and fill your belly. Among all the bars and restaurants tempting you with the platters of piled-high pintxos, we've come up with a list of some of our favourites. The staff will keep track of your toothpicks (try hiding them at your own risk!) to tally your bill at the end of your meal. And don't forget to order the cider, poured at arm's length by a bartender staring into the middle distance. 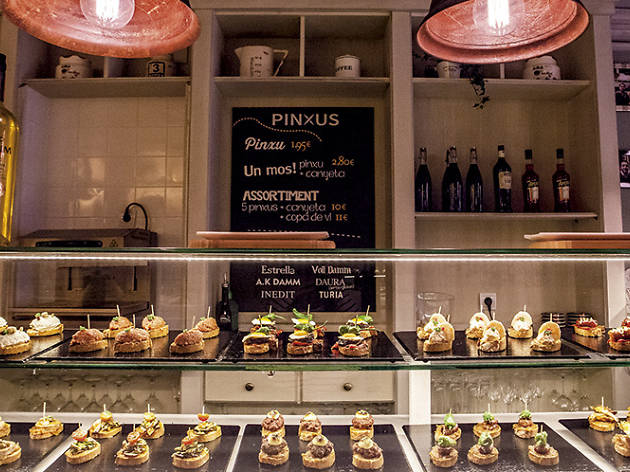 Some years ago Barcelona was a wasteland when it came to traditional Spanish tapas, and especially Basque pintxos. No one could imagine a place like Els Pinxus, where they've got an endless variety of top-class selections of both, as well as beer on tap pulled like the bar staff came straight from some of Madrid's best bars. In the kitchen is Toni Santanach, who was part of the team of chefs at Mey Hofmann's school and wanted to show that it's possible to make Catalan-style tapas and pintxos in Barcelona. High-quality bread is fundamental here, and the meat they use is of the best quality (the veal burger pintxo is highly recommended). You'll find something for everyone's taste: tripe that's like the best of a Spanish granny's home-made repertoire, scrambled eggs with salted cod, and crunchy strips of aubergine drizzled with aromatic honey – a total vice for anyone with a sweet tooth. And since Santanach studied at Hofmann's school, you know you won't want to skip dessert. 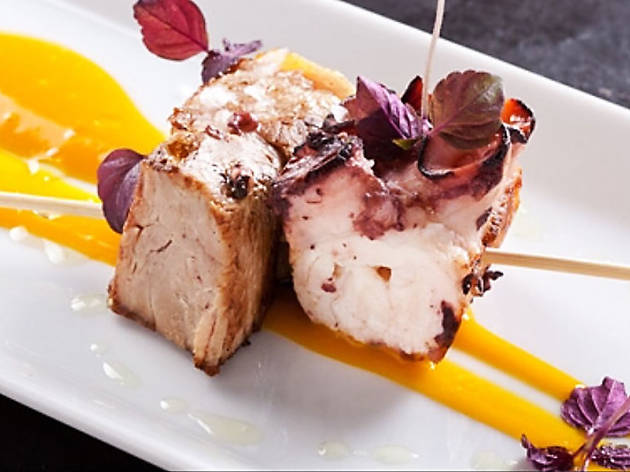 Zeruko is the little brother of the famous pintxos bar of the same name in San Sebastián, birthplace of the pintxo understood as small-scale haute cuisine. But the Catalan pintxo has one advantage over the Basque: the bread. ‘It’s not that the bread is bad in the Basque Country, it’s that they just don’t place the same importance on it as we do here. Bread is a key part of the pintxo,’ explains chef Edgar Suàrez. Yes, there are creative/interactive pintxos, but flavours like that of the lobster, or an excellent pintxo of scallops, demand first-class bread. Zeruko also has a repertoire of gourmet games that play with the connections between flavour and appearance: edible trompe- l’oeil executed with aplomb. This is most noticeable in the desserts, such as the Bob Limón, in which a fried egg is re-created in passion fruit, surrounded by an emulsion of citrus fruits and served alongside a lemon sponge cake. 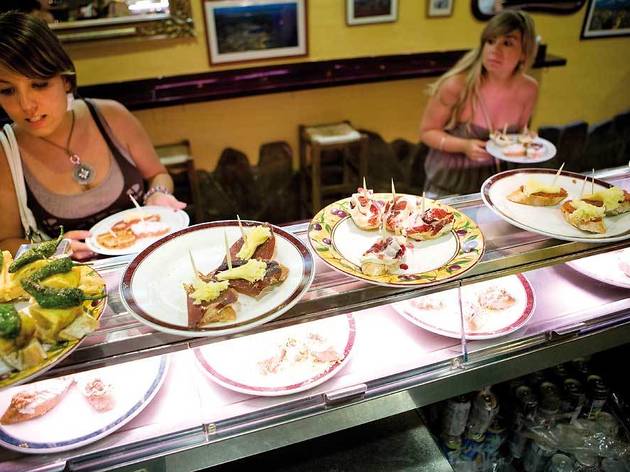 They don’t mess about here. Maitea ('love' in Basque) has a range of over 100 hot and cold pintxos. The unusual thing about this rather atypical bar, says Nico Montaner, is that the chef, his mother, is a Basque who moved to Catalonia. This explains why she combines Catalan and Basque cuisine in such a way that a pintxo of leek and romesco sauce can be found alongside an omelette of piquillo peppers. We could go on and one about the variety of flavours, but all you really need to know is that the key to this bar is its simplicity, originality and quality. 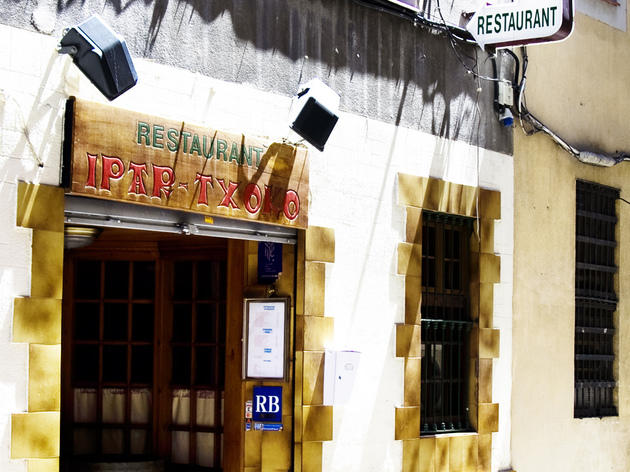 Enthusiasts of fine Basque cuisine will love this place. A cosy restaurant in Gràcia. The dishes of the day are read out (and in a Basque accent) by the owner, Miguel. The highlights include the excellent T-bone steak, the hake nape and a range of starters such as clams, squid and their unbeatable cod omelette. 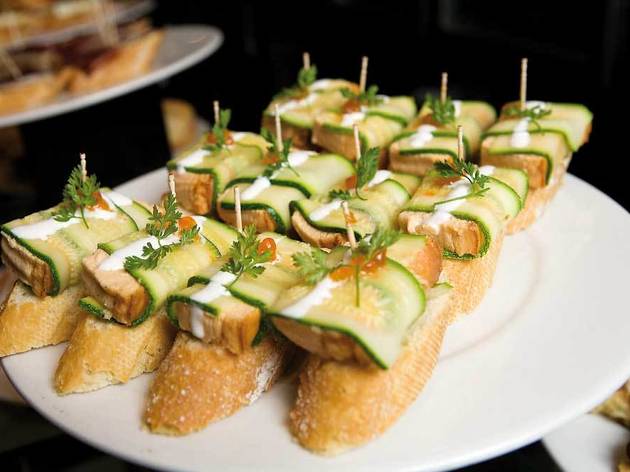 When people talk about where the best pintxos are, the phrase 'haute cuisine in miniature' often comes up. And after 15 years in the business, Irati most definitely tops the rankings in this field. Restaurant manager Alex Monjas says that each of their pintxos has at least four ingredients, and that they have carefully studied the best ways to combine all of them. The elongated bar, free of stools, is topped by some 50 varieties of tapas, both hot and cold. On a good night they can dish up 600. 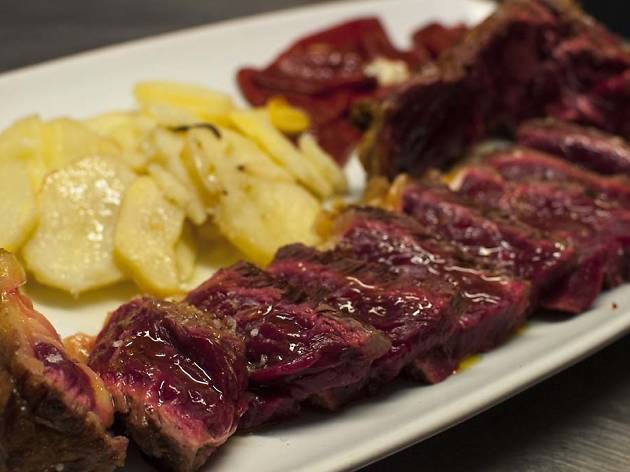 The bar at Bilbao Berria is not bad at all, with a good selection of hot and cold pintxos of the more traditional variety: fish on skewers, stuffed and fried mussels, fantastic 'chistorra' sausage, tasty blue cheese croquettes, and fresh crab paste pintxos. Plenty of in-the-know tourists stop by while pounding the tapas and pintxos trail, having been tipped off to the great quality you'll find at Bilbao Berria. And it's not just pintxos, but you can also try Bizcayan fresh-market fish, and meat from Sondica in Biscay, grilled over charcoal with care. 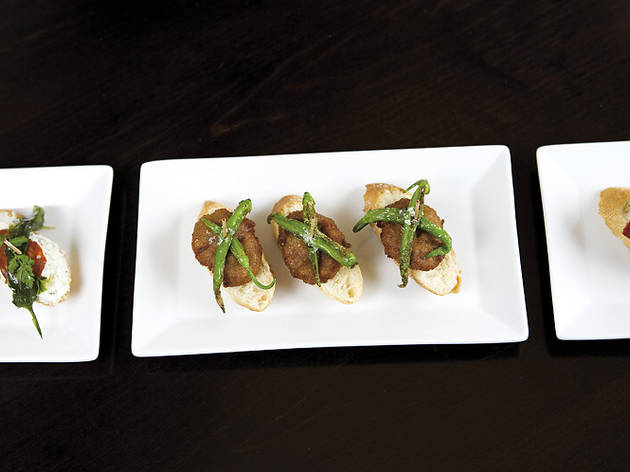 With its seagoing motifs on the walls and windows, the Golfo de Bizkaia is part of the Sagardi group, and offers roughly the same range of tapas that you’ll  find at its older brother’s, Sagardi, but in a more intimate setting. In fact, part of its charm is eating pintxos shouder-to shoulder with the Born regulars. If you go at rush hour, you’ll have to fight for space, but the pintxos are worth a bit of pushing and shoving. 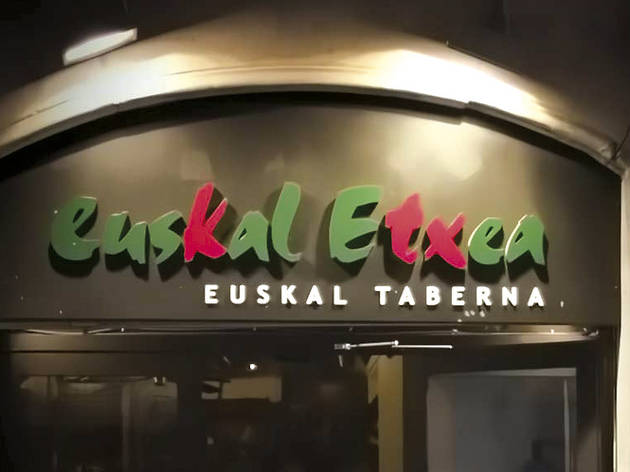 This is one of the city's first pintxo bars – and they know how to keep a good thing going. Help yourself to dainty 'jamón serrano' croissants, chicken tempura with saffron mayonnaise, melted provolone with mango and crispy ham, or a mini-brochette of pork. They've also got vegetarian and gluten-free options among their nearly 30 varieties of cold and warm pintxos available throughout the day and night. Hang on to the toothpicks spearing each one: they'll be counted up and charged for at the end. And if the jungle of elbows at the bar is too wild for you, be sure to head for a table in the dining room at the back. 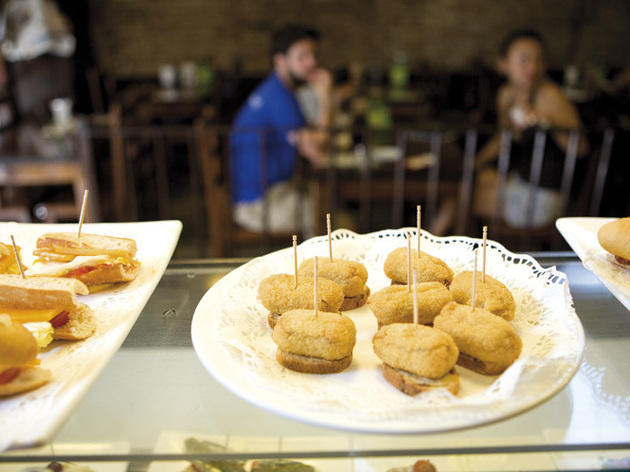 Although its location (right on the tourist route) might be a little off-putting, the tapas at Txirimiri are absolutely top of the range. For over 10 years, Inigo Albizu has devoted himself to this place, and anyone who wants to experience his marvellous tapas should drop by here at 12.30pm and 8.30pm, which is when the rather short bar fills up with over 50 delicious varieties of tapas. Of the hot tapas, chistorra sausage with a quail egg is the number-one choice. As for the cold tapas, you can’t go wrong with the exquisite prawn and leek pudding. Basque-born Albizu hates the practice imposed by tourism where you pay by counting the toothpicks, but now he’s resigned to it. 'In the Basque Country it’s a matter of trust,' he says. 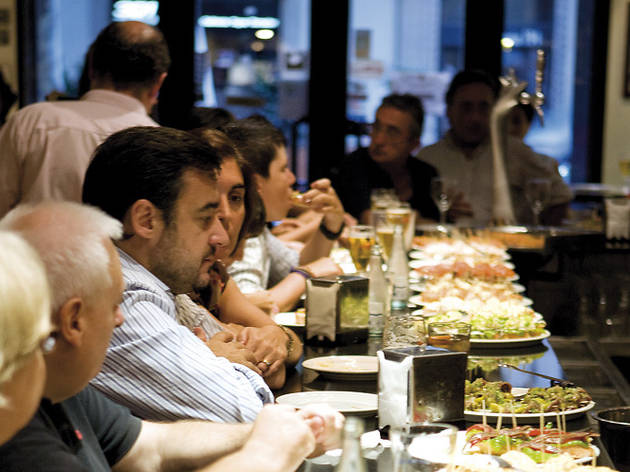 If you ask fans of Basque restaurants, many will tell you that Taktika Berri is possibly the best in Barcelona, and their pintxos have a lot to do with their reputation. The cooks hail from San Sebastián and serve up some 25 different pintxos, hot and cold. They're classic and simple: cod omelette, sausage, battered hake, an unsurpassed cod with pepper ... And since you have to elbow your way to the bar to get the much-coveted hot pintxos, we recommend a cold speciality: the scrambled egg with red peppers and garlic. 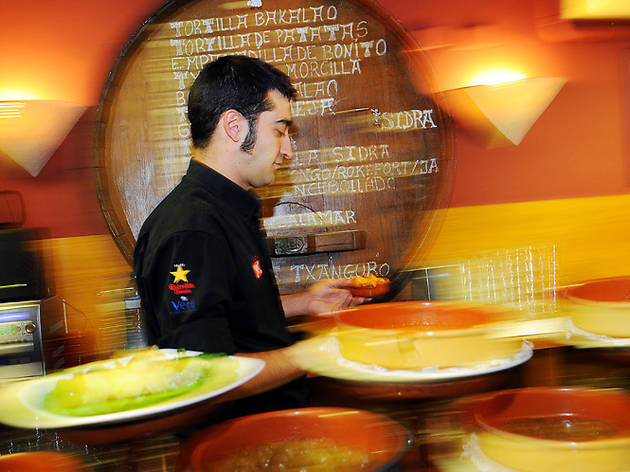 It’s not the city’s best-known Basque restaurant, but nearly two decades years of hard work have certainly paid off here. The bar at Lagunak has a range of almost 30 tapas, as well as good mini-casseroles, all made under the watchful eye of owner Peter Bellver, a native of San Sebastián, the Mecca of tapas. 'This is a traditional bar, deeply rooted in the culture of pintxos,' he says. Though not innovative, the pintxos are very well made. The croquettes filled with stewed crab are a perfect example; you can catch them freshly made at 1.30pm and 8.30pm. 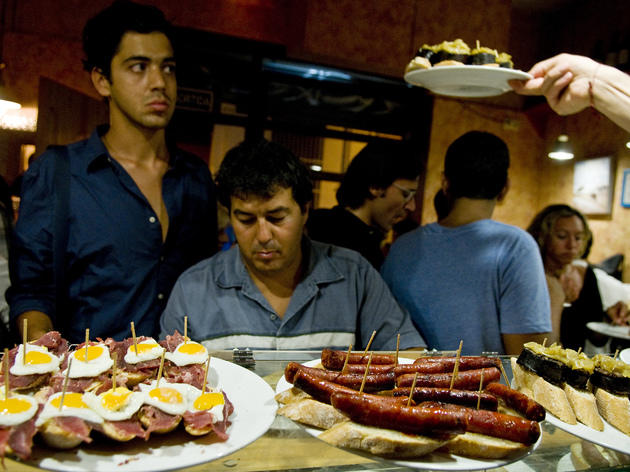 In the relatively short time it's been in Poble-sec, this bar has made its in the coveted area of C/Blai and C/Blesa, thanks to its delicious and varied one-euro pintxos and its vibrant energy.
Read review
Recommended