50 Boston slang words and sayings you should know 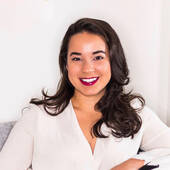 Even to our fellow New Englanders, Bostonians can sometimes sound like we are speaking a different language. Whether you’re a college student with four years ahead of you, you just married a local or are simply here for a vacation, everyone new to Boston could use a crash course on our local lingo. From our colorful terms of endearment to the nicknames we’ve bestowed upon our favorite neighborhoods, there’s so much more to Boston slang than dropping your “Rs.” So, when you ask for directions to the Freedom Trail or to the best Irish pub in town, listen carefully and you may be able to translate a few of our favorite Boston sayings.

Bang a uey (v.): to make a U-turn, likely an illegal one because that’s just how we do.

B’daydas (n.): a term of endearment for potatoes.

The Cape (n.): Cape Cod, where tourists and preppies flock during the summer months, causing hours of traffic delays south of the city.

Carriage (n.): a shopping cart that you use to get your groceries, most likely at Market Basket.

The Charles (n.): The Charles River, which is no longer flowing with its infamous “dirty water”... but you should still probably close your mouth ASAP, if you ever fall in.

Coogans (n.): where you get dollar drafts.

Comm Ave (n.): no one has time to say Commonwealth Avenue.

Dunks (n): our most cherished coffee chain, Dunkin’ Donuts, founded down in Quincy in 1950.

Eastie (n.): East Boston; i.e. the neighborhood you go past on the Blue Line on the way to Revere Beach.

Frappe (n.): the only type of milkshake we order.

Frickin’ (adj.): how we say the f-word in polite company or around children.

The Garden (n.): TD Garden, where the Celtics and Bruins play.

Hosie (v.): to call dibs on something.

The Hub (n.): haven’t you noticed; Boston is the center of the universe. (p.s., we never say Beantown)

I could care less (int.): how we like to say that we couldn’t care less about something.

In town (n.): we refuse to refer to the City of Boston as a city.

Kid (n.): a term of endearment that you use to address your closest friends.

Masshole (n.): a derogatory term for Massachusetts residents that Bay Staters have reappropriated.

Nor’easter (n.): A winter storm that we get at least once a year, prompting us all to freak out and ravage the grocery stores for milk, eggs and bread.

OFD (adj.): Originally from Dorchester (i.e. The Wahlbergs); a badge of honor for townies.

The Pike (n.): the Massachusetts Turnpike (I-90), which runs between the city and Western Mass. (See statie)

Pockabook (n.): a purse; just how we happen to pronounce “pocketbook.”

The Pru (n.): The Prudential Center, a mall in the Back Bay.

Regular (n.): a coffee with cream and sugar, presumably ordered from Dunks and iced, even when it’s below freezing out.

So don’t I (int.): me, too. (We like to throw in negatives when they aren't necessary).

Space-saver (n.): any large household object (i.e. a lawn chair, a barrel) used after a winter storm to prevent anyone from taking your painstakingly shoveled, on-street parking spot.

Sticker (n.): a state inspection sticker for your car that you must renew on the same month every year, lest you get pulled over by a Statie; pronounced “stick-ah.”

The T (n.): the MBTA, our public transit system and favorite thing to complain about.

This fuckin’ guy (int.): a stranger who’s pissed you off; conversely, a friend you’re pleased to see.

Townie (n.): a city native who’s never left the neighborhood they grew up in, still hanging around in all of the same places with the same people.

Triple decker (n.): A popular three-floor apartment building, where each unit has a front porch/balcony, so people can sit outside, yell to their neighbors and rip butts.