The 10 best things we saw, ate and drank in April

April wasn't the best month weather-wise (this spring has been so crummy it compelled us to name April and March two of the worst months of the year in Chicago), but there were plenty of opportunities to have a great time inside. From one of the best art exhibits the city has seen in recent memory to a whole summit surrounding pizza, we had a hell of a time last month. Here are the 10 best things we saw, ate and drank in April.

Dawn of Midi at Constellation

I’ve been enjoying Dawn of Midi’s Dysnomia since the album was reissued by European label Erased Tapes last year. The trio consists of a drummer, bassist and pianist, much like a typical jazz combo, but the music it creates is inspired by the unrelenting precision of electronica. In concert, each player takes a simple phrase and repeats it with minor variations, accentuating rhythmic interplay rather than its melody. It’s a phenomena that’s difficult to explain but amazing to witness, especially in a venue as intimate as Constellation. —Zach Long

When I first heard the Art Institute's latest exhibit would feature the work of Vincent Van Gogh and center around the Dutch artist's famous trio of "Bedroom Paintings," I was a bit skeptical. After all, what could the exhibit teach me that I didn't already learn in a college art history class? But once I made my way past the crowds and into Regenstein Hall, I was in awe. The amount of work and attention to detail that the folks at the Art Institute put into the exhibit is nothing short of amazing. From a timeline detailing Van Gogh's life to an interactive breakdown of the differences between the three paintings to the dozens of other works from the artist on display, I gained a deep appreciation for not only what kind of person Van Gogh was, but also what kind of museum the Art Institute is. —Clayton Guse

The Chicago Humanities Festival seems to get better every year. Rarely does an event draw such a breadth of international talent from disciplines across the arts. Under the theme “Style,” this year's festival hosted media mogul Arianna Huffington to talk about the importance of sleep to creativity, world-renowned literary sensation Karl Ove Knausgaard to discuss his six-volume novel My Struggle, and Sally Mann, one of the most-decorated photographers to ever live, to speak about her life’s work. Even with the last-minute cancellation of fashion icon Iris Apfel, this fest was the place to be for Chicago fans of the arts. —Nick Kotecki

The pizzas at Balena are big enough to share—but this one you might just want to keep for yourself. Covered in spinach and artichokes with melty cheese and eggs (yes, eggs), this delicious pizza has just the tiniest kick of spice to keep things interesting. Not enough heat? It comes with a bit of spiced oil to send you right over the edge. —Elizabeth Atkinson

RuPaul’s Drag Race at the Glenwood

It’s not the only gay bar in town where you can watch new episodes of Logo’s addictive, catchphrase-spawning drag queen competition every Monday when it’s in season. But it’s probably the most chill, and it’s definitely the only one in Rogers Park. The Glenwood fills up with an eager audience every week, and you can fill up with cheap “double pint” drafts. I do hope they can upgrade the sound system before next season, though. —Kris Vire 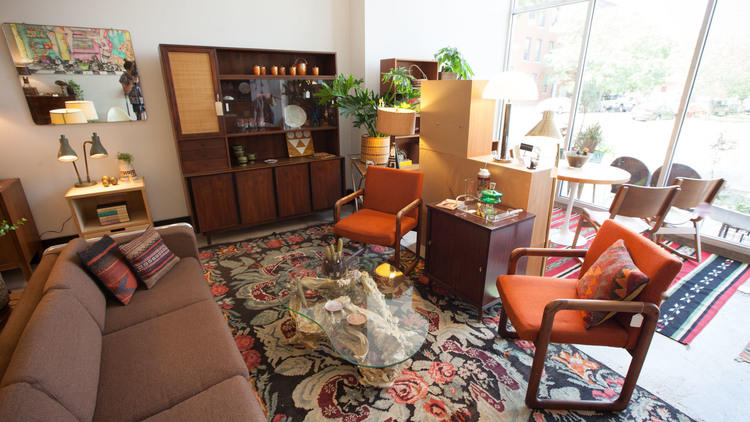 The shops in Humboldt Park

I finally spent an afternoon in Humboldt Park—and not just sitting by the lagoon or having coffee at C.C. Ferns (though those are much recommended outings, too). This time, though, I hit up Adams & Sons Gardens, Space Oddities and Humboldt House. I only took home a few items this trip—a couple of air plants, a necklace and a ceramic tumbler—but you can bet I’ll be back after my next paycheck for a cactus and, if I get all those finicky bills paid, a throw pillow or two. —Laura Rote 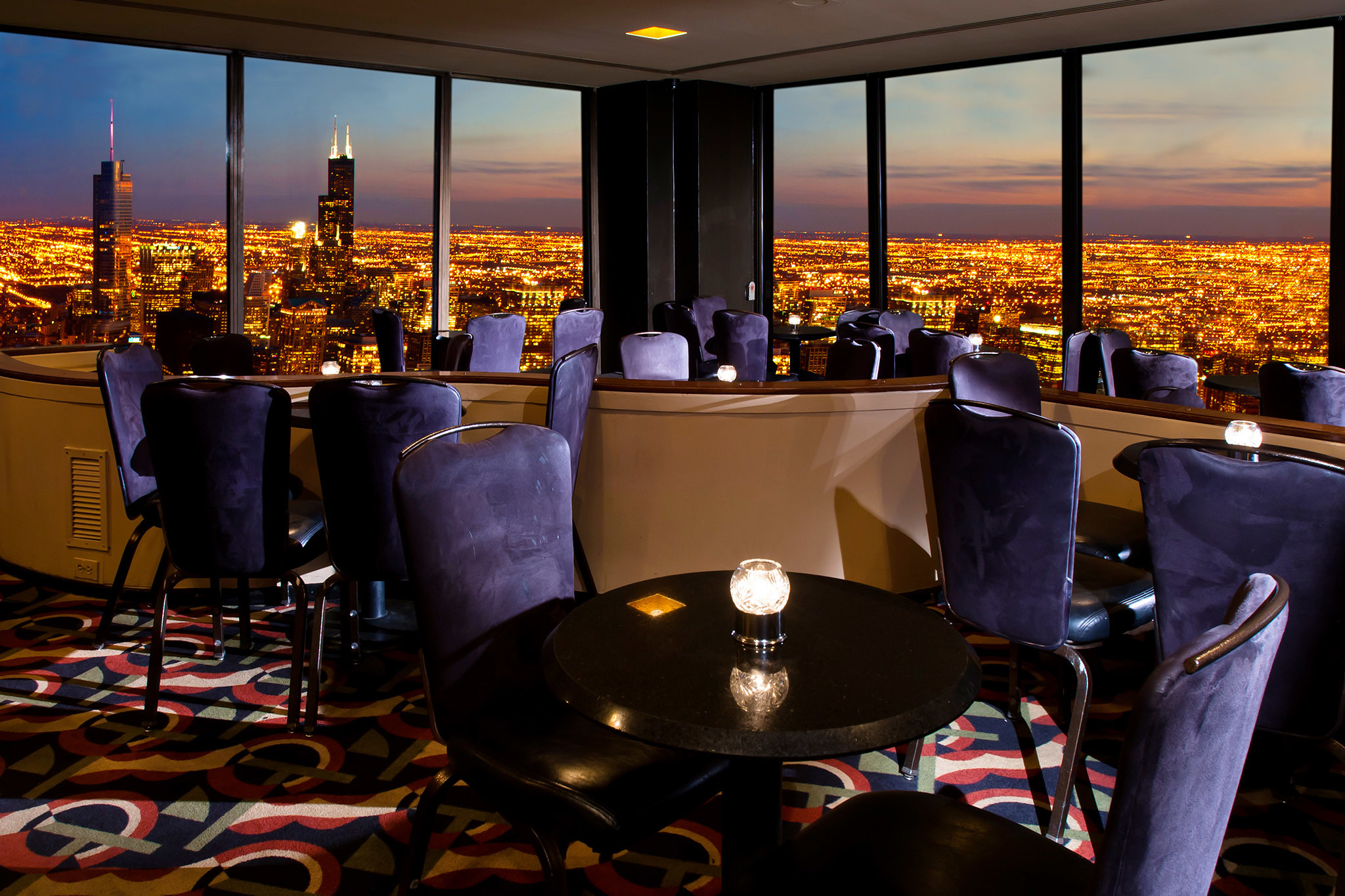 Look, I love going to the top of Chicago’s most beautiful skyscraper (in my humble opinion), but the $20 price tag for 360 Chicago isn’t nearly as inviting as a cocktail for less at the bar above it. If you’re looking to save a few bucks and have just as good of a view, wait a few minutes for a window seat at the Signature Lounge and you’ll be set, even if you’re in the clouds on an overcast day. —NK

A gigantic pizza party catered by some of the city’s most beloved pizzerias could have been a disaster. Thankfully, the slices were hot and plentiful and the lines were (fairly) short at the inaugural Chicago Pizza Summit, which served up pies from Dante’s, Dimo’s and Home Run Inn. A remarkably poignant keynote speech was made by musician and pizza advocate Andrew W.K., who observed, “It’s very rare to meet someone who doesn’t like pizza. Even if they don’t eat it, they appreciate the spirit of pizza.” Fittingly, the tangible sense of unity at this event was almost as delicious as the cuisine being honored.  —ZL

So this one might not be from Chicago, but if you look around hard enough, you’ll find it (I found it at Hopleaf). To put it bluntly, Almanac’s Ginger Gose is stunning. It’s salty and it’s got a bit of a ginger kick, but it’s still light enough that you can drink a few. And at 5 percent ABV, no one’s gonna stop you—at least not until the keg kicks. —EA 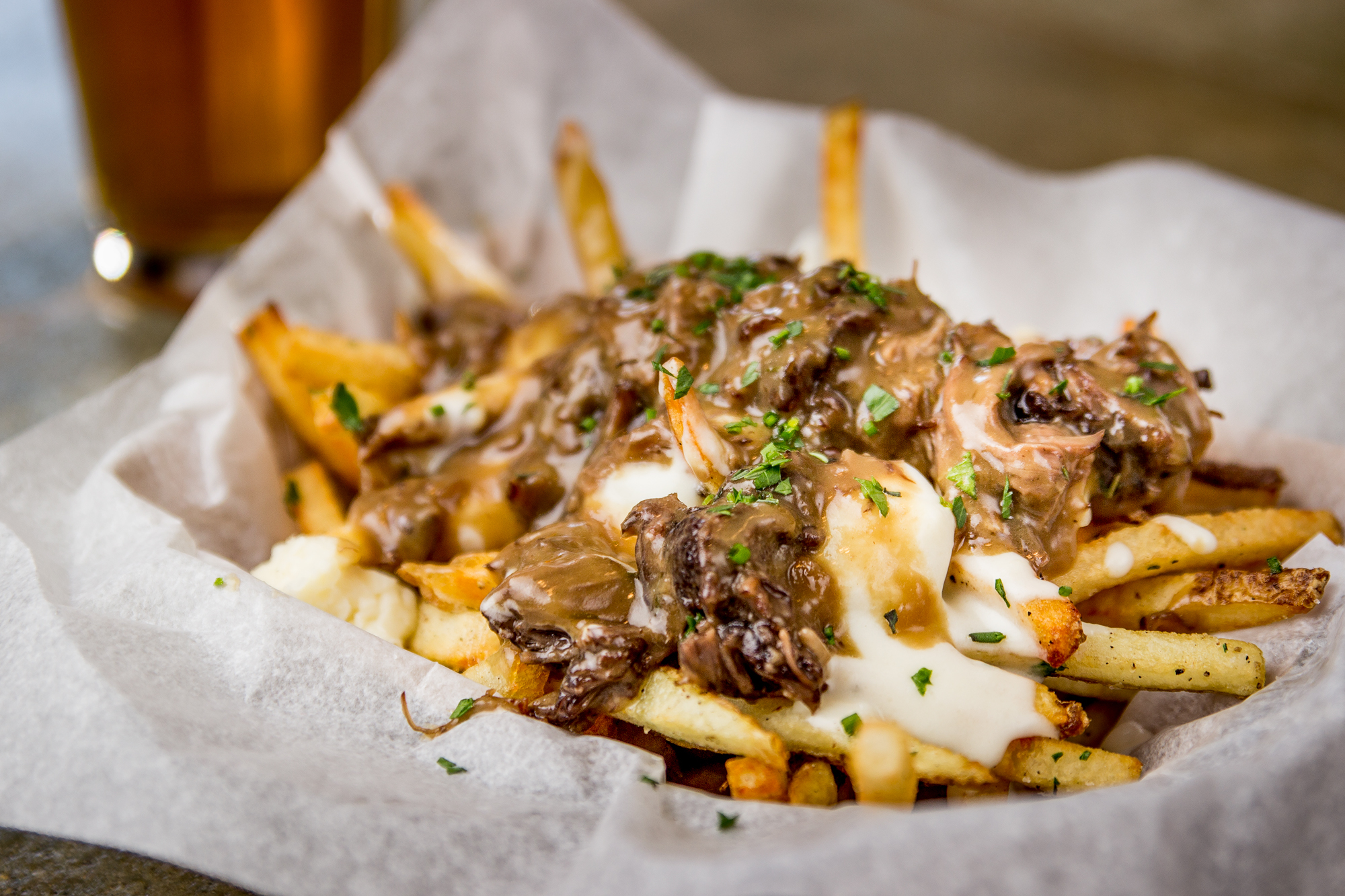 Beard & Belly at Sidecar at the Long Room

Last fall, the Long Room opened Sidecar, a pop-up window serving grub to hungry drinkers. I had the opportunity to try the fare provided by Beard & Belly on a Saturday night, and it was just the greasy comfort food my booze-ridden stomach needed. From a poutine that could make a fellow from Quebec blush to the lineup of burgers, I was in heaven.  —CG