The eight best things we saw, ate and drank in May

May was a pretty great month in Chicago. It started off cold and rainy, but halfway through it turned a corner and the warm glow of summer finally showed its face. Patios opened up, farmers' markets set up camp and the country's unofficial queen made a visit.

Queen Bey brought her Formation Tour to Soldier Field for a two-night stand over Memorial Day (Memorial Bey?) weekend, and did not disappoint. She was backed by an all-lady ensemble of dancers and musicians. She splashed around in a pool of water that somehow appeared on the stage. She sang an a capella version of "Love On Top" (er, well, the crowd did most of the work there). By the end of the show, there was hardly a dry eye in the stadium. Beyoncé slayed, and was as inspiring as she ever is in the process. —Clayton Guse

I ubered to and from this Humboldt Park garden center not once but twice in May for everything from hanging flower baskets to air plants. I was tempted to take home a giant cactus, too, but decided to save that for June. Needless to say, Adams & Son has everything you could want and more, whether you have a modest porch like me or a sprawling yard and garden. —Laura Rote

There's these Jell-O shots hanging out on Sable's new menu and you should definitely get them.

The new menu at Sable is based on a train line that roughly resembles the CTA and innovative original cocktails to match. All the cocktails are sure to be interesting, but grab the Neverland Triangle for something truly different. It’s a trio of gelatin shots (read: Jell-o shots) but way more high-brow. It comes in mojito, aviation and strawberry pisco sour flavors in a wooden box filled with crushed ice and pretty garnishes. But you should definitely throw the shots back like you’re in college for the full taste experience. $14 at Sable Kitchen and Bar. —Elizabeth Atkinson

Though he is frequently reduced to a footnote in the development of the new wave movement (or simply referred to as “the guy with the song about cars,”), Gary Numan deserves a bit more credit for his genre-bucking synth pop. It’s telling that during Numan’s performance at the Metro—part of a three-night stand that found him revisiting some of his earliest records—an industrial rendition of “Cars” seemed like an afterthought. Numan has always been more than a one-hit wonder, and his front-to-back performance of 1979 album The Pleasure Principle proved just how prescient his paranoid lyricism and synth-heavy production truly was. —Zach Long

Ten whole days of CCBW, filled with tastings, tap takeovers, two festivals and more, were certainly eye-opening to find out what’s going on in the beer world in Chicago and the greater midwest, and it certainly felt like running a marathon. From the sour beer fest at Delilah’s we’re certain owner Mike Miller is already collecting for next year to an overcast but perfect day at Welles Park, we loved every minute of it, but wouldn’t mind if it was only seven days next year. —EA

Yes We Can! at Billy Sunday

I don’t know how I’ve never had this drink before, as it combines two of my favorite things—sake and drinking out of cans. Yusho Funaguchi Sake plus rum, pineapple tepache, lime, cilantro and bitters goes down way too easy, and sitting at the bar at Billy Sunday is never a bad time. —LR 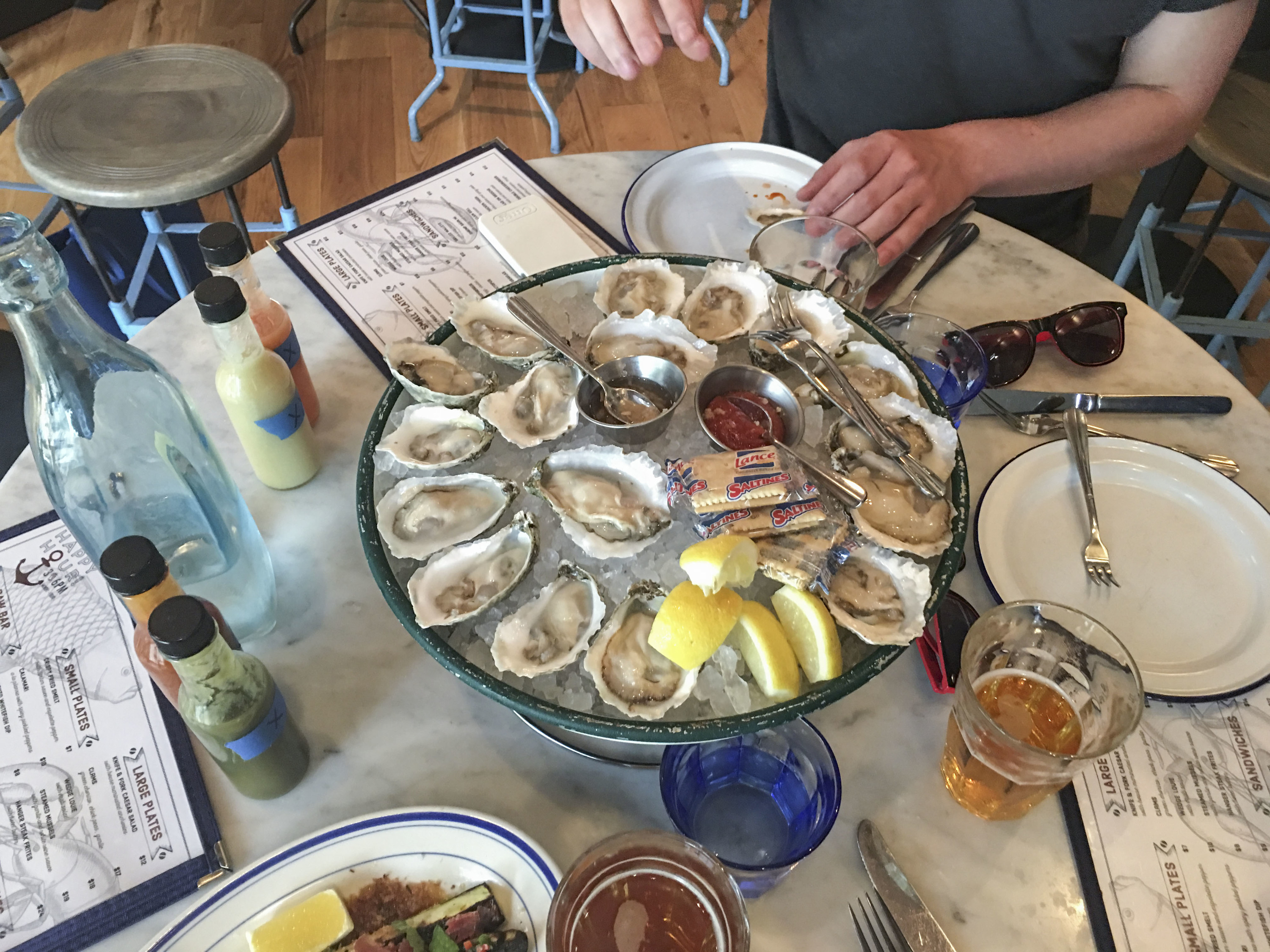 I'm not usually off work in time to hit up any of the dozens of great happy hours around town, but my merciful bosses cut us loose early on Friday and I headed over to Cold Storage in the West Loop with a couple other TOC staff members. On weekdays, the spot has $1 oysters and $3 draft beers between 3pm and 6pm. I proceeded to eat a dozen oysters and drink three beers, which, needless to say, left me in a pretty interesting state. —CG

We don’t talk enough about Revolution as a brunch spot. Get there decently early on a weekend morning and you’ll see no sign of the long lines and long waits they often have at dinner—my friend and I walked in at 11:30 on Sunday and were seated right away. And the menu offerings are solid, from the Bloody Mary made with Eugene Porter in the mix to pancetta biscuits and gravy. But this gloriously gluttonous breakfast pizza is what I’m still thinking about days later: with sausage gravy as its sauce, juicy chunks of fried chicken and topped off with a sunny side up egg and a drizzle of hot sauce. I’m counting the seconds till it’s brunch o’clock again. —Kris Vire