How Chicago musicians have continued creating during quarantine

Three local artists recount the challenges of bringing new music into a world in the midst of a shutdown.

The onset of the pandemic back in March brought much of the music industry to a standstill, as festivals were canceled, music venues closed their doors and uncertainty reigned supreme. Unfortunately, not much has changed over the past seven months—Chicago music venues are still in danger of closing permanently and, save for the occasional drive-in show or outdoor performance, most concerts now take place online.

Thankfully, the ongoing turmoil hasn't stopped Chicago artists from creating and releasing new music. The current circumstances have made it more difficult to record new music and promote it without the aid of live performances, but musicians are creative people who are used to confronting challenges. We spoke with emcee Rich Jones, rapper Brittney Carter and punk rocker Laura Jane Grace about crafting and releasing their recent records, as well as how being stuck inside has impacted their work and process. 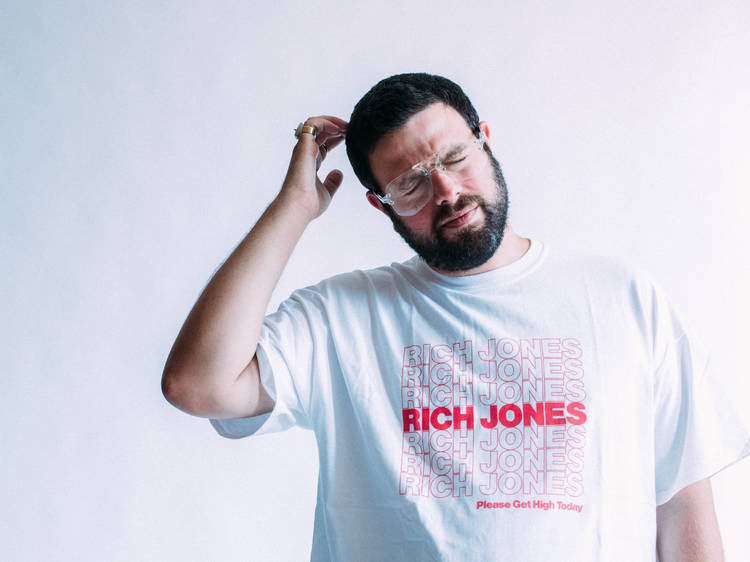 Like a lot of great hip-hop records, How do you sleep at night?—the latest project from rapper and singer Rich Jones—began with a collection of beats, supplied by Jones’s childhood friend, producer Montana Macks. Initially, Jones intended to comb through the 14 hours of tracks to help Macks assemble an instrumental record inspired by the “beats to study and chill to” playlists he’d been listening to during the first few months of quarantine. It was only when he became immersed in the music that Jones started setting aside tracks he had ideas for, eventually getting the go-ahead from Macks to start writing lyrics for them.

Working on a new project wasn’t how Jones expected to spend his summer. Just before the U.S. started shutting down in March, Jones had spent a week in Los Angeles putting the finishing touches on an album that he’d planned to release in 2020. “That’s an album that I’m excited to see performed live and it needs to be performed live, and that’s why it’s on the shelf right now,” Jones explained, noting that the small independent venues where he usually performs aren’t likely to reopen anytime soon.

With his plans on hold, Jones hunkered down with some borrowed equipment and began writing about his current state of mind and the turmoil that engulfed Chicago at various points over the past seven months, including demonstrations where Jones’s friends say they were pepper sprayed and beaten by officers in riot gear. Lyrical references to helicopters flying overhead and police on the streets throughout How do you sleep at night? respond to the Chicago-based protests against the murders of individuals like George Floyd and Breonna Taylor by law enforcement. “I wanted to make sure I was properly addressing this moment in a manner that allowed it to have the necessary weight that comes with it,” Jones said.

Jones was also intentional about how listeners experience How do you sleep at night?, which isn’t available to stream on Spotify—mostly due to the streaming giant’s CEO's recent suggestion that artists should increase their output to make more money, which Jones deemed “insulting to craftspeople.” The project is only available to purchase through Bandcamp because Jones wants listeners to experience the work in its entirety. “I would hate for you to find a song on a playlist and have that be your whole concept of what this is,” he explained.

Produced by his lifelong friend and featuring verses from local hip-hop legends like Psalm One as well as relative newcomers like Matt Muse, How do you sleep at night? is an appropriately community-oriented way for Jones to cap off a decade of making music in his hometown. And despite being conceived during a global pandemic surrounded by tragic events, it’s a project that has allowed Jones to continue honing his craft. “Having the time to not be distracted and really have to focus on what’s in front of me everyday, that’s done nothing but help me and make what I do better,” Jones said.

Purchase How do you sleep at night? via Bandcamp 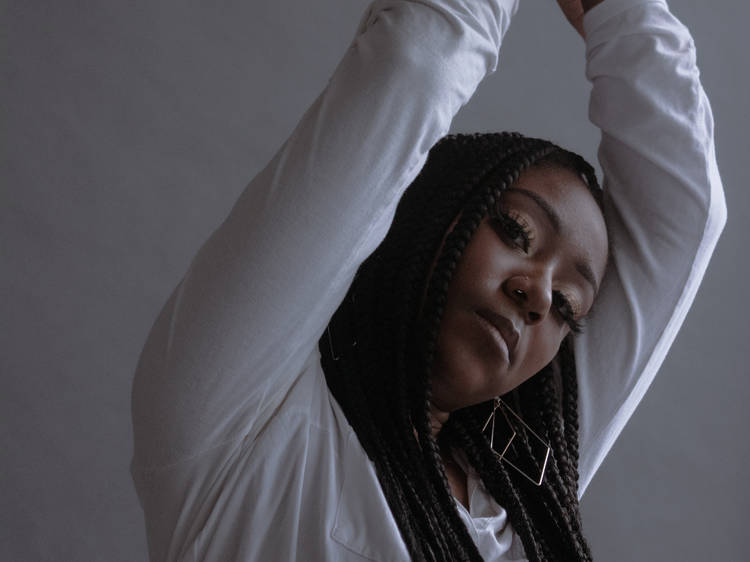 When it came to the release of her debut full-length project As I Am, rapper Brittney Carter always envisioned dropping it in the fall (“It sounds like fall to me,” she explained), but she never planned on it coming into a world still in the grip of a pandemic. “At the beginning, I was thinking maybe this will all blow over by October and I’ll be able to have a huge listening party,” Carter said. “It was just a matter of readjusting and trying to figure out how we can still get this out and have people listen to it.”

Carter began recording As I Am in late 2019, using a collection of instrumental tracks sent to her by Chicago producer Scud One to guide the project’s smooth and unobtrusive production, which accentuates Carter’s taut flow and insightful lyrics. She wrapped up the project’s final tracks in April, working in a recording studio where everyone was now wearing masks and surfaces were being frequently satitized.

At first, the transition to creating in relative isolation appealed to Carter, who has already started crafting demos for new songs. “At the beginning, it was really cool because I’m a homebody; I like to be at home,” Carter says, noting that quarantine gave her more time to read and focus on her music. “And then after a while it was like, damn, I need to be outdoors. I need to see people.”

Just before the release of As I Am on October 25, Carter was able to interact with some fans of her music in-person during a series of listening parties hosted at the Connect Gallery in Hyde Park. Over the course of three limited-capacity, masked and socially-distanced sessions (with lots of sanitization in-between), Carter talked about her songs as people heard them for the first time. She also set up a pen pal station at the events, asking attendees to write her a letter and include an address if they wanted a reply from her.

Without any live performances on the horizon, Carter is continuing to promote her music by sharing it with anyone who will listen. Back in September, a video of her freestyling earned a retweet from Missy Elliot, gaining her some new followers who will hopefully watch her new music videos or buy some of her merch. “It’s really just me interacting with people who support me, taking the time to actually have conversations with people,” Carter said, describing how she’ll continue to spread the word about As I Am. As for her new pen pals, they can expect a reply soon—she’s mailing out 12 letters this week.

Purchase As I Am via Loop Theory 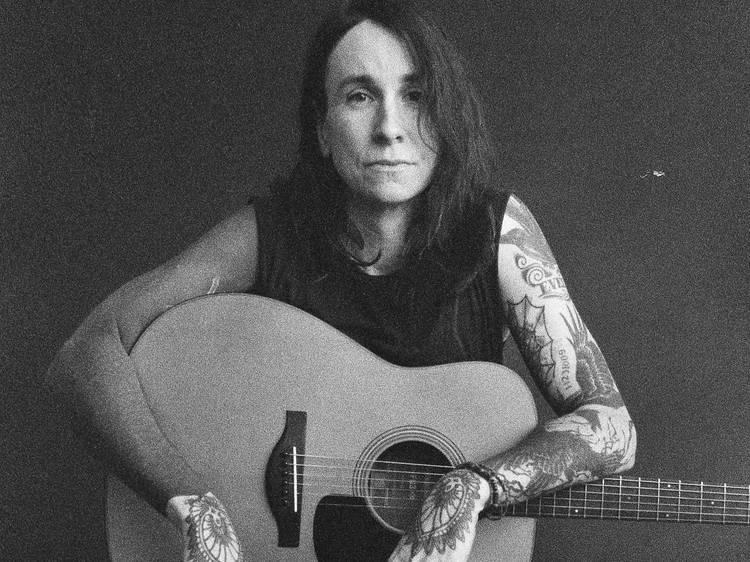 Three days into a tour with her band Against Me!, Laura Jane Grace found herself heading back home to Chicago as the pandemic began shutting down much of the world. In the coming weeks, a year of scheduled touring would be canceled and any hope of getting together with her farflung band to continue working on a record would dissolve. After spending a month in shock, Grace needed to figure out how to move forward.

Armed with a collection of songs that she’d previously been demoing with Against Me!, Grace decided to get them into the world on her own. On the recommendation of some friends, she called local studio Electrical Audio and booked four days with acclaimed engineer Steve Albini. Then, she spent a month running through the songs on an acoustic guitar in her bathroom every day (a period she jokingly refers to as her “Rocky movie montage”).

All of the songs Grace practiced were written prior to the onset of COVID-19, but many of them began to take on new meaning in an increasingly polarized and secluded world. A track called “Hanging Tree” that lashes out at President Donald Trump and his white supremesist supporters began feeling like an appropriately angry response to George Flloyd’s death at the hands of the police. Likewise, a song called “Shelter In Place” written about a month-long recovery from a medical procedure in Spain could suddenly be applied to life in quarantine.

Four days in the studio with Albini (whose face was always obscured by a mask, according to Grace) resulted in a record called Stay Alive, which Grace released via Illinois label Polyvinyl Records. It’s an intentionally stripped-down punk rock affair, featuring little more than an acoustic guitar, the occasional drum machine and Grace’s vocals. “I wanted a record that was an actual document,” she said. “If we can’t have live music right now, let’s make what’s essentially a live recording.”

The experience of making Stay Alive coincided with Grace’s decision to quit smoking cannabis (on April 20, of all days), giving way to what she described as “a lot of relearning and feeling for the first time.” Coupled with the loss of structure in her life provided by a cycle of touring and recording, Grace took control and set her own deadlines, finding direction in the process. “Figuring out ways to still be a functioning, working artist is the challenge during this time, but I realized I need that [structure] and that fuels the creativity,” she said. 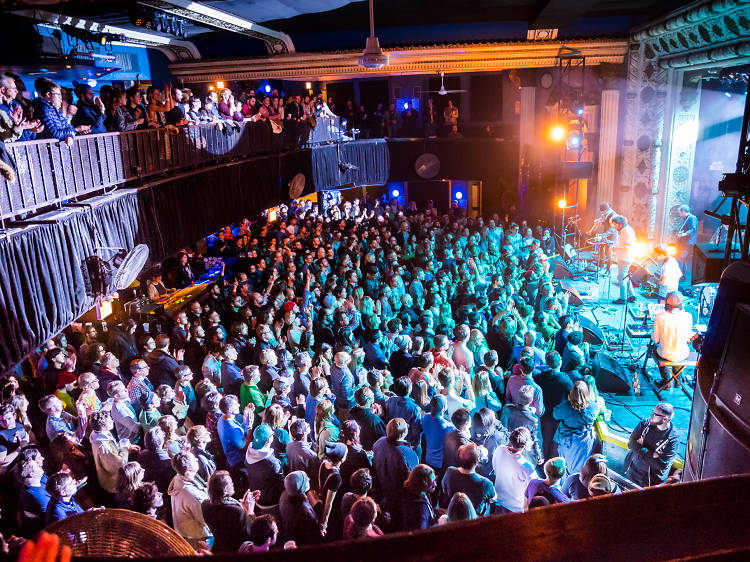 Local musicians are feeling the absence of spaces to see live music, which also happen to be the same places that enable many of them to make a living by performing. We reached out to some of our favorite Chicago artists and asked them to describe their most memorable experience in a local venue—from formative first concerts to raucous album release shows.