Chicago might be best known for its robust lineup of summer music festivals, but the fun doesn't end when the weather gets cold. Each January, Tomorrow Never Knows brings the festival experience indoors, offering five days of of concerts and comedy shows at some of Chicago's best music venues, including Schubas, Lincoln Hall, Hideout, Metro and Smart Bar.

This year's lineup is heavy on indie-rock stars, ranging from the lyrically obtuse synth-pop of Destroyer to Spanish garage rockers Hinds. Other highlights of the TNK bill include a collaboration between Baltimore troupe Wham City Comedy and local weirdos Helltrap Nightmare; the return of L.A. noise rockers No Age and a solo performance from Sonny Smith (of Sonny and the Sunsets). There's also a long list of notable local acts to see, including house DJ Mark Farina, DIY rockers Melkbelly and singer-songwriter V.V. Lightbody.

Take a look at the full lineup of Tomorrow Never Knows 2018 shows below and start plotting your January concert calendar. 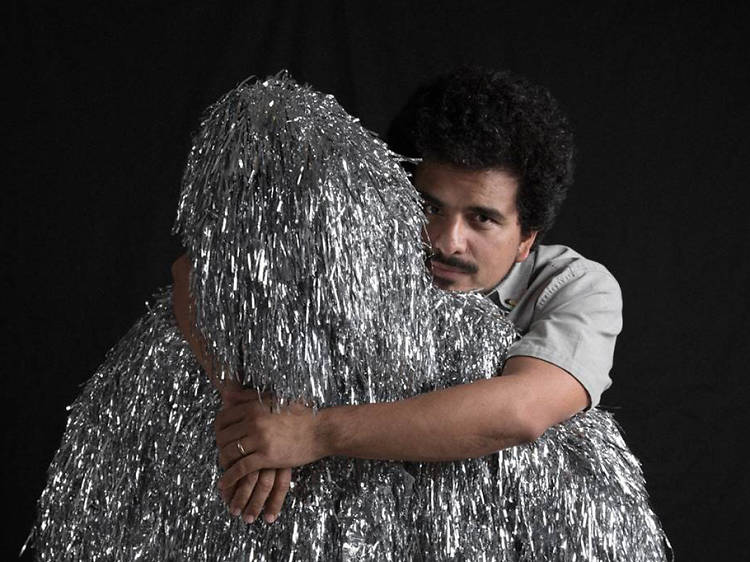 Mixing Spanish and English lyrics throughout his experimental electro-pop arrangements, Roberto Carlos Lange (a.k.a. Helado Negro) brings a multicultural approach to a collection of songs that reconcile with his identity as a person who was born in America but is the child of Ecuadorian immigrants. Written to accompany a performance by a group of tinsel-clad dancers, his new album Private Energy celebrates the power of self-expression, no matter what shiny costume you decide to wear. L.A. synth-pop artist Cuco and local act Divino Niño make up the remainder of this decidedly bilingual bill during the Tomorrow Never Knows festival. 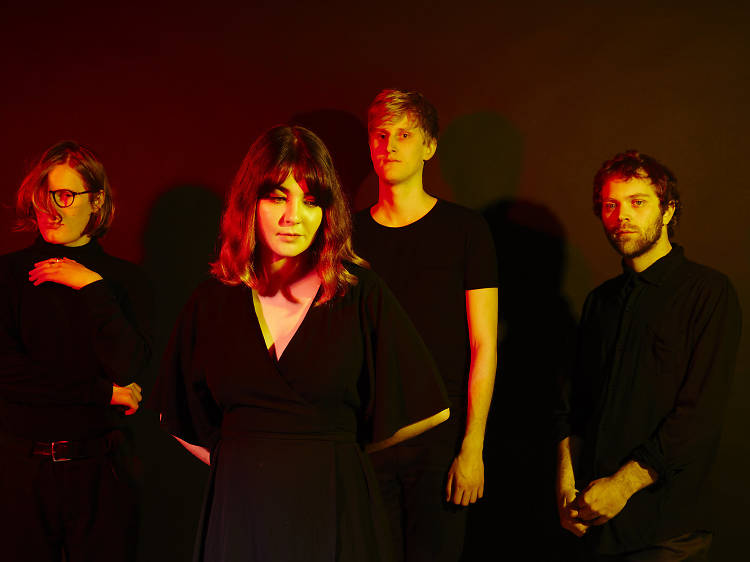 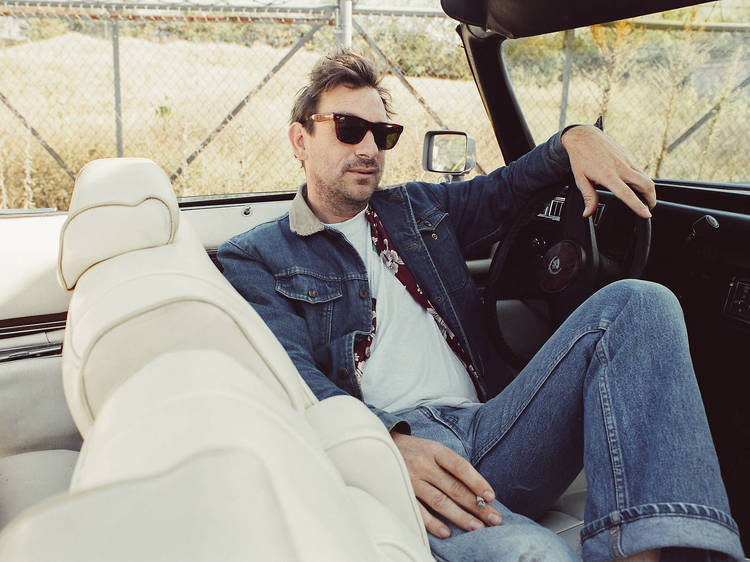 At the head of Sonny and the Sunsets, Sonny Smith distilled the sun, sand and surf of his San Francisco upbringing into goofy garage rock odes that continued the West Coast idolizing tradition of the Beach Boys. Going solo on his debut LP for Dan Auerbach's record label, Smith presides over another collection of jangling, easy-going anthems that are as appropriate for soundtracking cross-country road trips as they are for sunset surf sessions. Folk singer-songwriter Cut Worms, Nashville indie-pop duo Okey Dokey and Chicago rockers Cafe Racer support. 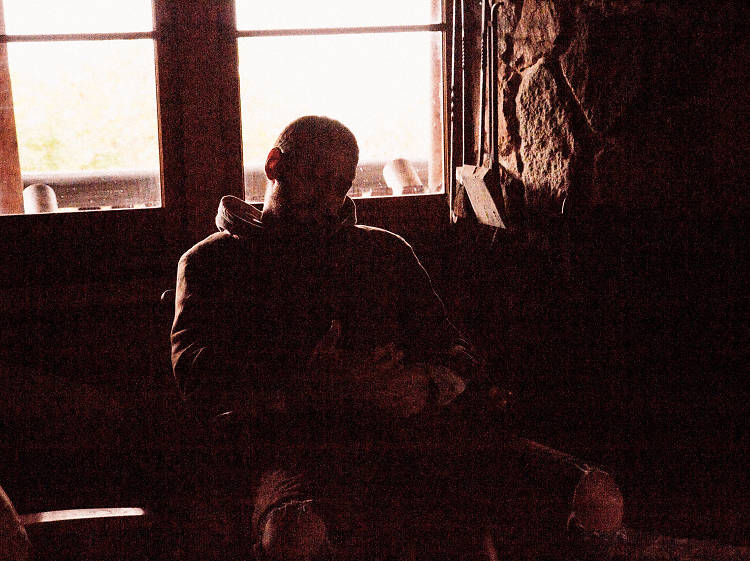 Willfully enigmatic Toronto musician Allan Rayman largely lets his output speak for itself, eschewing most interviews, social media and conventional publicity for his records. On his sophomore release, Roadhouse 01, he assumes an alter-ego and delivers a gritty, moody take on modern R&B that doesn't hide its reverence for fellow Toronto resident the Weeknd. Young pop singer Blaise Moore and Chicago producer OddCouple open the show.

Baltimore comedy group Wham City graces the Hideout with its bizarre, art-comedy sketch stylings. Comprised of Alan Resnick, Ben O'Brien and Robby Rackleff, the group is widely known for its video comedy and its stints of shows on Adult Swim. Opening the show is local collective Helltrap Nightmare, which is known for grotesque jokes involving a whole lot of body fluids. This alt-comedy double-feature is not for the squeamish. 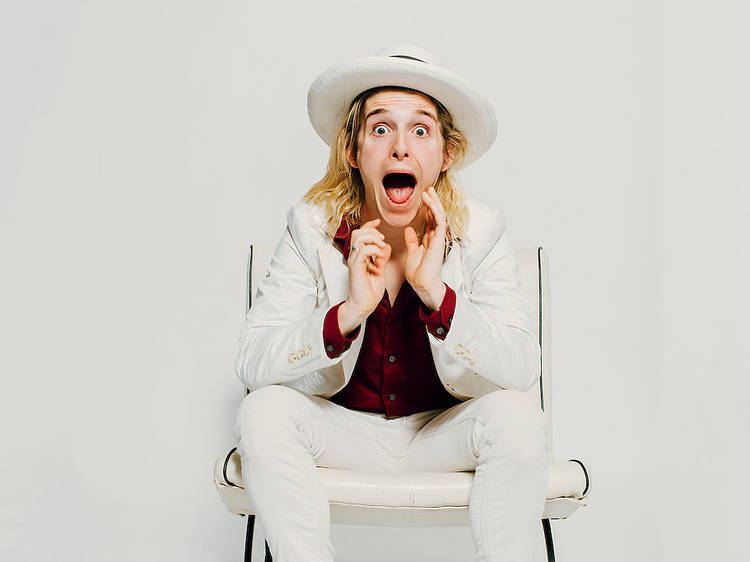 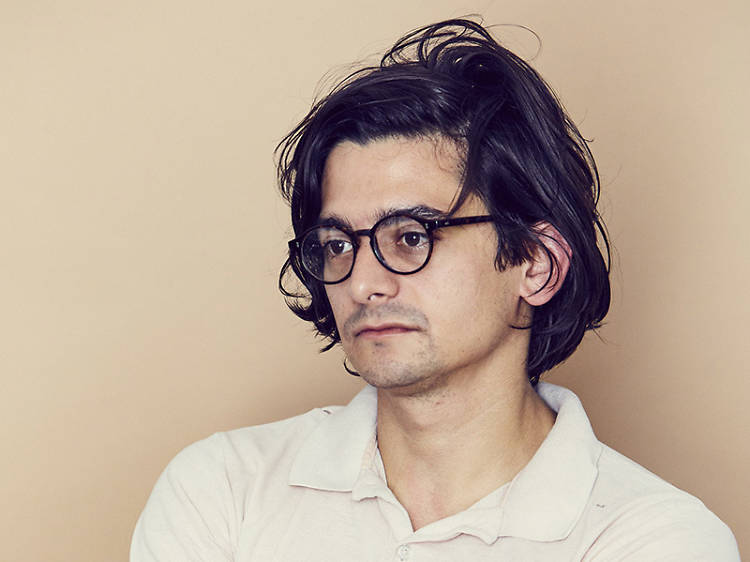 While he's perhaps best known for his roles on Better Call Saul, 30 Rock and the recent revival of Twin Peaks, comedian Josh Fadem's specialty is stand-up comedy with a streak of the absurd. At one recent outdoor performance, Fadem covered himself in vaseline before jumping into a nearby river—he probably won't get quite so physical during his Tomorrow Never Knows set, but don't be surprised if he ends up hanging from the Hideout's rafters at some point during the evening. 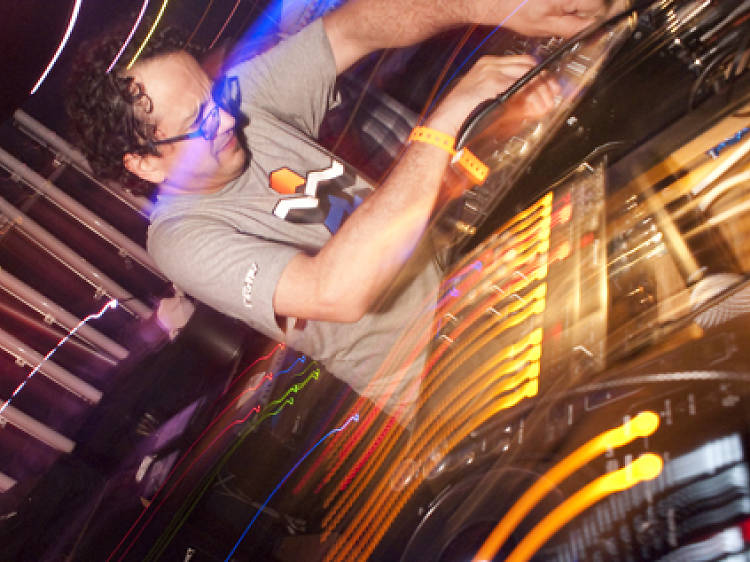 In a city filled with DJs that hold a close connection to Chicago's house music history, Mark Farina might be one of the most accomplished. After meeting Derrick Carter in a local record shop, Farina fell down the house music rabbit hole, producing tracks and becoming known for his deep, "Mushroom Jazz" sets—some of which last as long as eight hours. Taking a break from his consistent touring schedule, Farina gets behind the decks at Smart Bar during the Tomorrow Never Knows festival. 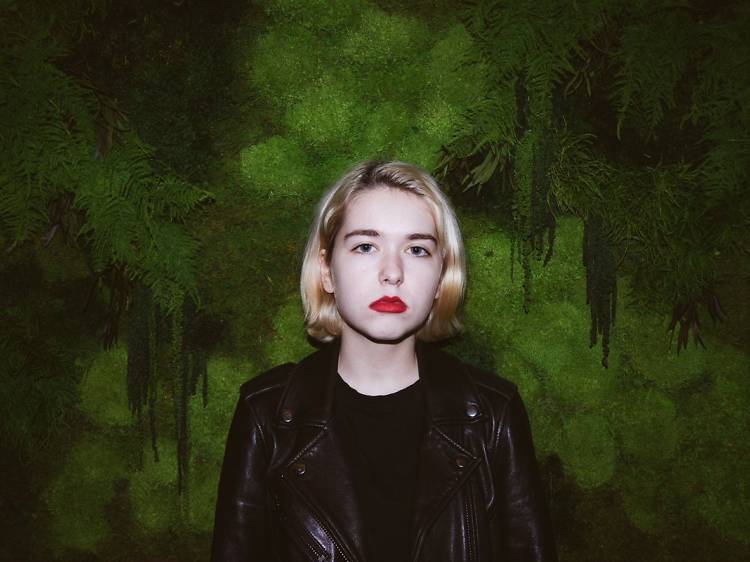 If you want to get some bang for your buck during the Tomorrow Never Knows festival, there's no more stacked bill than this one, headlined by teenage indie-rock wunderkind Lindsey Jordan and her band Snail Mail. She'll be joined by Detroit rocker Stef Chura (whose recent album, Messes, evokes a more experimental Liz Phair) and Texas singer-songwriter Lomelda. As if that wasn't enough, rising Chicago acts Bunny and Ratboys will also turn in sets, so get comfortable for a packed evening of music. 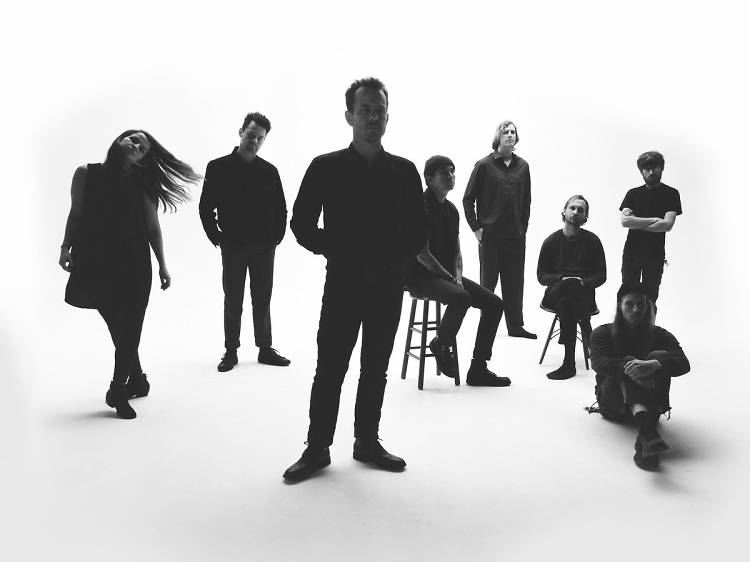 Eleven-piece Oregon outfit Typhoon makes the kind of cinematic folk-rock that requires a string section and releases records that are divided into "movements." The group gets even more dramatic on its new LP, Offerings, as frontman Kyle Morton makes his way through a suite of moody songs that are at least partially inspired by the work of avant-garde novelist Samuel Beckett—fortunately, there's no quiz for comprehension after the show. A pair of Portland indie rock bands, Mimicking Birds and Sunbathe, round out the Pacific Northwestern bill. 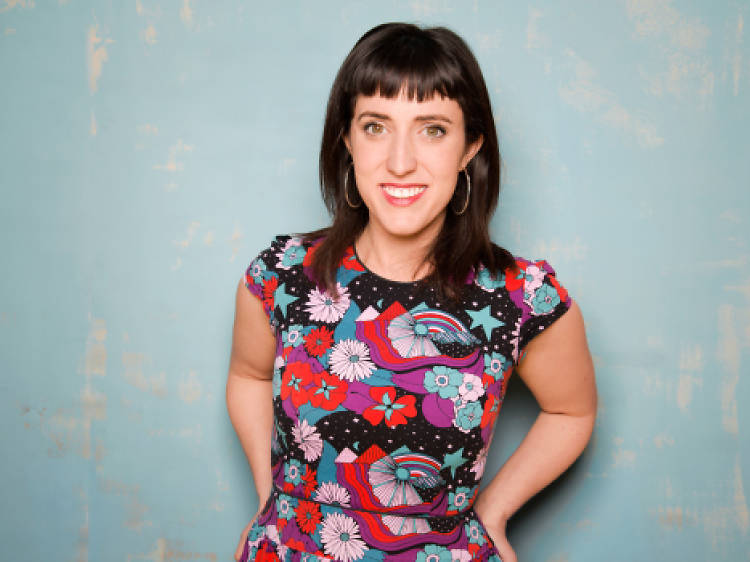 In her act, stand-up comedian Kate Willett laments how difficult it is to be a feminist without being viewed as antagonistic. Her biting (and often raunchy) commentary on life as a woman takes plenty of time to laugh at the state of the world, but her most effective jokes clearly expose the steps that can be taken to make the world a better place, regardless of your gender. 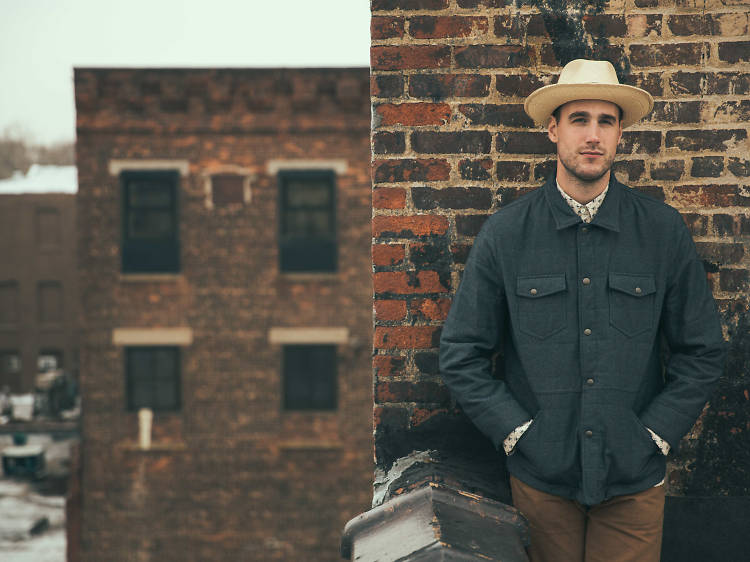 The son of pedal steel player Bucky Baxter (who has played with the likes of Bob Dylan and Steve Earle), Nashville singer-songwriter Rayland Baxter is clearly a student of country and folk music. His 2015 record, Imaginary Man, takes each genre's tropes in stride while introducing some synthesizers and rock production to the equation, resulting in alt-country odes that are undeniably contemporary. Nashville psych-rockers Liz Cooper and the Stampede and local guitarists Bill MacKay and Ryley Walker open. 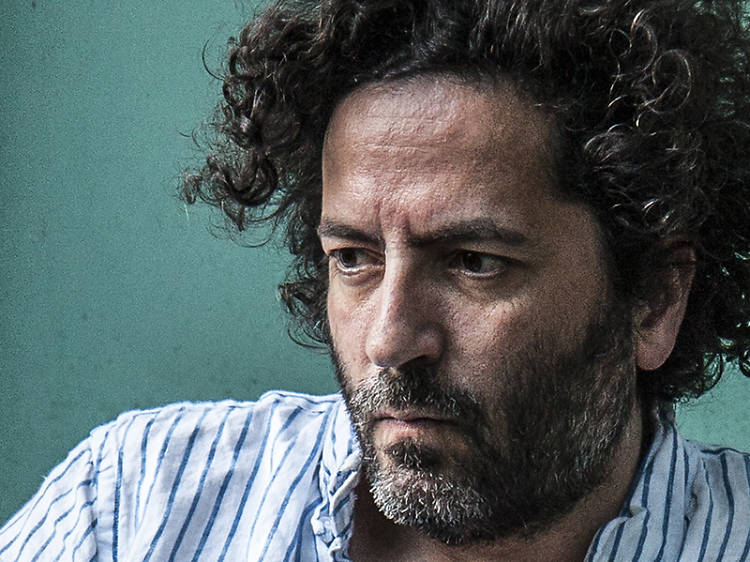 Singer-songwriter Dan Bejar dives headfirst into ‘80s synths and reverberating snare hits on his latest album, Ken. Wisley sidestepping the unbridled romanticism that dominated the decade's pop music, Bejar instead plays up the apprehension and paranoia of the Cold War era, drawing parallels to the upheavals of the modern world without getting bogged down in the political machinations. Seattle singer and instrumentalist Erin Birgy's jazz-influenced project Mega Bog supports. 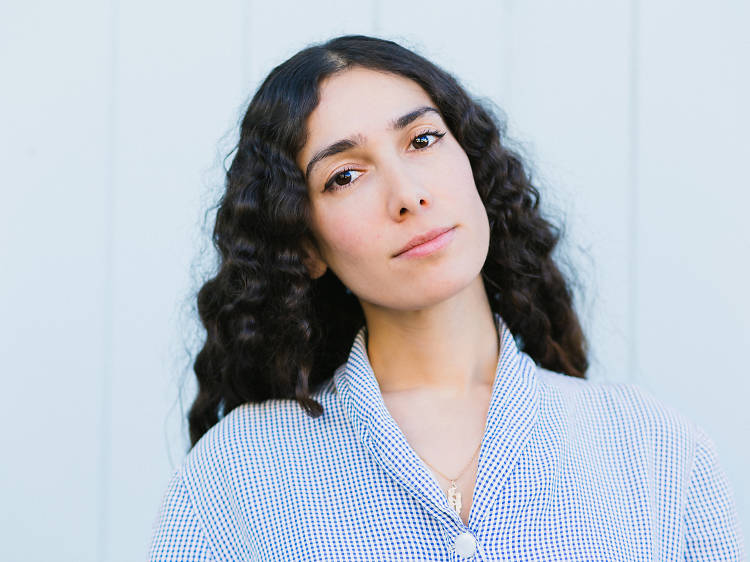 Bedouine is a fitting name for singer-songwriter Azniv Korkejian, who has wandered the world since she was born in Aleppo, Syria before moving to America with her family and spending time in Boston, Texas, Kentucky and Los Angeles. The subdued folk ballads that populate her self-titled debut were fleshed out at Spacebomb (the Virginia studio used by Matthew E. White and Natalie Prass), where a string and horn section added lush melodies to Korkejian's sparse but stirring arrangements. Hushed songwriter Angelo de Augustine Montreal pop balladeer Helena Deland and local musician V.V. Lightbody round out the lineup. 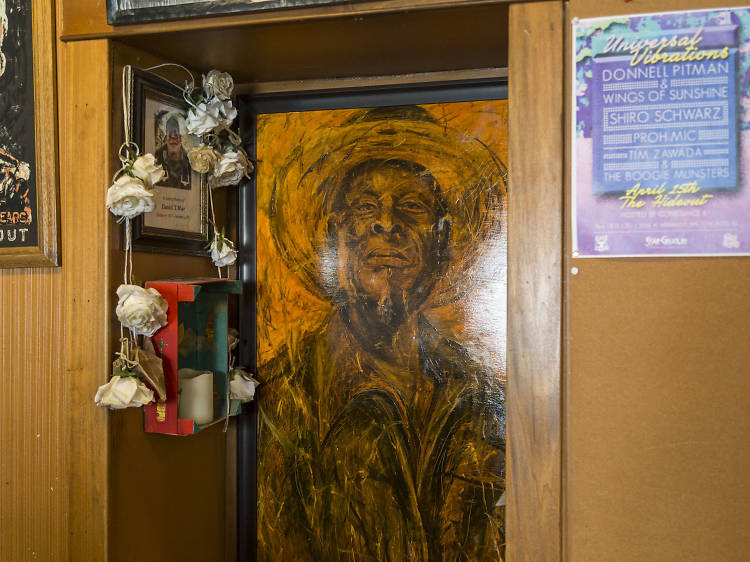 Comedy at the Knitting Factory

Kenny DeForest, Clark Jones and Will Miles host a weekly Brooklyn stand-up show, which they're bringing from the iconic Williamsburg comedy venue to Chicago for just one night as part of Tomorrow Never Knows Festival. 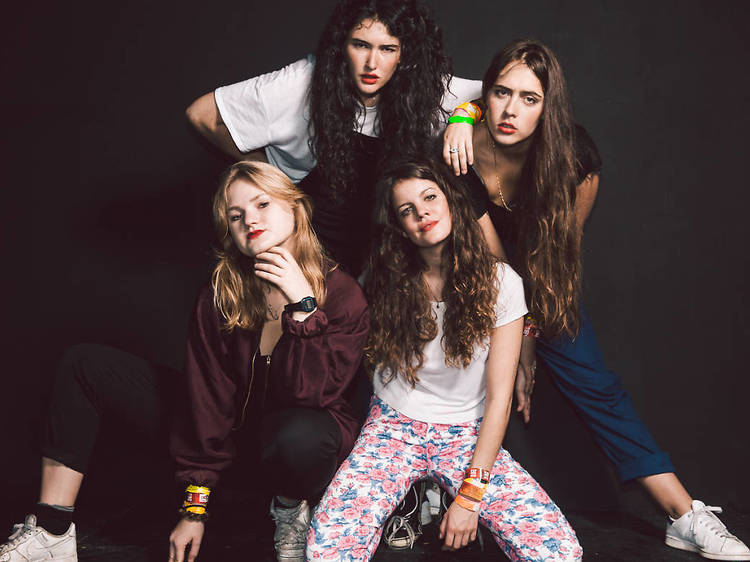 Madrid garage-pop quartet Hinds treads well-worn ground but does it with panache, piling on loads of Velvets-esque unpolished charm and summery vibes. The group's 2016 debut, Leave Me Alone, boasts a standoffish title, but the album's fuzzed-out tracks are filled with deeply personal confessions about the search for connections in a world filled with distractions. Norwegian punks Sløtface and local rockers Peel support.