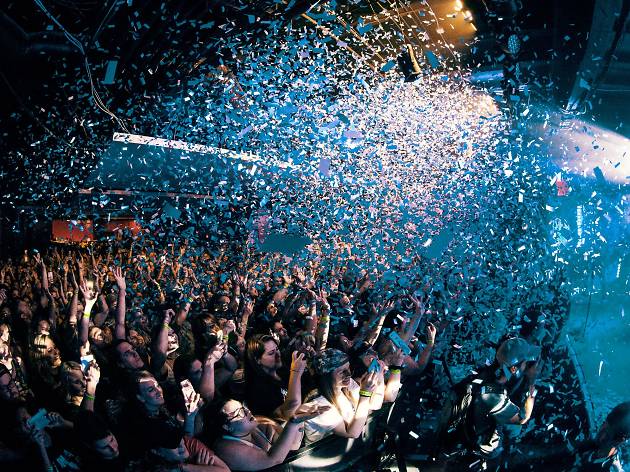 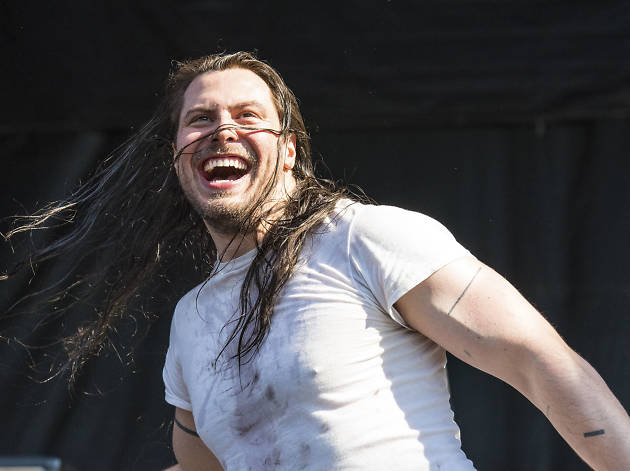 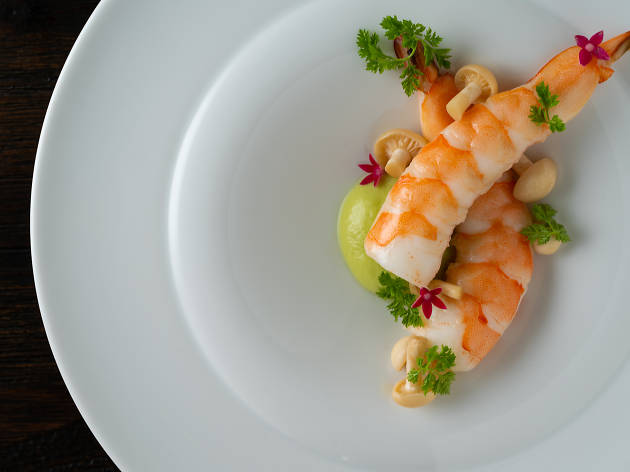 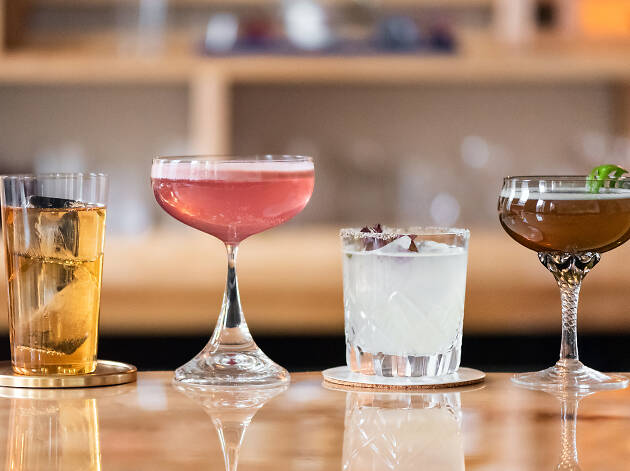 Ready or not, New Year's Eve in Chicago is just around the corner and it's time to figure out how you want to ring in 2021. As usual, you have no shortage of options on the final night of the year, whether you want to party inside of one of the best Chicago hotels or catch a show at a Chicago music venue. If you're more worried about what you'll be eating, check out the special menus at Chicago’s best restaurants before you head to the Chicago Riverwalk to see the midnight fireworks display (or rush home to watch it on TV). There's no wrong way to welcome 2021, so take stock of your options with some of the best things to do on New Year's Eve in Chicago.

Skip the parties and head to a show headlined by acts like Andrew W.K. and Sleep

Wine and dine your way into 2020 at these fantastic restaurants.

The party doesn't have to stop at these amazing Chicago bars. 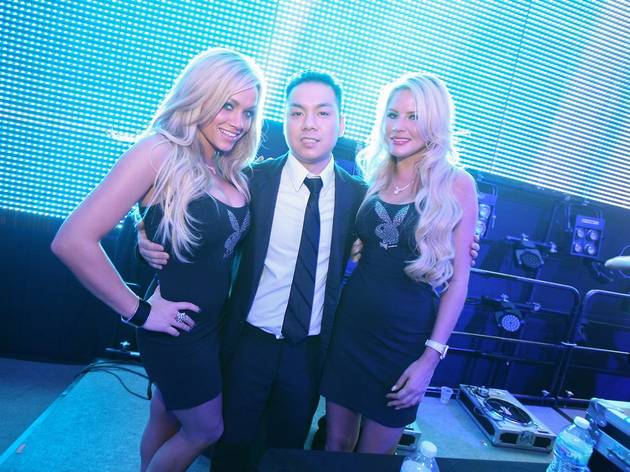 Hef throws a New Year's party at the Hilton. 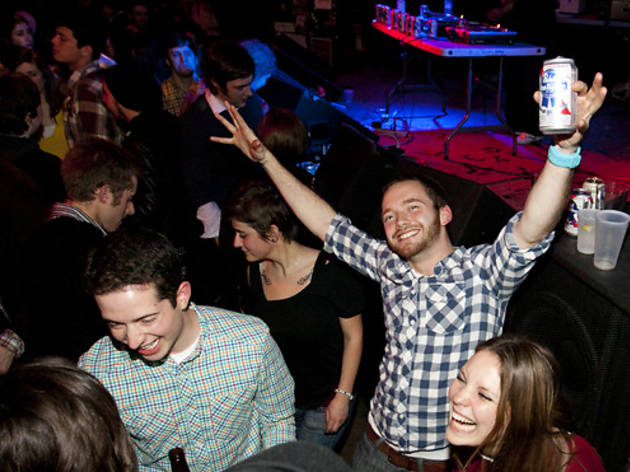 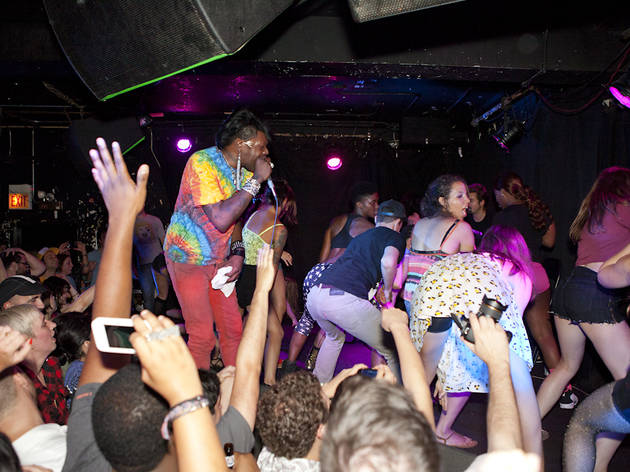 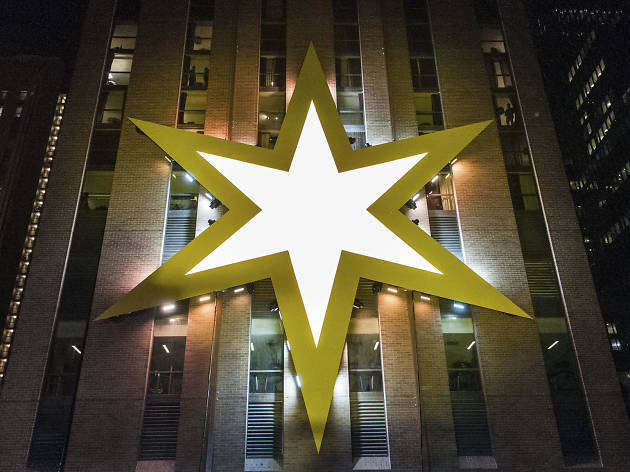 The giant six-pointed star may have scaled the Hyatt Regency Chicago for the final time last year. According to a post on the Chi-Town Rising Facebook page, the New Year's Eve celebration is not scheduled to return to ring in 2018. Organized by local consulting firm Arena Partners, Chi-Town Rising events were held on New Year's Eve in 2015 and 2016, centered around a concert, the ceremonial raising of a 70-foot star and a fireworks display on the Chicago River that were televised locally. Both editions of the event had corporate sponsors that helped defray the costs of production, but Arena Partners CEO John Murray made it clear that the first Chi-Town Rising event was a money-losing proposition.  Each edition of the celebration came with growing pains, befitting an ambitious public event that strived to match the grandeur (and national attention) of New York City's ball drop in Times Square. In 2015, organizers promised that access to the event's main stage would be free to the public, before going back on its word and selling $150 tickets to the area and setting up a free viewing area hundreds of feet away across the river. In 2016, the festivities were, in fact, free and open to the public, but ratings for the broadcast of the event were beat out by ABC7's New Year's Eve countdown. While we were never fans of the event's cheesy name, we couldn't help but admire Chi-Town Rising's ambitions to become the city's defining New Year's Eve event. If anyone is hoping to capit 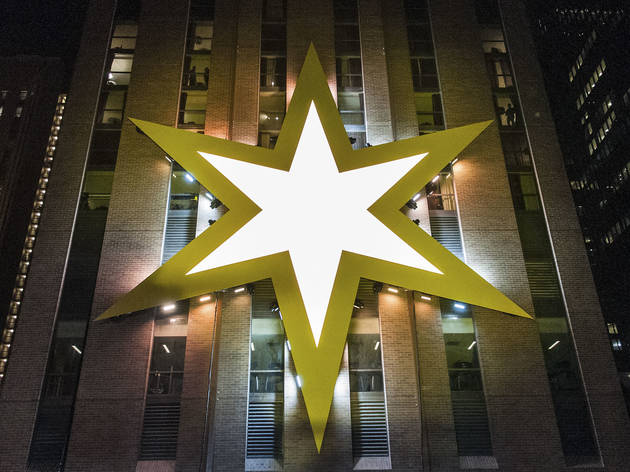 Chi-Town Rising lights up the skyline on New Year's Eve

It may have downsized its festivities and gone back on its promise of being a free, public event, but the inaugural Chi-Town Rising celebration ended up being a pretty decent New Year's Eve spectacle. Thousands of attendees bought tickets and showed up to stand in front of the Hyatt Regency, taking in musical performances, fireworks and the gradual ascension of a 70-foot tall star tricked out with a video screen. While you're busy completing your list of New Year's resolutions, take a look at our photos from the first (and probably not last) Chi-Town Rising party. 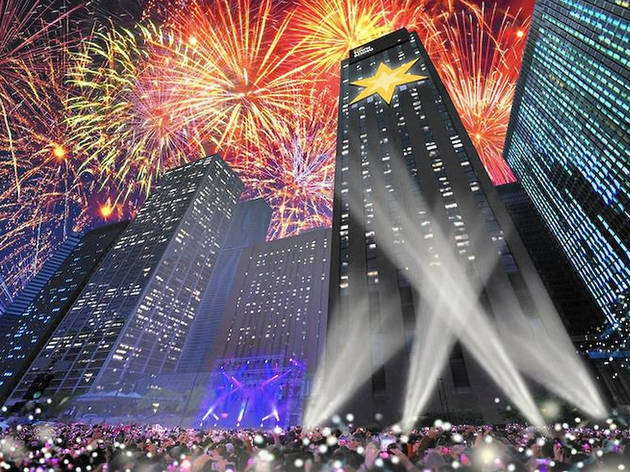 Chicago is getting a riverfront New Year's Eve celebration

Chicagoans have always been content ringing in the new year watching the ball drop in New York City on TV. This year, the city is getting its very own gaudy outdoor New Year's Eve celebration on the riverfront, an event that aims to make Chicago a holiday destination. For those tired of the usual concerts, hotel parties and house soirees, it's an opportunity to go outside and observe the holiday in the freezing cold. The party will take place on the north and south sides of the river between Michigan Avenue and Columbus Drive, featuring multiple stages of live music, a fireworks display, a live broadcast on NBC 5 and a midnight countdown that will feature a giant star ascending 36 stories up the side of the Hyatt Regency Chicago building. It also boasts a groan-worthy name: Chi-Town Rising.  The downtown spectacle is being produced by Arena Partners, a private company founded by John Murray, the man behind Chicago's failed 2016 Olympic bid and who also helped bring the NFL Draft to the city last April. The Tribune reported that the budget for the inaugural event is "well into seven figures," adding that Murray does not expect to make a profit in the first year (access to the event will be free, but there will be private parties in surrounding restaurants, bars and hotels). Organizers have lofty expectations for the event, estimating 100,000 attendees and framing it as a way to draw tourists to the city. Accordingly, Chicago's tourism bureau, Choose Chicago, and the Illinois 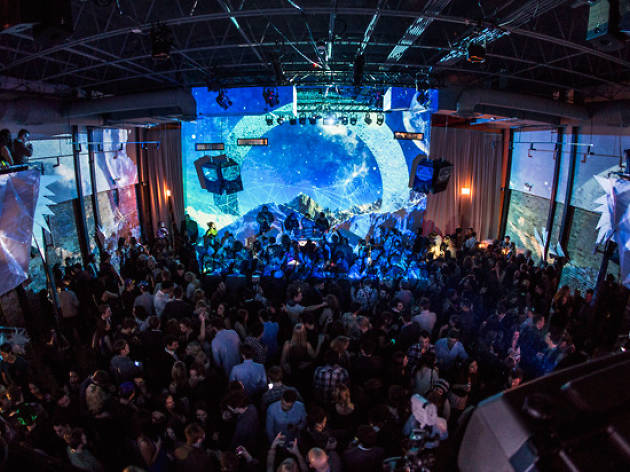 1. New Year's Eve at Izakaya Lounge Most New Year's parties don't serve sushi, but most bashes don't occur in the basement bar of one of Chicago's favorite Japanese restaurants. Just below Momotaro, the Izakaya Lounge throws a party complete with sake, beer, cocktails and wine, along with two dinner buffet stations and passed hors d'oeuvres. An upgrade to VIP gets you table-side appetizers, express entry and a bottle of champagne. All guests greet the New Year with a champagne toast. 2. Voyager 2016: A Journey to the New Year If the recent release of Star Wars: The Force Awakens makes you wish that you could travel to space, this party might just satisfy your desires. Voyager 2016 starts with an idea: What if NASA's Voyager 1 spacecraft crash landed on a planet deep in reaches of space—and what would it find? Party your way through this art installation featuring drinks, DJs (including street artist Hebru Brantley) and mind-bending light effects. 3. New Year's Eve Soiree at The Westin River North Want to welcome the new year along the Chicago River, near the landmark Marina City Towers at the Westin River North? Snag tickets to this New Year's Eve Soiree and you'll enjoy dazzling scenery, a 4.5-hour top-shelf cocktail reception with no lines, a loaded buffet complete with hors d'oeuvres and desserts and a confetti storm and champagne toast at midnight. Plus, you'll have great views of the fireworks at Navy Pier and Chi-Town Rising. 4. Reaction New Year's Eve 2015: Skril