The best things to do in Pilsen, Chicago

Explore the Southwest Side neighborhood with our guide to Pilsen's best restaurants, bars and things to do

What's the deal with Pilsen?

Though it was originally founded by Irish and German immigrants, it was the sizable population of Czech immigrants who settled in the area in the wake of the Great Chicago Fire of 1871 that eventually named Pilsen after the city of Plzeň in the Czech Republic (formerly known as Bohemia). During the late 19th century and early 20th century, Czech immigrant established contemporary landmarks like the St. Procopius church and Thalia Hall, which was modeled after an opera house in Prague.

It wasn't until the mid-1900s that Pilsen began transforming into a hub of Chicago's Hispanic community, as Mexican American families displaced by the construction of the Stevenson Expressway and the University of Illinois campus moved south. By the early 1970s, Pilsen's population was predominantly Mexican American and vibrant murals had started to take over the sides of buildings.

Today, Pilsen is still changing, as new buildings, businesses and residents move into the neighborhood. More than a destination for amazing Mexican cuisine, live music, beautiful public art and great vintage shops, Pilsen is a neighborhood where it's easy to spot evidence of the various eras of its history, whether you're walking on 18th Street or searching for murals on side streets.

Get an order of carnitas (braised shredded porks) at one of the various Pilsen restaurants that specialize in the Mexican delicacy. Whether you sit down at Carnitas Urupan, Carnitas Don Pedro or Sabas Vega, you'll be able to order a pile of pork, accompanied by totillas and salsa.

Just south of Harrison Park, you'll find the home of local artist Hector Duarte, which is covered in an eye-catching mural. Head for the corner of Wolcott Avenue and Cullerton Street to spot it. If you need a drink, find the nondescript building at the corner Cermak Road and Halsted Street—it's the home of Skylark, a great place for a cheap beer some tater tots (with dipping sauces).

Spend some time in Harrison or Dvorak Park before taking a stroll along a railroad embankment to see the 16th Street Murals, featuring work by artists like JC Rivera, Hebru Brantley and ROA. Cool off with a visit to the hot pink La Michoacana Premium, where you'll find paletas, ice cream, aguas frescas and more tasty treats.

Head for the National Museum of Mexican Art, a local institution that showcases works by both Mexican and Mexican American artists—admission is always free. If the rain hasn't let up, you can sit down for a bottomless cup of coffee at Cafe Jumping Bean.

Pilsen is filled with small (and large) galleries, including notable spots like Women Made Gallery, House of the Apocalypse and Mana Contemporary. Music lovers should make their way to Pilsen's record stores, including 606 Records and Pinwheel Records. And if you happen to be around in the evening, you should see who is taking the beautiful old stage at Thalia Hall, the neighborhood's most prominent music venue.

Sit down at La Luna to sip a margarita (or a michelada) or head to Lo Rez Brewery to sample a selection of creative local beers. For an even more relaxing afternoon, try browsing the shelves at Pilsen Community Books, a local store with an impressive collection of rare and vintage tomes.

Find tacos and cocktails—as well as some gorgeous all-seasons patio spaces and a speakeasy called The Alderman—at Pilsen Yards. And if you love to end your evening listening to live music, Giant Penny Whistle nearly always has a DJ behind the decks spinning everything from salsa to soft rock.

Heading to 18th Street? The 18th Street Pink Line Station is your best bet. The Damen and Western Pink Line stations are also located within the neighborhood, but they're best for those traveling farther west to businesses along Cermak Road or in the old Heart of Italy.

From Pilsen, you can walk south (across the South Branch of the Chicago River) to Bridgeport, where you can scale the hill at Palmisano Park. It's also not far to Chinatown, which is just to the east of Pilsen. And if you're looking for a huge stretch of green space to traverse, Douglas Park is to the west.

Things to do in Pilsen, Chicago 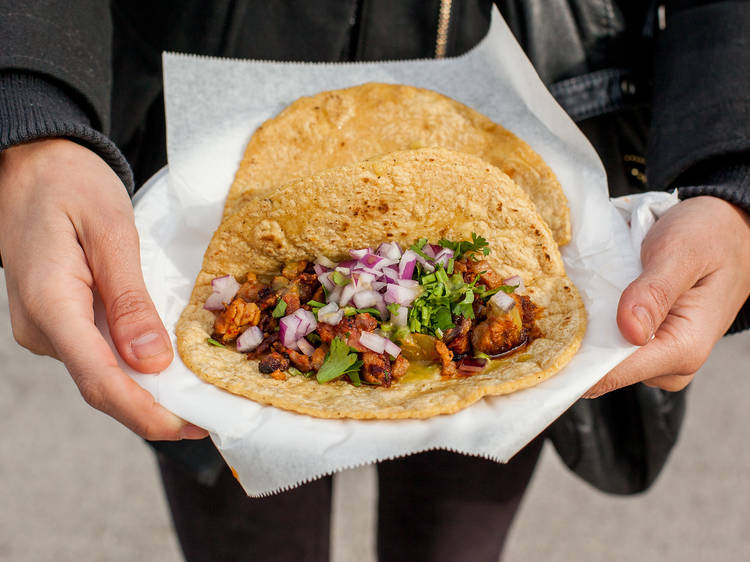 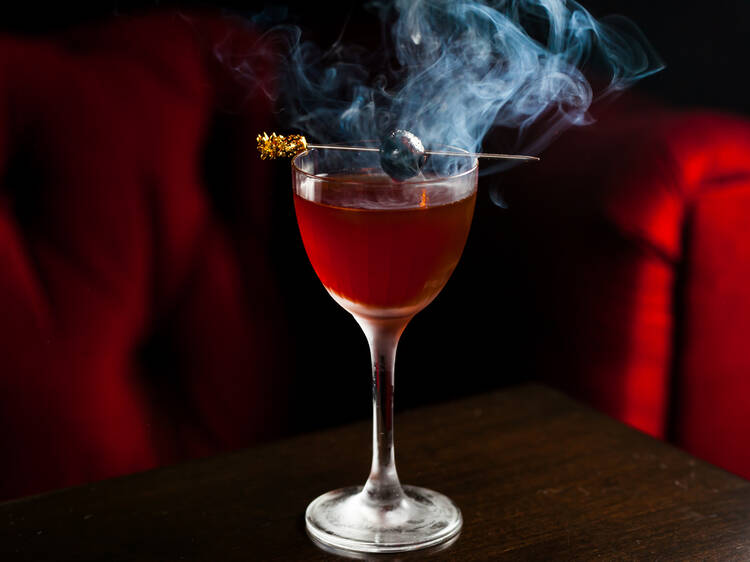