The first thing you’ll notice as you enter Alla Vita is the striking interior design, and it doesn’t exactly evoke a quaint Italian village or a mom and pop osteria. With rows of flowing curtains hanging from the ceiling on one half of the restaurant and a pergola draped with greenery arched across the other side, there’s an otherworldly quality to the Boka Group’s latest concept. It’s a self-assured and effective aesthetic decision, because Chef Lee Wolen doesn’t need stacks of canned tomatoes or checkered tablecloths to signify authenticity—the food on your table does the heavy-lifting.

Moving from the delicately-plated, Michelin-starred American fare of Boka (where Wolen is still executive chef) to the hearty Italian cuisine of Alla Vita, Wolen approaches his latest menu with gusto. The array of dishes isn’t as expansive as the Cheesecake Factory's tome, but you’ll need to plan out your carb-heavy meal strategically, especially if you want to sample the housemade pasta, wood-fired pizza and entrées like the chicken parmigiana or a ribeye steak in a single sitting.

Thankfully, my date and I were especially hungry by the time we arrived for dinner at 9:30pm (you’d do well to plan your visit well in advance, because the more desirable reservations fill up particularly quickly). While I sipped a robust riff on a Manhattan called the Walk of Fame (developed by Boka beverage director Anna Thorn), we ordered a feast that began with an order of arancini. Sporting a delightfully crisp shell that glistened with a sheen of grease, the risotto balls appeared as if they were fresh from the frier and oozed with savory scamorza cheese when sliced.

Because you can’t have too many carbs when you’re dining at an Italian restaurant, we opted for both pasta and pizza, though you may be better off choosing one or the other. Swimming with prawn and calamari in a spicy Calabrian chili sauce, the ribbon-like mafaldine was wonderfully tender, just like fresh, homemade pasta should be. The pizza doesn’t quite live up to the wood-fired pies at local spots like Spacca Napoli or Paulie Gee’s, but it’s still quite good—especially when laden with Brussels sprouts and charred bits of pancetta.

The highlight of the meal was a dish that commands its own category on the menu—and with good reason. Wolen’s love of chicken is well-known (last year, he launched a delivery concept devoted to rotisserie and sandwiches), so it’s no surprise that the prominently-featured chicken parmigiana is poultry perfection. Much like the arancini, it’s fried until golden and crisp, topped with buffalo mozzarella and a fire roasted tomato sauce. Every bite was an appealing melange of textures; the brittle fried exterior, the savory brine of the chicken, the gooey melting cheese and the sweet acidity of the sauce. If you only order one thing, make sure it’s this.

Alla Vita arrives in Chicago at a time when Italian cuisine is having a moment (recent openings include Adalina in Gold Coast and Elina’s in River West), but it’s easy to recommend Wolen’s latest concept based on the breadth and quality of its menu. From the delightful arancini to the coffee-forward tiramisu, every dish I sampled was as competent as it was comforting. Just try not get distracted by the fantastical surroundings as you savor another bite of the chicken parmigiana—food this delicious deserves your full attention.

Vitals:
The vibe: Overhauling the former Bellemore space, Alla Vita places diners in a theatrical wonderland of flowing curtains and hanging greenery. It's a design that's clearly meant to impress, not transport you to some small Italian village.

The food: All the Italian carbs you crave, including housemade pasta as well as wood-fired bread and pizza. There’s protein aplenty (we think the chicken parmigiana is the best of the bunch), plus generous salads and some roasted veggies for those who aren’t eating meat.

The drink: Kimberlee Beeler's wine program focuses on Italian and West Coast Italian bottles, with special attention paid to lesser-known wineries. But if you're looking for something stronger, the cocktail list is packed with inspired riffs that bear some clever Chicago-inspired names.

Time Out tip: Bring some friends if you’re hoping to tackle pizza, pasta and an entree in one sitting—the portions here are large enough that you’re likely going to need some help conquering the menu. And it will be easier to save room for the decadent desserts that pastry chef Kim Mok prepares. 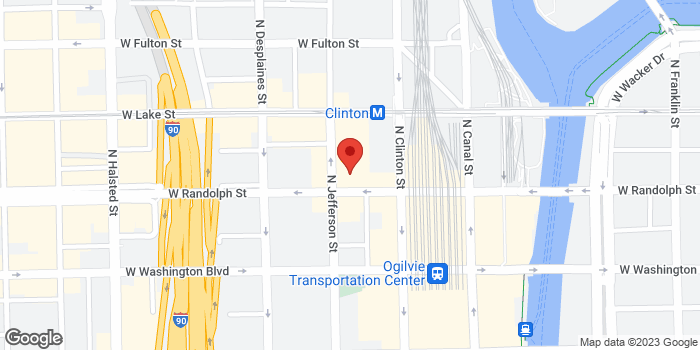