The Listening Room at the Exchange

The menu at this Japanese-inspired listening bar doesn't sing quite as loud as the hi-fi soundtrack.

Listening bars originated in Japan, conceived as places where guests could listen to music on expensive sound systems in acoustically-tuned rooms—and enjoy a drink or a snack while doing so. The concept has spread across the world, inspiring restaurants and bars in London and New York where the soundtrack being pumped into your ears is equally as important as the things you’re putting into your mouth. Of course, there are plenty of bars with killer audio equipment in Chicago (the new speakers at the California Clipper come to mind), but the Listening Room is one of the first restaurants to put the aural experience front and center.

One of a trio of concepts that DMK Restaurants has opened on the ground floor of the historic Railway Exchange Building (designed by Daniel Burnham’s architecture firm), the Listening Room is the most understated of the three distinct sections of the Exchange. It doesn’t boast the soaring glass ceiling of the Atrium or the expansive bar and bottle-lined shelves of Theo’s. True to its name, the defining elements of the Listening Room are its turntable, record collection and hi-fi speakers.

When my dining companion and I entered on a blustery winter night, we were greeted by the opening strains of “Dirty Little Girl” from Elton John’s classic album, Goodbye Yellow Brick Road. The remainder of the record played as I sipped a punch made with spiced rum and orange juice (the One Two Punch) and picked at a crusty country loaf, baked in-house at the Exchange’s “micro-bakery.” Don’t worry about your conversation being drowned out by the music—the volume was a bit louder than a typical restaurant, but not overpowering.

The pummeling rhythms of “The Queen is Dead” by the Smiths accompanied a winter salad made with tender roasted delicata squash and fennel. I think Morrissey (a famous vegan who prohibits the sale of meat at his concerts) might have approved of the flavorful veggie medley, though he would have had to nix the buttermilk dressing. Chef Brian Huston’s (Boltwood) menu is described as “vegetable-centric,” filled with plenty of vegetarian-friendly dishes and sides, like a delicious plate of roasted carrots sprinkled with chili and garlic, served atop a coconut cream.

As the twinkling guitar lines of “There Is A Light That Never Goes Out” rang out across the room, I began eating the farm chicken thighs, resting atop fregola pasta and roasted sweet potatoes. The chicken was underseasoned and the coriander chutney didn’t add much in the way of flavor—I found myself taking bites of the roasted carrots to add a bit of spice. My companion’s wild mushroom rigatoni was similarly listless, accompanied by noodles that were a bit too al dente.

Just before we received our check, a member of the Listening Room staff put a copy of Adele’s recent album 30 on the turntable. I’m not a huge Adele fan, but it was exhilarating to hear her voice piped through a set of expensive speakers. The concept of a restaurant with a prominent, high-quality soundtrack is something that feels made for a person with a big record collection who loves to eat (like myself). Currently, the Listening Room feels a bit like an overstuffed double album, with great dishes and drinks among its expansive tracklist, accompanied by some disappointing B-sides. There's a solid collection of hits in the Listening Room's repitoire—it just needs a bit of refining before it truly sings.

The vibe: A contemporary lounge-like space filled with trendy furniture, expansive paintings of mountain ranges and some big, prominently-place speakers that pipe in the soundtrack to your meal.

The food: Stick to the simple and flavorful dishes on chef Brian Huston’s “vegetable-centric” menu, which includes bread that’s baked in the Exchange’s “micro-bakery.” The entrees are hit-or-miss, but there are plenty of great apps and salads if you’re more interested in a snack than a meal.

The drink: If you’re swinging by for a drink, there’s a well-curated selection of cocktails, beer and wine to sip while you listen to the record that’s currently spinning. Try the One Two Punch for something boozy and drinkable, or the Fresno Ace for a bubbly and spicy tipple. 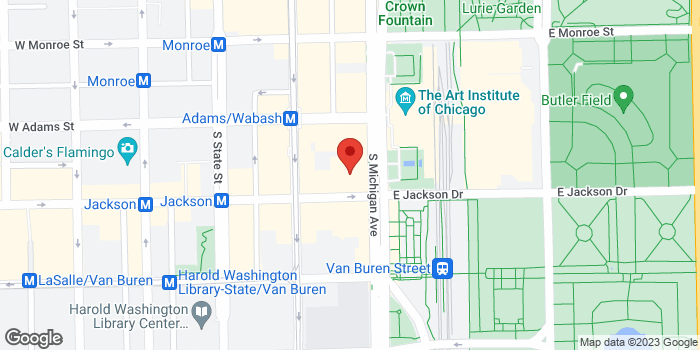