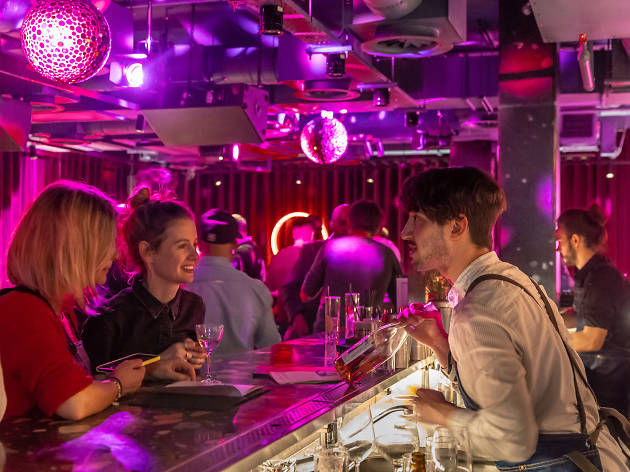 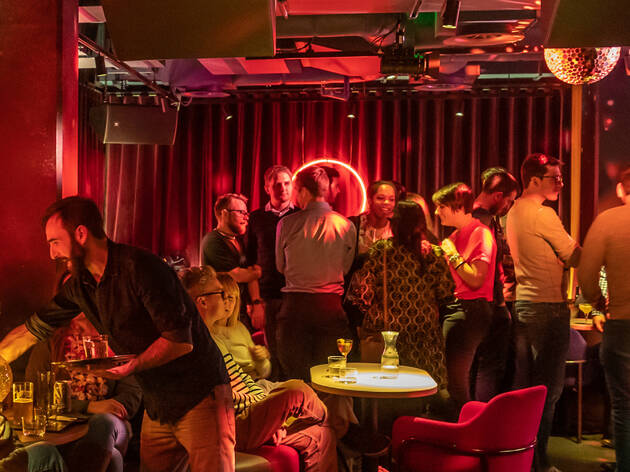 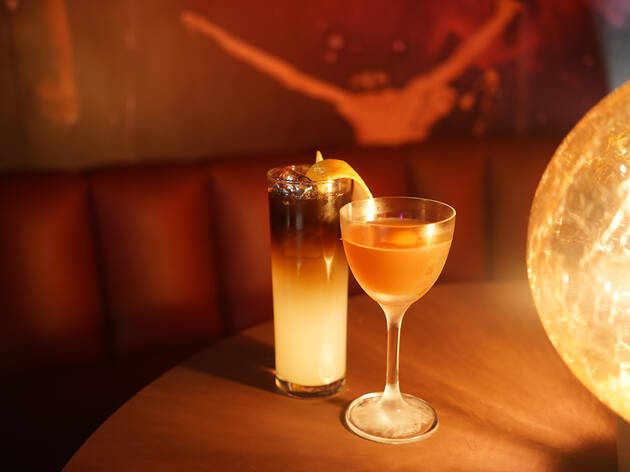 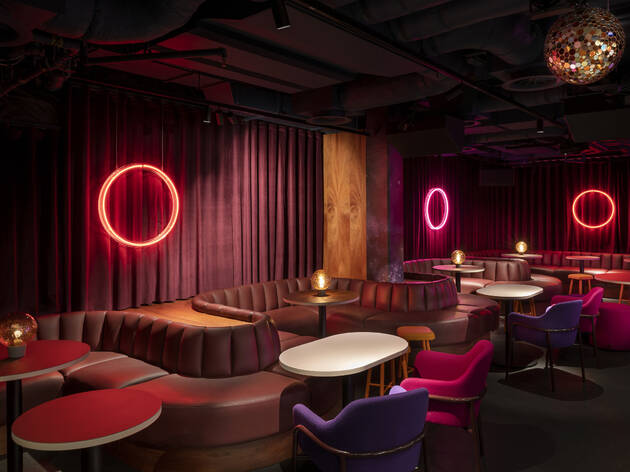 I almost stayed until closing time at Supermax, fuelling up on happy hour aperitivi before chair-grooving to similarly Italian-influenced disco (okay, after a few of the bar’s stronger cocktails, too). The King’s Cross spot comes from the team behind Spiritland, a nearby all-day ‘listening bar’ with a super-powered sound system and an audiophile following that’s totally justified. Though the two places share a musical ethos, Supermax isn’t as nerdy. It’s more about the fun, from upbeat tunes in the loo (on a separate, funkier loop to what was playing in the bar) to a mechanical mirror ball that starts swirling on a Friday pretty soon after that aforementioned happy hour ends.

It’s a secluded setting, in the basement of pizza restaurant Happy Face, just beyond the area that was once Bagley’s nightclub. That’s why the dripping-in-disco look is such a pleasant surprise. There’s an opulent yet semi-seedy tone: walls covered in mauve-coloured velvet drapes, golden, orb-shaped lights on the tables and leather seating in a wiggly track around the room that faces the action. Yet it doesn’t come across as kitsch. And the approach to drink – like the approach to music – is all about quality.

All of the cocktails contain vermouth or a fortified wine of some description and span the eras – the menu is like a DJ set, ringing with truly retro and forgotten drinks as well as the classics. However, even a 50/50 martini had a modern edge, served in a tumbler over a large cube of ice. The vermouth vibe extended to a list of five happy-hour drinks, each one delicious, fun and served with a plate of cicchetti, all for just £6. An Amer Citron particularly hit the spot with its two-tone look and sharp, citrus twang.

DJs on a Friday night help create a real party mood, and although people weren’t up on their feet dancing by the time I left, a cool, international crowd buzzed around the bar, while large groups chattered at tables. Remarkably, the acoustics were so on-point, I couldn’t hear a word they were saying. Or maybe I was just lost in music.