Broadway in Chicago shows coming to theaters in the Loop

Chicago’s thriving theater scene produces plenty of homegrown shows, with hundreds of producing companies staging plays and musicals in the neighborhoods and suburbs. But the city is also a hub for Broadway tours, and sometimes for standalone companies of big Broadway hits like Wicked, The Book of Mormon or Hamilton. These touring shows, presented under the banner of Broadway in Chicago, draw huge numbers: more than 1.7 million attendees per year, nearly half of whom come from outside of Illinois to pack the best hotels in the Loop.

RECOMMENDED: Our guide to musical theater in Chicago

Broadway in Chicago, created in 2000 from a merger of competing presenters, is the owner of three of the biggest houses in the downtown theater district (the Oriental Theatre, Cadillac Palace Theatre and CIBC Theatre); it also operates the smaller Broadway Playhouse at Water Tower Place on the Magnificent Mile, and sometimes presents shows at the Auditorium Theatre. With control of so many theaters, BIC is able to package shows into subscription seasons (usually two slates per year), and it’s leveraged its clout to secure a number of “pre-Broadway tryouts,” runs in which a new show works out its kinks before opening in New York—Chicago has snagged the first looks at big hits like The Producers, Monty Python’s Spamalot, Kinky Boots and SpongeBob SquarePants (as well as some duds, like The Pirate Queen and First Wives Club). Take a look below for all the current and upcoming Broadway in Chicago shows. 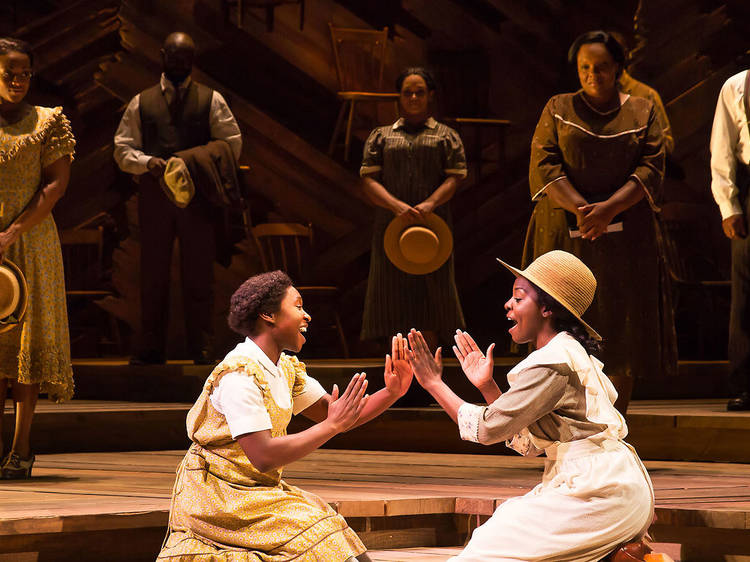 Adapted from the novel by Alice Walker, this Broadway musical tracks the journey of Walker’s heroine Celie, poor, black and “ugly” in the early 20th century. Director John Doyle’s production, which won the 2016 Tony Award for best revival of a musical and on which this tour is based, pared down some of the show’s bloat to stirring results. 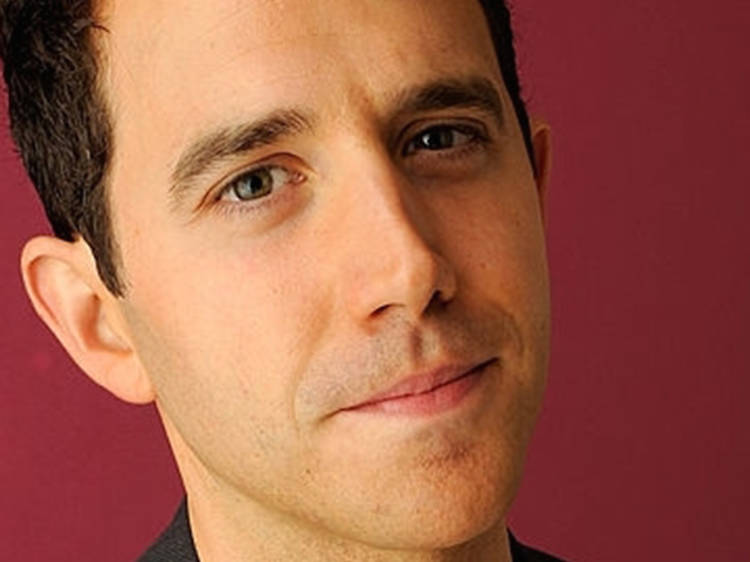 Chicago gets the pre-Broadway tryout of a new musical based on the 1982 movie that starred Dustin Hoffman as an actor who cross-dresses to get cast in a female soap-opera role. Santino Fontana will play the Hoffman role(s) of Michael Dorsey and Dorothy Michaels. The score will be by composer David Yazbek (The Full Monty, The Band’s Visit); Robert Horn is adapting Larry Gelbart and Murray Schisgal’s Oscar-nominated screenplay. Eight-time Tony Award nominee Scott Ellis will direct. 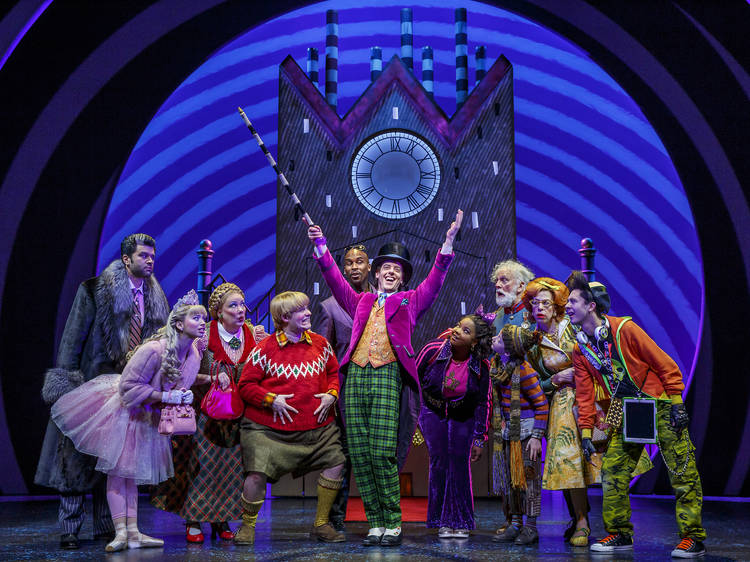 Charlie and the Chocolate Factory

This new musical based on Roald Dahl’s confectionary cautionary tale incorporates songs from the Gene Wilder movie (“Pure Imagination,” “I’ve Got a Golden Ticket”) alongside new tunes by the Hairspray team of Scott Wittman and Marc Shaiman. It didn’t find a sweet reception on Broadway, closing in January 2018 after opening to mixed reviews and zero Tony nominations, but it’s touring nonetheless. 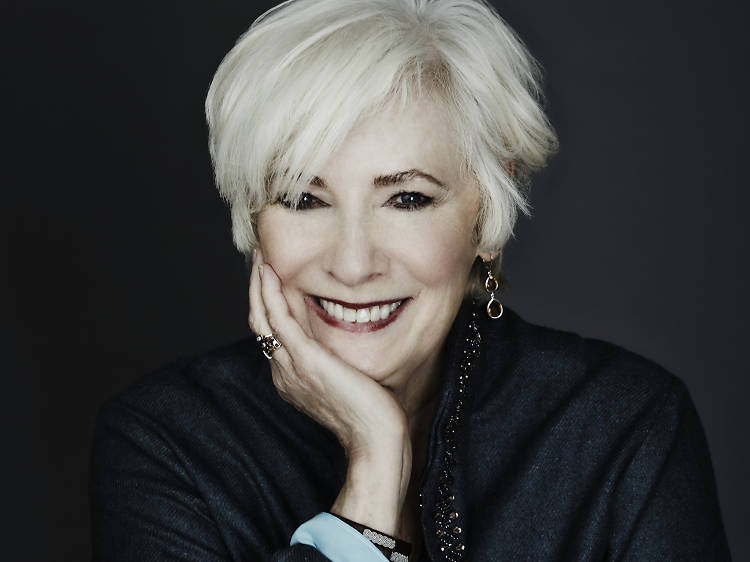 This retro star vehicle, a near-perfect delivery mechanism for charismatic comedic divas, came roaring back to Broadway in 2017 trumpeting the long overdue stage return of Bette Midler; Bernadette Peters later took the reins. The revival is now hitting the road with the titular matchmaker played by Tony winner Betty Buckley—a less natural match of diva to role, perhaps, but we’ll say hello in the fall. 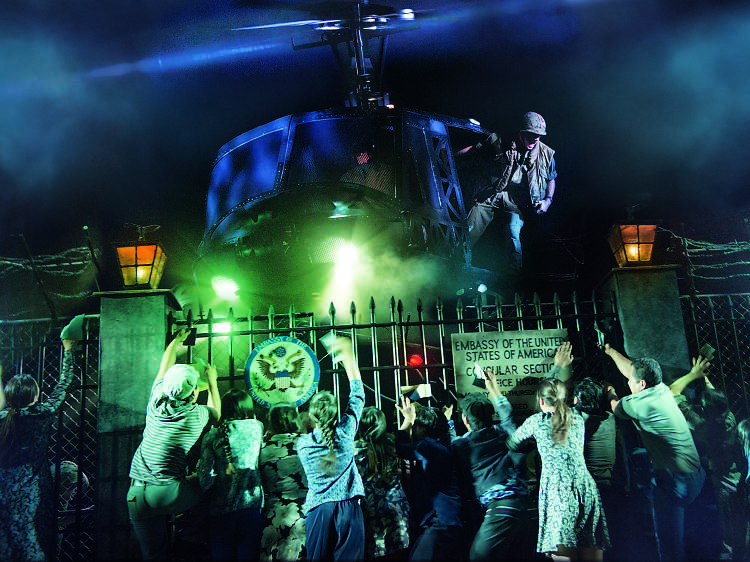 A last gasp of the ’80s Euromegamusical, Miss Saigon opened on Broadway in 1991 and ran for nearly 10 years on its blend of saccharine Orientalism and summer-blockbuster bombast. A 2017 revival came and went more quickly, but that was enough to launch a new national tour. 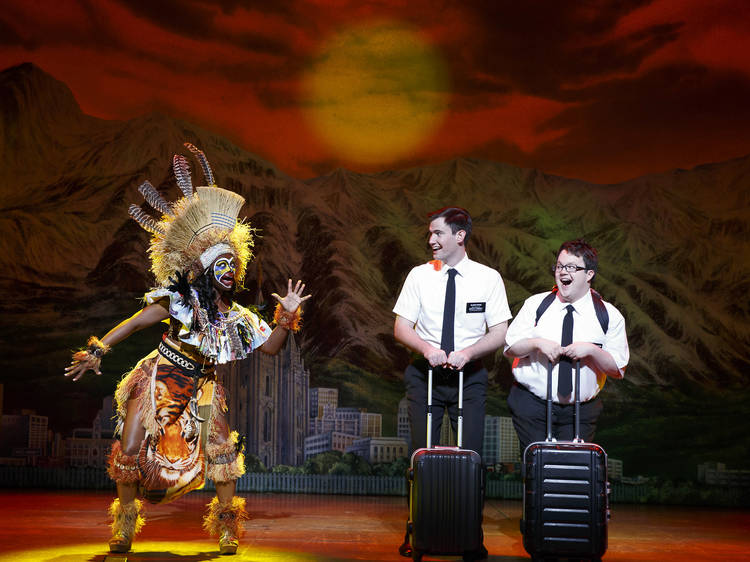 Seven-plus years since its Broadway bow and on its fourth or fifth touring stint in Chicago, this wicked-smart satire from South Park dudes Trey Parker and Matt Stone and double-EGOT guy Robert Lopez has presumably lost some of its ability to surprise. If you go in to The Book of Mormon at this point without some idea of the foul-mouthed, gleefully blasphemous but still sweet-natured ride you’re in for, that’s on you. But the smash-hit show remains worth your time. 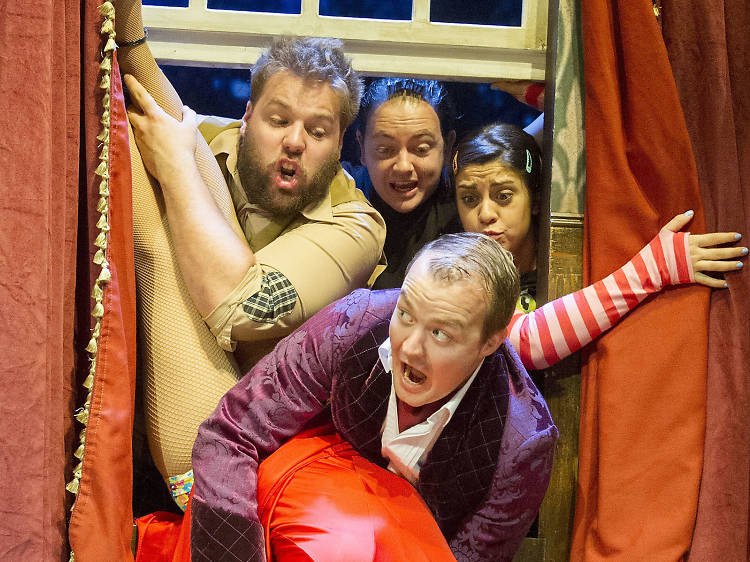 The Play That Goes Wrong

This British import, a slapstick farce with the metatheatrical premise that we’re watching amateur actors struggling through a performance in which everything that can go wrong does, gets the relatively rare distinction of a non-musical national tour. Originally staged by an improv troupe in a London pub theater, it will be interesting to see how The Play That Goes Wrong plays in 2,000-seat houses like the Oriental on the road. 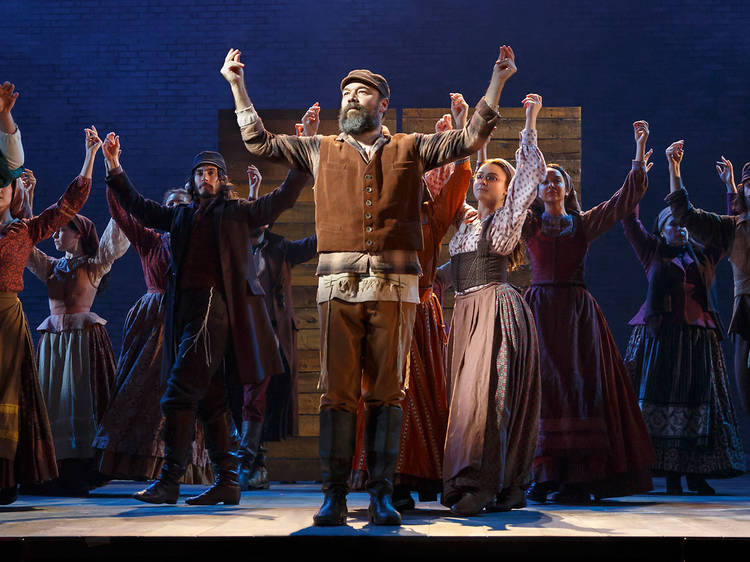 Fiddler on the Roof

A Jewish father tries to find stability in a rapidly changing world in the classic musical by Sheldon Harnick and Jerry Bock, drawn from the stories of Sholem Aleichem. This touring version is based on the well-received 2015 Broadway revival, directed by Bartlett Sher; casting is not yet announced. 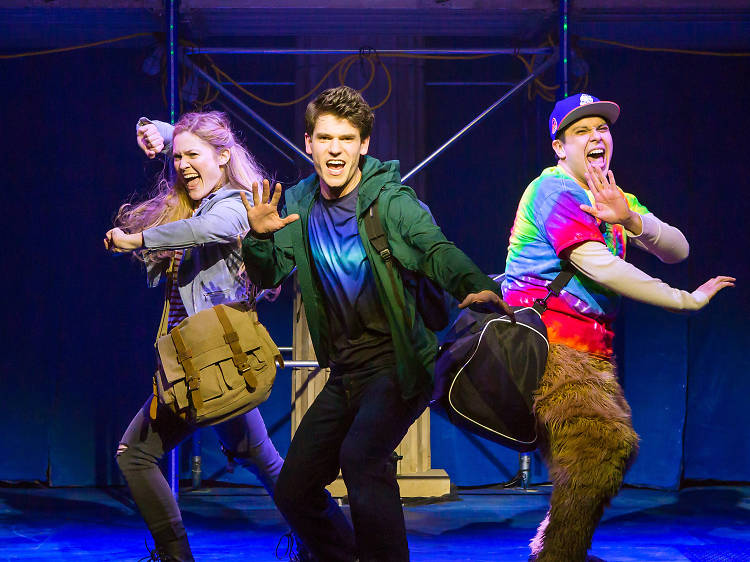 Based on the bestselling YA series by Rick Riordan about a boy who discovers he’s a wizard demigod, this family-friendly musical by Joe Tracz and Rob Rokicki had a well-received Off Broadway run in 2017. The show will try to bring the thunder again when it launches a national tour with a one-week run in Chicago. 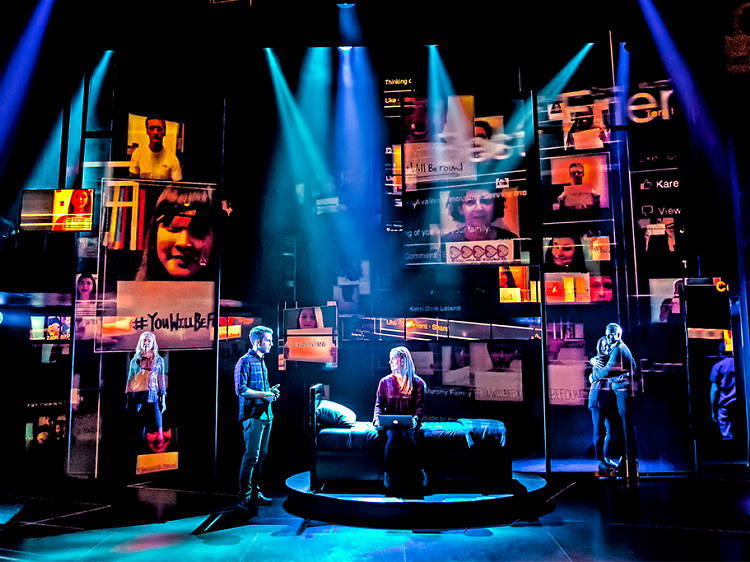 The Broadway hit and winner of the 2017 Tony Award for Best Musical is a relative rarity these days: a wholly original musical written for the stage, not adapted from another source. But its story would feel right at home on the YA shelves at your favorite bookstore; the show follows a teenager with social anxiety disorder who gets caught up in a snowballing lie that’s magnified by social media. Dear Evan Hansen won six Tonys in all, including awards for book writer Steven Levenson, composers Benj Pasek and Justin Paul and a starmaking lead performance by Ben Platt. Casting for the tour, set to launch in October 2018 in Denver, is yet to be announced.