Ready to jump on the bandwagon? Consult our CliffsNotes for aspiring fans of Chicago's aspiring ball clubs.

Are you a baseball newbie who wants to hop aboard the Cubs’ train this season? Or are you ready to put your newfound faith in a White Sox resurgence? Here’s what you need to know to be able to talk a good game about both of Chicago’s baseball teams this year.

SOX The South Siders have plenty of room for improvement over 2015. They finished with a 76–86 record and fourth place in the American League Central. Still, that was an improvement over the team’s 2013 and 2014 tallies, and the team’s pitching rotation was solid for the most part, although former Cub Jeff Samardzija was largely a bust in his single season at the Cell (he hit free agency at the end of the season and headed off to a five-year contract with the San Francisco Giants).

CUBS The Cubbies were expected to improve somewhat over their 73–89 2014 record, given new manager Joe Maddon and additions like pitcher Jon Lester and rookie third baseman Kris Bryant. Still, they weren’t expected to make it to October: A piece by Fox Sports’ Rob Neyer in December 2014 was headlined, “Even with Lester, Cubs won’t contend in 2015.” But contend they did, going 97–65 in the regular season and making it to the National League Championship Series, in which the New York Mets knocked them out.

SOX Starting pitcher Chris Sale led the American League last year with 274 strikeouts, and first baseman Jose Abreu has had a stellar first two seasons on offense, with at least 30 home runs and 100 RBIs (that’s runs batted in, for the uninitiated) in both years—a feat matched only by Albert Pujols. Outfielder Adam Eaton is another of the Sox’s strongest assets, leading off the batting order.

CUBS NL Rookie of the Year Bryant should only get more comfortable in his first full season with the Cubs. And the pitching staff, including Lester, Kyle Hendricks and 2015 Cy Young winner Jake Arrieta, is among the team’s greatest strengths. Youngsters Addison Russell, Kyle Schwarber and Jorge Soler all show potential to put up big numbers at the plate this season.

SOX The White Sox make up for Samardzija’s loss by signing free agent pitcher Mat Latos to a one-year deal; they have also picked up Alex Avila and Dioner Novarro to trade off duties behind the plate. New trade acquisitions Brett Lawrie and Todd Frazier man the infield. But as of mid-February, blogs like South Side Sox were opining that the team was still “one move short.”

CUBS The Cubs’ two big off-season pickups are likely to be near the top of the team’s batting order. Outfielder Jason Heyward, 26, who was poached from division rival St. Louis Cardinals to join the Cubs’ young core, and utility player Ben Zobrist, who worked under Maddon in Tampa Bay, Florida, are poised to help the team’s strikeout-prone offense.

SOX The Sox will have a much tougher go of it this season, with the American League Central packed with strong lineups, including World Series champs, the Kansas City Royals. A late-May stretch of 10 games—which includes facing the Royals for three games, the Cleveland Indians for three, and then the Royals again for another four in KC—may be a bellwether for the season.

CUBS The Cardinals and the Pittsburgh Pirates are the only real threats in the National League Central (sorry, Cincinnati Reds and Milwaukee Brewers), but—though a Cubs fan knows all too well never to get too cocky—the North Siders look like a natural to win the division. (Oh, God, did we just say that?) 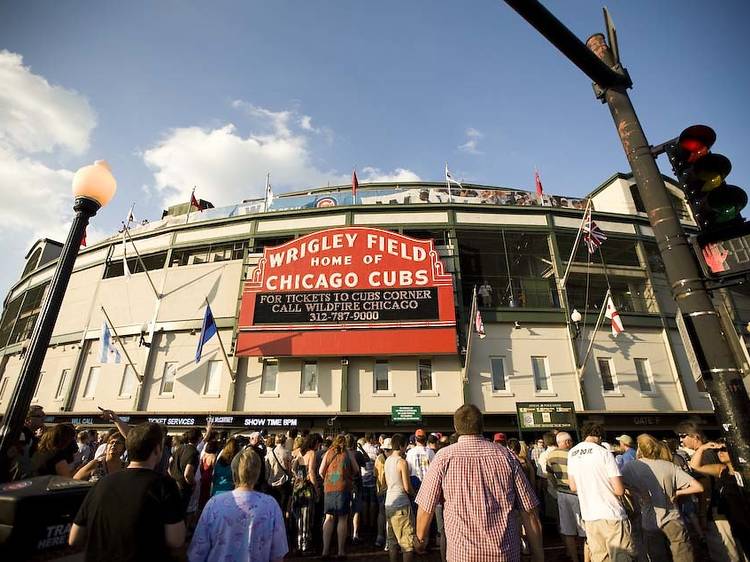 Fly the W by knowing where to drink, party, park and catch the train in Wrigleyville
Read more 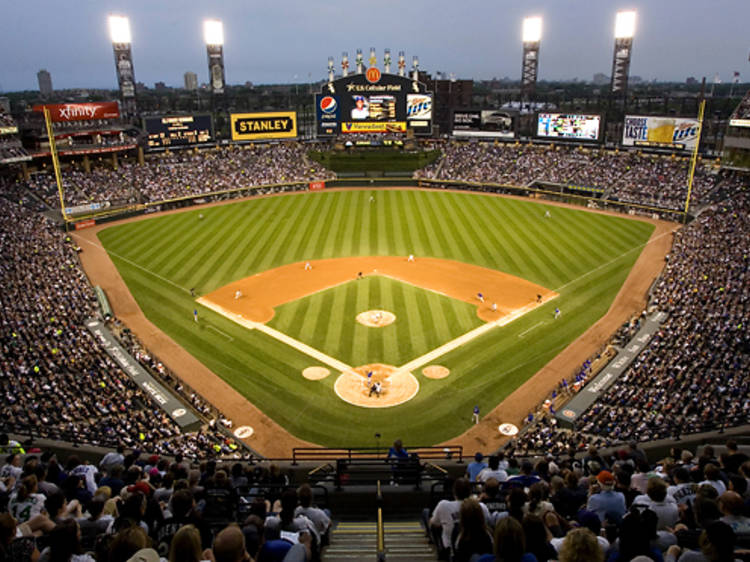 Chicago White Sox: A guide for the baseball fan

Get ready for some summer fun in the South Side with the best Bridgeport bars and tips for visiting U.S. Cellular Field
Read more