Fly the W by knowing where to drink, party, park and catch the train in Wrigleyville

For a diehard fan, the Chicago Cubs are more than just a baseball team—and the 2016 World Series championship, ending a league record 108-year drought, no doubt created a new generation of devoted enthusiasts. As the 2018 season begins and the Cubs look to dominate again, everyone in town has Cubbie Fever—after making it to the 2017 NLCS but falling shy of a return appearance in the World Series, “next year is here” has a whole new meaning. Here’s a guide to cheering on the team that calls Wrigley Field home, along with everything you need to know about spending a day in Wrigleyville. 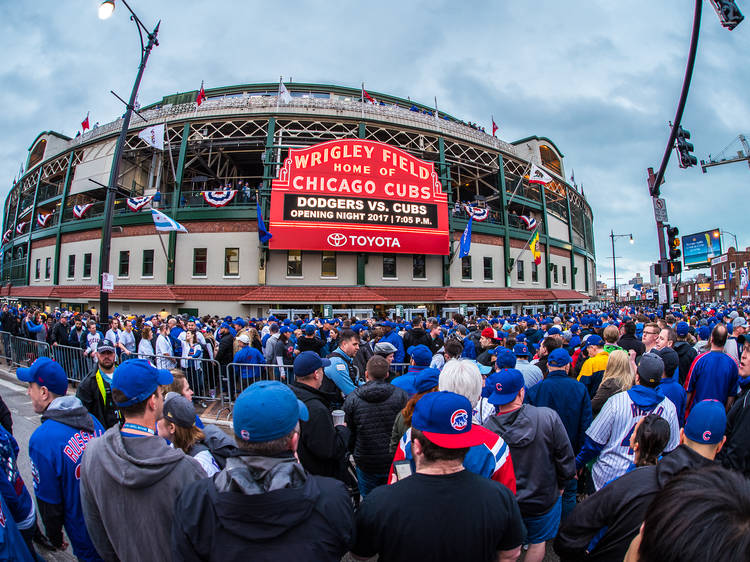 Enter online or in the MLB Ballpark app 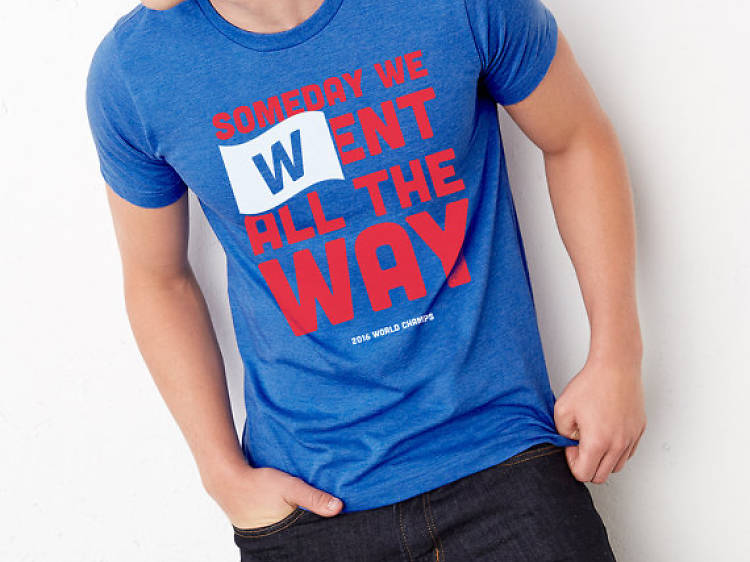 Dress for success at Wrigley Field 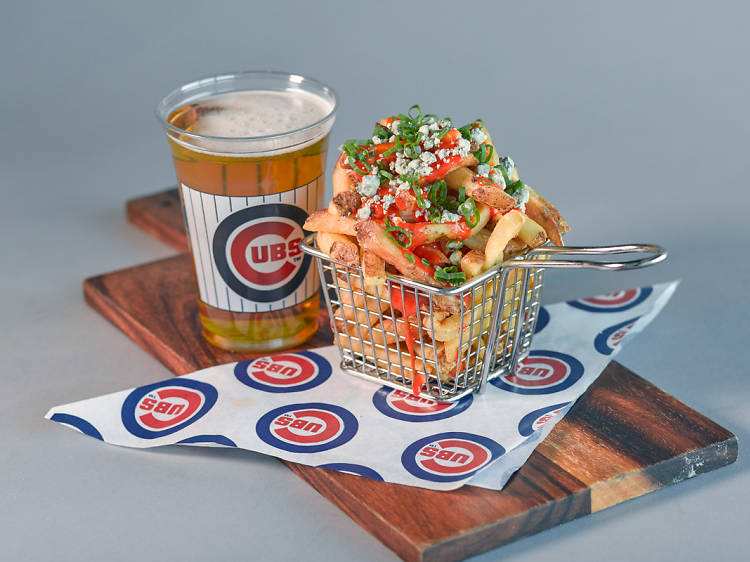 Scope out the 11 new food options at Wrigley Field 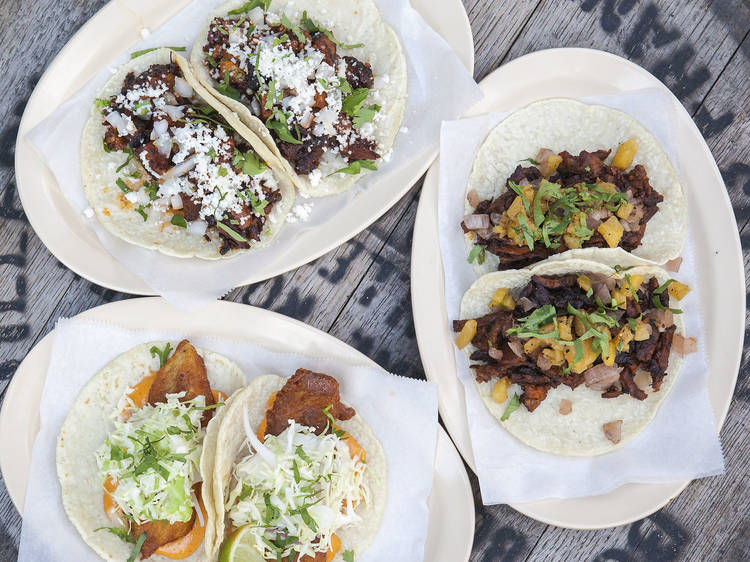 Find two stories of tacos in the new Hotel Zachary 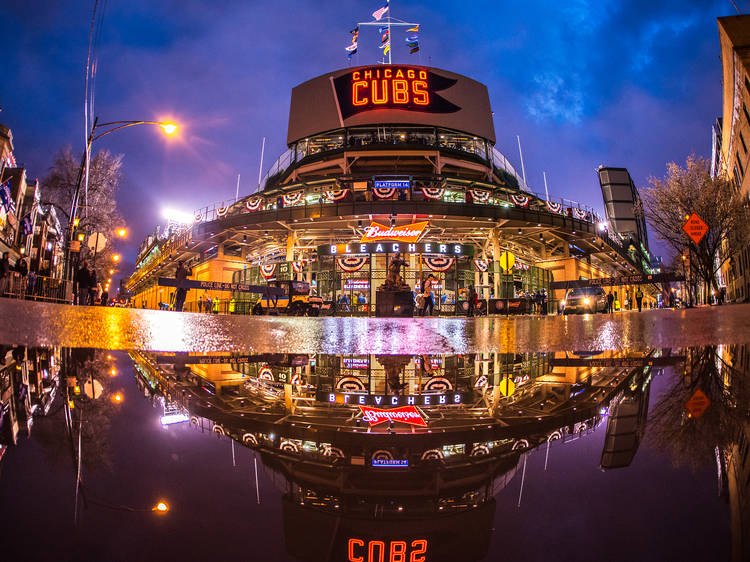 Wrigleyville bars to watch the Cubs

No ticket? Head to one of these bars and watch the action unfold on a screen. 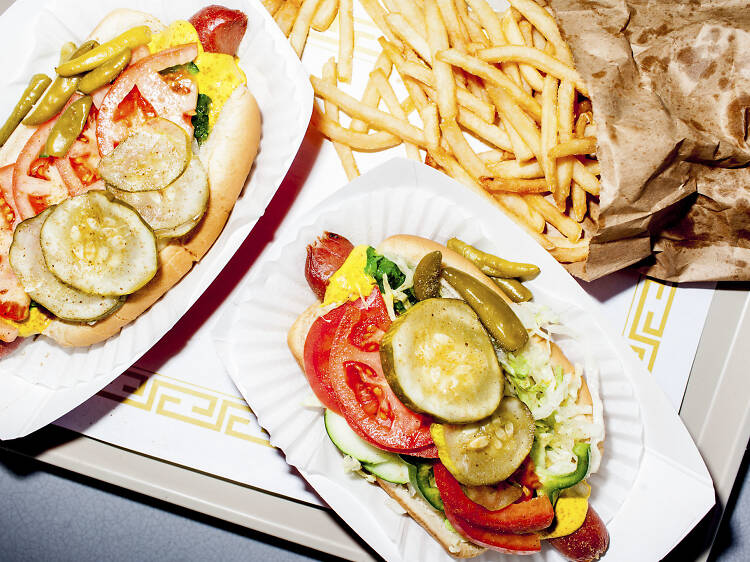 The best restaurants in Wrigleyville

If you're not a fan of stadium food, try the grub at these Wrigley restaurants 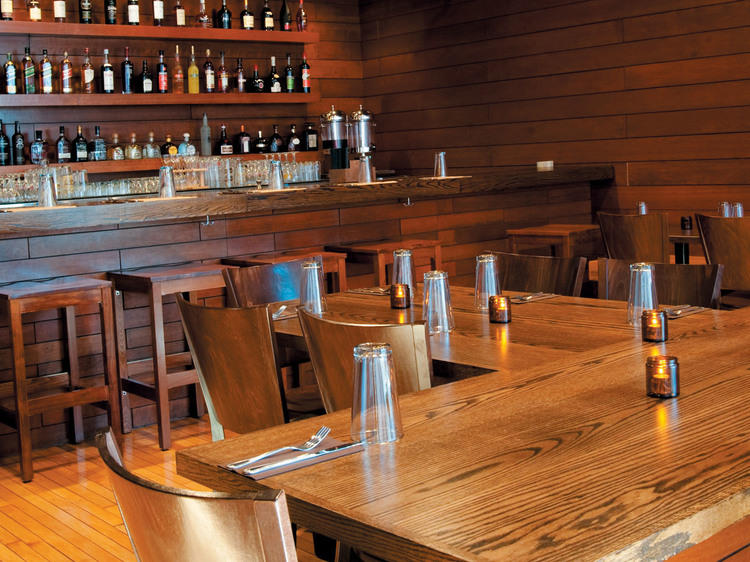 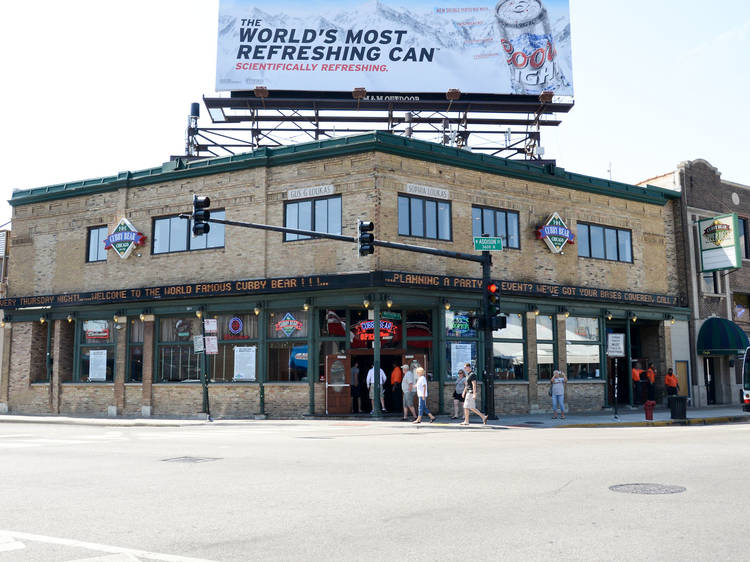 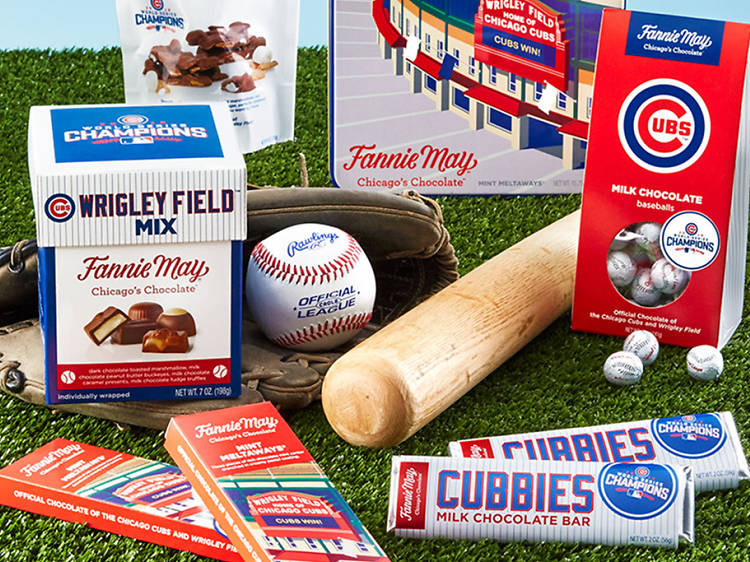 Fannie May has a sweet new collection of Chicago Cubs candy

What could be sweeter than the Chicago Cubs historic World Series win? How about gobs of Cubs-inspired chocolates? Just in time for the North Siders home... 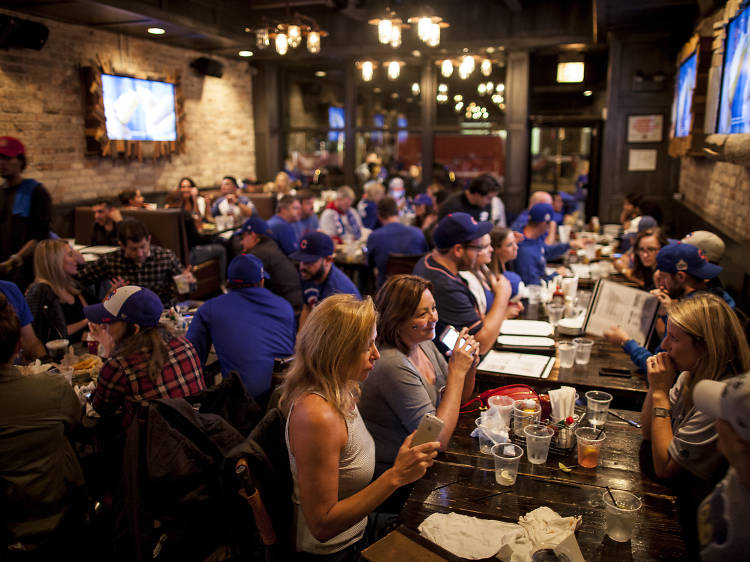 Opening day for the Cubs is considered a holiday for many Chicagoans on a normal year, but 2017 marks an especially momentous occasion: the opening game after... 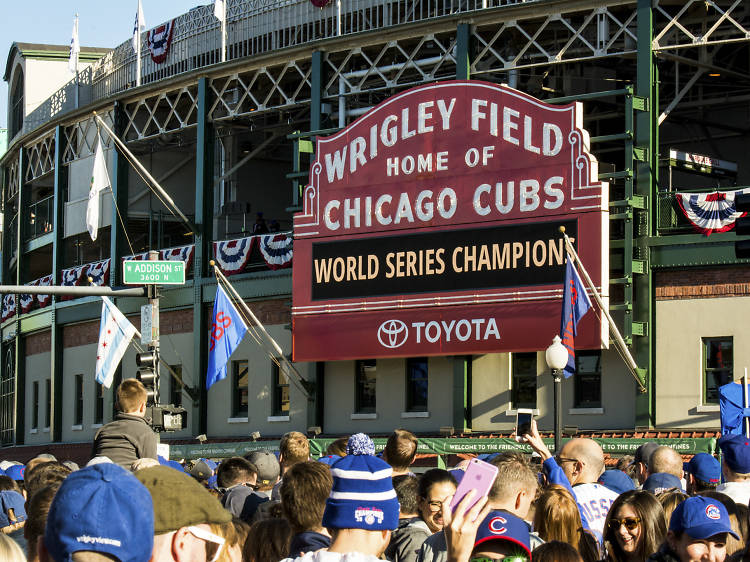 Cubs season opener is among the most popular Opening Day matchups

The start of the 2017 Major League Baseball season is a few short days away and unsurprisingly, the Chicago Cubs are one of the hottest tickets in all of... 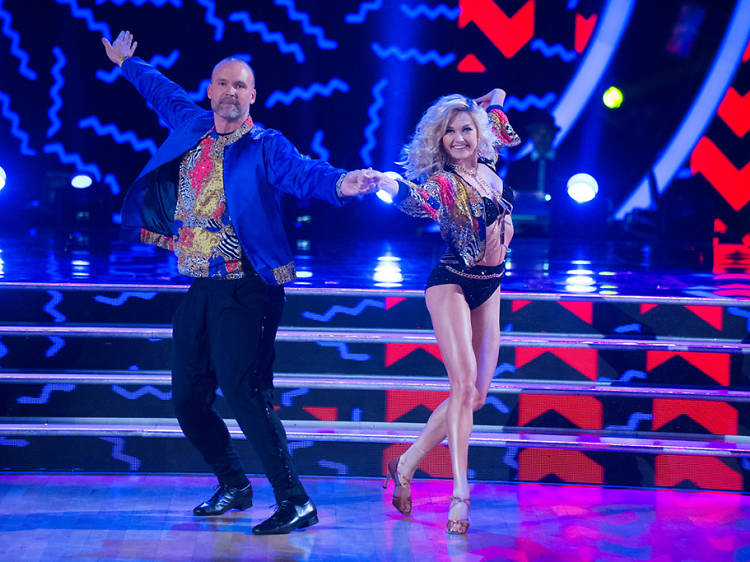 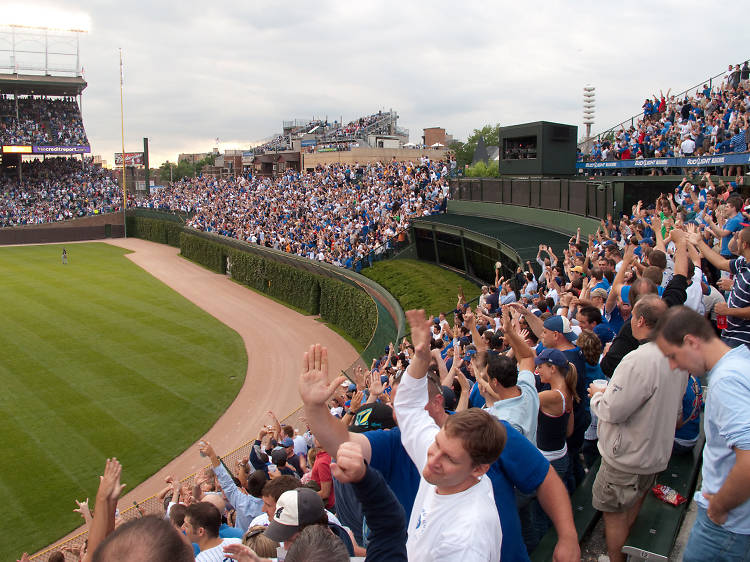 5 questions for Cubs, White Sox at the start of spring training

At first blush, the Cubs and White Sox appear to have very little in common. The Cubs are the defending champs and one of the most talented teams in baseball.... 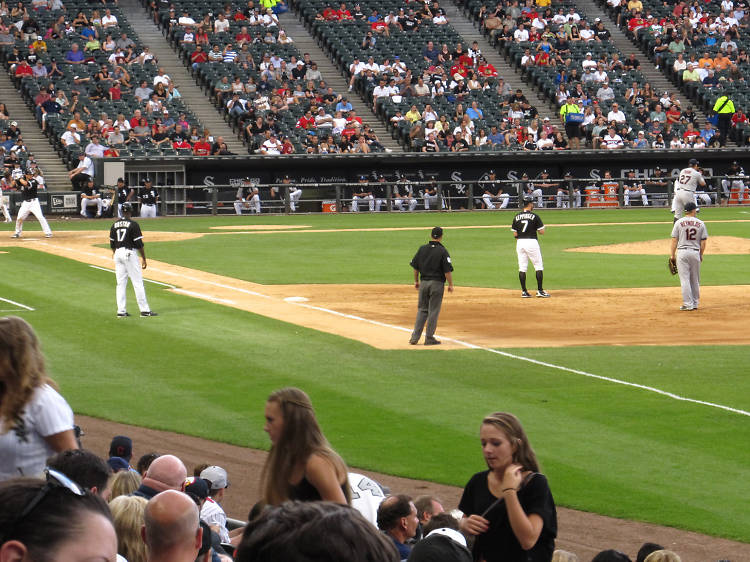 Beginning this season, subscribers to CSN Chicago will be able to live stream Cubs and White Sox games from their computer or mobile device. The sports network... 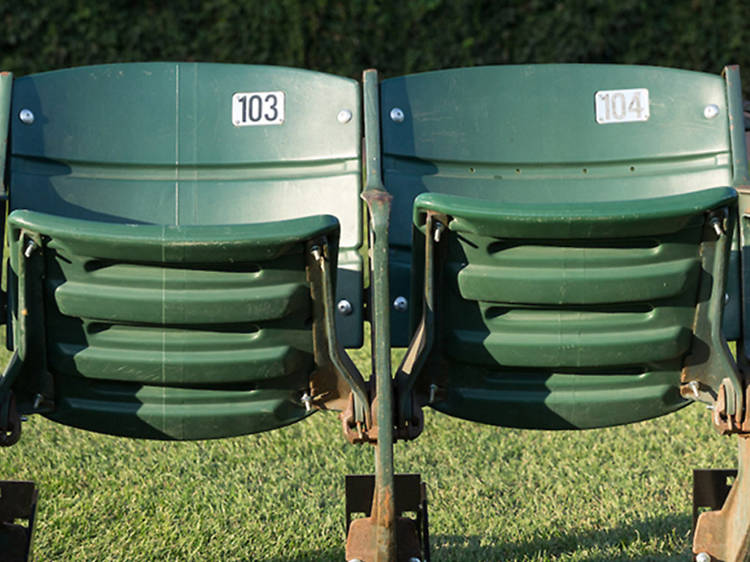 Would you buy a pair of Wrigley Field seats for $899?

The Chicago Cubs made history in 2016, winning the World Series after a 108-year drought. Now, the team is letting fans take a piece of World Series history... 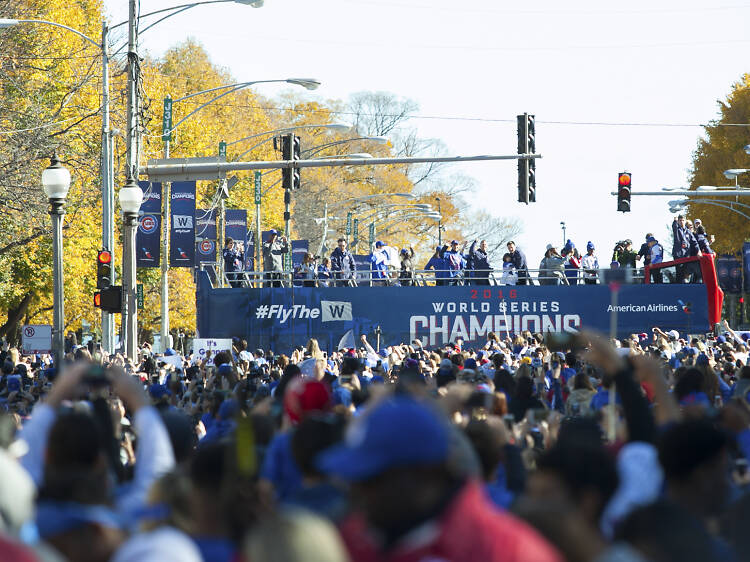 Everyone who stayed up to watch the Chicago Cubs’ thrilling victory over the Cleveland Indians in Game 7 of the World Series knows that drama lies at the heart...

Photos from the Cubs' World Series championship parade and rally

An estimated 5 million people (yes, you read that correctly) showed up to congratulate the Cubs on the team's World Series Championship, crowding into... 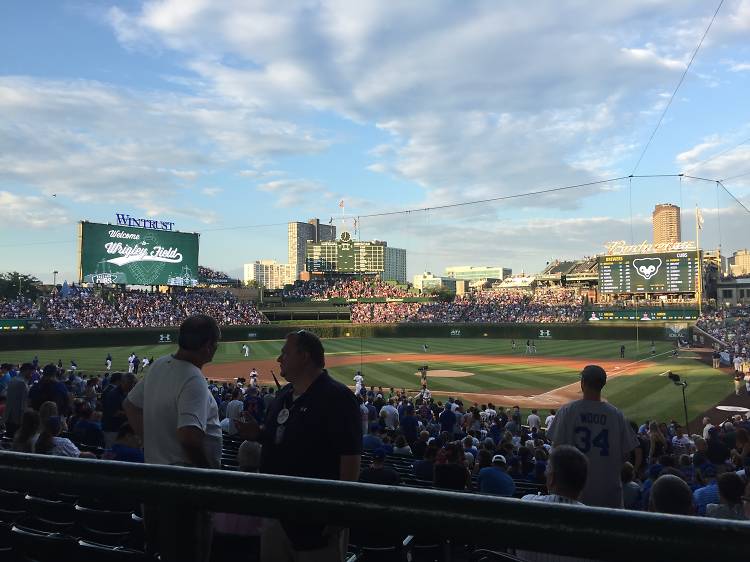 What curse? The Chicago Cubs buried all talk of ghosts and goats Wednesday night with a win in Game 7 against the Cleveland Indians, coming back from a 3–1... 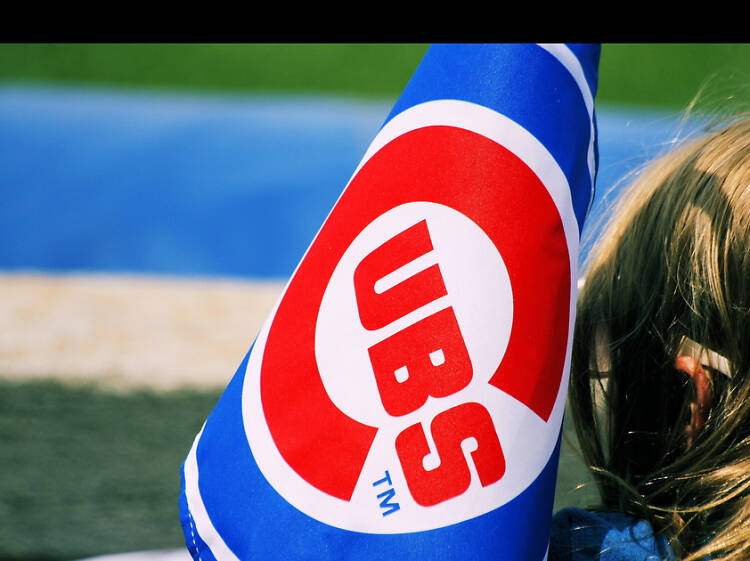 All of Chicago sports is rooting for the Cubs tonight

The Chicago Cubs have come back from a 3–1 deficit to force tonight’s World Series Game 7 against the Cleveland Indians. After last night’s decisive 9–3 win in... 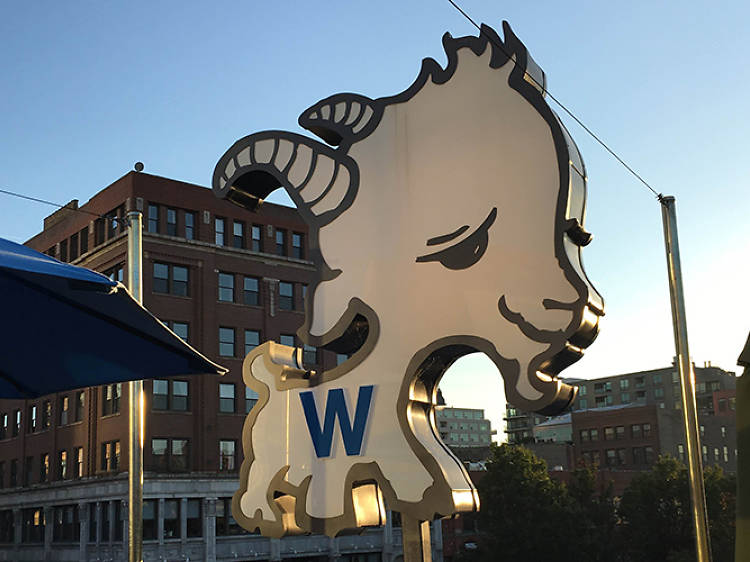 As the Cubs prepare to enter the team's first World Series since 1945, Chicago is getting behind the team in a big way. Local businesses are hoisting up W... 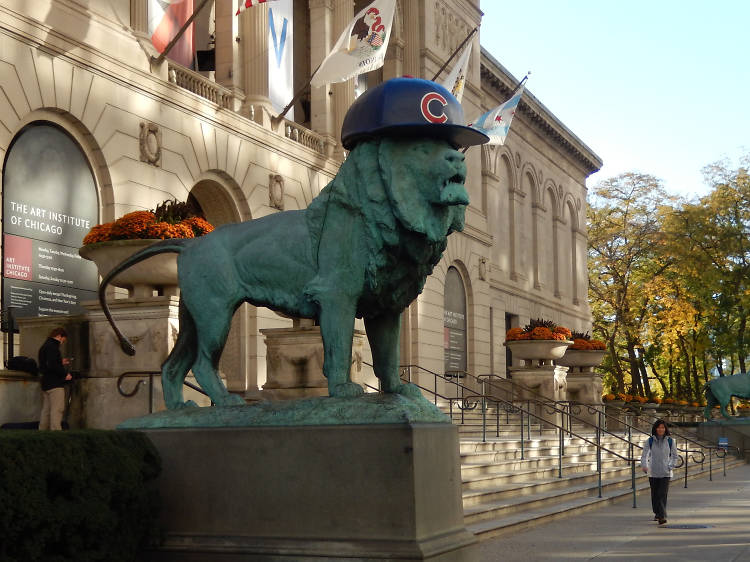 The Art Institute lions got their very first Cubs hats

Following the Cubs' victory in the NLCS game six on Saturday and in anticipation of their upcoming World Series appearance, the lions that sit outside the Art... 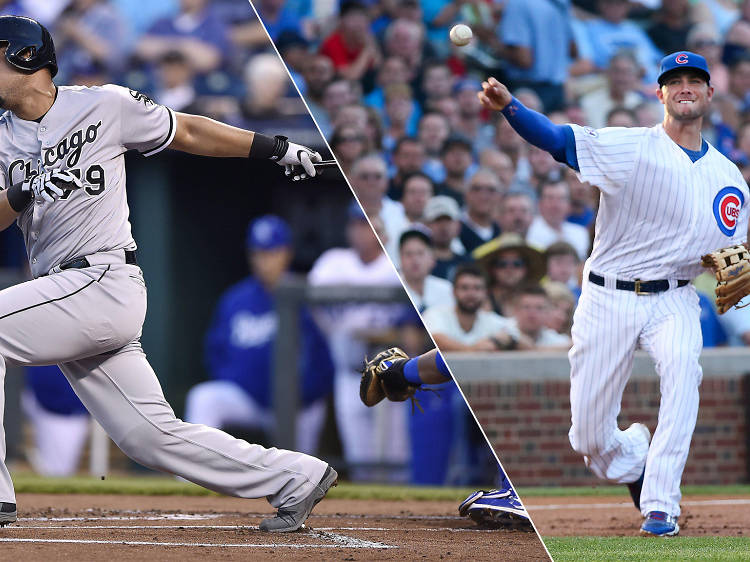 Are you a baseball newbie who wants to hop aboard the Cubs’ train this season? Or are you ready to put your newfound faith in a White Sox resurgence? Here’s... 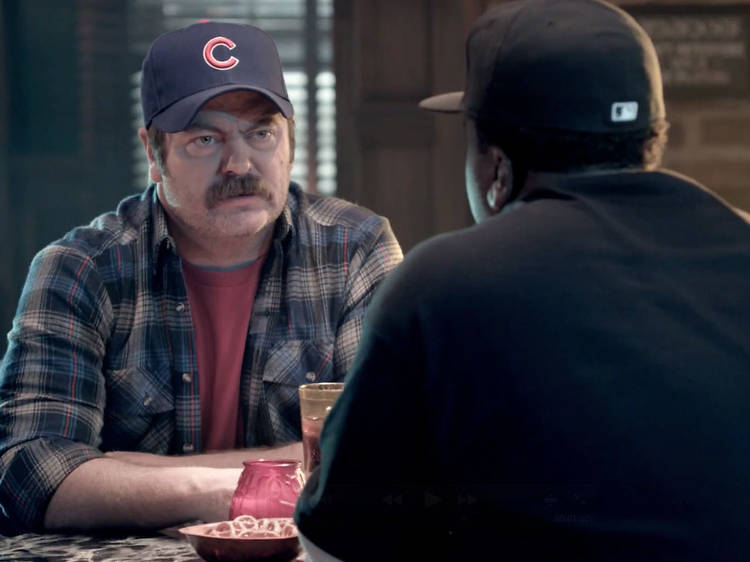 As we've already seen throughout the playoffs, the Chicago Cubs have some very passionate fans. It just so happens that some supporters are also famous—and can...