Taken as a whole, 2016 has been the worst. In the last 12 months we’ve lost Prince, David Bowie, George Michael, Carrie Fisher and countless other celebrity icons. But, the year wasn’t all bad. The Chicago Cubs won the World Series and Harriet Tubman booted Andrew Jackson from the $20 bill.

There have also been plenty of weird news stories to help you through the many ups and downs of this past year. Mysterious black ooze didn’t return to Union Station, but Rod Blagojevich started a band in prison and more than a couple people were hit by cars chasing after Pokémon. Determined to top the weirdest news of 2015, we dug into the Time Out Chicago archives and compiled a list of the 10 strangest stories we covered this year.

The weirdest news stories of 2016 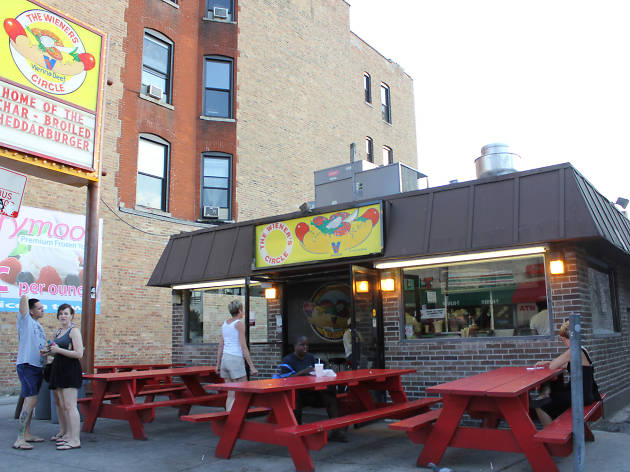 If there’s one thing Donald Trump is not, it’s a good sport. That’s why when famous Chicago hot dog stand the Wiener’s Circle decided to welcome the then-Republican presidential nominee to the city with his very own special menu item, it had all of Chicagoland cracking up over the size of his presidential appendage (he guarantees there’s no problem). A 3-inch hot dog called the “Trump footlong” was on the menu March 11-13, coinciding with a planned Trump presidential campaign rally at the University of Illinois at Chicago on March 11. Wiener’s Circle employees also wore hats with the slogan "Make Wiener's great again," showing just how much Chicago admires our new president. 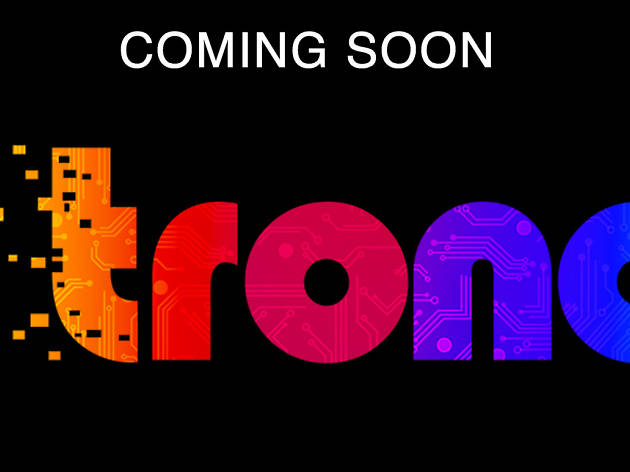 The newspaper industry has certainly had its ups and downs in recent years, and the decision by Chicago Tribune parent company Tribune Publishing to rebrand itself as “tronc” is a perfect example of the latter. The incredibly strange name choice was meant to be an acronym of "Tribune online content," but it ended up being a remarkably obtuse word that inspired some hilarious satire (actually, you work for ‘chorp’). 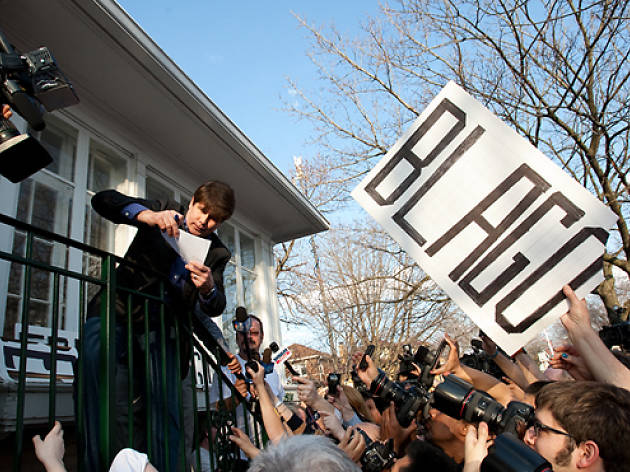 In 2016, we learned that former Gov. Rod Blagojevich isn’t letting a 14 year federal prison sentence get in the way of his 16-year-old self’s dream to be a rock star. During a resentencing hearing earlier this year, in which the ex-Illinois governor looked to have his prison term reduced to five years, the defense tried to paint Blagojevich as a man who has undergone tremendous personal growth while incarcerated. Among his accomplishments, Blago formed and sang lead vocals for a band called the Jailhouse Rockers. A U.S. District judge presiding over the case was apparently not singing the same tune and ultimately upheld Blagojevich’s original sentence. 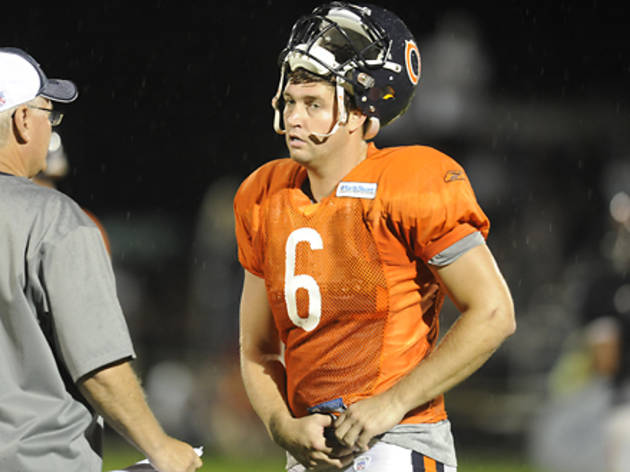 It’s been a recurring theme in Chicago Bears fandom of late to blame once-touted quarterback Jay Cutler for any misfortune that befalls the team. But one Bears super fan kicked her hatred of No. 6 up a notch by using her death notice to throw a little shade on the ill-fated QB. Late Northbrook resident Elizabeth Bowman's family included in her obituary a playful jab at Cutler. “She was a woman of loyalty, integrity, opinion, curiosity and intelligence,” the obit read. “A lifelong fan of the Cubs, Blackhawks and Bears (except Jay Cutler).” Well, Elizabeth, wherever you are, rest peacefully knowing that 2016 will likely be Cutler’s last year with your Bears. 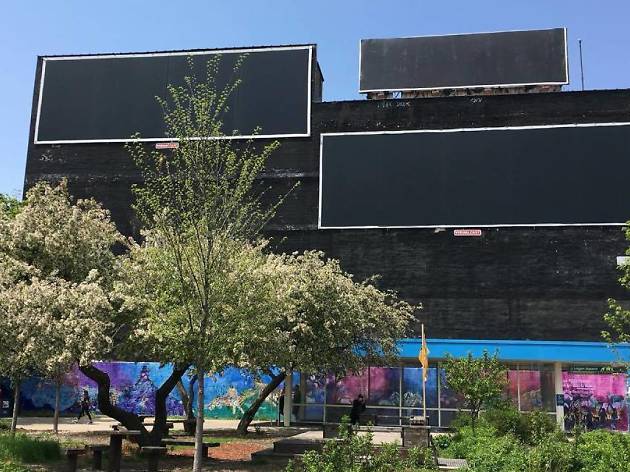 Cameron Crowe's romcom Aloha was a lot of things. A box office flop? Yes. Millions of dollars over budget? OK. A terrible joke of a movie? You betcha! But, it was also a symbol of neighborhood identity. For more than a year, a billboard for Aloha remained in place atop the roof of the old Grace Furniture building in Logan Square. To celebrate the one-year anniversary of the film's release on May 29, a Facebook event was launched to "honor the anniversary of the longest movie marketing campaign ever." However, the anniversary for the Logan Square monument quickly turned into a vigil, as the billboard was removed before the celebration could occur. 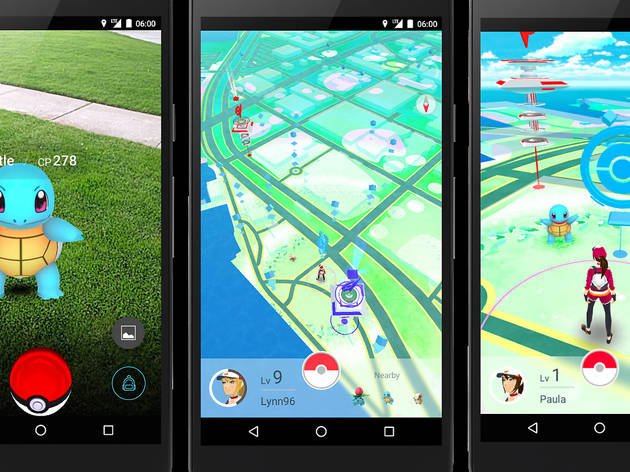 For anyone born after 1984 (hell, even some of us born before), the Pokémon Go phenomenon is virtually indescribable. Chicago, like every other place on the planet, was overrun by these fictitious creatures and their obsessive fans in 2016. And we’re all still struggling to explain why. To celebrate the emergence of what had hitherto been digital monsters into the real world, Chicago '90s kids gathered for an event that was dubbed the "first ever Pokemon Go meet up." More than 3,000 people RSVP’d to the event at Cloud Gate in Millennium Park on July 17, proving once and for all that reality is henceforth stranger than fiction. 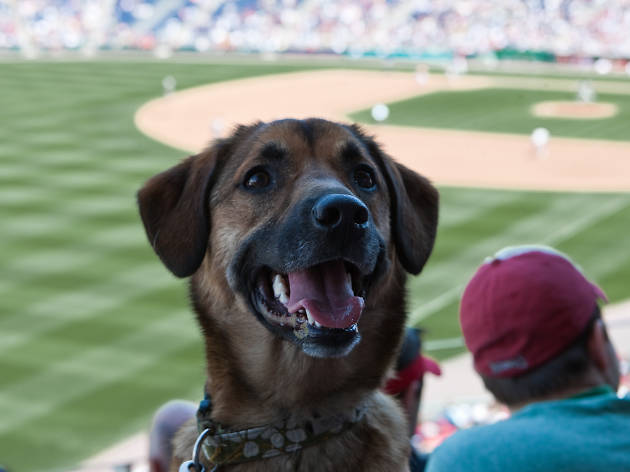 The Chicago White Sox aren't setting many records these days. The team won only 76 games in 2015, and after a forgettable hot streak to start the 2016 season finished their most recent campaign just 2 games better than last year’s mark. Still, the team and fans were able to take part in a unique championship celebration—one that didn’t involve winning baseball games. During the annual Bark at the Park night, the team set a Guinness World Record for the most dogs at a sporting event. White Sox fans brought 1,122 canine’s to the formerly named U.S. Cellular Field on September 13, giving new meaning to the phrase "dog days of summer." So cheer up South Siders, the Cubs weren’t the only Chicago baseball team to make history this year. 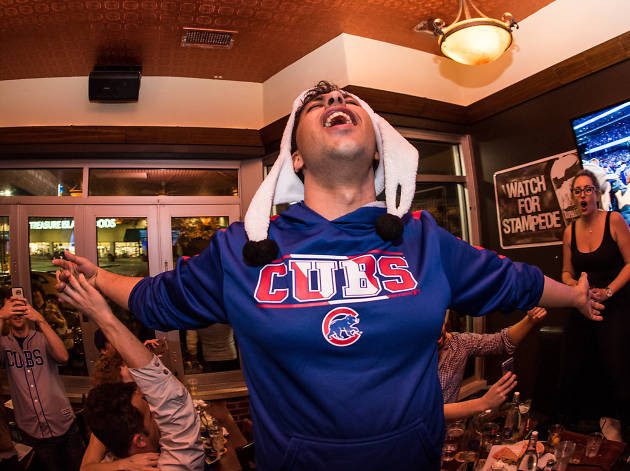 The Chicago Cubs won it all in 2016, proving that for once the joke wasn’t on them. However, the same couldn’t be said about Cubs fans, who were knocked down a few pegs early in the season by none other than Ellen DeGeneres. In May, she brought her show's bit "Kevin the Cashier Played by Adam" to a Wrigley Field gift shop and hilarity ensued. One of the producers for the Ellen DeGeneres Show messed with fans by doing a terrible job and got a few laughs at their expense. 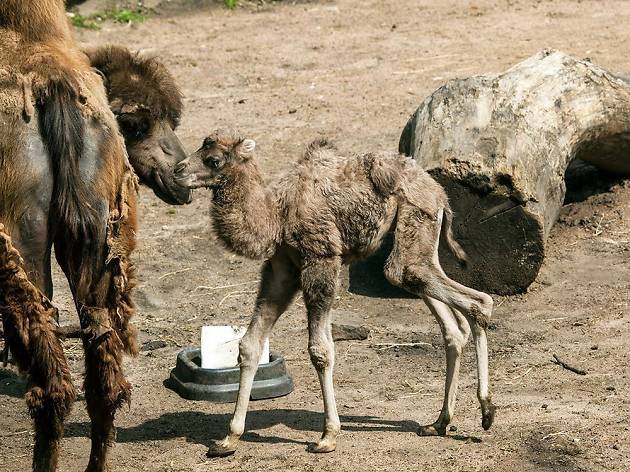 If people’s exuberance for Hamilton hadn't already reached its peak, animal caregivers at the Lincoln Park Zoo went the extra mile to get in on the popularity of the hit Broadway musical by naming a baby camel after one of our country’s Founding Fathers. In June, the zoo announced on Facebook and Twitter that a new baby Bactrian camel was given the name Alexander Camelton (we hear he's he's young, hungry and scrappy). Chicagoans anxious to catch a glimpse of the young, scrappy camel need only swing by the zoo’s Antelope and Zebra area. 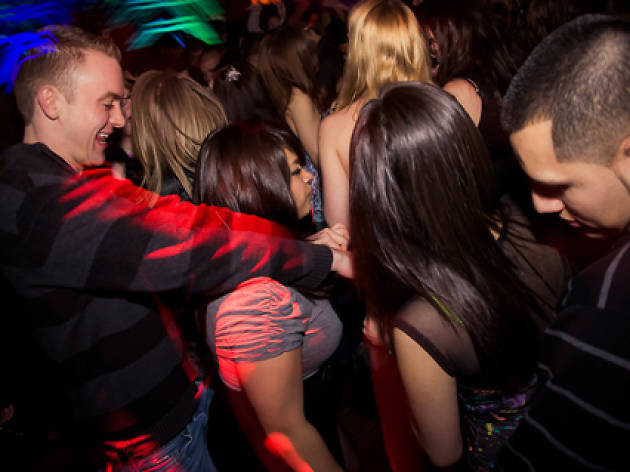 The ever-popular 16- to 24-year-old demographic lost one of its signature hangouts this year, and parents across Chicagoland are saying “good riddance.” The suburbs' trashiest club, Zero Gravity, held one last party on March 19 before closing its doors for good. Located in Naperville, the club was known for gross teen dance parties and produced an endless stream of shameful photos.