Seven of this summer's best electronic music events in Pula

Electronic music has really put the city of Pula on the map. As an ancient Roman outpost, still littered with some of the best-preserved monuments from that period, it wasn't exactly little known before the DJs, drum machines and synths arrived. But, nevertheless, since the internationally-recognised Outlook and Dimensions festivals arrived in the city, Pula has become one of the locations in Croatia most searched for online.

Both Outlook and Dimensions festivals have announced that this year will be their last at Fort Punta Christo in Pula. But, that's not to say that the city's story with electronic music is over. Far from it. Outlook and Dimensions decade-long love affair with Pula has left it mark in the city, inspiring the next generation of electronic music contributors. Included in that list are house DJ Andrea Ljekaj, now living in Zagreb and a part of the global Get Physical family. Also included are the team behind Pula's Music After Dinner radio show and parties. Add to those names other promoters you might find putting on parties at Fort Bourguignon or at the Kaštel in Pula and electronic music looks to have made an unshakable foothold in the city. So, here are the seven best electronic music events not to miss this summer in Pula.

Located south of Pula city centre, on Verudela, the same peninsula where you'll find Pula Aquarium and the Park Plaza Hotel, Fort Bourguignon is one of several old monuments in Pula where you can find raves. At this one, the soundtrack is invariably techno. On July 27, it plays host to Spanish techno DJ and producer Cristian Varela (pictured above).

Balance with Terry Francis at the Kaštel

Tech house dominates the soundtrack at every festival and club on the Croatian coast. It is now so ubiquitous that it's difficult to remember it having a beginning. But it did. And its beginnings came in the mid-'90s from Wiggle resident DJs Terry Francis (pictured above), Nathan Coles and Eddie Richards. On August 2, you can catch Terry Francis playing at this famous city centre landmark.

Agile Recordings is a techno label, founded in Italy in 2008 by Umberto Carmignani aka Uto Karem (pictured above). In its decade-long lifespan, it has released music by big hitters like Umek and Eddie Amador, but also has strong regional connections, having showcased people like Siniša Tamamović and Mladen Tomić from Banja Luka. This two-night celebration of their ten-year milestone features label head Uto Karem, Hollen and Admir 'Adoo' Hasanbegović on August 3 and Filterheadz, Johnny Kaos and Alen Sforzina on August 4.

Music After Dinner with Deetron at the Kaštel

Music After Dinner is a weekly radio show providing deep and vocal house over the Pula airwaves. Its enthusiastic team also put on some great parties. This one on August 17 features Swiss DJ and producer Deetron (pictured above), who is known for having a varied sound which crosses several genres. He became known more for his contributions to the techno genre but his DJ sets and more recent productions, not least his 2019 'Body Electric EP' for Gerd Janson's Running Back imprint, make trying to pigeonhole him a pointless pursuit. 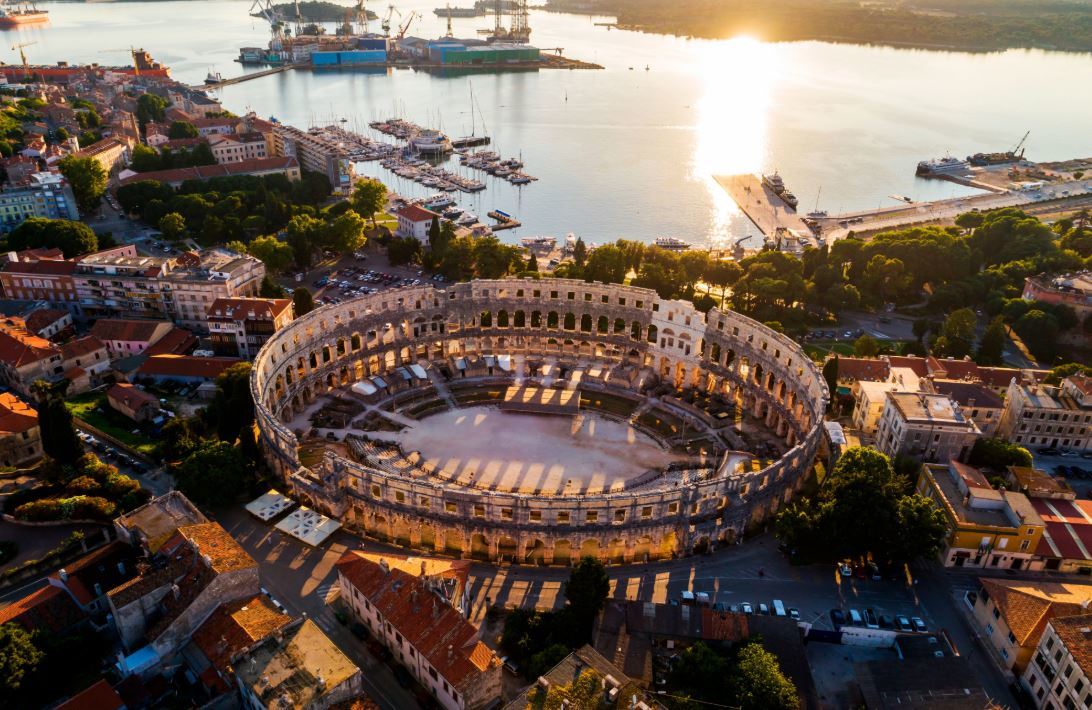 There can be few more impressive venues in the world for electronic music than Pula amphitheatre. Since Outlook and Dimensions started holding their opening night concerts there they've welcomed some of the biggest acts in the world like Kraftwerk, Massive Attack and Grace Jones. Tickets for these shows can be bought separately from the main event tickets, so you can watch the spectacle without committing to a full-on five days of festivalling. The Dimensions opening show on August 28 features hot contemporary DJs Objekt and Hunee plus headliner, Detroit techno icon Jeff Mills, who will incorporate Afrobeat rhythm pioneer Tony Allen into his live performance. Anderson Paak will also perform live at the event. The Outlook opening show on September 4 features Andy C, Shy FX (live), Gentleman’s Dub Club and Mala.