The main street, Ulica Korčulanskog statuta, leads to St Mark’s Cathedral, one of the finest examples of Dalmatian church architecture and design. Taking three centuries to build, it features several styles, including Gothic, Romanesque and Baroque. Beneath it is the sarcophagus of St Theodore, the protector of Korcula. Here you can also see St Mark with St Bartholomew and St Jerome, an early work by Tintoretto, whose Annunciation also stands in the south nave. Next door, the Abbey Treasury contains a collection of Dalmatian art from the 15th and 16th centuries. Opposite the cathedral, the Town Museum, set in a 16th century Venetian palace, contains a copy of the fourth-century Greek tablet from Lumbarda, the earliest evidence of civilisation on the island. Down a side street is the excellent Icon Museum and, entered through it, the 14th-century Church of All Saints.

The Memorial Collection of Maksimilijan Vanka, on the water-front near the Monastery of St Nicholas, shows the art nouveau and Expressionist works by this 20th-century painter and hosts temporary exhibitions by renowned Croatian artists throughout the summer.

The best things to do in Korčula town 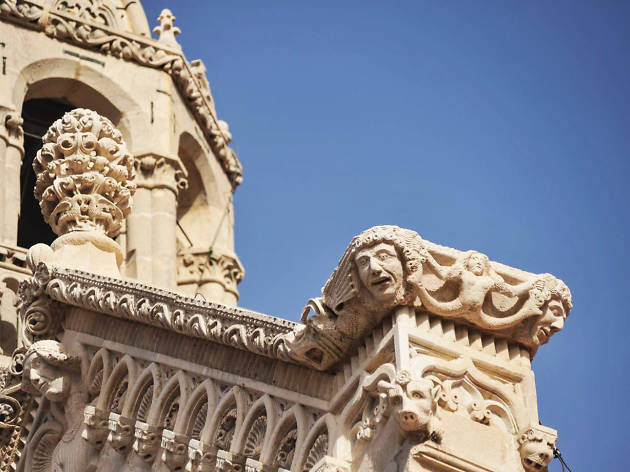 Set bang in the centre of the Old Town, Korčula's cathedral is one of the finest examples of Dalmatian church architecture. Taking three centuries to build, it features several styles, including Gothic, Romanesque and Baroque. The luminous sandy-yellow stone of the bell-tower and facade was finally revealed in full glory in late 2013 after spending the previous two years hidden behind restoration workers' scaffolding. Inside, fifteenth-century stonemason Marko Andrijić is responsible for the canopy set on four columns above the altar, or ciborium. Beneath it is the sarcophagus of St Theodore, the protector of Korčula. Here you can also see St Mark with St Bartholomew and St Jerome, an early work by Tintoretto, whose Annunciation also stands in the south nave. Cannonballs and weapons from wars with the Ottomans are also placed here, and a 13th-century icon of the Virgin. 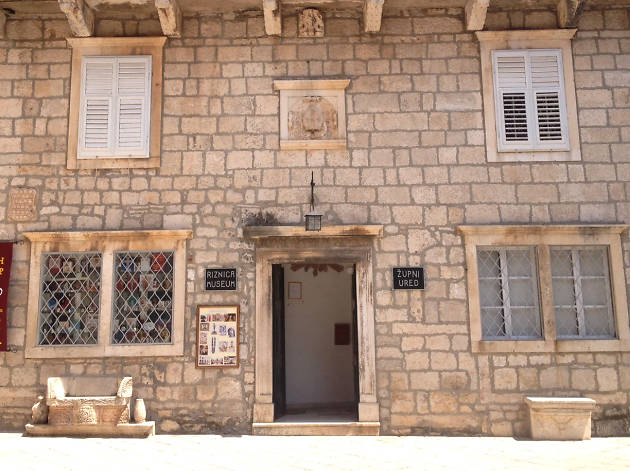 Next to the Cathedral, the Cathedral Treasury is much more than just a collection of priestly vestments and church silver, containing a small but really quite exciting collection of religious art through the ages. Star attraction is the altarpiece by 15th-century Dalmatian painter Blaž Jurjev, showing a tender and radiant Madonna flanked by a collection of saints. Look out too for small but exquisite alabaster panels from 15th-century Nottingham depicting the Kiss of Judas and the Flagellation of Christ; and a 19th-century statuette of Mary Queen of Scots that opens its skirts to reveal a (wholly chaste, we hasten to emphasise) diorama within. 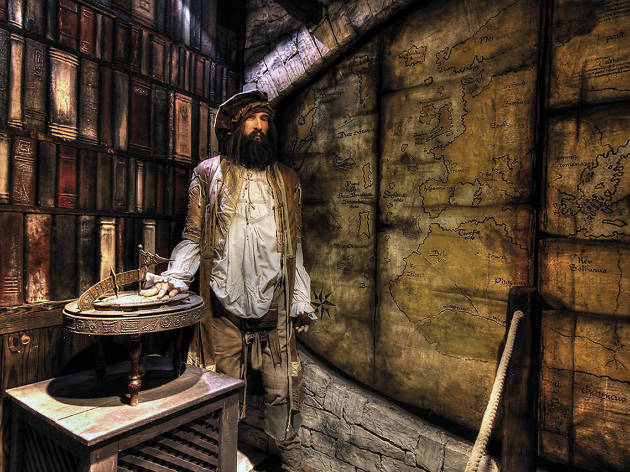 This modern multimedia attraction retraces the travels of Marco Polo using dioramas and lifelike dummies clad in medieval costume. With near life-size camels, monkeys and Chinese emperors, it's visually very effective indeed. Pick up the headphone audio guide and follow the story. 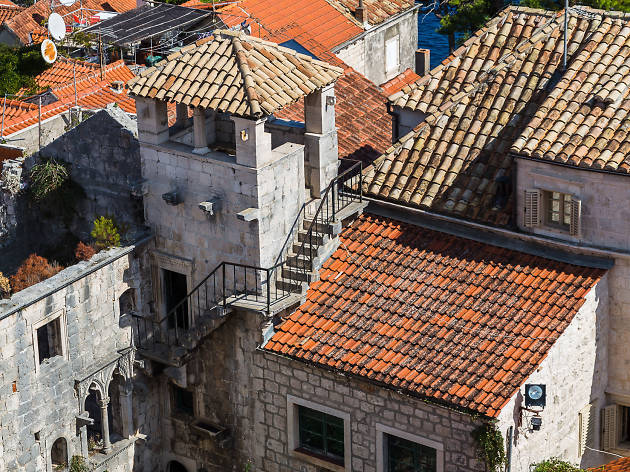 Korčula’s claimed connection with famed traveller Marco Polo is not as tenuous as you might think. The man who travelled along the Silk Road to Kublai Khan’s China was born around 1254, possibly here, perhaps on the mainland in Šibenik, or in Venice. Polo certainly fought for the Venetians in the famous Battle of Korčula in 1298. He was captured by the Genoese and during his imprisonment dictated his famous memoirs to a literate fellow inmate. Indeed, DePolo has for centuries been a common family name here. The house frequently shown to tourists as Marco Polo’s birthplace is actually a 17th-century structure said to be built on the site of his former home – that shouldn’t take the romance out of what remains a plausible story. 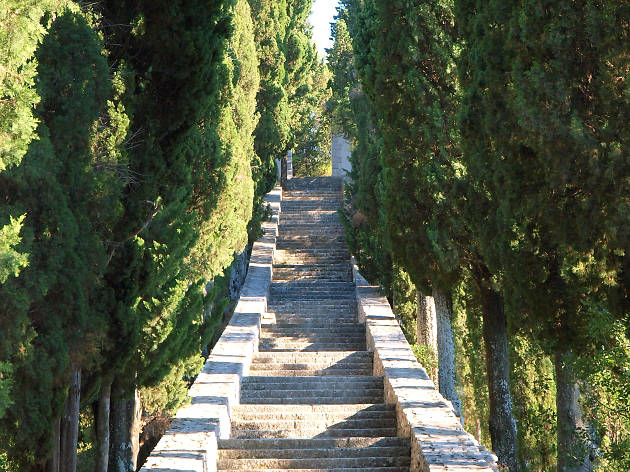 Two kilometres southeast of Korčula town centre, the pudding-shaped St Anthony's Hill looms over the road to Lumbarda. An alley lined with cypress leads to a 102-step stairway that scales the hill. At the summit is a small chapel dedicated to St Anthony, and thrilling views of Korčula's surroundings, including the islets and the more distant Orebić shore. 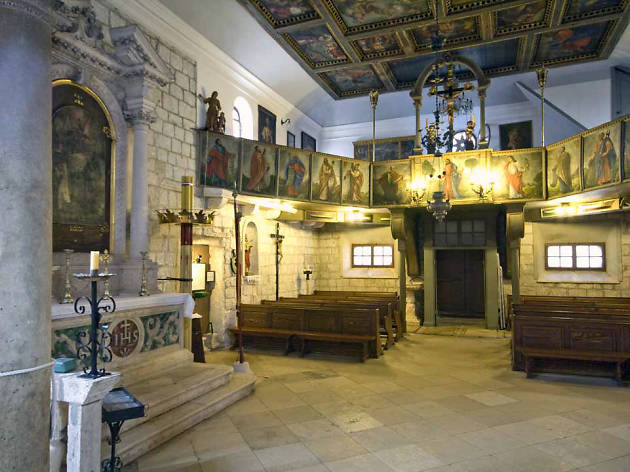 Located down a narrow alley, the excellent Icon Gallery contains religious images of mostly Cretan origin that ended up in Korčula when Christian forces evacuated ecclesiastical treasures from Aegean islands threatened by the Ottomans. A passageway leads from the museum to the 14th-century Church of All Saints. 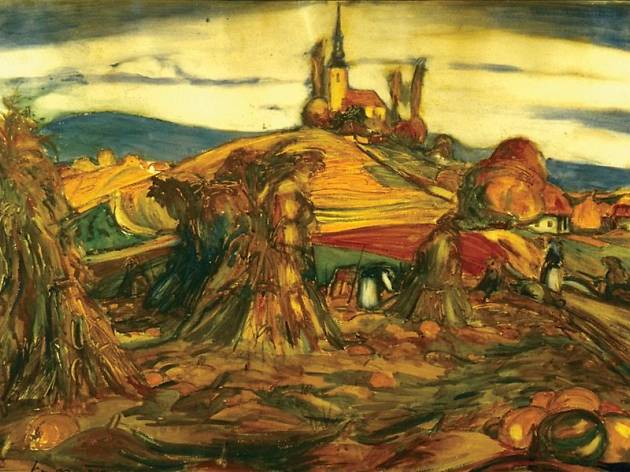 The Memorial Collection of Maksimilijan Vanka, on the waterfront near the Monastery of St Nicholas, shows the art nouveau and Expressionist works by this 20th-century painter and hosts temporary exhibitions by renowned Croatian artists throughout the summer. 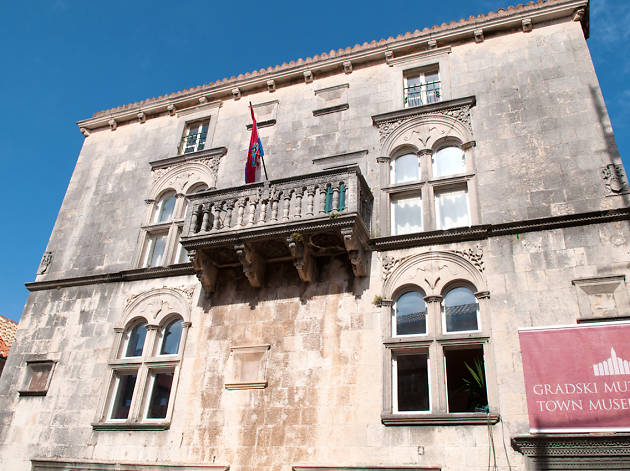