Where to see street art this summer in Zagreb

Local and international artists transform the city streets during Around festival, while the Art Park creates a permanent site for urban creativity

Though it only started in 2018, few residents and visitors to Zagreb last summer could have missed the new Around project. Art installations and urban interventions occurred on the city streets, often by famous landmarks, adding or changing perspectives about the areas where they were located. So stunning were the pieces that it was not unusual to open newspapers the morning after to see blanket coverage of the works, so beloved that their temporary lifespan was the only negative they drew from a city-wide audience.

Some interventions invited people into forgotten spaces, while others brought a humour or hyper-reality. The best, while they may have come from one of the international artists undertaking the work, cleverly pinpointed the traditional use of such spaces and highlighted their significance. 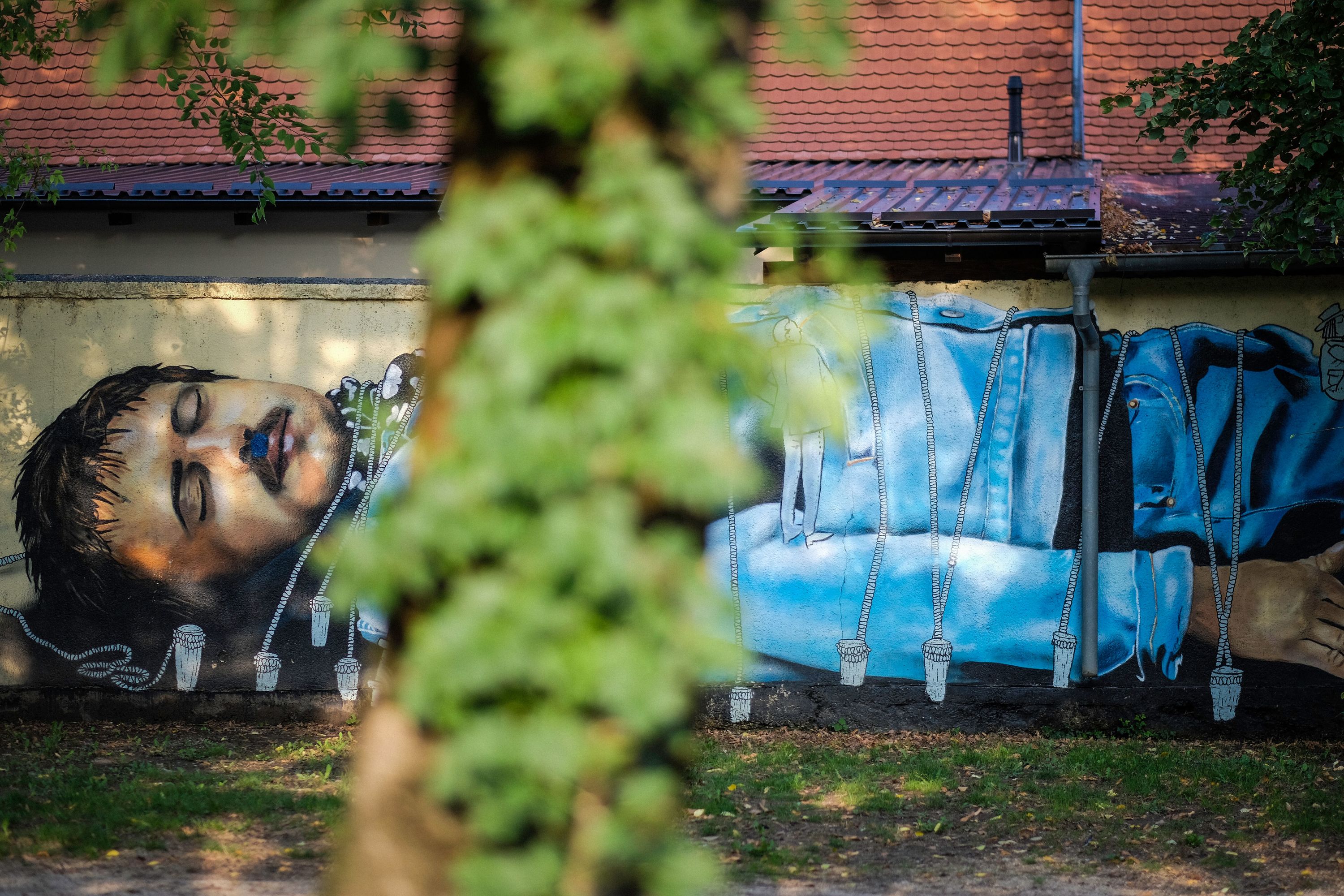 This year’s edition, which takes place between August 17 - September 1, will continue to dazzle with a combination of media and art forms. Confirmed international names so far include famous French street art duo Ella & Pitr, from Saint Etienne, whose works are often found taking up the whole facades of large buildings (indeed, some are so vast they can only fully be appreciated by aerial photography). From Spain, land art installation maker Javier Riera creates surreal and perspective-changing interventions by projecting lights onto natural backdrops such as trees or mountains. Australian artist Michael Pederson, who also goes by the name Miguel Marquez, makes pieces that never fail to raise a smile or laugh. He ventures into random or dull areas of a city and turns them into humorous scenes, leaving official-looking signs or by elevating bland, natural and/or pre-existing features to centre stage attractions. Croatian artists will also be making their mark within this year's programme.

As much as the grand undertakings of the City of Zagreb have transformed the Croatian capital over the last decade and a half, regeneration and eventual gentrification of any area occur as much thanks to inhabitants and independent will. Though hardly in need of gentrification, between the impressive Austro-Hungarian buildings that line Zagreb's streets, some areas still remain undeveloped, forgotten places or former industrial locations, that in the minds of imaginative young people, look like a blank canvas.

Located in the city centre, between the Strossmayer Promenade and Tomićeva street, one such area is the sloping forgotten green that since 2016 has been known as Art Park. Active throughout the summer, from June until September, Art Park has quickly become one of the coolest hangouts for the city's young people and visiting backpacker-types. Serviced by pop up bars holding great craft beers and street food outlets that are way better than basic, people congregate there nightly to play table football, sit on the floor of the terraced seating, meet up with friends and even enjoy the odd concert, movie screening or DJ session.

Every year, Art Park invites street artists from around Croatia and neighbouring countries to leave their mark at the site. You can go take a look in the afternoons and watch these artists at work. In previous years, Serbian artists like Artez, Nikola Mihajlović, Hope, Junk, Wuper and Linnch have come, with Croatian street artist Lunar a resident homegrown contributor. From Argentina; Alan Myers and Guido Palmadessa have visited, as have art crews like Pero Zloba, Tinuninu, Mane Mei, and Ivan Oštarčević. The face of the park changes throughout the summer, with sculptures, installations and other innovations vying for your attention, but the vibe at Art Park remain the same; low key, relaxed, hip and slightly eccentric, it's a must-visit for any visitor that shares or appreciates independent culture.