The 11 best museums in Glasgow

Want to get your culture on? The best museums in Glasgow take in everything from policing to piping

Glasgow has given so much to the world over the centuries. From the television to the first-ever international football match – not to mention a whole host of pioneering figures in art, music and literature – you can learn much about this heritage at the city’s array of brilliant museums. Major general interest institutions such as the Kelvingrove, the Riverside Museum and the Hunterian are housed in striking buildings that are attractions in themselves, while smaller, more specialised galleries are dedicated to everything from policing to piping. Most of them, too, are free.

To help get you started, we’ve picked out some of the best museums in Glasgow right now. You’ll be able to trace not just the story of the city itself, but also find out how it’s helped shape the world in ways that are often under-appreciated. Expect surprises, discoveries, wonderment – and a whole lot of Charles Rennie Mackintosh.

RECOMMENDED: Full guide to the best things to do in Glasgow 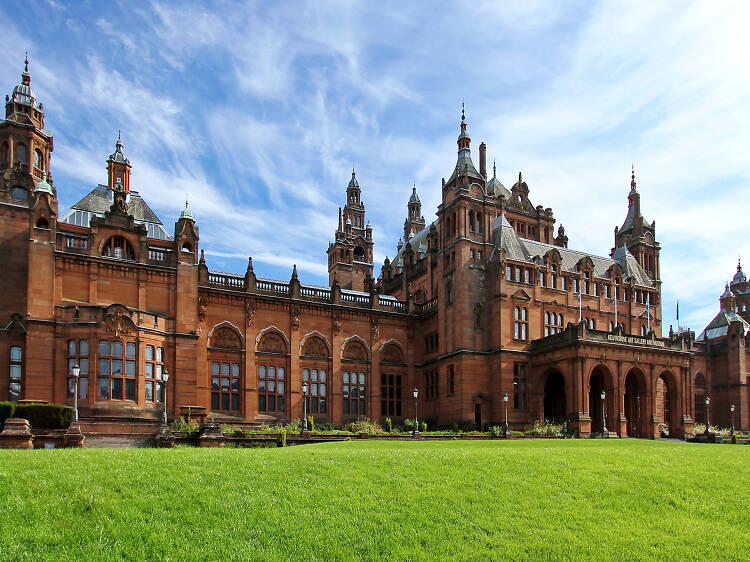 Well over a million can’t be wrong – that’s how many visitors flock to the red-sandstone, Spanish Baroque-style jewel in Glasgow’s cultural crown every year. Open since 1901, and given a £28 million facelift in the early 2000s, this mammoth institution is neatly divided into two wings. To the right, one of Europe’s greatest displays of civic art. To the left, a weird and wonderful museum collection that starts with a Supermarine Spitfire suspended dramatically from the ceiling above a menagerie of stuffed animals, including much-loved Sir Roger the Indian Elephant. 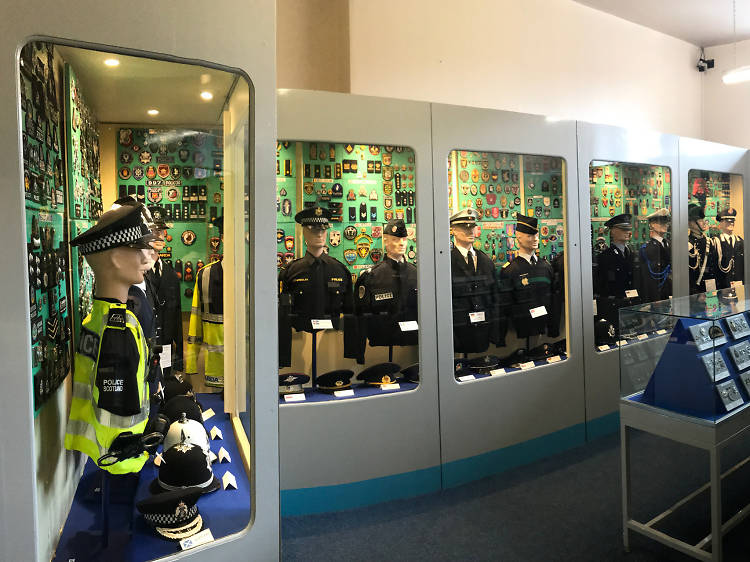 A museum dedicated to ‘the polis’, as Glaswegians them, may stand out in such a rebellious city. But then again, Glasgow was also home to the first-ever professional police force in Britain. This small museum in the Merchant City is run by volunteers – including many a retired copper – and is mainly dedicated to telling the 200-year history of the City of Glasgow Police and the many characters in its ranks. The International Police Exhibition features more than 2,000 items (insignia, headgear and uniforms) from all corners of the globe. 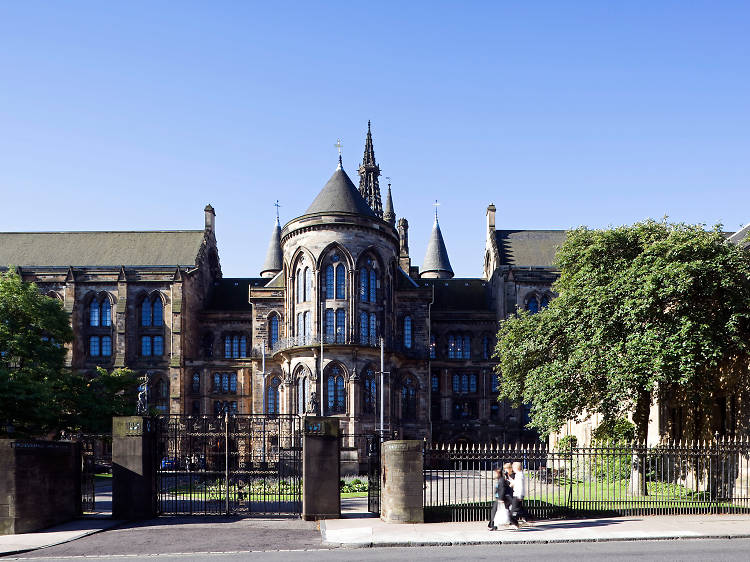 Glasgow (and Scotland’s) oldest public museum is also one of its hardest to find, tucked away as it is inside the neo-Gothic University of Glasgow building. It’s entirely worth seeking out, however, to view treasures befitting the university’s status as one of Britain’s most illustrious centres of research and innovation, from scientific instruments owned by steam engine pioneer James Watt to one of the finest bodies of Roman artefacts in Britain. The Hunterian also occupies Mackintosh House, an awkward-looking tribute to the city’s most beloved architect, Charles Rennie Mackintosh. 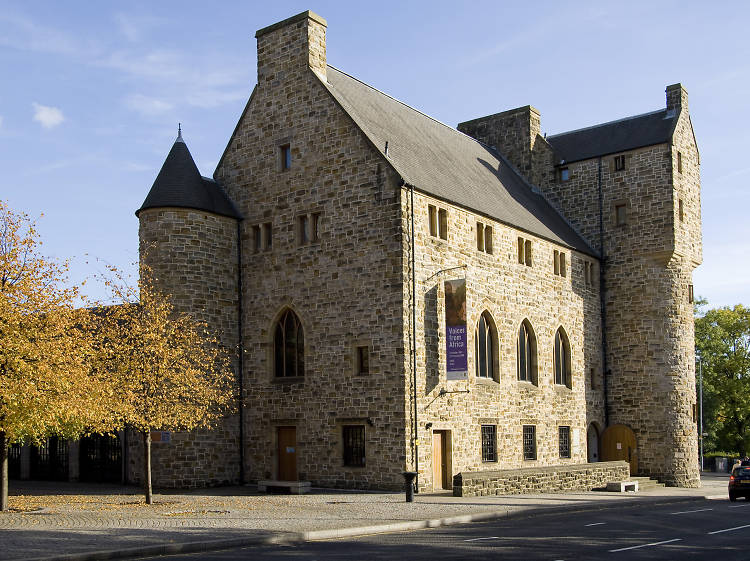 This is one of very few public museums in the world devoted solely to faith in its many forms. Learn about the most significant religions of the west of Scotland – Catholicism and Protestantism, that is, not football – visit a zen garden, scrutinise Islamic calligraphy and admire a bronze carving of the Hindu god Shiva Nataraja. Continue your trip at the medieval Glasgow Cathedral right outside. 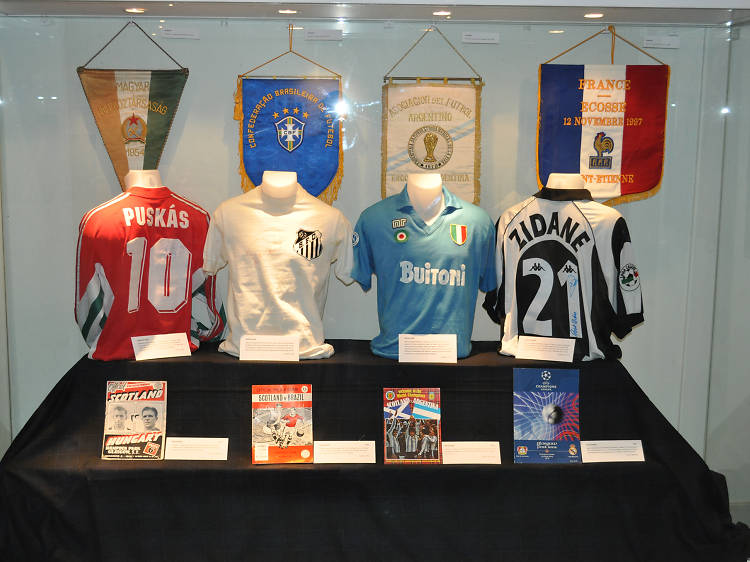 Fun fact: the first official international football fixture, between Scotland and England, was played in Glasgow in 1872. Scottish football may have entered something of a slump in the early 21st century – the men’s national team having not qualified for a major tournament since the 1998 World Cup – but there’s no denying the nation’s proud footballing heritage, nor the fact Scots remain totally football-mad. It’s only apt, then, that the national stadium should house a museum dedicated to the beautiful game in Scotland, with exhibits highlighting everything from strips and sticker collections to a Hall of Fame (Dalgleish! Stein! Ferguson! Law!) and one or two balls. Be sure to add on a stadium tour at the home of the Hampden Roar and the site of a few famous wins. 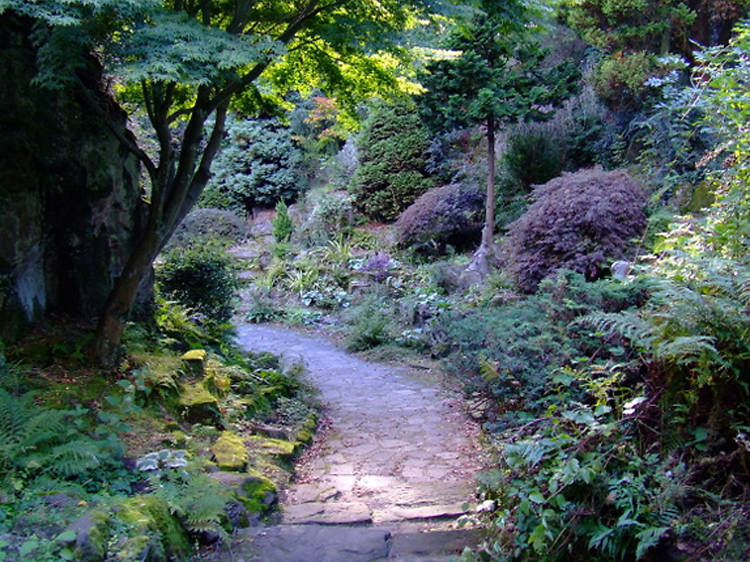 ‘Fossil what?’, you may hear if you ask even a lifelong Glasgow resident as to the whereabouts of this tiny and, shall we say niche, heritage site in the West End’s Victoria Park. But how many other attractions can claim to be 330 million years old, and preserved exactly where they were found? The 11 fossil tree stumps from the Carboniferous Period were discovered in 1887 when the park was being landscaped from the remains of an old quarry; a tiny yet informative museum was then built around them. 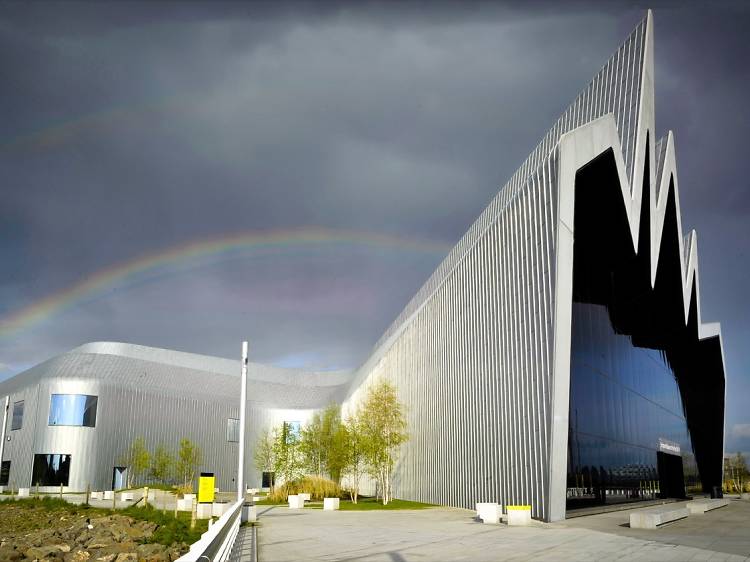 Dedicated in part to the proud history of Glasgow’s famous River Clyde and its now all-but-defunct shipbuilding industry, the mixed-purpose Riverside Museum is a stunning Zaha Hadid-designed 7,500-square-metre construction of zigzagging metal and glass. A replacement for the old Museum of Transport at Kelvin Hall, it’s becoming an institution in its own right. Memorable attractions include a wall of classic cars, an authentic recreation of an old Glasgow city street, a grand 1940s steam locomotive and – docked on the river itself – handsome 19th-century tall ship the Glenlee. 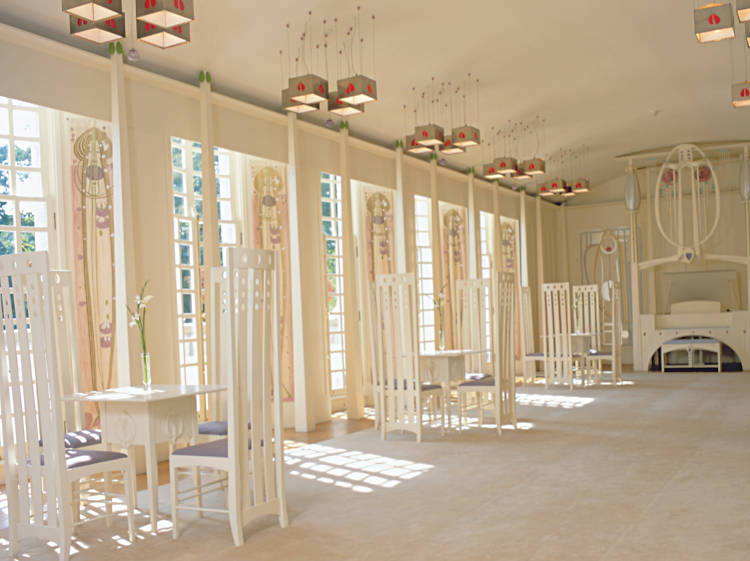 Photograph: House for an Art Lover

8. House for an Art Lover

This delightful and ornate building in the grounds of Bellahouston Park opened in 1996, but was based on plans drawn up in 1901 by Charles Rennie Mackintosh and his artist wife Margaret MacDonald. Stroll around the walled garden and take in the house’s remarkable exterior with its beautifully irregular features. Inside, explore grand bedrooms and music rooms, halls and sweeping staircases. Little wonder it’s one of the city’s most sought-after wedding venues. 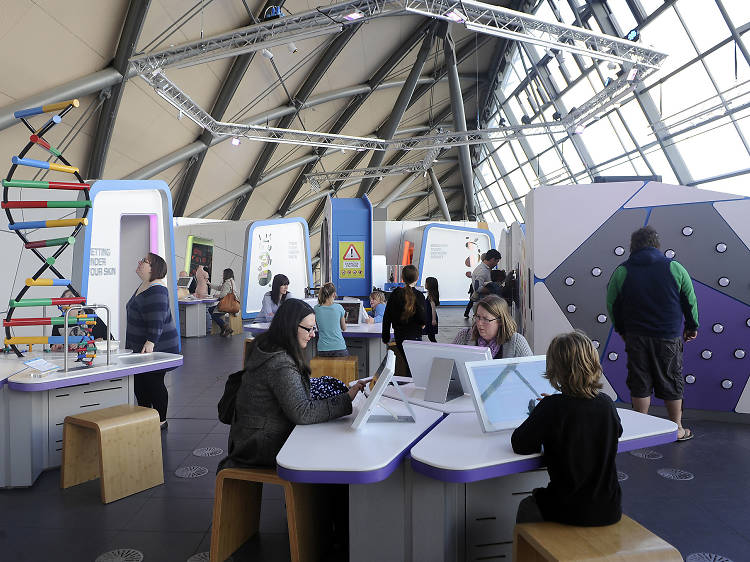 It’s only fitting that a city home to the fourth-oldest university in the English-speaking world, and such famous innovators as John Logie Baird (television), John Elder (compound engine) and William John MacQuorn Rankine (thermodynamics), should have a museum dedicated to science. The building is a wonder of science in itself – a suitably futuristic, titanium-clad, crescent-shaped structure facing on to the River Clyde, with an adjoining 105-metre viewing tower. The three-floor Science Mall holds more than 250 exhibits from plasma balls and chaos pendulums to whispering dishes and even a massive planetarium. The 370-seater IMAX cinema was the first of its kind in Scotland. 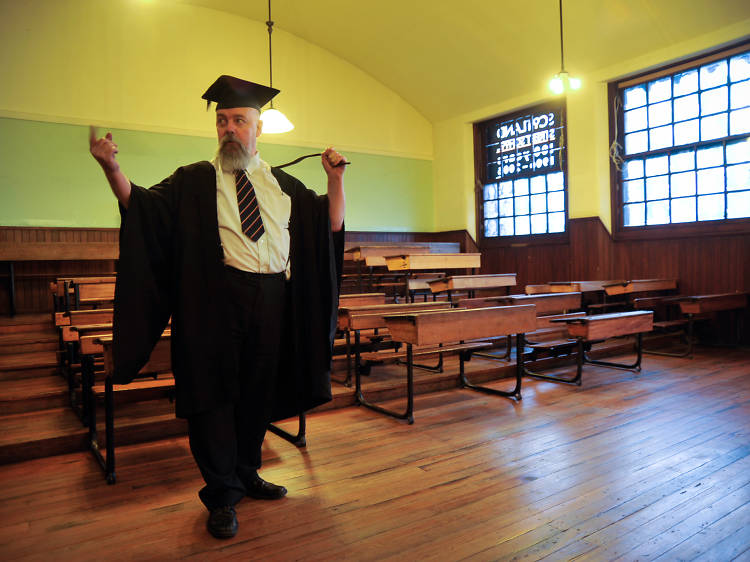 School’s been out at this beautiful Mackintosh-designed institution on Scotland Street since 1979, when the dwindling shipbuilding industry (and attendant urban decay) took their final toll on enrolment numbers. It’s since reopened as a museum shining a light on the unforgiving ways of the British schooling system from the Victorian era through to the 1960s. 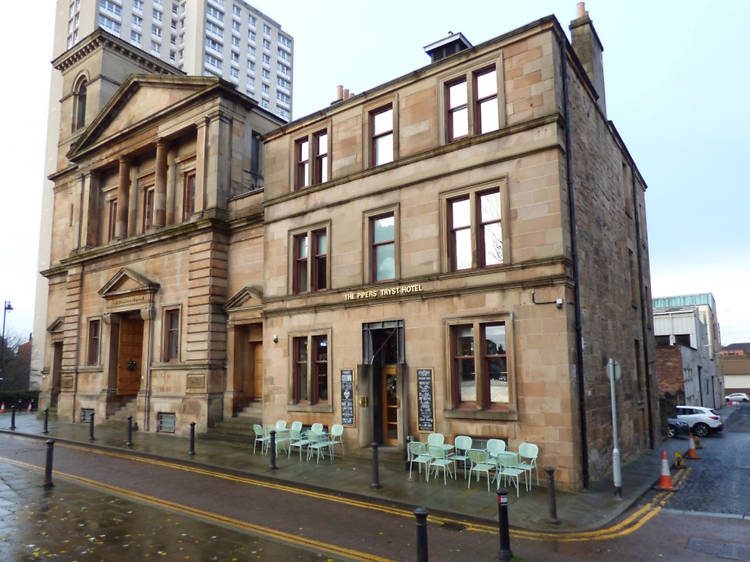 The not-so-dulcet tones of Scotland’s national instrument may be an acquired taste, but there’s no arguing a decent bagpipe strain can stir the emotions like little else. The little-known Museum of Piping at the National Piping Centre surveys three centuries of piping heritage in Scotland and beyond. Star exhibits include 18th-century bagpipes from Loch Aweside in Argyll, small pipes from Northumbria, a strong collection of Polish, Hungarian, Spanish and Italian pipes, and an instrument that once belonged to John MacColl (1860-1943), one of the greatest figures from what is often regarded as piping’s golden age. 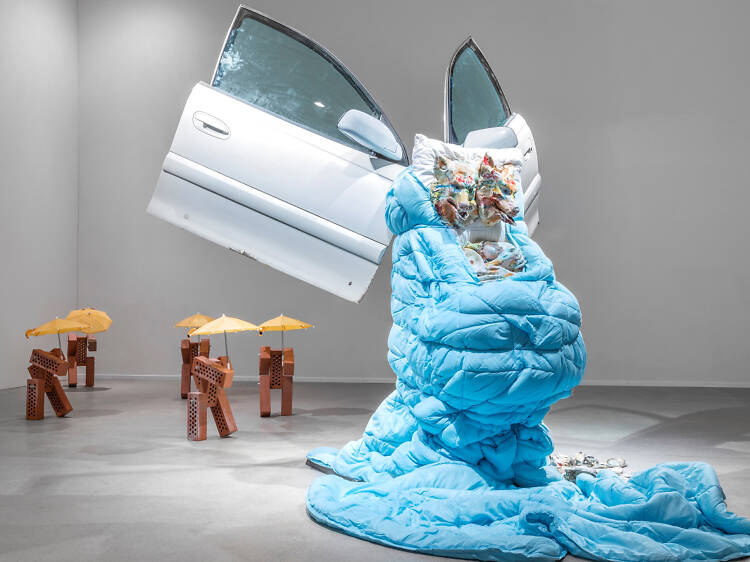 If you’re an up-and-coming artist, you’d do much worse than to move to Glasgow. It’s relatively affordable, big enough to ensure career opportunities – and man, all that history. The illustrious Glasgow School of Art has certainly redefined how we see Scotland’s second city.