It probably says something or other about how weird this country has become that I was reminded of the existence of ‘Dreamachine’ by a former colleague of mine dunking on it on Twitter. Not because he had any particular thoughts on the content, but because he was disappointed at the involvement of a musician he liked, Jon Hopkins. And the reason he was disappointed in Jon Hopkins was that ‘Dreamachine’ is part of the Unboxed festival, which started its life being announced as a vaguely defined ‘Festival of Brexit’ (Jacob Rees-Mogg’s words, not mine) that was supposed to recall the success of the Festival of Britain that helped the nation pick itself up in the aftermath of World War Two.

Quite how angry you can bring yourself to get at a festival that seems to have lost pretty much any thematic connection with Britain’s exit from the EU whatsoever will probably depend upon your interest in arts funding. Unboxed has been funded to a tune of a reported £120m. Thus there’s an argument that for all its very apparent mission drift, it’s still £120m of money that was initially allocated to partisan triumphalism, that has still been spent on a handful of large scale projects, with very different oversight to the usual Arts Council processes.

There’s also the question of whether it’s been a success or not, something that’s difficult to determine because it’s so diffuse, being spread out into big but localised events throughout the UK. The thing about the Festival of Britain is that it was substantially in central London, so lots of tourists came to visit it. Unboxed has taken virtually the opposite approach, and there’s only a single London show in the shape of the Woolwich-based ‘Dreamachine’, which has hardly been advertised to the rafters: it was only my friend moaning about it that reminded me to book a (free, taxpayer-funded) ticket.

Anyway. The original dreamachine was designed in 1959 by the artist Brion Gysin after reading William Grey Walter’s book ‘The Living Brain’, and was basically a modestly-sized device designed to create visual hallucinations via the medium of flickering lights. He hoped it might become as popular as the television, which is obviously ridiculous. But a man’s got to have goals, and dreamachines have stayed in currency as a sort of esoteric cult artefact.

The Unboxed submissions process invited funding applications from multidisciplinary ‘teams’. And thus it came to pass that Hopkins, art collective Assemble and scientists from Glasgow and Sussex Universities joined forces to create what is essentially a giant dreamachine.

And the core experience is really very cool. Sat in reclined chairs with blankets over us and our eyes closed, first bucolic then euphoric electronic music by Hopkins plays, while lights flash on our eyes. And by heck, did I hallucinate: vivid, primary coloured kaleidoscopic patterns, with occasional photorealistic images in the middle, it was arrestingly lucid, while at the same time I felt like I was somewhere midway between dreaming, hallucinating and actually being there.

It wasn’t life-altering, though: dare I say it I‘ve had the odd hallucinatory experience before, and this is (very understandably) the U-rated version: a pleasant, interesting encounter rather than one that actively breaks new inner ground. Do you like crazy patterns that are the production of your own subconscious plus a cool electronic soundtrack? Sure! Who doesn’t?

What somewhat grated with me was the after experience: various activities are laid on, including flopping on beanbags, sitting at a big table and drawing pictures of the shapes we saw, and filling out a digital ‘sensory profile’ on a tablet. I don’t want to be a total buzzkill, and I can appreciate that part of the rationale was to help fix the experience in our memories. But still, it felt both slightly infantilising and like an attempt to retrospectively define the experience for us. It’s a head trip that ends with you thinking of things to say on a questionnaire.

Given there are only ten projects in Unboxed, I can only assume millions of pounds have gone into ‘Dreamachine’, which does seem a bit much. But it is a cool and very much free experience. There’s a lot of baggage attached to it, and I suppose I can’t promise you that you won’t see hallucinations of a topless Boris Johnson, triggering Article 50 again and again. But if I – a dual UK and EU citizen – can have a reasonably good time at it, then perhaps there’s hope for all of us to put the past behind us and have a communal trip in a darkened space in Woolwich. 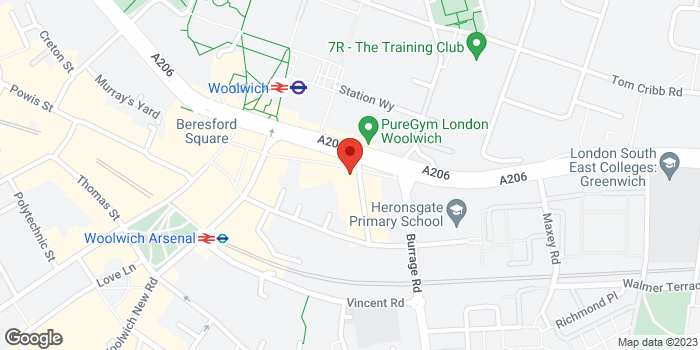