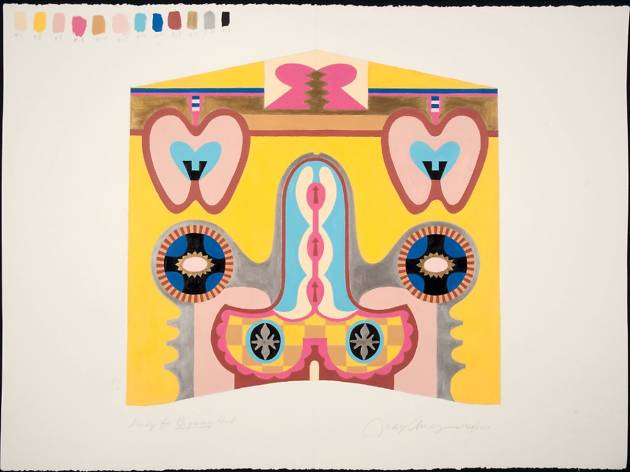 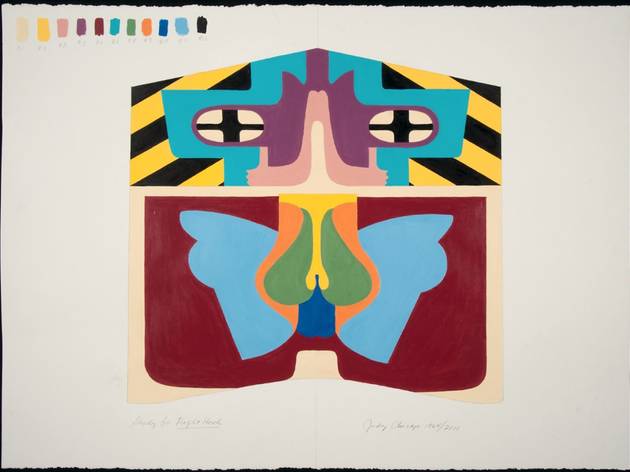 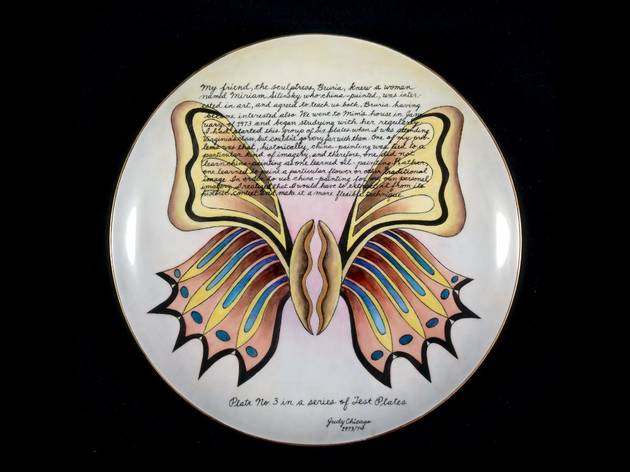 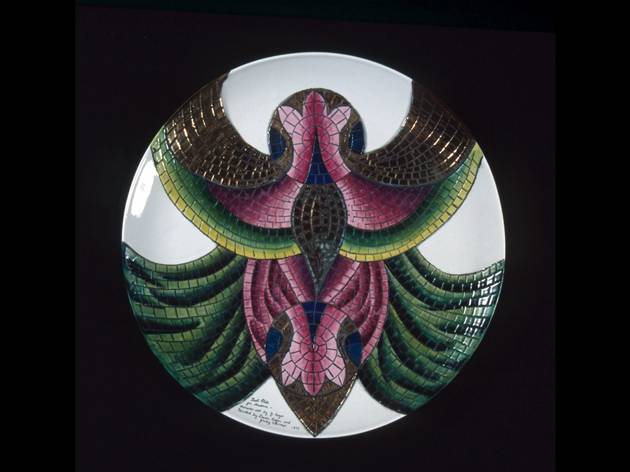 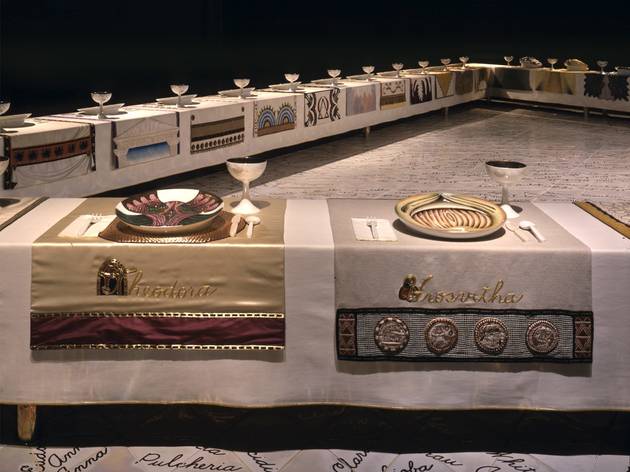 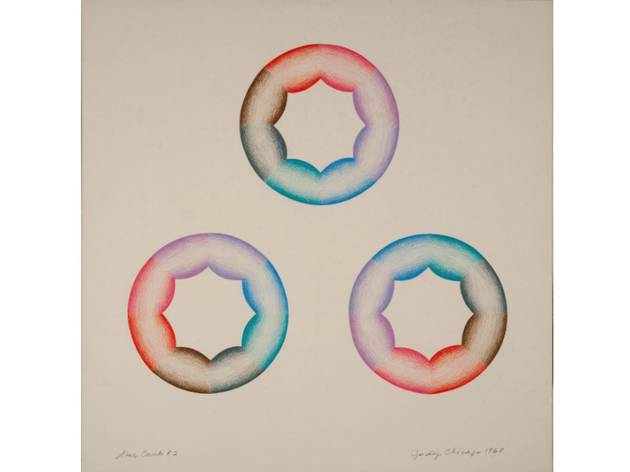 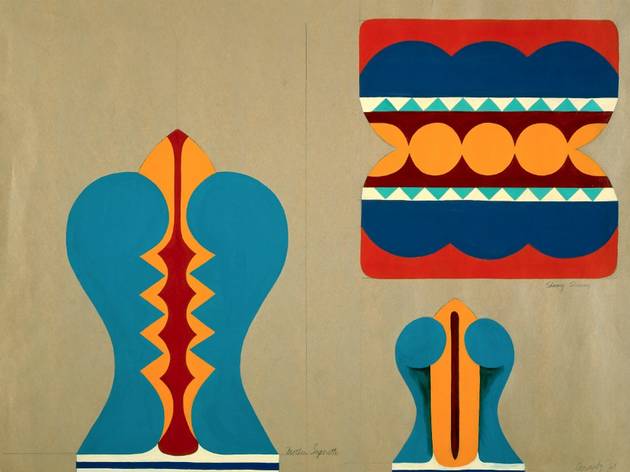 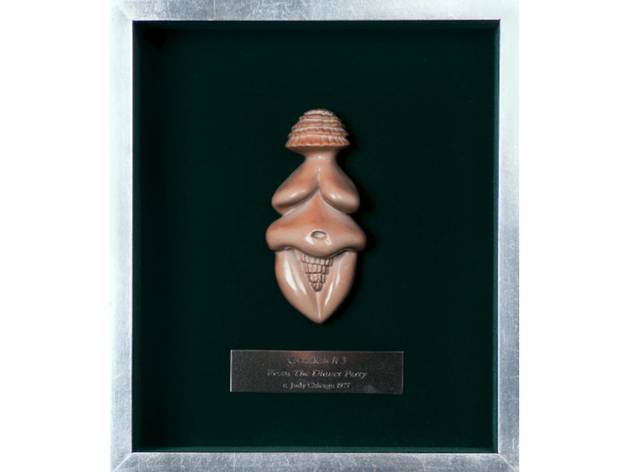 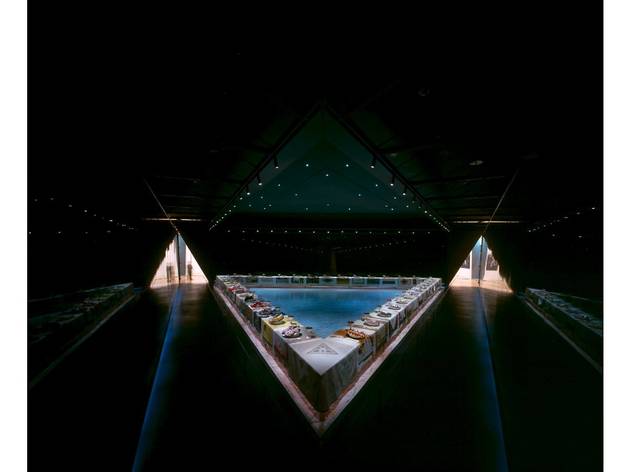 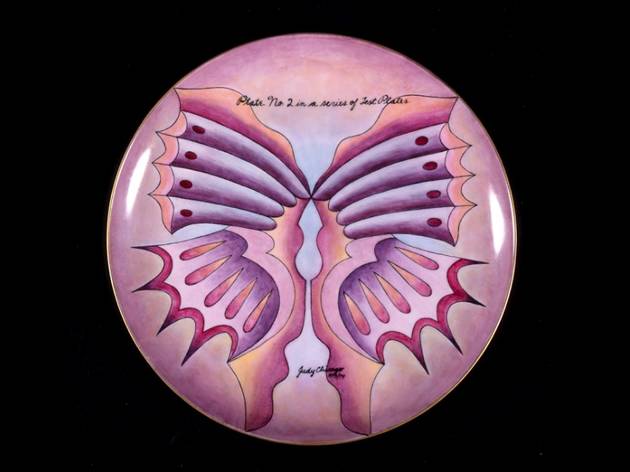 One of America’s most important, prolific and pioneering artists, Judy Chicago (born Judith Sylvia Cohen) is as charismatically outspoken now as she was in the 1960s. And, at 75, she’s finally receiving the acclaim and attention that eluded her for the majority of her career. She tells us about her show at Riflemaker, her inclusion in ‘The World Goes Pop’ at Tate Modern that will feature her famous spray-painted car bonnets, what it means to be a woman artist and why she changed her name.

How would you describe what you do to someone who’s never seen your work?
‘I think that’s a very difficult thing to do. I would probably suggest they Google me to be able to see my work – there is tons of stuff online!’

You’re often referred to as an ‘activist artist’ or ‘feminist artist’: do you think of yourself in that way?
‘I think of myself as an artist who has tried to make a contribution to art history: who has tried to counter and overcome the erasure of women artists in history. I’m an artist who cares passionately about meaning in art, who has pursued paths of interest whether they were fashionable, popular, commercially successful or not.’

Some of the works in your Riflemaker show are seminal…
‘I wish we could come up with another term, as “seminal” seems so inappropriate for women, you know what I mean?’

Okay, how about important or critical works?
‘The work in the show come from the first two decades of my career, which is important because for a very long time people tended to think they knew my work because they knew “The Dinner Party” and as happy as I was with all the attention it brought me it blocked out for a long time the rest of my career. I used to say I hope I live long enough to see my body of art emerge from the shadow of “The Dinner Party” and in the last few years that’s been happening. Last year I turned 75 and there have been exhibitions and events celebrating my birthday. That means that people will have the opportunity to see “seminal” works from across my career.’

Where does the ‘Star Cunts’ series come from.
‘“Star Cunts”and “Click Cunts” come from when I was trying to infuse the abstract language I had developed in the first decade of my career with my own experiences as a woman and trying to figure out how to be more myself. Then there is a very rare drawing from “Through the Flower” series as there are almost none of those left. There is the major work “Butterfly Test Plates” that chronicles my learning how to paint china in preparation for doing “The Dinner Party”.’

You’re included in the Tate’s new pop art show: did you ever consider yourself a pop artist?
‘No, not in the original definition. When I look at the other work in the show, I can see how the interest in popular culture was there in my work but that came more out of living in southern California where there was a lot of interest in car culture and there was tremendous freedom among LA artists in terms of self invention and using other kinds of materials outside of traditions. But I would say in the expanded definition that the Tate show is suggesting, maybe.’

How many of your ‘Car Hoods’ series will be in the Tate’s ‘The World Goes Pop’?
‘All four car hoods are going to be brought together. Or, as I say, all four sisters will be together for the first time in a long time.’

There’s a great story about how they came about: your college teachers didn’t like your work at the time, did they?
‘Yeah, “Flight Hood”, “Bigamy Hood” and “Birth Hood” are based on some paintings I did in graduate school which my male professors, oh my god, they hated them. They hated the imagery, they hated the colour and one of them said: “Ugh, wombs and breasts,” like those were horrible things to appear in a work of art. I actually destroyed those paintings and when I left college I enrolled in an auto-body school, I was the only woman out of 250 men, to learn how to spray paint. Now I’ve sprayed everything: automotive lacquer, china paint, glass paint. You know, me and my airbrush have had a long relationship.’

Do you think it’s very different for women artists now or do you think there are still similar issues like the ones you’ve had to confront?
‘Well the thing is, its definitely different for younger women artists and artists of colour and various sexual orientation from when I was a young artist because one can just be ones self in ones work in ways that were completely impossible and taboo. At the same time on an institutional level there has been very little change. The higher up you go in arts institution the fewer women you see except as a kind of add on to the white, malecentric narrative that still dominates.’

How your name came come about?
‘My original name was Judy Cohen and when I went college in LA I brought with me this incredible Chicago accent and a sort of proto-feminist consciousness. When I married I kept my name, but noticed there were a lot of Cohens showing, so I started using my husband’s name, Gerowitz. After two years of marriage, Jerry died and at 23 I had people thinking I was a Gerowitz. At the same time I started showing with Rolf Nelson, who used to call me Judy Chicago because of my accent. So at the end of ’60s when I wanted to make a radical change in my work and take charge of my  identity, I changed my name to Judy Chicago. Artforum magazine picked up on the announcement of me in a boxing ring – you have to understand what was going on at the time in LA, all these male artists were into these big, macho ads – and ran it as free ad and it just went viral before there was the internet. Do you want to know the stupidest thing anybody ever wrote about me? Somebody said I changed my name so my initials would be JC!’

What are your studio rituals?
‘I’ve been working in glass for the last ten years, so the first thing I do in the morning if I’ve fired the night before, much to the consternation of my cats who are waiting to be fed, is go down to the studio in my night gown and open the kiln to see what’s happened. Then I feed my cats and get dressed and go into the studio. I don’t like to talk in the morning, I like to bring all my focus and energy into the studio.’