'My place in pure painting will never be where Frank Auerbach is, or Francis Bacon is,’ says Sir Peter Blake over a cuppa in his Chiswick home. Can this be false modesty from one of our most famous and respected artists? With a voice better suited to bedtime stories than provocative pronouncements, Blake, who turned 83 this year, can be a little hard to read. I reply with a meek ‘I don’t think that’s true.’ But the godfather of British pop art is adamant. ‘Frank has been incredibly consistent: it’s either portraits or it’s Camden Town. And some great work has come out of it. Whereas I’ve darted around like a little butterfly. It’s confused people and still confuses them. But that’s good. It’s a path I chose and I don’t regret it.’

Blake’s darting path – beginning in Dartford, as it happens, in 1932 – has been distinguished by its embrace of both ‘pure’ painting and commercial design. He’s been artist in residence at the National Gallery and you’ll see his work at both Tate Britain and Tate Modern, but he’ll always be associated with the most famous album cover of all time. Does he tire of talking about ‘Sgt Pepper’s…’ almost 50 years after he designed it with his then-wife Jann Haworth? ‘I do a bit,’ he says, graciously. ‘All I would add is that it’s not a problem any more. At the time, the fact that I was paid no money was important because I had no money. It was [the cause of] an enormous resentment because everyone else was making so much money.’

Oddly enough, though, as with Auerbach, one thing that’s been consistent throughout Blake’s seven-decade career is portraiture. He’s not been prolific in the genre, and he’s hardly traditional in his approach, preferring to paint from photographs rather than life. Yet a very early portrait of his sister helped him to gain a place at the Royal College of Art in 1950, and one of his most famous paintings is ‘Self-Portrait with Badges’ (1961, currently on show at Tate Britain). Opening this week, his new show breaks down into ‘Portraits’ and ‘People’. ‘Portraits’ includes paintings from life (or photographs) of friends and acquaintances, sometimes as commissions, sometimes done for fun. Described by Blake as ‘anyone with a head’, ‘People’, meanwhile, is full of invented characters – including wrestlers and tattoo-covered folk based on his childhood love of the fairground and circus. 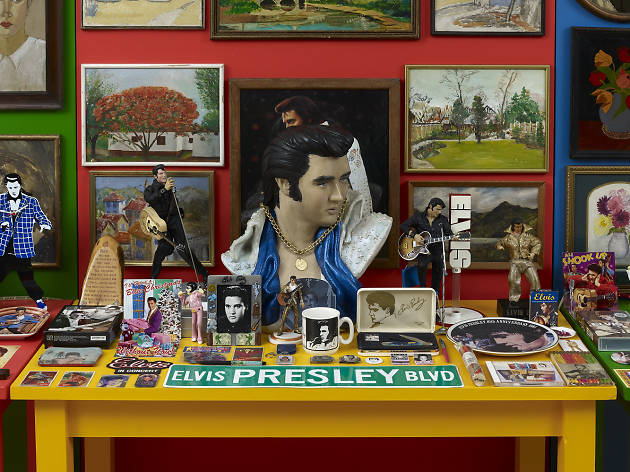 ‘I always intended to do a show about Elvis and this triptych was always meant to the be the centre of it. I’ve used a lot of books and albums and things. I’ve got two actual signed photographs by Elvis and stuff like a grain of rice that I bought on Venice Beach. You could have your name written on it, so I asked for “Elvis” to be put on to a grain. It’s contrived ephemera, really. Elvis is the main symbol, the main image if you’re doing pop music. I’m a fan but there’s music I prefer. Brian Wilson, for example. I’m a terrific fan of Brian. I’ve met him a few times and taken him to dinner. My portrait of Brian is not finished but I might put it in the show as a work in progress.’ 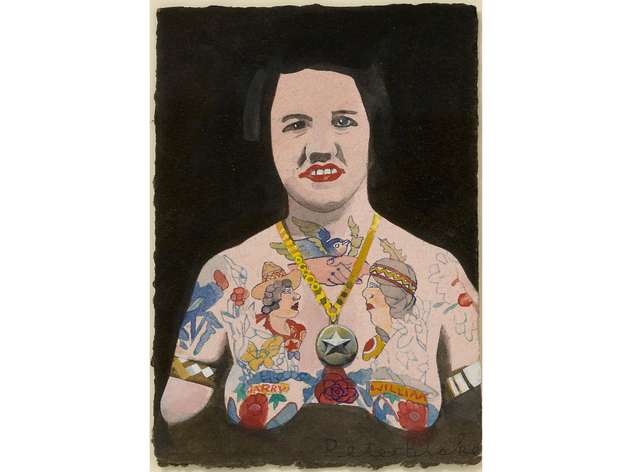 ‘I’ve always been interested in tattooing. In the ’60s I met a man called Les Skuse, who at that point was the world champion tattooer. He did a series of silkscreens, which I bought. The main source for these was a book of mugshots of French prisoners. What I’ve done is change them around a bit. They do actually exist as tattooed people but I’ve changed the tattoos. With this one, I just needed two names, so I put “William” and “Harry”. I love doing them. I’ve got lousy knees but good eyes and steady hands, so I’m lucky.’ 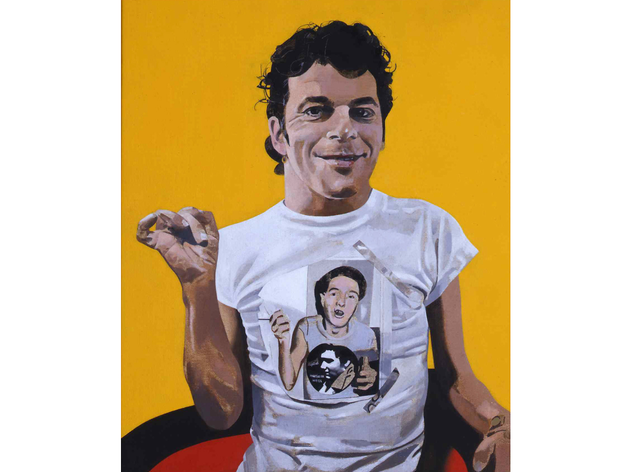 'I taught Ian at Walthamstow [College of Art]. There was this amazing year when ten students from Walthamstow applied to the Royal College of Art and nine of the ten got in – and they only took something like 25 students to the painting school. Ian was good, he was always interesting. But they were all great students. And they were all ruffians.’ 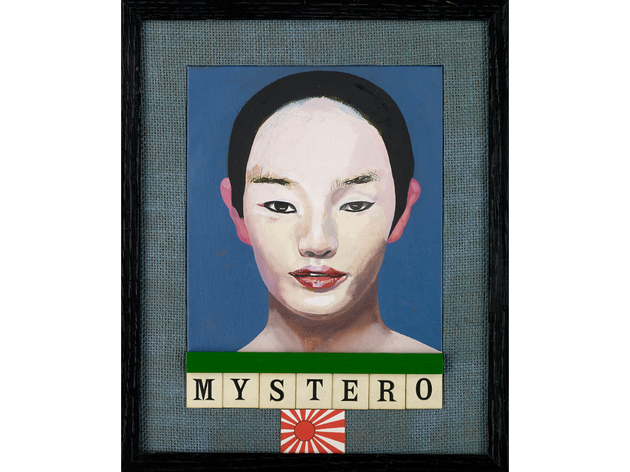 ‘The wrestlers are all fictitious. I love making the names up. The only real wrestlers I ever painted were the Masked Zebra Kid, because I happened to get his autograph, and Kendo Nagasaki, who did sit for me but went into a trance. He literally sat down and went still and didn’t move for an hour. His eyes didn’t blink. It’s interesting. It meant that I could paint him. Portraiture is very intimate and I don’t want that relationship with a sitter. I’m nervous of it. It’s not my process. What I describe myself as is a journeyman portrait painter who wants to get a likeness.’ 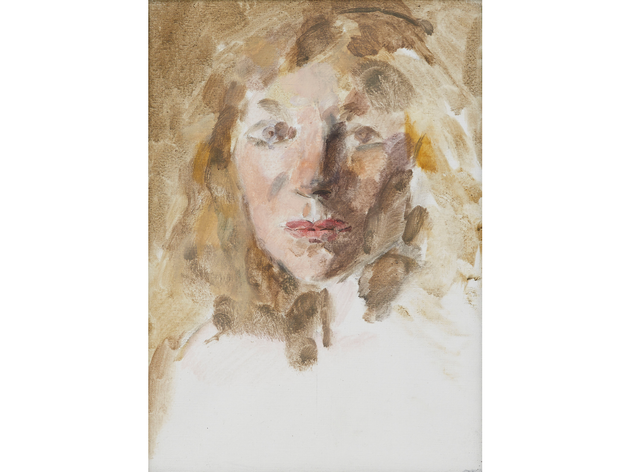 ‘I asked Helen Mirren to come and pose for me. She was playing Cleopatra and she was so exuberant and gorgeous and full of life that it scared the life out of me. I think she wanted to take her clothes off, which would have been fine but I was doing a portrait. The plan was, because she hadn’t commissioned me and I wasn’t paying her as a model, I would do two pictures. She could have chosen one of them, but it only went to two sittings of an hour-and-a-half each, meaning there’s only an hour-and-a-half done on each painting. I rejected them then, and put them to one side, but they came back in at this point, with that story, which is interesting. Without that story they’re very slight and not particularly good paintings. She’s never seen them. I hope maybe she’ll come by the show. I’ll still give her one.’