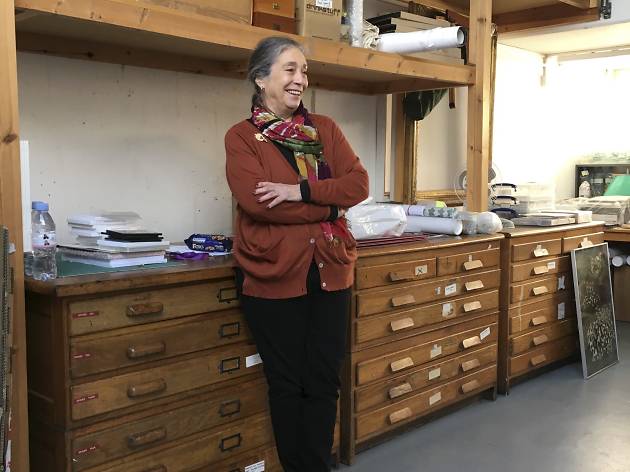 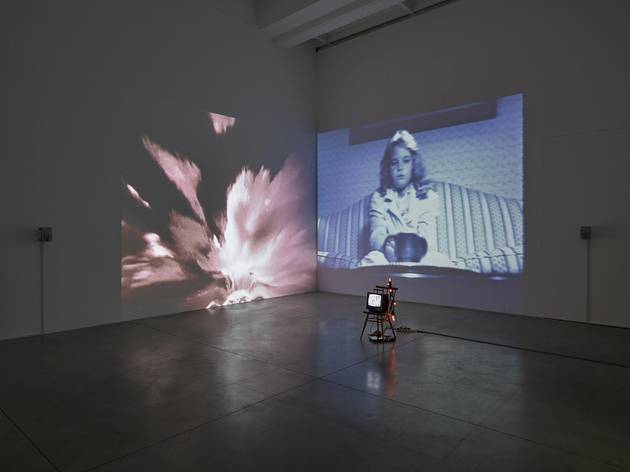 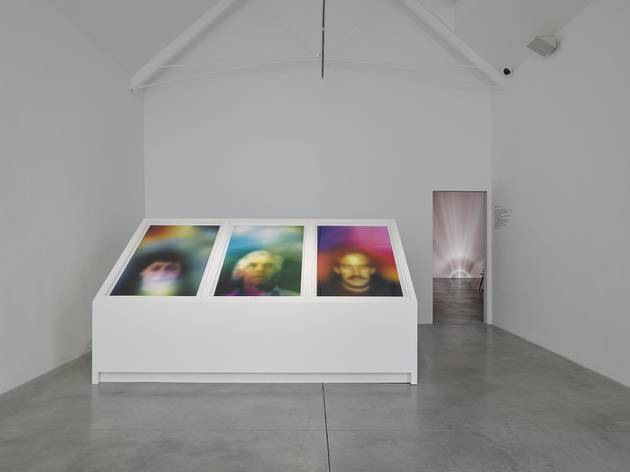 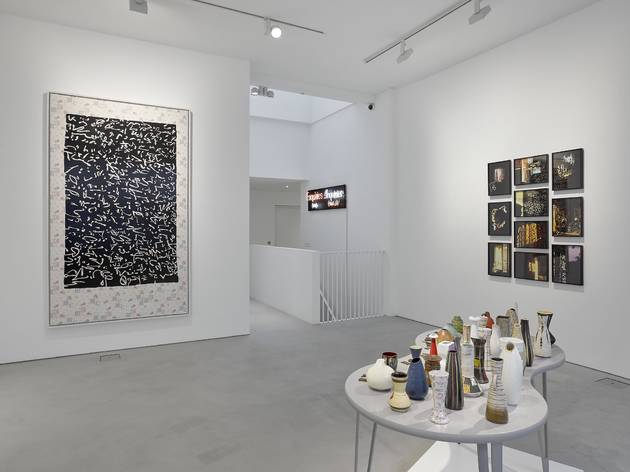 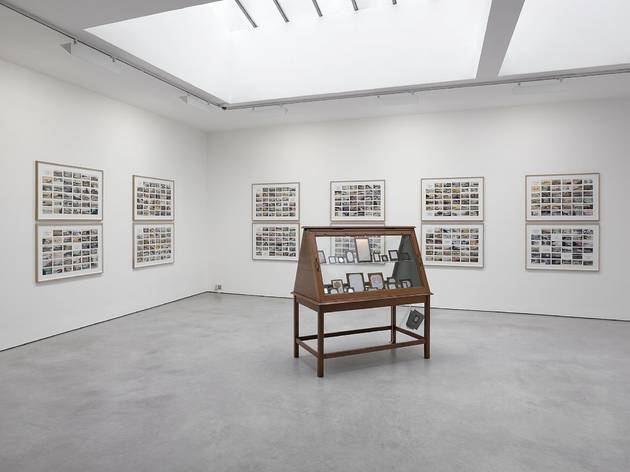 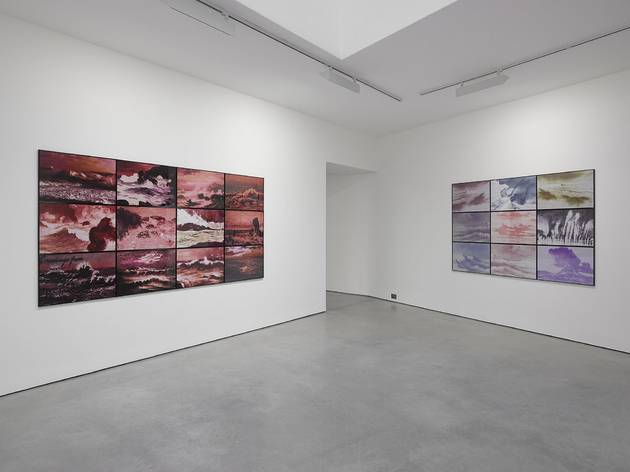 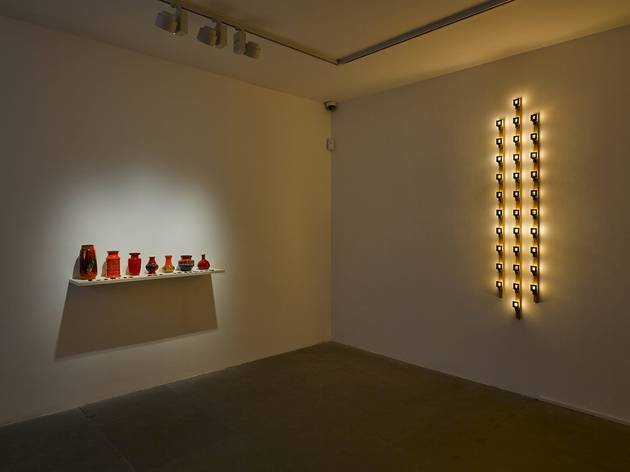 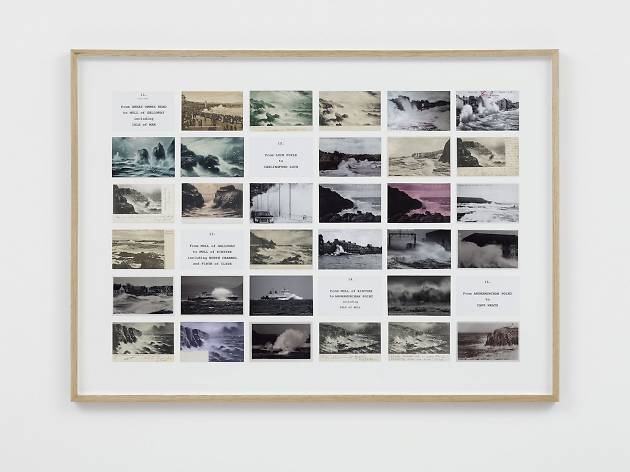 'It means the obsession is growing'

You originally studied anthropology. How and why did you become an artist?
‘I always wanted to be an artist, but by the time I was a teenager I became aware there were no women artists: none. Later, when I discovered some, they were always denigrated:“She’s the wife of so and so”. So unconsciously I was separated from my ambition to be an artist. At secondary school I found a little booklet called “Anthropology as a career for women” by Margaret Mead. Honestly no one had ever expressed anything interesting as a career to me as a woman. You could be a secretary, a teacher but an anthropologist? I didn’t even know what that was, it was so exotic and interesting. Then I went to a very prestigious and academic New England women’s college. They didn’t teach anthropology, but they had a very good art department. American universities don’t produce specialists, so I took a variety of subjects. I got out of college with this very broad background and no sense of vocation, so I went to New York for a year and took courses in life drawing, film and photography as well as anthropology courses in linguistics and archaeology. Because of this deeply internalised sense that as a woman I could not be an artist I went to postgraduate university and did anthropology. It was during a lecture I was giving on African art that I thought: this is ridiculous. I am not going to be an anthropologist. What can I say? It took me a long time.’

Initially you started to paint?
‘Yes. I had a couple of exhibitions but at the same time I was also interested in working in a different way which was with groups of people to do performative experiments, I suppose. I did pieces like dream mapping and street ceremonies, which were a subversive kind of performance because they didn’t have an audience, they only had participants. Then at a certain point I saw there was a dualism between art and anthropology, a dualism between the painting practice and the time-based practice and so I developed installations as a reconciliation of those two poles.’

'The human voice is the most wonderful vehicle'

Some of you work draws upon people’s descriptions of experiencing certain phenomena, what interests you about the unexplained?
‘The sorts of phenomena that I’m interested in are all visual. I tend to lump these things together: people who see UFOs, vapours or auras – I call them contemporary visionary experiences. There is enormous human history of people having these sorts of experiences. I’m interested in notions of the unconscious rather than the paranormal although the two things are closely related. You can say, “I’m driving along a lonely road and I saw lights in the sky,” and everyone says “Oh, yes, you were in a kind of hypnotic state.” But what does that mean? It’s means you have another form of perception. For example in “Belshazzar’s Feast”, if you look at it long enough it will put you into one of these states. I wanted to show something that I’d learned from some newspaper articles in the 1980s about people who were seeing things on their TV screens after broadcasting had finished. The newspapers just ridiculed it. No one said the human imagination is triggered by moving particles of light, that’s why people used to like sitting in front of their fire. Television is a vehicle for revelry.’

Do you think that viewpoint has changed since you started making work?
‘I think we need a different view of the world and of reality and if that has shifted I’m not aware of it because the more TV programmes there are about vampires and teenage girls who are really witches, the farther we get from trying to understand because that just pushes it into an area of otherness and it means the obsession is growing.’

Would you say you are creating the materiality of the immaterial?
‘It’s funny you say that because although I was part of the so called conceptual movement although it wasn’t a movement at the time, I was said that I had a materials based practice because I never start with an idea I start with a thing. Even with the canvas and stretching it is something it’s not a nothing. Yes materials interest me and making things interests me and engaging people interests me so what I took from installations is this idea of sort of making work with a place for the viewer. Everybody knows the viewer completes the work, I try to make a situation where that has to happen or else nothing happens.’

As well as working with visual phenomenon, you’ve worked consistently with audio too; ‘Resounding’, in which people describe their experiences of unexplained visual phenomena, is a good example.
‘Yes, because the human voice is the most wonderful vehicle for creating all sorts of levels of meaning and feeling. The voice is physical. It touches you physically in your ear. That’s why when you talk to someone it’s very intimate and when you’re hearing voices it’s a very physical experience, which is different to looking at something. In “Resounding”, the voices are of people trying to tell us in words what they saw but it’s like trying to tell someone a dream, you know what a gap there is between the wonder of the dream and the boring description of it.’

Quite a few of your works feature postcards. How did you first start to collect them?
‘When I first came to England, my husband David liked to show me round. One of the things we both enjoyed were seaside resorts in dreary English weather. It’s a typical “negative” pleasure. Once, there was a particular place I wanted to go to because I thought it had such a wonderful name, it was Weston-Super-Mare. In a sweet shop I saw a postcard that said “Rough Sea, Weston-Super-Mare”. I thought: that’s a very interesting description, so I bought a couple of them and then when we went to Brighton I found “Rough Sea, Brighton” – and then we endlessly discovered them everywhere.'

Why did you end up settling in the UK?
‘I got married. I was in love, it was romantic. We came to England in late 1966, it was so great to be here. It was inspiring and we decided to stay and we never left.’

There is a piece in the show that is a homage to Joseph Beuys, who you met at the ICA in 1974?
‘Something like that, whenever he came and did his blackboard thing. My homages are both celebratory and critical. In this exhibition there are three: one to Gertrude Stein, one to Beuys and one to Marcel Duchamp. I was interested in artists and writers who borrowed elements of the occult in their work. So with Beuys it was shamanism, Stein it was automatic writing and Duchamp it was auras.’

'My homages are both celebratory and critical'

There is something extraordinary about the scale of the three aura works, almost phenomenal phenomena.
‘I think these pictures have something to do with our dissolving into particles of a certain kind. I like the auras, the colours, the sense of the human being with more of a blurring outline as if merging into the whole world instead of being defined and contained.’