The next few months offer a glorious mix of awards fare, blockbusters and spooky horrors, plus a film in which Gerard Butler storms about on a submarine. There’s something for everyone, and two things for fans of fast up-and-coming Londoner Cynthia Erivo, who stars in ‘Widows’ and ‘Bad Times at the El Royale’.

1. ‘A Star Is Born’ Oct 3
The fourth ‘A Star Is Born’ in movie history, this one has Bradley Cooper writing, directing and co-starring alongside one Stefani Germanotta. Yep, Lady Gaga playing a country musician heading for the big league. Is a new movie star about to be born?

2. ‘Johnny English Strikes Again’ Oct 5
With the next Bond movie still two years away, we’ve only got Rowan Atkinson’s doofus agent Johnny English standing between us and catastrophe. Recent events in Salisbury have raised the bar for what constitutes stupid in the world of espionage. Can he rise to the challenge?

3. ‘Bad Times at the El Royale’ Oct 12
With its Tarantino vibe and mysterious plot, this hotel-based thriller should pique your interest. It has a knockout cast (Chris Hemsworth, Jeff Bridges, Cynthia Erivo, Dakota Johnson) and writer-director Drew Goddard has a pedigree. Check in next month.

Eddie Redmayne and Dan Fogler in ‘Fantastic Beasts: The Crimes of Grindelwald’

4. ‘First Man’ Oct 12
Ryan Gosling is getting Oscar buzz for his turn as moon-conqueror Neil Armstrong in this reunion with ‘La La Land’ director Damien Chazelle, but also look out for Claire Foy as Armstrong’s wife Janet. Expect ‘Gravity’-like thrills; tears too, as the couple try to cope with their daughter’s death.

6. ‘Hunter Killer’ Oct 19
Imagine if ‘Crimson Tide’ and ‘The Hunt for Red October’ met up and got stagger-about drunk. It might look something like this Gerard Butler movie about a sub captain trying to avert nuclear war. Likely to be rubbish – in the best way.

7. ‘VS.’ Oct 19
Southend’s answer to ‘8 Mile’, this rap battle drama introduces new talent Connor Swindells as an angry young man drifting from one foster home to another. The disses come fast and furious as he faces off against rival rappers Slaughter, Miss-Quotes
and Blaze.

8. ‘Bohemian Rhapsody’ Oct 24
Long and troubled in the making, this Queen origin story could just silence the doubters. American actor Rami Malek is bold casting as Freddie Mercury but judging by the trailers, he’s nailed Mercury’s charisma on stage and hedonism off it – not to mention those gnashers.

9. ‘Possum’ Oct 26
This icky Brit horror comes courtesy of director Matthew Holness, co-creator of ‘Garth Marenghi’s Darkplace’. With Sean Harris playing a puppeteer troubled by a human arachnid, it’s likely to be even scarier than Marenghi’s ‘The Creeping Moss from the Shores of Shuggoth’.

10. ‘Juliet, Naked’ Nov 2
If you still miss Nora Ephron, this romcom adapted from a Nick Hornby novel should channel her spirit for you. Ethan Hawke plays a fading rock idol and Rose Byrne is the woman who meets him online. The hitch? She’s married to Chris O’Dowd’s superfan.

11. ‘The Nutcracker and the Four Realms’ Nov 2
It may sound like a Marvel movie about a time-travelling squirrel but this Disney yarn is actually loosely based on the Tchaikovsky ballet and sets Mackenzie Foy (‘Interstellar’) on a quest to unlock a magical box. Keira Knightley plays the Sugar Plum Fairy.

12. ‘Peterloo’ Nov 2
Mike Leigh gets political with this timely telling of the 1819 massacre of pro-democracy protesters in Manchester. It’s an epic, multi-stranded movie (Leigh’s biggest yet) and while it features household names like Maxine Peake and Rory Kinnear, the story is the real star.

13. ‘Widows’ Nov 6
Writer-director Steve McQueen has rounded up a posse of badass ladies for this thriller set in Detroit. With Viola Davis, Michelle Rodriguez, Cynthia Erivo and Elizabeth Debicki starring, put it on your must-see list.

14. ‘Fantastic Beasts: The Crimes of Grindelwald’ Nov 16
This one picks up where the first film left off: with evil wizard Gellert Grindelwald (Johnny Depp) in custody. But guess what? He’s escaped. A young Dumbledore (Jude Law) and Newt Scamander (Eddie Redmayne) team up to nab him before he wizards up some kind of apocalypse.

15. ‘Suspiria’ Nov 16
Dario Argento’s 1977 original is a classic but director Luca Guadagnino (‘Call Me by Your Name’) brings something weird and wonderful to his new take on this occult horror. He’s got Thom Yorke doing the soundtrack too, which is excellent. 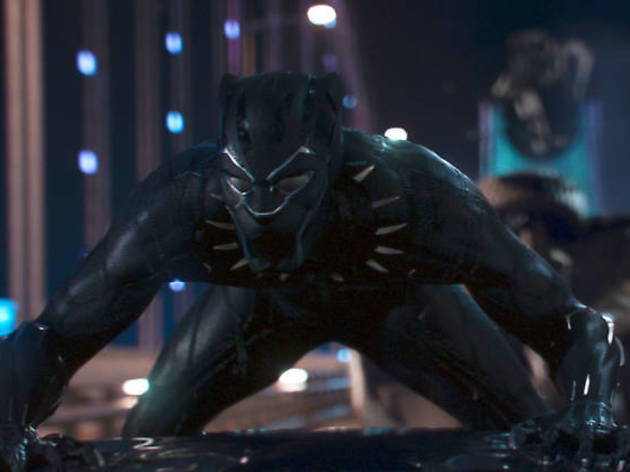