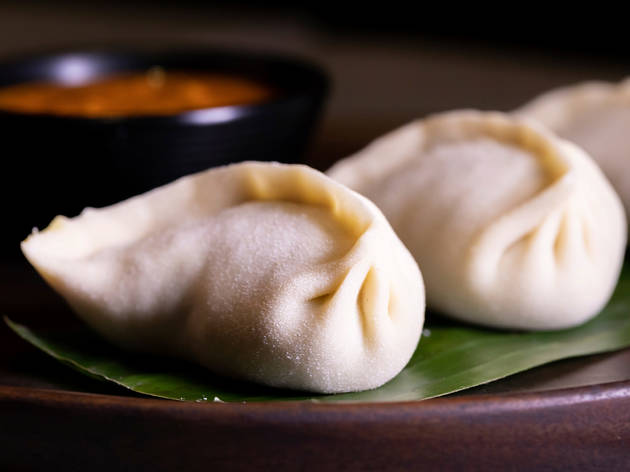 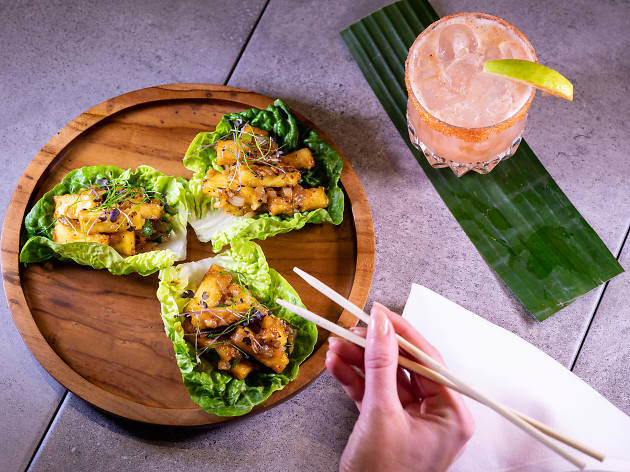 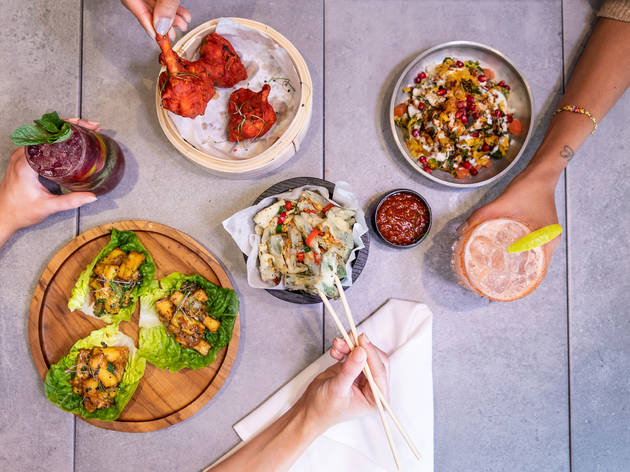 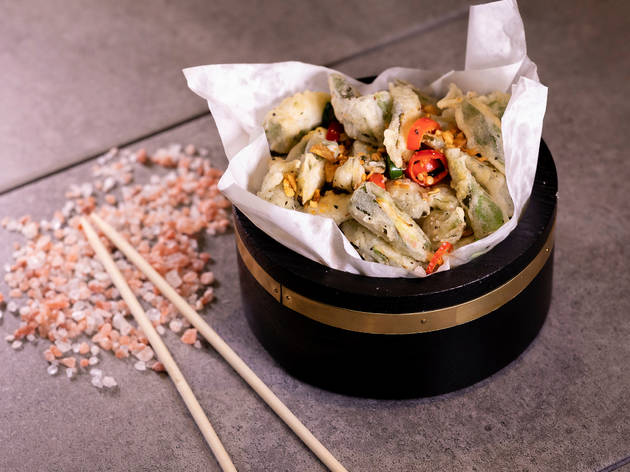 An Indo-Chinese restaurant in Soho.

If there’s one thing this slip of a Soho spot is not, it’s boring. And not just because it has an is-it-cool-or-is-it-cringe name. Let’s deal with that first: I’m sure it’s distracting you. Fatt Pundit, so their website tells us, is the ‘playful’ fusion of words from two different countries: one being the Chinese surname ‘Fatt’, the other, pundit, the Indian word for a scholar. Whether you love it or loathe it (me: thumbs down), the name does at least give you a sense of what kind of food to expect: namely, Indo-Chinese. Or, more specifically, the ‘hakka’ cooking of migrants to India originally from southern China.

The flavours, in essence, take a Cantonese base, then crank up the intensity and heat. Case in point: the paneer lettuce cups. Paneer – India’s beloved squidgy cheese – is not the easiest thing to turn into something memorable, but FP’s treatment of it is as good as it gets. Cut into Jenga-shaped lozenges, the insides were soft, the outsides firm and bouncy. They had been draped in a glossy, peppery glaze, which was mellow with garlic and spring onion, but had an unapologetic pow-pow of chilli. You can go ahead and kid yourself that, being veggie, this is a healthy option, but really, it’s drinking food.

There were other brilliant bites. Like the ‘Bombay chilly prawns’: a stack of chubby shell-off crustaceans, their edges lightly crunchy, their centres joyously springy, in a slick of a sauce singing with the umami notes of soy. Plus the occasional textural ‘Hi, don’t forget about us, please’ from rough-cut, just-bitter-enough green peppers, or their sweet red cousins. And so it went on. Szechuan egg-fried rice was a version full of depth, colour and fire: tiny morsels of diced carrot and silky scrambled egg all tumbled in with the seeds of chilli, for a deep, low-tide wave of recurring heat. Or a trio of momo (the signature steamed dumplings), each one hiding a small ginger-laced meatball inside its thick pastry. At just £5 a plate, these are a steal.

Also good: a bowl of rabbit wontons, their insides dense and juicy. The only issue? They’d been slathered in an intense black bean sauce, all salt and vibrant heat and smoked garlic, which though delicious, completely scuppered any chance of the meat’s delicate flavour making an appearance.

There were a few other niggles, too, like strips of venison leaning on the chewy side of the fence. Or the fact that the sweet-natured, well-meaning staff, in spite of promising to bring no more than three plates at a time, brought the whole shebang at once (though couldn’t have been more apologetic when they realised their mistake, whisking extras away and returning fresh ones later).

Interiors were a slick echo of the fusion menu. A canvas of semi-industrial Soho (metal tabletops, dark wood floors, designer lighting), lifted by cheerful accents (a deep turquoise grate ‘wall’; side-laid red bricks set into the floor along the counter). Only the music (monotone trance beats: just no) needs to change. Not that anyone seemed to care: FP has already become a popular hangout. I can see why.