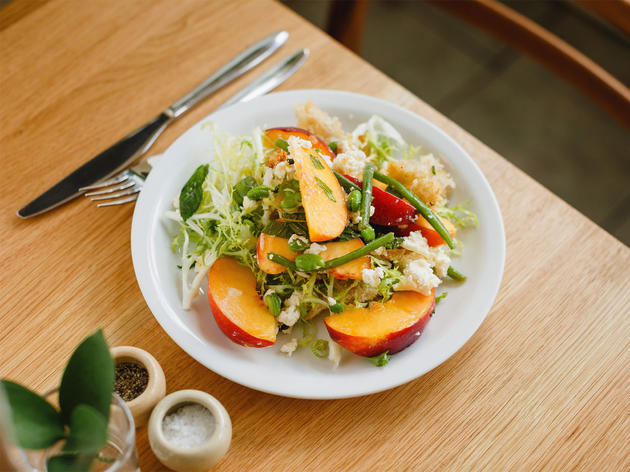 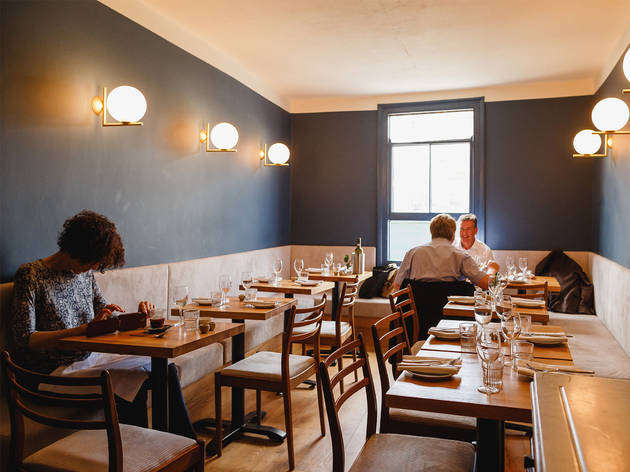 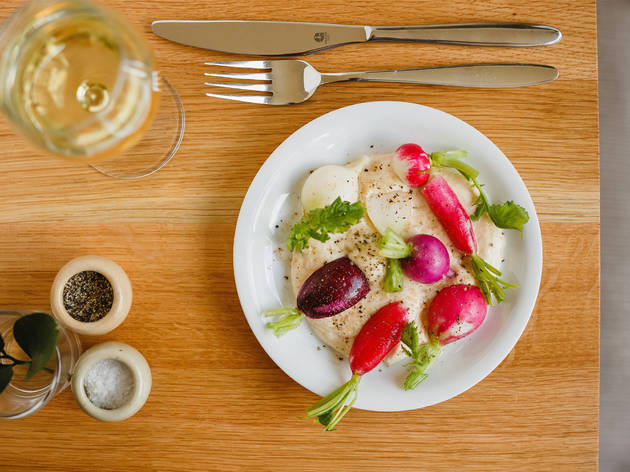 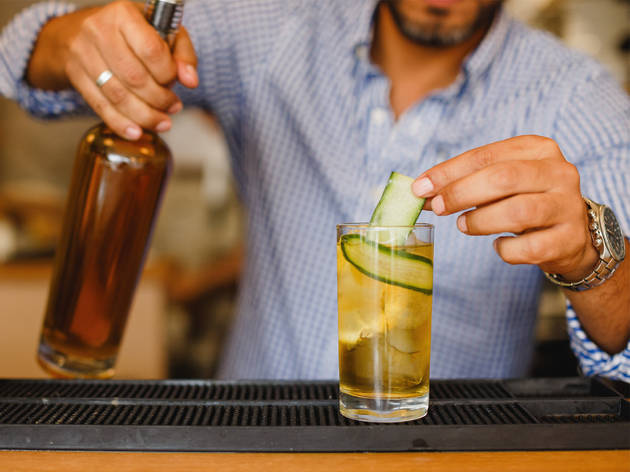 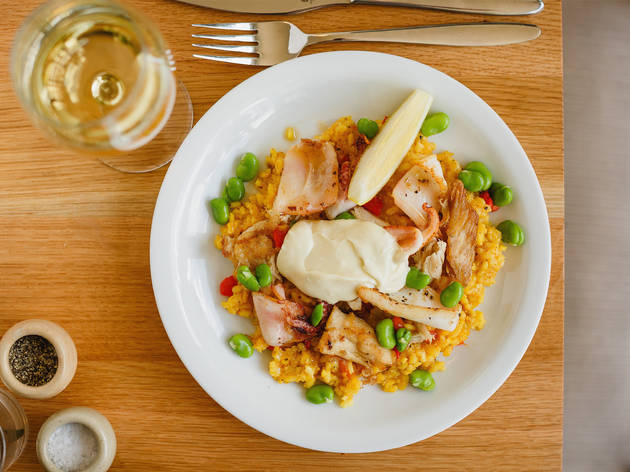 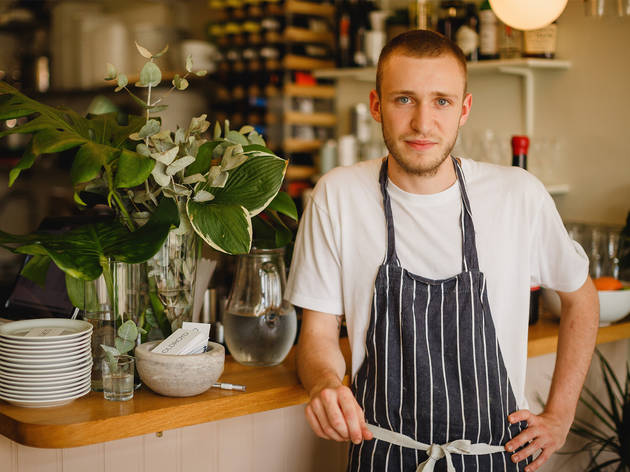 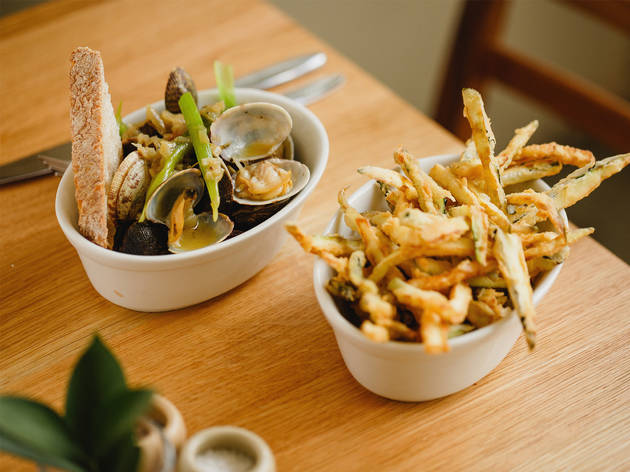 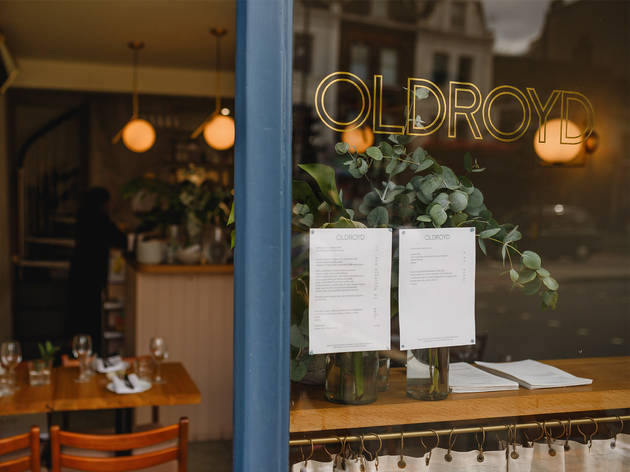 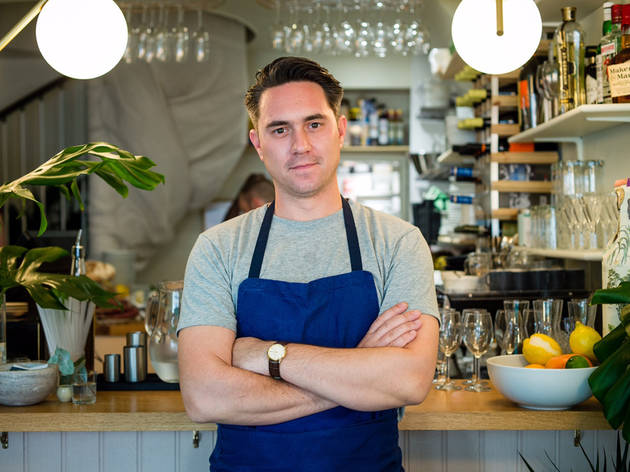 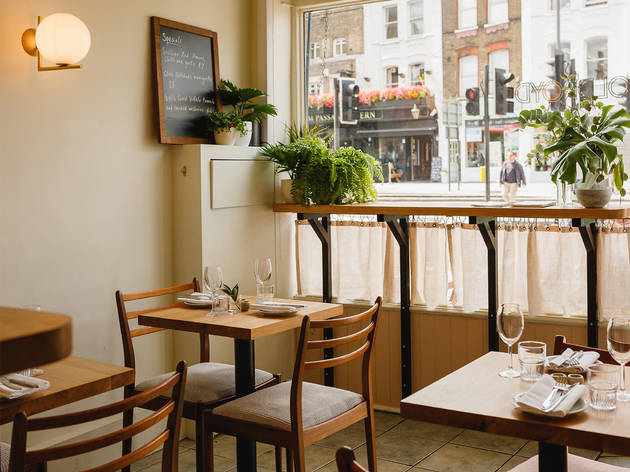 A new restaurant from Tom Oldroyd, formerly Chef Director for the Polpo group.

Hands up if you haven’t heard of Polpo. Didn’t think so. This wildly successful group played a starring role in popularising small plates when it opened in 2009, inspired by Venetian cooking. Now it has six branches and three offshoots under different names.

Tom Oldroyd was a chef-director at Polpo from the beginning. When he opens the first restaurant under his own banner, you know it’s probably going to be worth a visit. Now that I’ve been there, I would say it’s worth two visits so you (and a couple of pals) can eat everything on the brief menu.

The menu isn’t the only diminutive object at Oldroyd, which is located a couple of minutes away from Camden Passage market. It’s a dinky place (40 covers), with space downstairs for just a few tables and a kitchen that’s smaller than many a domestic kitchen.

If you’ve eaten at Polpo, you won’t be surprised by the high-impact flavourings and combinations. But here the menu draws on France and Spain as well as Italy. A lively take on panzanella (Tuscan bread salad) brought fresh curd, broad beans and a perfect peach into the picture. And more conventional dishes were no less dazzling. Radishes with smoked cod’s roe made a stunning nibble (£4). Best of all was deeply flavourful paella of squid, rabbit and broad beans, at £11 the most expensive dish we ate.

Wine prices on the (dinky) wine list start at £22. Cheese is the priciest pud, at £7. The brunch menu ranges from £7 to £9, and heavenly iced tea is £3 per glass – plus a top-up jug when that’s finished. This is all by way of saying that Oldroyd does not gouge his customers.

One serious caveat is needed about the upstairs room, which is easy enough on the eye, with its walls painted in Stiffkey Blue, manufactured by the ubiquitous Farrow & Ball, but extremely narrow. People facing the side walls will feel the presence of the passing waiters, and their chair might bump that of the person sitting behind them. The corner tables towards the back may also make you feel squeezed. On a Saturday lunch not long after opening, these were not desperate problems. As the place gets busier, be prepared. And you can be sure that Oldroyd is going to get busier, because it’s one of the best new openings of the year.