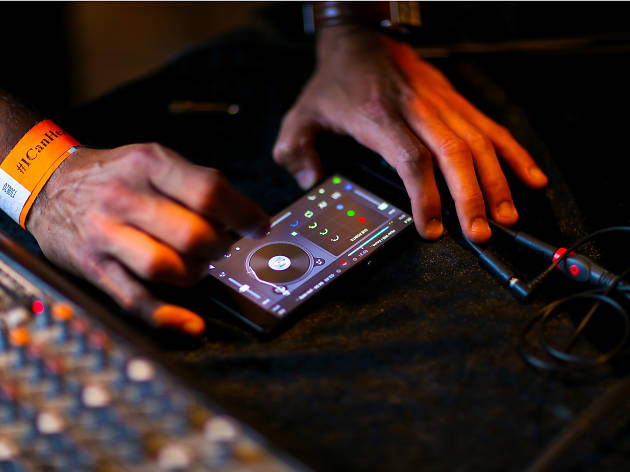 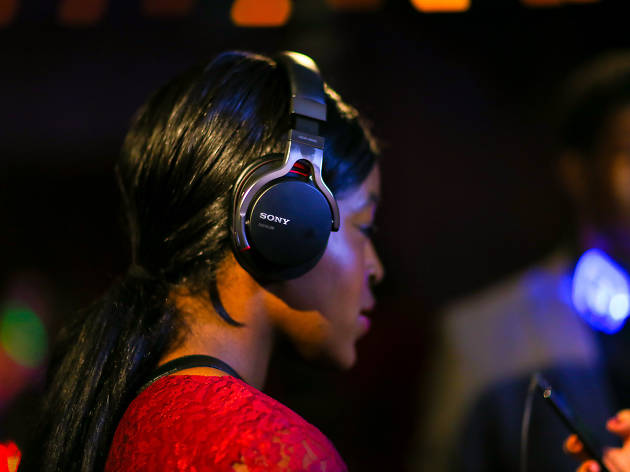 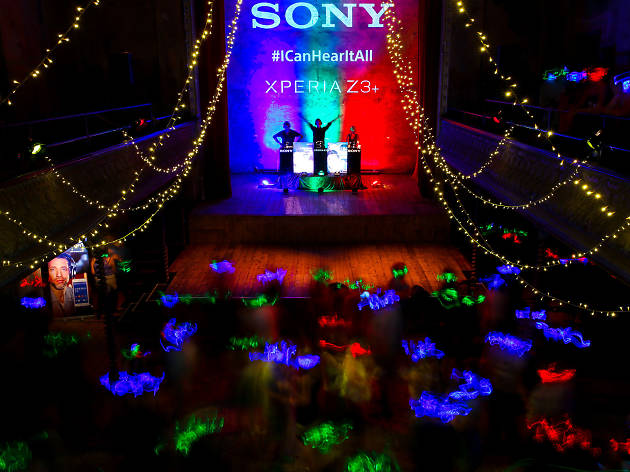 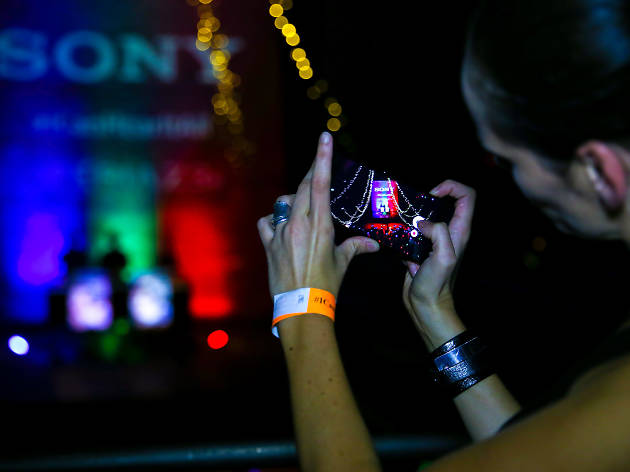 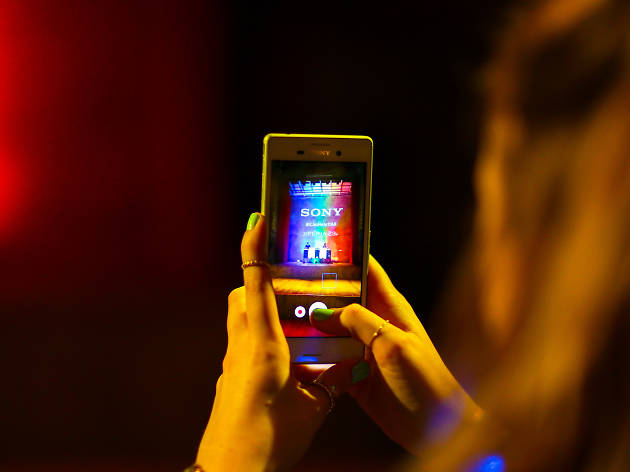 Thanks to all you Time Out readers who joined us for a night of great sounds at Wilton’s Music Hall in east London. The event was part of our Sony #ICan series in which we’re marking the high-performance key features of the Xperia Z3 Series from Sony with lots of events to show how everyday experiences can be enhanced like never before.

Time Out hits the dancefloor

Our DJ team are in position, armed with Sony Xperia Z3 phones instead of decks. That’s right, the whole night ran on Xperia devices. Time Out invited readers to join us for a special night where guests could choose to dance to tracks played by three different DJs, simply by switching to the red, blue or green channels on their headphones. It was great fun seeing the mass of dancers and trying to work out who was moving to R&B, ’80s pop classics and indie anthems – all on the same dancefloor at the same time!

As part of the evening, Sony gave everyone the chance to experience the superior Hi-Res Audio performance of the Xperia Z3 using compatible headphones at special listening booths.

Our guest blogger for the silent disco was The Everyday Man, aka  writer John Robertson, who blogs about everything from fashion and fitness to tech, music and sport. Here are his thoughts on the event.

‘It has only taken me to the grand old age of 30 (eek!) but last Tuesday I headed along to my first ever silent disco.  As I turned up at the beautiful Wilton’s Music Hall in east London I wasn't really sure how things were going to pan out. However, my preconceived conclusion that it was going to be a bit lame could not have been further from the truth.

‘The special one-off event had been put on by Sony and Time Out to launch the new Sony Xperia Z3 smartphone. If you have been following me on social media you may remember that I have been testing out its features over the past month.  One of the best things about the phone is the impressive Hi-Res Audio system, so what better way to demonstrate it than with the massive musicfest that is the Time Out Silent Disco.

‘A few songs in, I realised that the three DJs on the stage had no decks and they were actually using the Xperia Z3 to provide the tunes, a choice of red, green or blue sounds depending on your mood. Initially I found it a little bit awkward, with people all dancing around to different rhythms, but as the night progressed and the dancefloor grew ever more busy, things just got a whole lot more fun.

‘Who hasn't been on a night out with a group of friends who all have different tastes in music and want to go to different bars or clubs? I know I have. Well, in the land of Silent Disco you can all party in the same venue, and the choice of three different tracks means you can generally always find something you like, be it cheesy 80's vibes, rock or sensual soul.  Be warned though, as soon as you take the headphones off, your ears will bleed with the sounds of three different songs being murdered by the high-on-life crowd!

‘The moral of the story is to just go with it and have fun. A little bit of cheesy music and a laugh can do wonders for your mood on a midweek summer night!’ 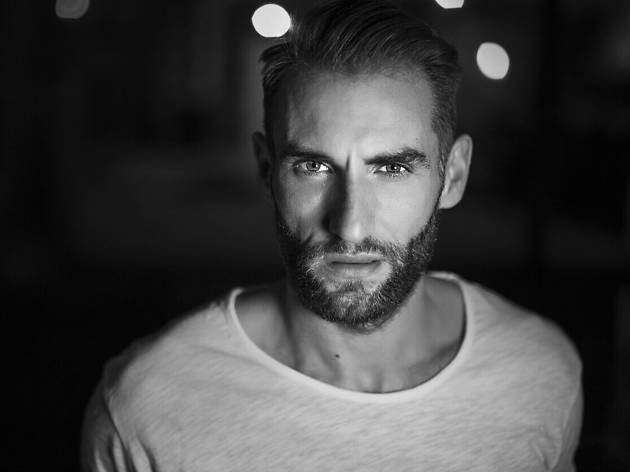 As The Everyday Man, John Robertson writes on everything from fashion and fitness to tech, music and sport. We asked him to use the Xperia Z3+ with a pair of Sony MDR-10RC headphones for work and pleasure. Here’s what he thinks. 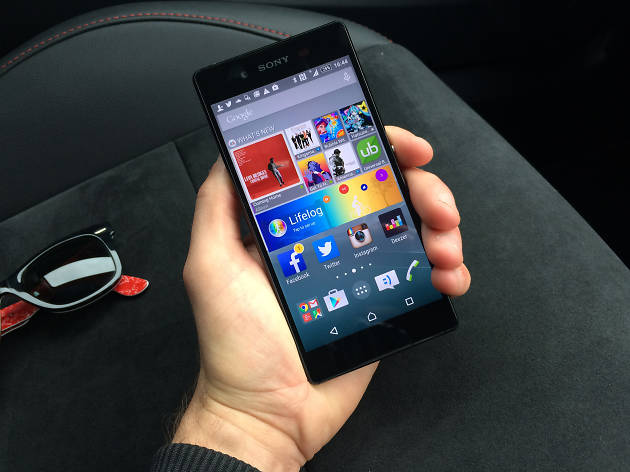 The first thing that I noticed about this phone was its size. It is a big handset, but that brings with it the benefits of a really sharp HD display screen, which I loved. 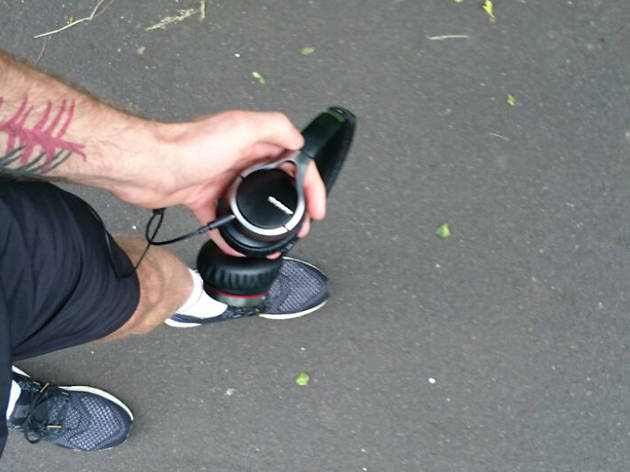 The phones in our pockets have now replaced the need for MP3 players and digital cameras, too. Size aside, the Z3+ is still really lightweight, and thinner than my previous handset. 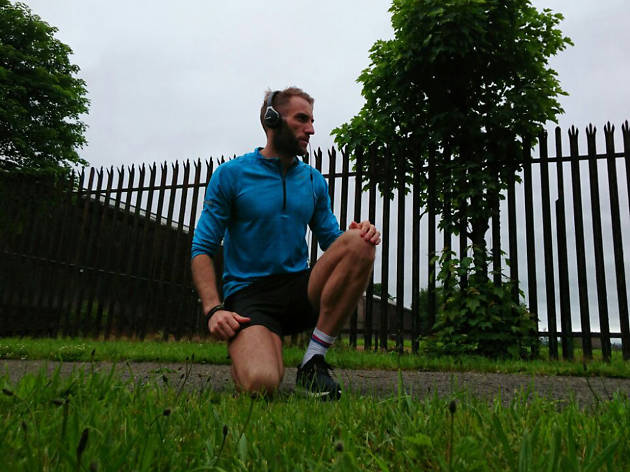 I like to vary what I’m listening to and this morning I took Chic and Nile Rogers running with me. After seeing them at Hyde Park last week I have become quite the fan. 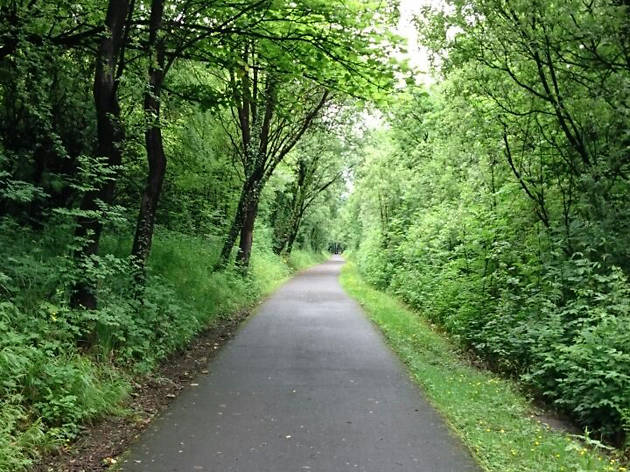 Midway through my run I decided to see what the 20.7 megapixel camera can do and I was pretty impressed. I snapped a few shots of my surroundings and couldn’t resist a couple of selfies!

I can hear things others can’t... 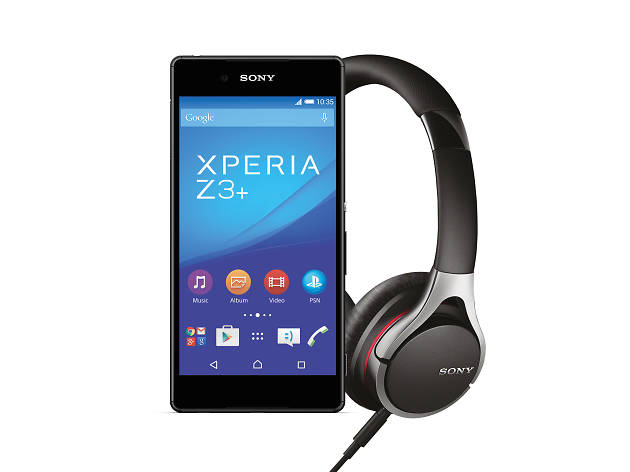 Drawing on Sony’s rich audio expertise, the Xperia™ Z3+ boasts Hi-Res Audio support, so when you listen to your favourite songs through compatible headphones, you can hear the music as the artist intended.