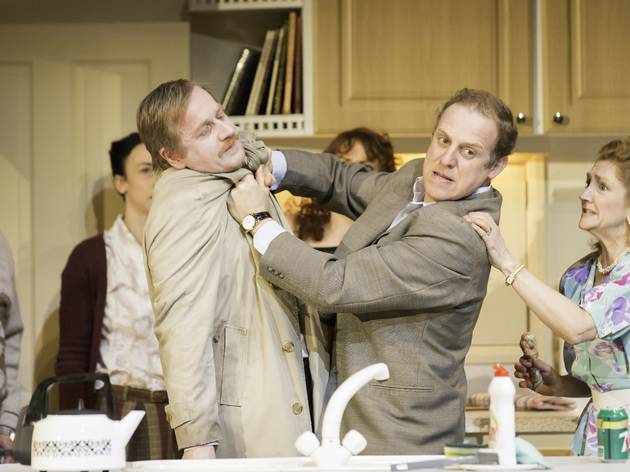 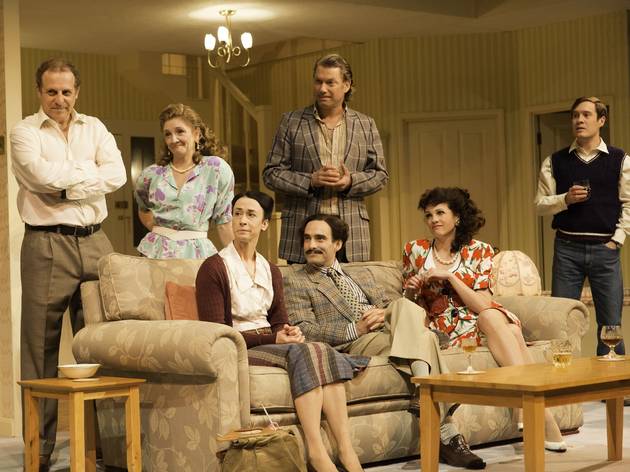 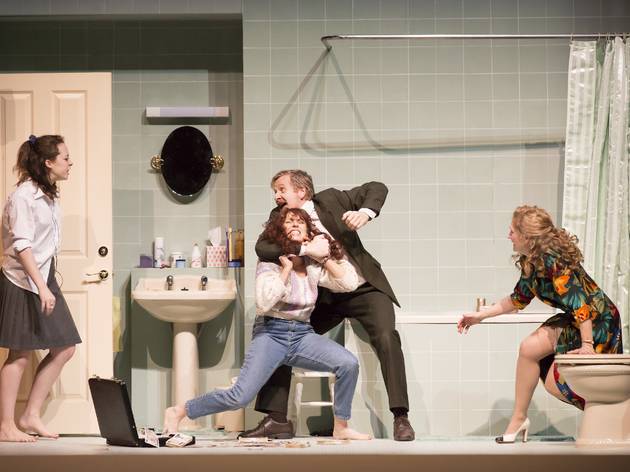 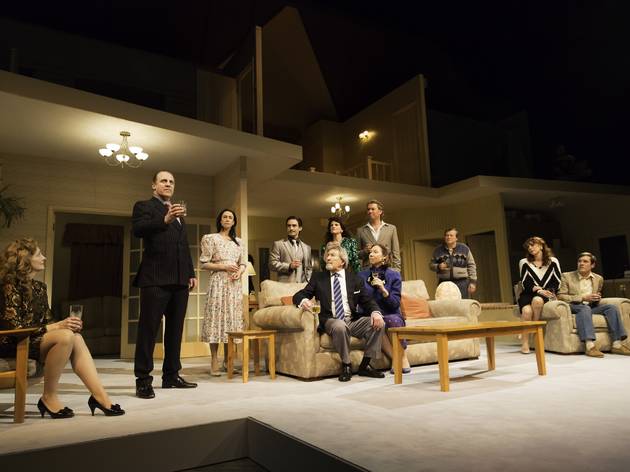 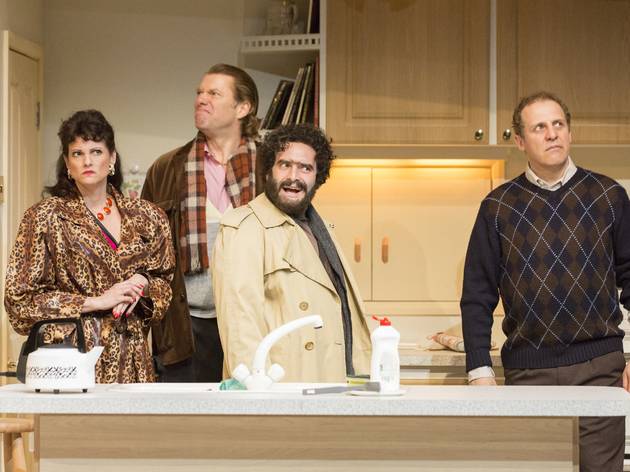 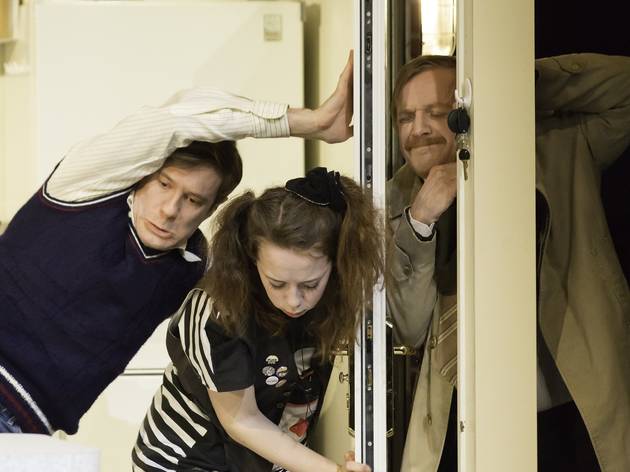 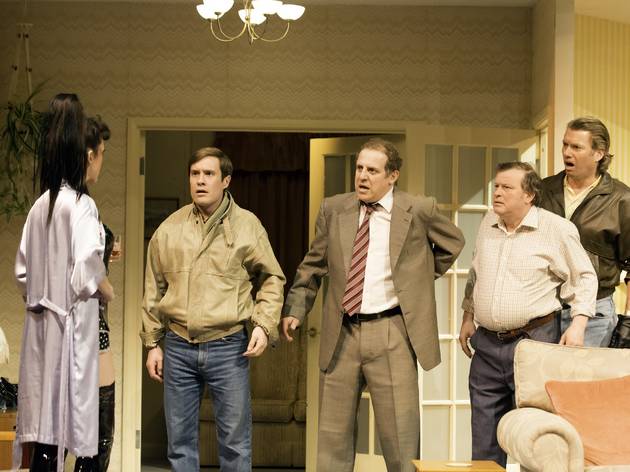 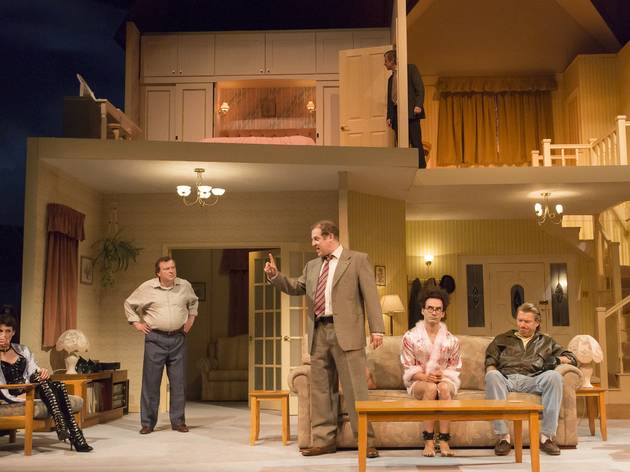 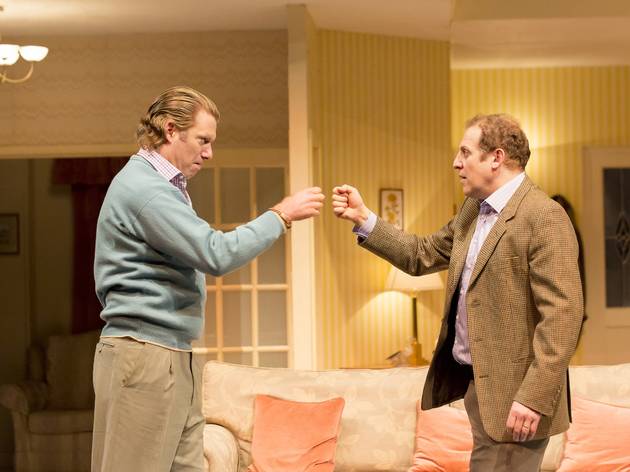 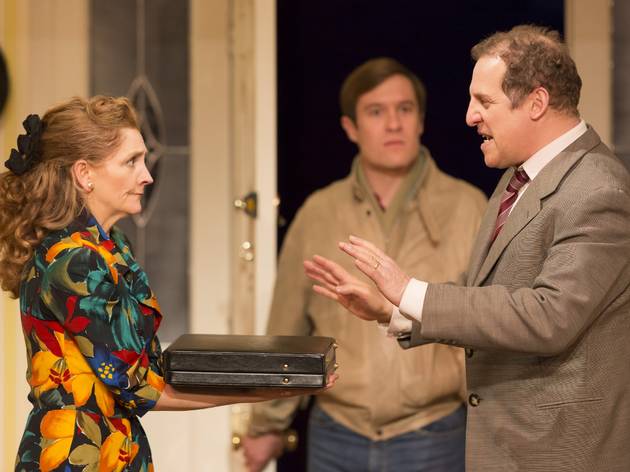 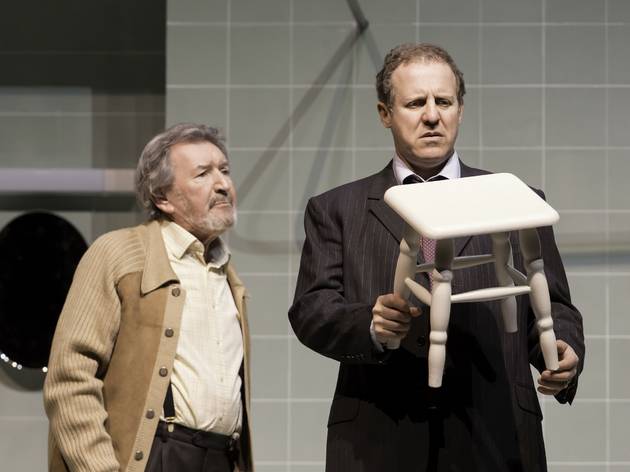 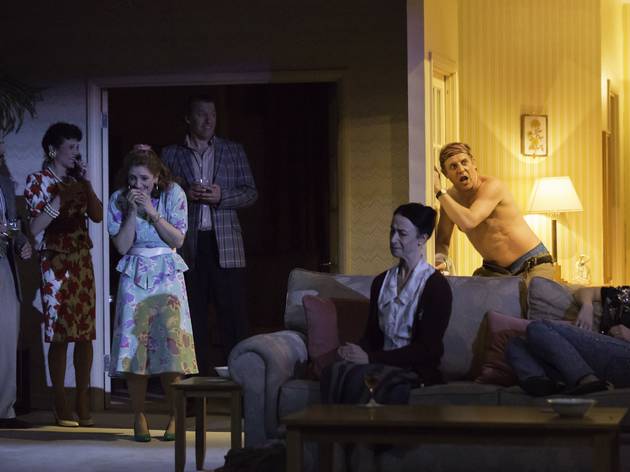 Alan Ayckbourn has probably written more plays in his lifetime than most people have seen in theirs (seriously, he’s written 78). But ‘A Small Family Business’ is oft cited as one of his very best, a semi-farcical family drama that serves as a quietly devastating metaphor for the ravages of Thatcherite capitalism, as decent businessman Jack finds his scruples eroded by his spectacularly venal family.

Adam Penford has essentially elected to present ‘A Small Family Business’ as a period piece as it returns to the stage on which it premiered in 1987. That’s a bit of a shame, I can’t help but think. With the greed-is-good attitude that Ayckbourn first gently, then aggressively skewers now the abiding mantra in our society, there’s no reason why ‘ASFB’ should be so distractingly mired in the ’80s, with its colossal shoulder pads and ghoulishly bland interiors. It often feels like period silliness is obfuscating social commentary.

What Penford’s production has going for it is a rock-solid middle-aged cast. Nigel Lindsay is big, charismatic and human as Jack, the honest businessman who finds himself caught up in an exasperating web of intrigue after he takes over Ayres & Graces, the titular family furniture business. Niky Wardley very nearly steals the show as his blithely horrendous sister-in-law Anita. And Matthew Cottle is skin-crawlingly creepy as private investigator Benedict Hough, the uncomfortable physical manifestation of Jack’s moral slippage.

It’s pleasurable, in the sense that lines and performances frequently make you smile, and the action escalates with satisfying precision. And it doesn’t need to feel brutally satirical to have some heft, opening as it did on the eve of Maria Miller’s resignation.
But Penford’s leisurely production is rarely laugh-out-loud funny, and far meeker than it could be, with its gratifyingly savage dénouement rather weakly set up. As it makes its homecoming, ‘A Small Family Business’ feels less a still-potent classic, more affirmation of Ayckbourn’s reputation as the master of thoughful MOR.