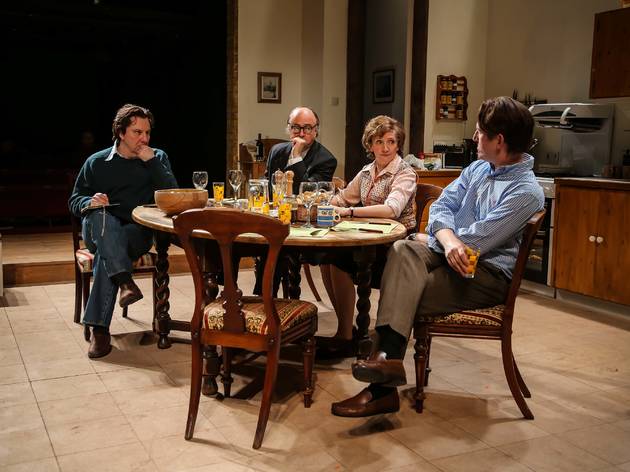 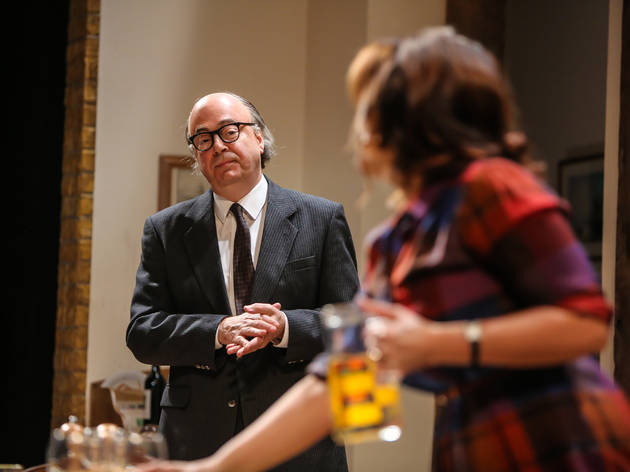 Steve Waters is a fine and talented playwright, and it's definitely unfair to start this review with a simile comparing his new play to the current leader of Her Majesty's Opposition. Nonetheless: there are moments when 'Limehouse' feels a bit like Jeremy Corbyn droning away at PMQs, steadfastly refusing to take a shot at the open goal left for him.

'Limehouse' offers up a fictionalised version of the 1981 meeting that led four senior Labour moderates - Bill Rodgers, Shirley Williams, Roy Jenkins and David Owen, the so-called Gang of Four - to abandon the party due to its drift to leftwing militancy under Michael Foot. The resultant Limehouse Declaration – so called because it was concocted at Owen and his wife Debbie's gaff in the Docklands – declared the formation of the SDP, a moderate alternative to Labour that burned brilliantly for a while but had its momentum killed by the Falklands War, eventually finished off by Neil Kinnock's reformation of Labour.

Clearly there are a lot of good reasons to pay attention to this episode in the age of Corbyn, and it's not like Waters spares us the rueful parallels.

But ultimately it tells little of the story – it's not a historical study, more a character study. To this end director Polly Findlay has assembled a crack cast who animate these big beasts of another era superbly: Roger Allam is unrecognisable in his extraordinary transformation to the lisping, loquacious, balding Jenkins; Paul Chahidi wrings pathos out of affable, agonised Rodgers; Tom Goodman-Hill is fun as the brittle, egotistical Owen. The women don't fare quite as well: Debra Gillett is fine as a twinkly-eyed Williams, but she’s saddled with the play’s straightest character; Nathalie Armin does her best as Debbie, but it's a bit of an iffy part, an unflappable deus ex machina who descends any time her husband's waspishness threatens to tear the conspirators apart.

Politics geeks or those specifically interested in these four great personalities – perhaps because you remember them from back in the day – will love it. And there is smart, symbolic stuff here, about loyalty to party and Limehouse’s significance as Clement Attlee’s constituency. But the rise and fall of the SDP is such a great story that it’s hugely frustrating that’s it’s not actually told here.‘Limehouse’ is packed with characterisation and detail but low on events – I kind of pined for the version of this story told by the exciting political playwright James Graham, of ‘This House’ fame.

The sense it could have been more thrilling is compounded by Debbie’s fourth wall-breaking final monologue, which takes two spine-tingling minutes to cover the SDP’s failure and the possibility that history might soon be repeated – but perhaps with a different outcome.