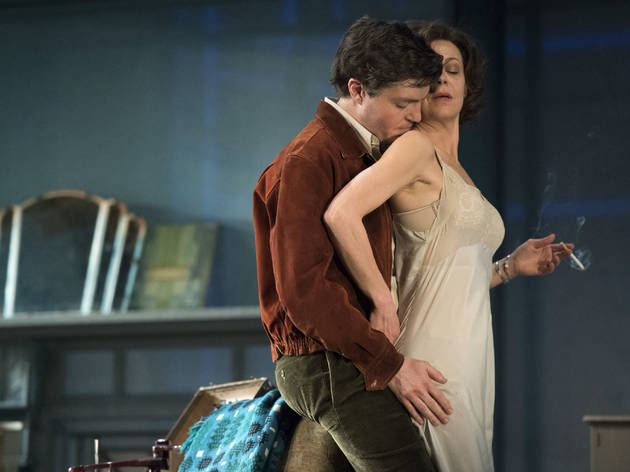 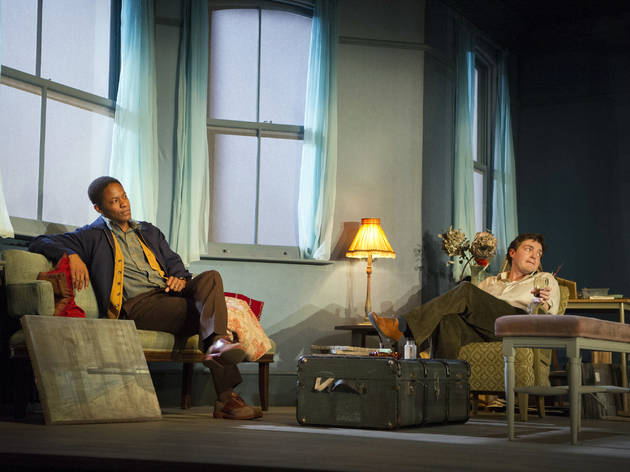 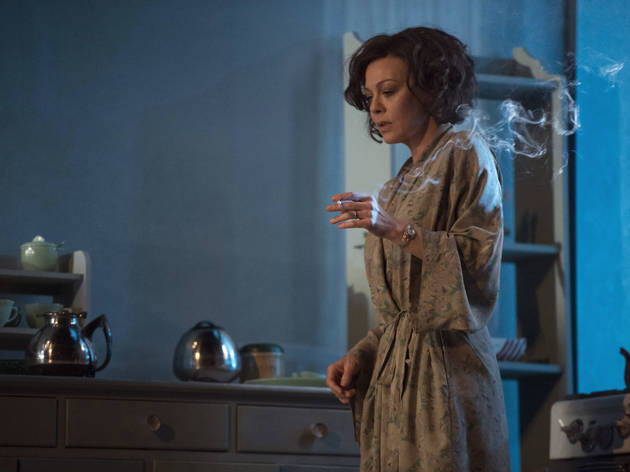 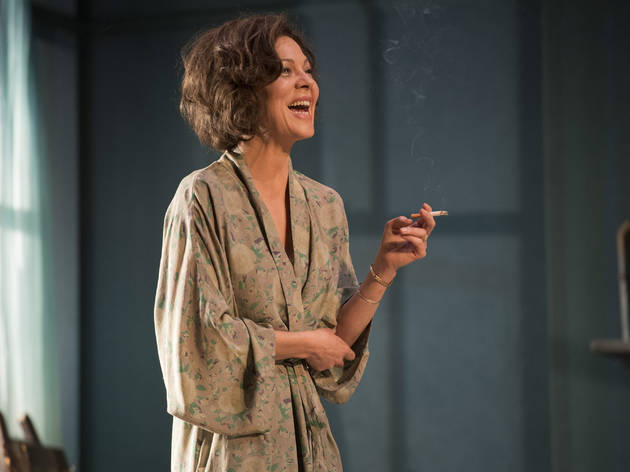 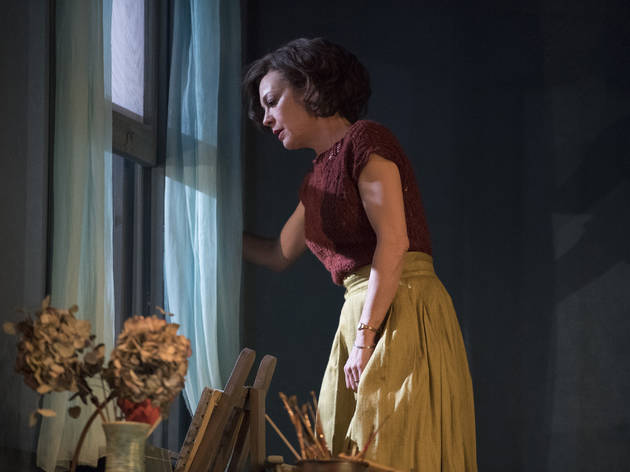 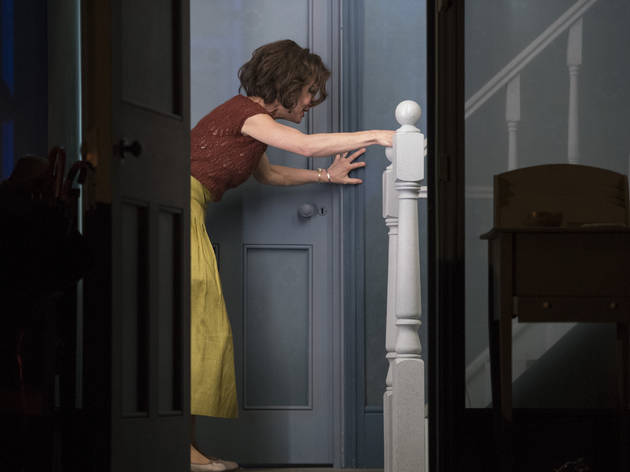 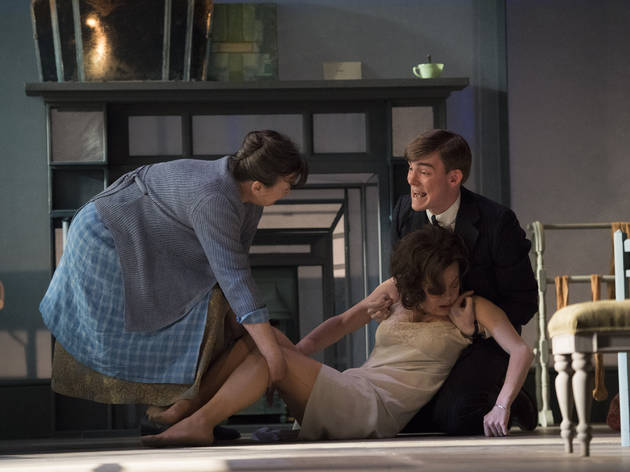 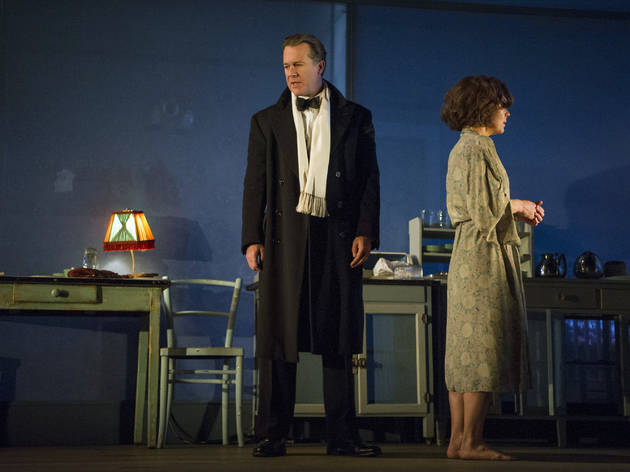 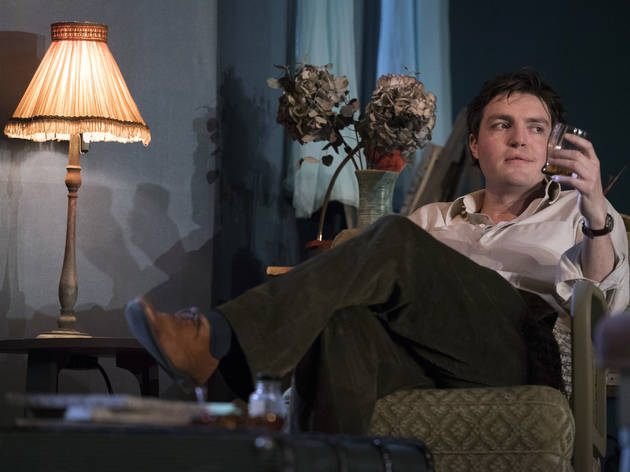 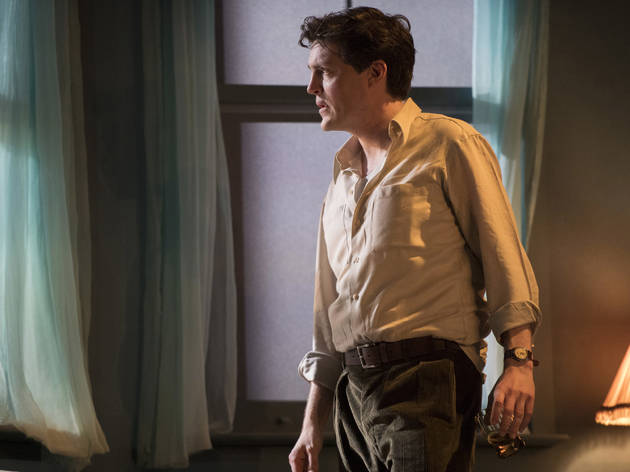 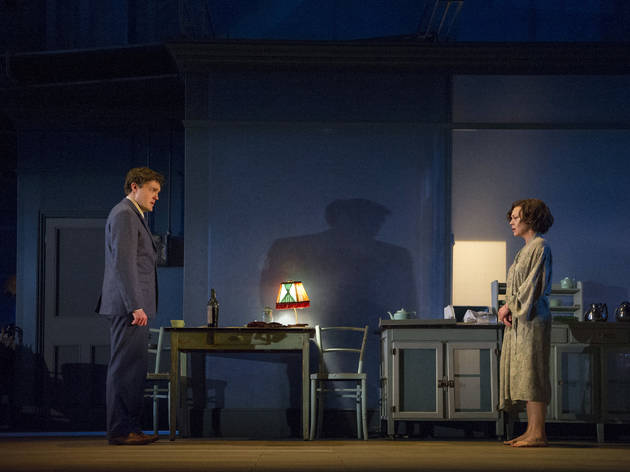 Terence Rattigan’s rehabilitation from ‘Noël Coward’s cheesy mate’ to ‘the English Chekhov’ started on the Lyttelton stage with the NT’s devastating, Cumberbatch-starring 2010 production of ‘After the Dance’. Now, almost 40 years after his death, Rattigan is in danger of being actually properly hip, as leftfield director Carrie Cracknell tackles his masterpiece ‘The Deep Blue Sea’, abetted by a phenomenal central performance from Helen McCrory as Hester Collyer, a woman who botches a suicide attempt and must decide what to do next.

Just because Rattigan was uncool doesn’t mean his most famous plays were ignored: the beautiful, melancholic, proto-feminist ‘The Deep Blue Sea’ never really left the repertoire. But the telling thing here is not that this is a radical production, but the mix of reverence and fresh life that hip young(ish) thing Cracknell has applied to it.

What is most striking about her performance is not her weakness but her strength, her almost fearsome calm and composure. Where Hester’s flash lover Freddie (Tom Burke) is a drunken, self-centred mess and her wealthy estranged husband William (Peter Sullivan) has a sweet lack of complexity, Hester is lucid, self-possessed and agonisingly self-aware. She knows that neither man is capable of satisfying her intellectually or emotionally, and she knows drab ‘50s England won’t offer her a third chance at love, leaving her clutching only at the straw of her lust for Freddie. She is entirely rational, a woman out of time, who believes there is nothing for her here. Suicide isn’t the easy way out – that would be accepting William’s plaintive offer to return to her old life. It is left to fellow outsider Mr Miller – an asexual German former doctor, played with a marvellous deadpan by Nick Fletcher – to try persuade her she may be wrong.

But is she? The play ends with the faintest glimmer of hope, but at the same time it doesn’t feel like Hester has ‘come to her senses’, just calmly put the question of her life and death to one side. But perhaps that’s Hester’s ultimate triumph: living or dying will be her decision.