‘The Night of the Iguana’ review 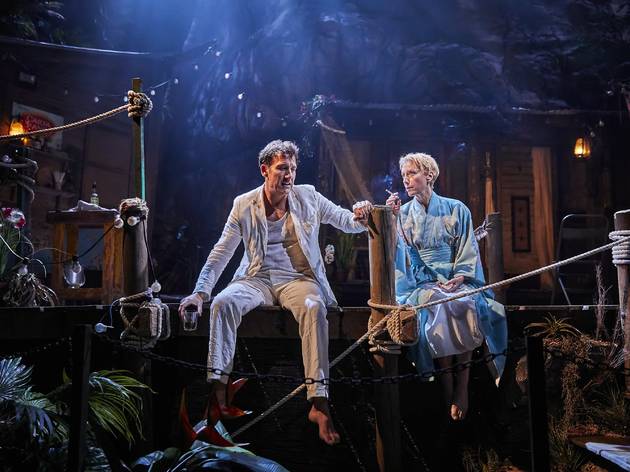 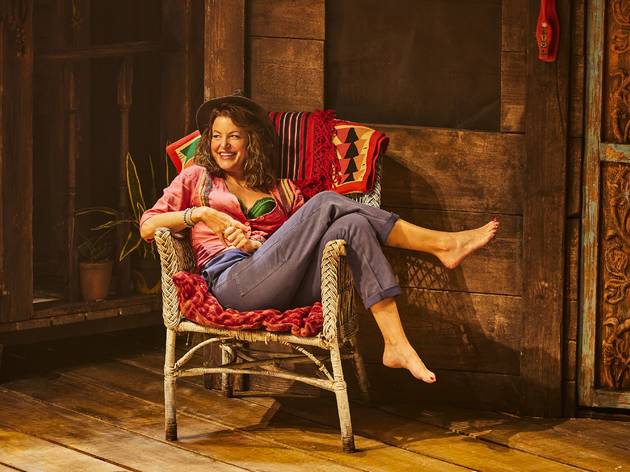 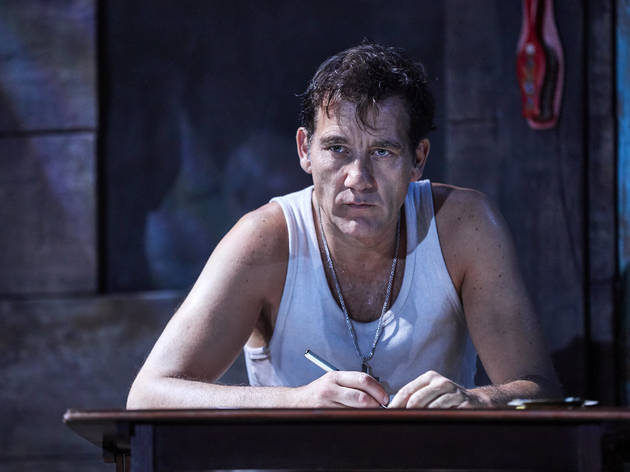 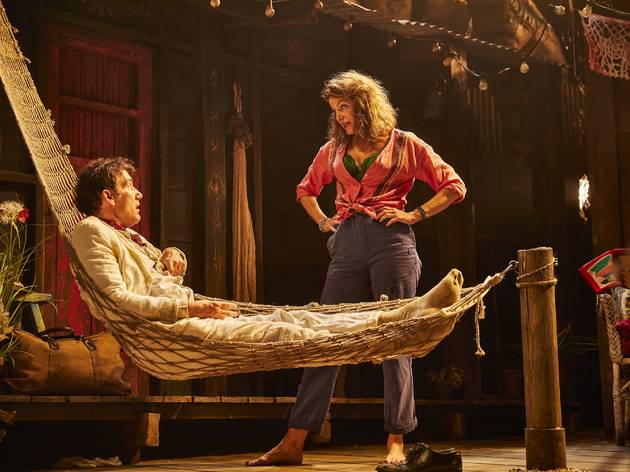 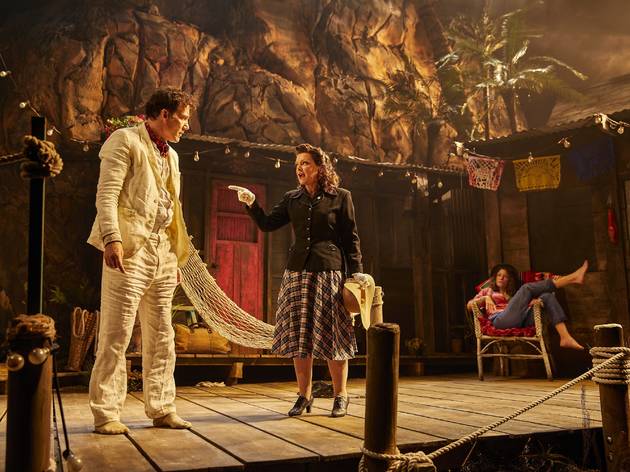 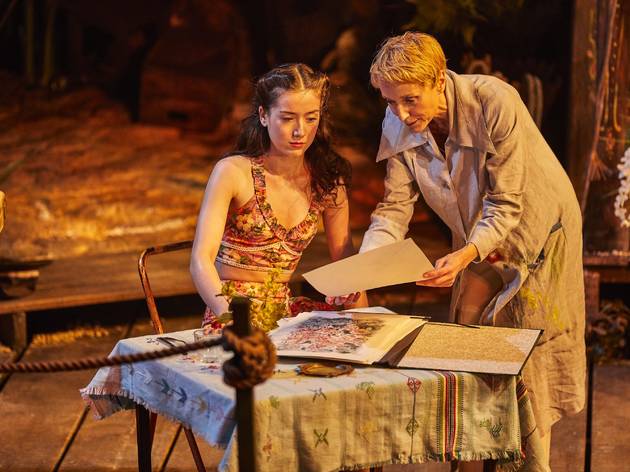 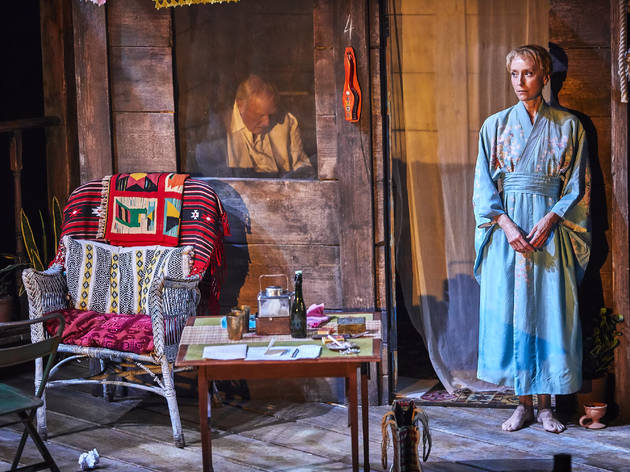 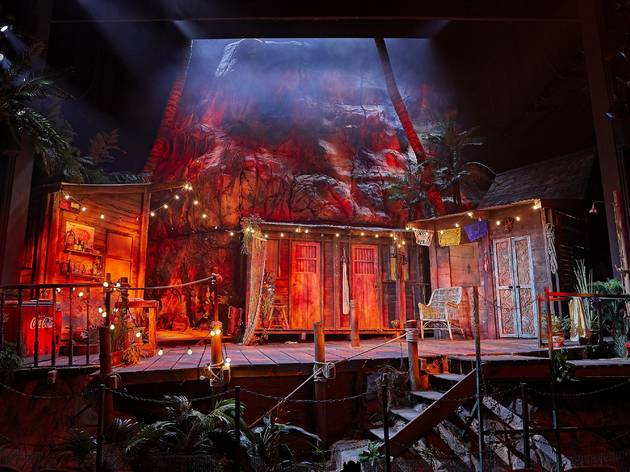 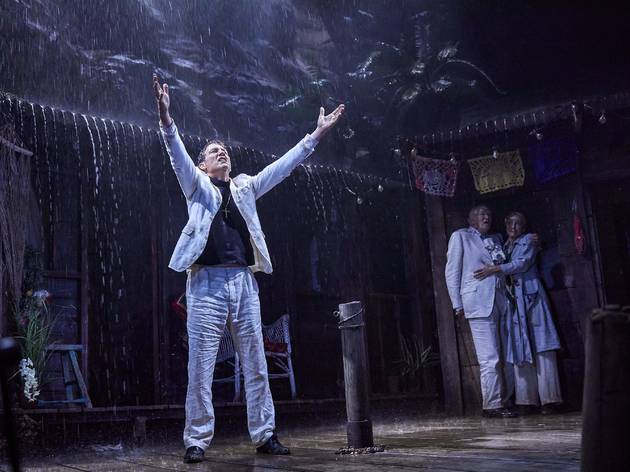 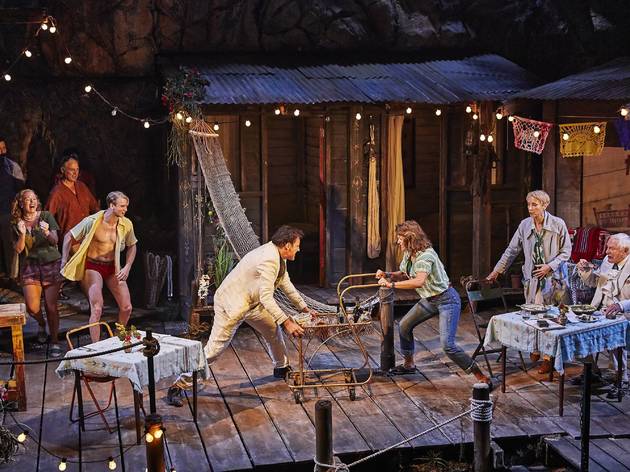 Tennessee Williams’s wild, cracked, frequently hilarious 1961 drama ‘The Night of the Iguana’ really doesn’t get staged all that often, at least not compared to the big ones. And for a good three-quarters of its hefty running time, James Macdonald’s Clive Owen-starring revival makes you wonder what the hell is wrong with people that this is the case.

It is ‘40s Mexico, and at a shabby coastal hotel – set on a vertiginous cliffside, stunningly rendered in Rae Smith’s towering set – there is a scene of utter chaos. Reverend Shannon (Owen), a fallen American priest and regular visitor, has returned after a couple of weeks away to discover that the hotel’s erstwhile owner – and his friend – has passed away, leaving the struggling business to his epically unbothered widow, Maxine (Anna Gunn).

Shannon has other things to worry about, though: he’s struggling with his sanity, and has just ditched the coach party of prim American ladies he’s supposed to be acting as guide to at the bottom of the mountain, having committed an act of statutory rape on the youngest member of the group. He is losing his shit, basically, and matters are not helped by the obnoxious group of Germans staying at the hotel, who are probably literally Nazis. The only possible lifeline is Hannah Jelkes (Lia Williams), a well-spoken but penniless artist from Nantucket, travelling with her 97-year-old grandfather Nonno (Julian Glover), a frail old poet.

If that all sounds like A Bit Much – well it is, and that’s the magic of it. Williams’s seethingly weird human stew is hair-raising stuff; compassionate, cruel, macabre and intense, pepped up by shot after shot of tar-black humour. It has a terrifically entertaining cast, led from the front by a gonzo Owen, funny and frazzled and playing the role (and I mean this as a compliment) very much as one might imagine Nicolas Cage might play it. And Smith’s set is a thing of wonder, like a gigantic extra character, vivid and huge and disconcertingly believable, a portal to another time and place.

It’s all madly compelling, but then as it hits the final furlong Williams becomes overcome with a desire to wrap things up grandly and it starts to become a little unbearable. Most of the last half hour or so is a dialogue between Shannon and Jelkes, and thank the gods for Williams’s deeply odd, wilfully asexual energies – she doesn’t fight Williams’s script, but she does enliven it by refusing to simply be a human sounding board for Shannon to talk to about his Manly Pain. Even so, every piece of bombastic symbolism you suspect might be coming does come. I could give ‘The Night of the Iguana’ a pass for a short, predictable ending, but it spends what feels like days winding things up.

Still, that’s the deal with Williams, who wrote a handful of masterpieces and a lot of overwrought nonsense. ‘The Night of the Iguana’ is neither, though it’s a little of both. But for all its faults I’d still like to see it done a bit more – it has an intoxicating weirdness that’s hard to get over.