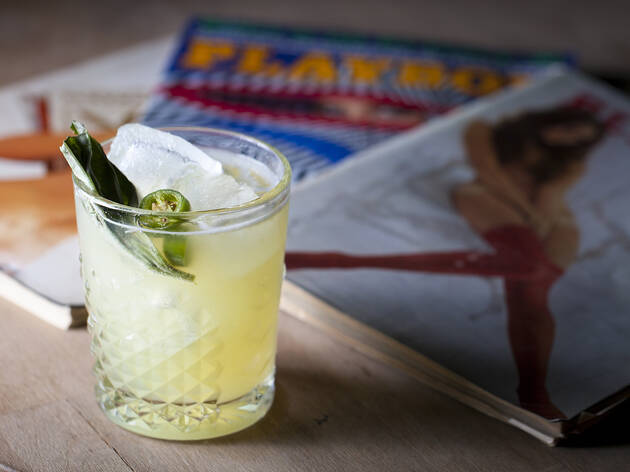 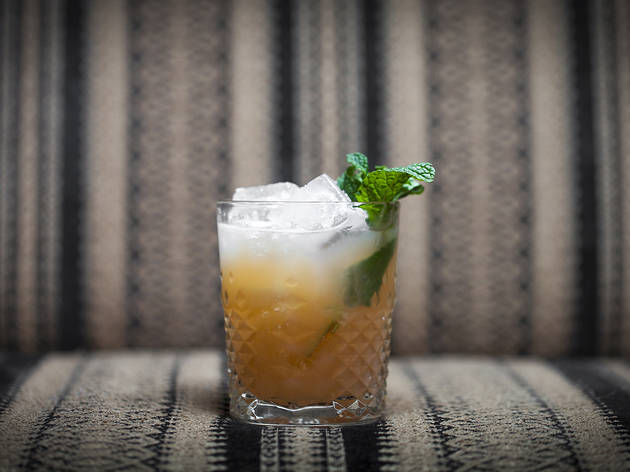 2/8
Photograph: Jakob N. LaymanGrounds for Divorce at Adults Only 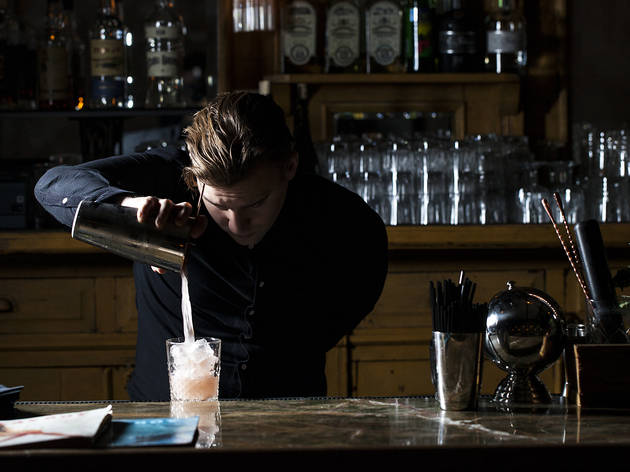 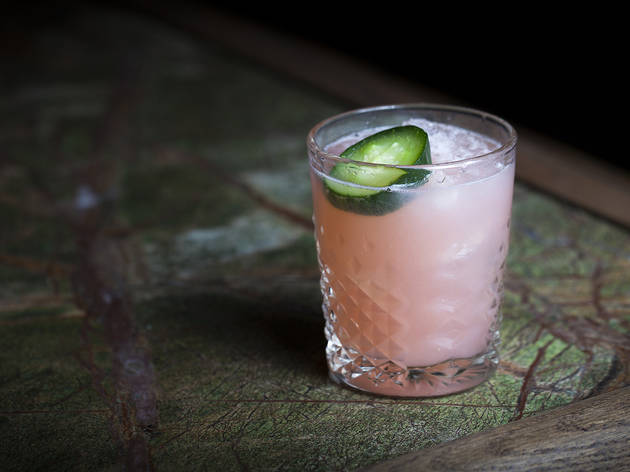 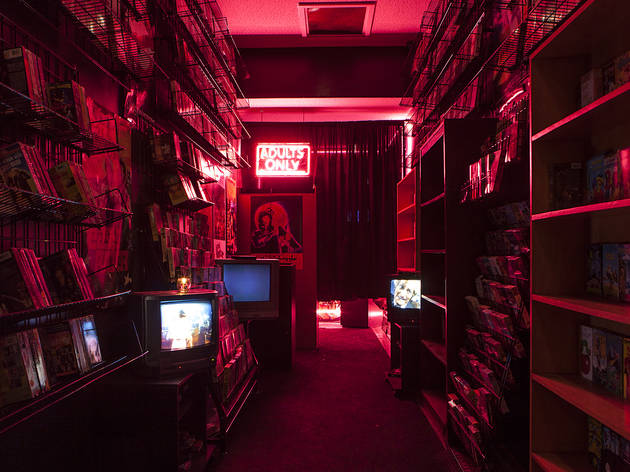 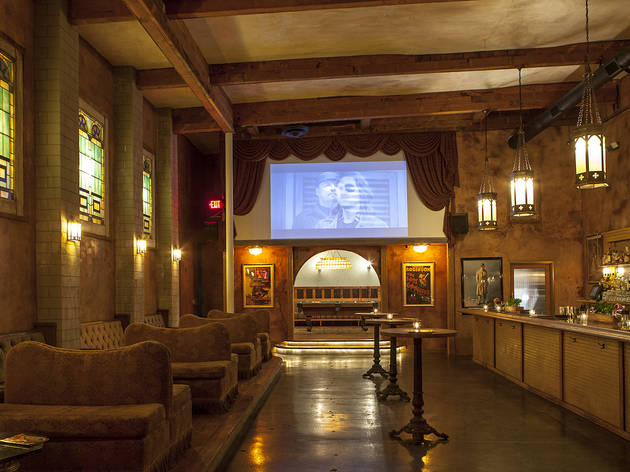 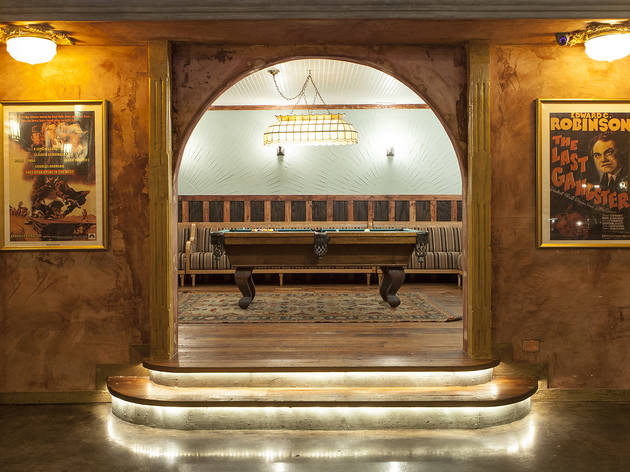 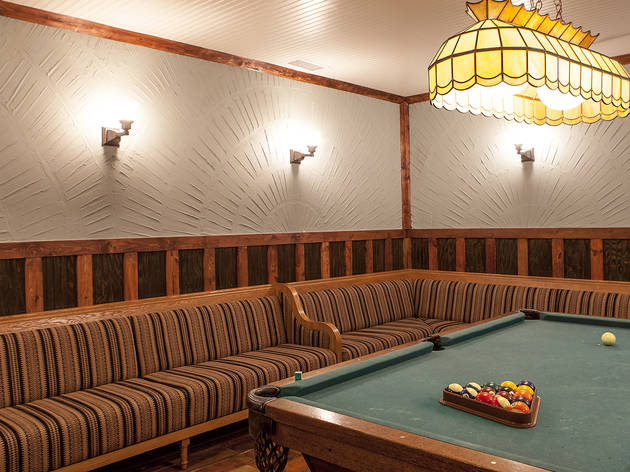 Walk through an adult video store—don't worry, it's just a prop—to this Hollywood speakeasy, where craft cocktails and club jams abound.

As if the name of this bar didn’t pique enough interest, the entrance is through the adult section of a phony Hollywood video store. You know that strip mall at Sunset and La Brea, the one with the Burger King? It’s in there. The shop itself is straight out of the ‘90s, with throwback portable TV sets playing classics, cult movie posters covering the walls, bookshelves jam-packed with VHS cases and everything bathed in pink neon light. Even the bouncer makes a convincing sketchy shop owner. Just keep moving until you reach the black curtain in the back. It’s a completely different vibe on the other side thanks to designer Matt Winter (Melrose Umbrella Co., Oldfield’s Liquor Room). Hanging cathedral lamps cast a moody glow over the sprawling space; with a DJ and plenty of room to dance, it gives off more of a club vibe than a speakeasy. An old-fashioned bar stretched out across the length of the room cranks out creative concoctions from mixology madcap Billy Ray (Blind Barber). Films—often with a good amount of nudity—are projected onto a wall, and below that, an arched doorway opens up into a billiards room. It’s just about everything a grown-up could want.

Good for: The last stop of the night. It’s dark and spacious and loud as hell. Bump hips with a sexy crowd in the lounge area or slink off to a side room to play pool (and actually hear yourself speak). You’re missing out big time if you don’t try at least one libation off the menu, as Billy Ray really brings his A-game and a sense of fun to the program. There’s an option for every palate, from a spicy mezcal margarita called the Dirty Sanchez to a stone fruit vodka mojito deemed Clueless.

The scene: Everyone loves a secret entrance, especially Hollywood types. Better dress to impress if you want to fit in. This place is a also a solid destination for birthday bashes, which makes sense given the abundance of seating and dance music on blast. And yet, it never gets too rowdy.

Drink this: Shots, beer, classics—Adults Only has it all. But if you want a quality beverage and you’re feeling adventurous, we recommend the Dirty Sanchez ($14). It’s a zingy refresher of smoky mezcal, lime, agave, cucumber, serrano chili and cilantro, sure to put a spring in your step. Those with an intense negative reaction to cilantro though might want to steer clear of that one. So instead, perhaps try a classic bourbon smash with a twist. Grounds for Divorce ($14) is a boozy, balanced concoction of Woodford Reserve bourbon (of which Billy Ray is the brand ambassador), lemon and mint, with a touch of yuzu bitters and apple spice. For those with a penchant for something pink and fruity (you know who you are), the Clueless ($14), made with vodka, lemon, honey, raspberry, cucumber and ginger beer, will do the trick. It’s crisp and not too sweet, and also goes down way too easily.

Our tip: When Googling this place, whatever you do, don’t forget to tack on “bar” after “adults only” in the search field. And we might as well mention the restroom is unisex and the stall doors are see-through. Cool, if you’re into that.